When I showed up for the appointment for Crush Your Enemies, I didn't know what to think. I was greeted by two fellows wearing horned barbarian helmets and thought I might have arrived at the wrong booth. Vile Monarch, the studio behind the game, was formed by Grzegorz Mazur & Kacper Kwiatkowski, who also happen to be members of the team who created one of my favorite titles ever, This War Of Mine.

Crush Your Enemies is in no way as serious or moving as This War Of Mine, and for the developers, that is exactly what they wanted. Picture your favorite RTS title, and then strip it of everything unnecessary.  Vile Monarch aimed to simplify the genre as much as possible, and the result is addictive game that is also extremely accessible.

The game consists of two factions vying over territory on the game map. Your objective is to, as the name implies, CRUSH YOUR ENEMIES. You do so by guiding your group of Barbarians across the map and converting squares from hostile to friendly. You can convert the basic barbarians to other types, like archers and warriors, by simply having them enter a friendly building of that type. No resources to mine or crafting periods. Once a path is cleared through enemy lines, you can pillage enemy structures and win the game. 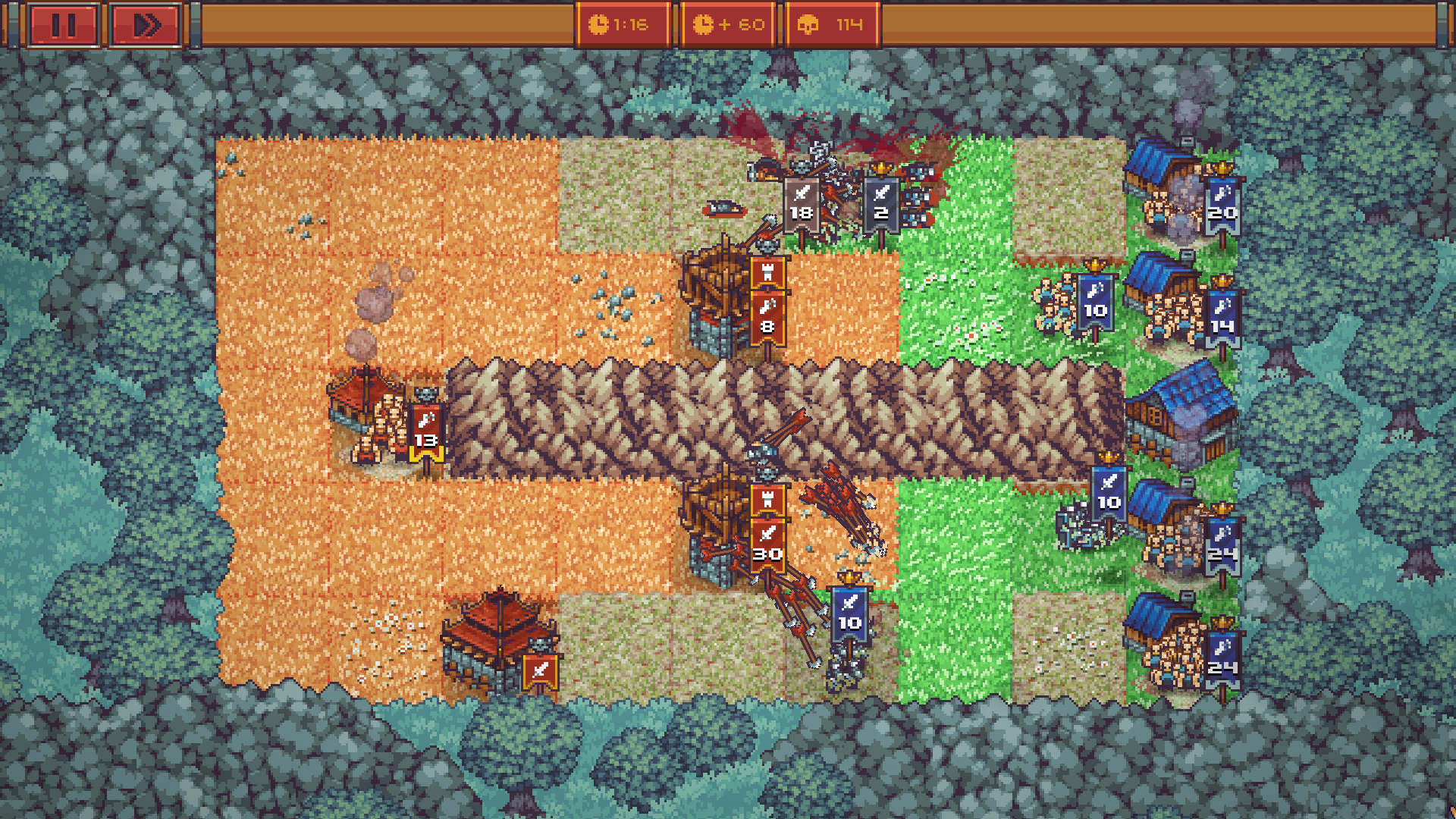 Did I mention that the game only requires a mouse to play?  The developers have gone so far to simplify gameplay that the use of a keyboard is unnecessary. Our demo station didn't even have one. This also means that the game will be coming  to Mac, Linux and Windows as well as Android and iOS, and Vile Monarchy has plans for cross platform multiplayer as well.

Just because the game is simple to play though, does not mean that it is easy to master. Because building your army is as simple as the click of a mouse, the game lets you focus on building real time strategy based on terrain and the movements of enemies. Sometimes you should rush right into enemy squares to get a jump on them before they can build a large force. Other times we kept our warriors on home turf, opting to instead slowly grind the battle out in a war of attrition. There are also challenges for each level. Some of them included beating your opponent quickly, while others were to only take a certain number of squares. This adds to the strategy, forcing you to think quickly in order to win and also complete challenges.

My cohort Andrew also took some time to interview the developers, which you can check out below.

Crush Your Enemies is a game that does not take itself too seriously, while offering simple yet engaging gameplay in short doses. You can get your hands on it on all platforms this spring.