Street Fighter 5 will be welcoming Alex from Street Fighter 3 as its first downloadable character next month and will support PlayStation 3 fight sticks and FightPads.

The report comes from one of Spain’s largest video game portals, Meristation, who appears to have leaked the information prior to an apparent embargo as the link to its story has since been removed. Luckily, members of NeoGAF were quick to pick up the information, even publishing screenshots of the PlayStation 3 controller support option within the game’s menus. 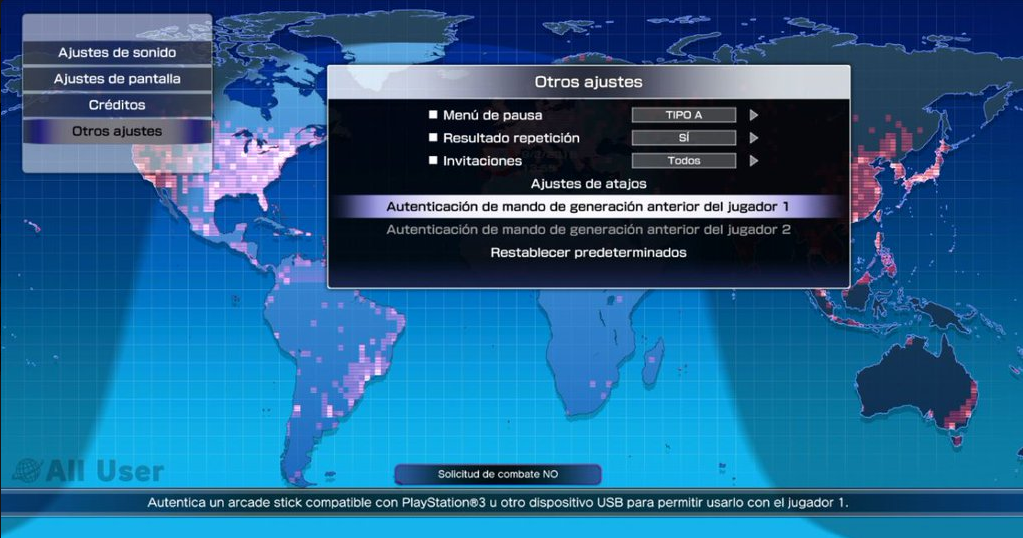 The screenshot, which you can see above, mentions players will need to register the PlayStation 3 controller in order to use them within Street Fighter 5. Both players can register their PS3 controllers, as well as restore the game’s default settings.

Another NeoGAF member notes Alex’s arrival might mean a previously-released image that shows the Street Fighter 5 2016 season pass lineup may hint as to when we can expect additional characters to be released. The image shows Alex as the first downloadable character, followed by Guile, Balrog, Ibuki, Juri, and Urien. This could mean we can see the following characters released in the coming months within the following schedule:

We’ve reached out to Capcom for comment and will proceed to update this story accordingly.

Update: Capcom has confirmed the majority of information in our story in their response for a comment. "We can confirm that Alex will be the first DLC character and he will be available in March," Capcom says. "In terms of the release schedule after that, we haven’t made any announcements. Additionally, the final version of Street Fighter V (on PS4) will be compatible with PS3 controllers."