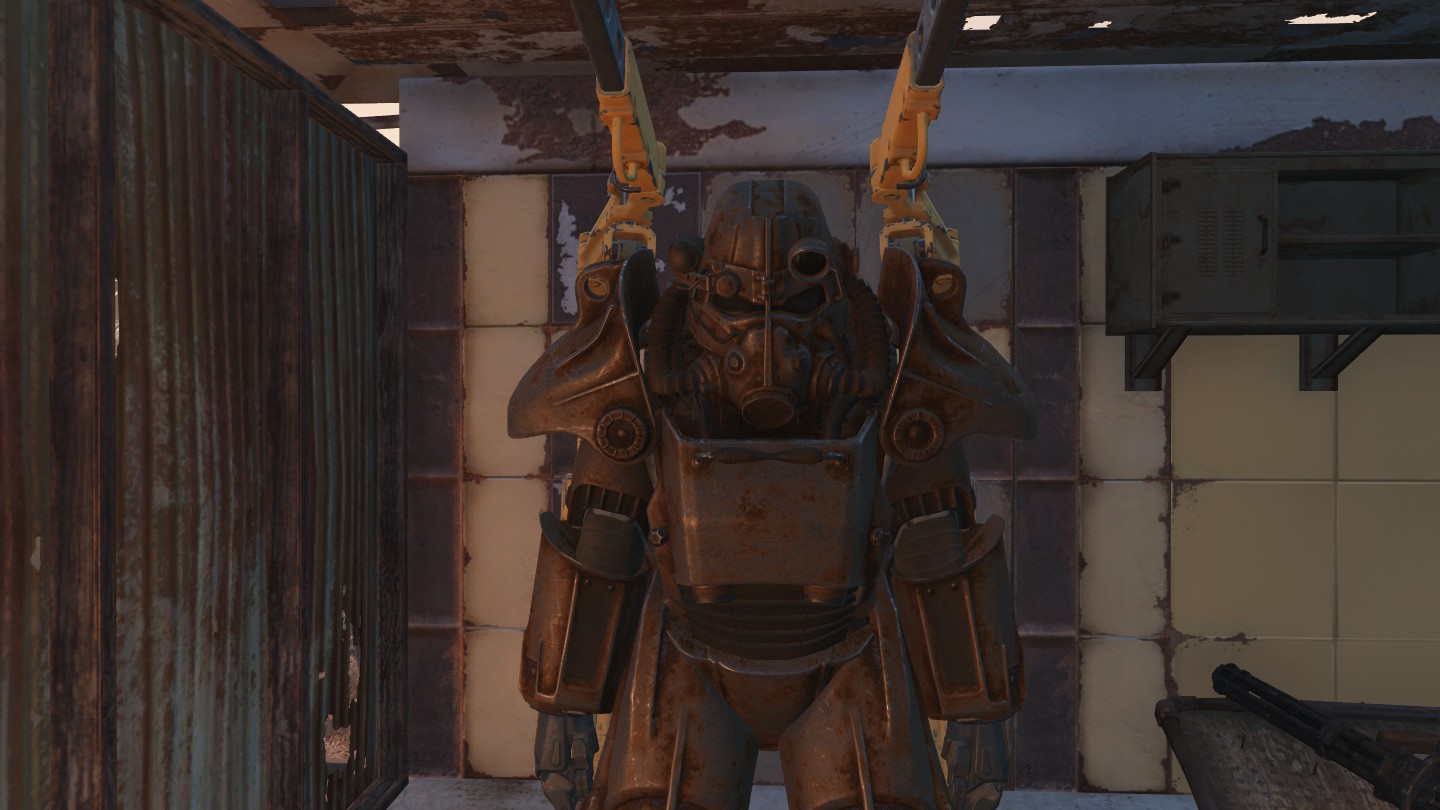 Unlike previous Fallout games, Power Armor is introduced to players early on in the main quest. The armor is pretty awesome, and is great for helping you run around the wasteland and feel like a complete and total superhero. But, after you've spent enough time fighting your Power Armor is going to need a few repairs. This guide will teach you how to repair your Power Armor, that way you can make sure you're always ready for what's waiting around the corner. 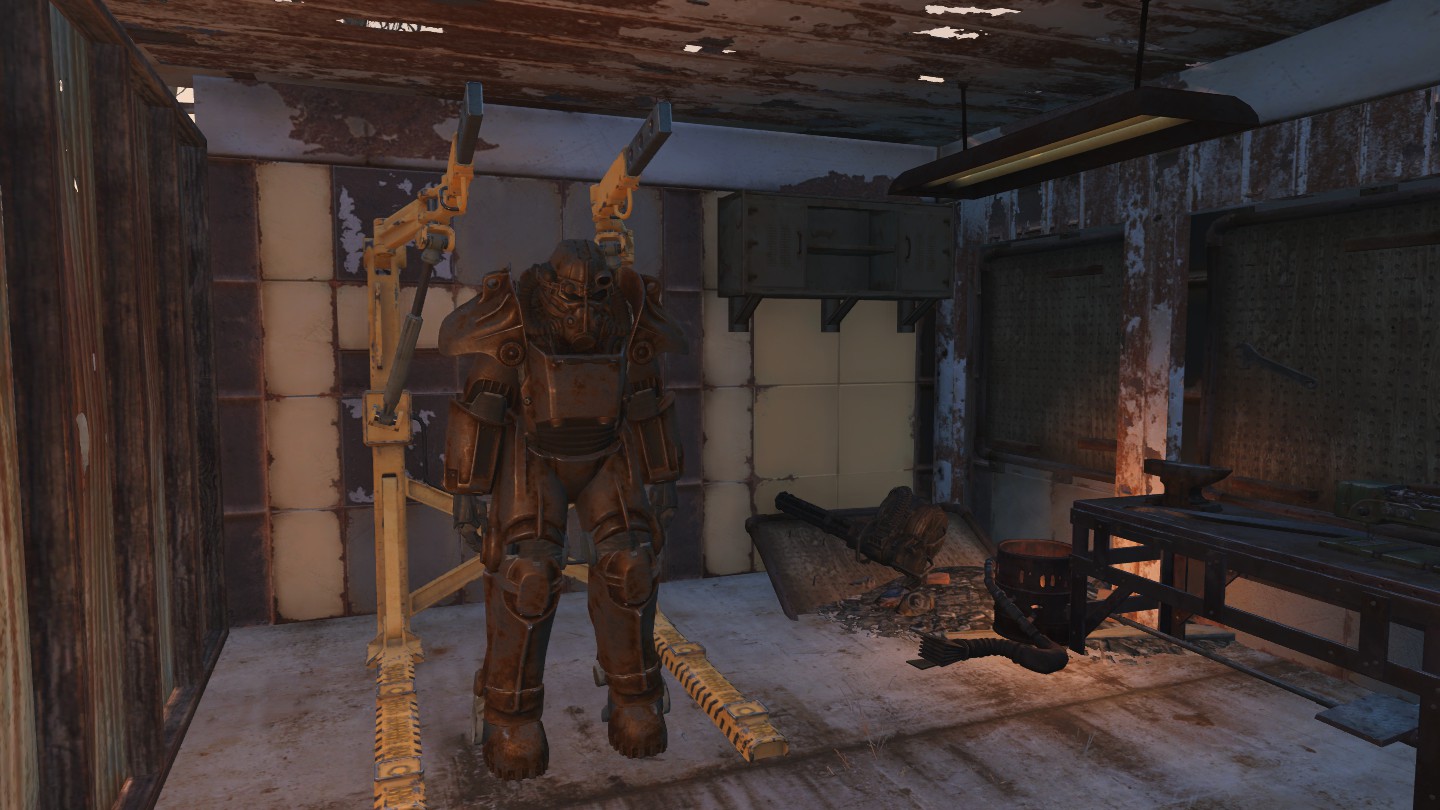 The first step to repairing your Power Armor is locating a Power Armor station. These can be found all over the place, so it shouldn't be too hard to put your hands on one. A couple of places to look for them include - The Airport, Red Rocket gas station outside Sanctuary Hills, Sanctuary Hills, the Abandoned Shack in the Glowing Sea, and more. Power Armor Stations aren't hard to find, so just roam around a little if you don't feel like jetting back to one of the places we listed above.

Once you locate a Power Armor Station it's time to hop out of your armor near the station. Now walk up to the station and interact with it, choosing the Modify option. Once the modification screen launches, look along the bottom to locate the button your console uses for repairs, and press it. That wasn't too hard was it? You can also change up your Power Armor's color, parts, and other things from Power Armor Stations.

How to Find the X-01 Power Armor

To find this set of Power Armor you'll need to make your way into the Glowing Sea and locate the Crater of Atom. From here head northwest to the edge of the map until you locate an Abandoned Shack. Head inside, careful to take out any enemies lurking nearby, and enter the trapdoor near the body in the middle of the room.

This underground area is swarming with Synths, so make sure you quicksave before heading straight into the fight. Then you'll want to make your way down the levels, taking out any Synths in your way. Once you're sure the area is clear, head all the way to the bottom of the installation and look in the back right corner (near the elevator doors), to find this armor set. It looks like the armor that appears is tied to your character level, so we suggest waiting until you are at least level 30 to find this set of armor. If it doesn't spawn for you then we suggest checking the National Guard post, or other military areas as the armor has been known to spawn there sometimes.

How to change your pirate in Sea of Thieves