Destiny: The Taken King - How to get the Chaperone Exotic Shotgun

Jolly Holiday is an exotic weapon quest that grants you the Chaperone. The Chaperone is a shotgun made famous by the Taken King live action commercial, and the quest to get it is quite a trek. This guide will show you how to get the quest, complete it, and offer up some tips to help you move things along a little bit quicker.

First things first. There are three prerequisutes that I currently know of to get this quest to drop. Firstly, you have to complete the Taken King main storyline (defeat Oryx in the Regicide mission), you must have The Last Word exotic hand cannon, whether year one or two, and you must be at least Crucible rank 3.

Once you've received the quest from Amanda it's time to grab your Last Word and head into the Crucible.

Shindig In the Crucible 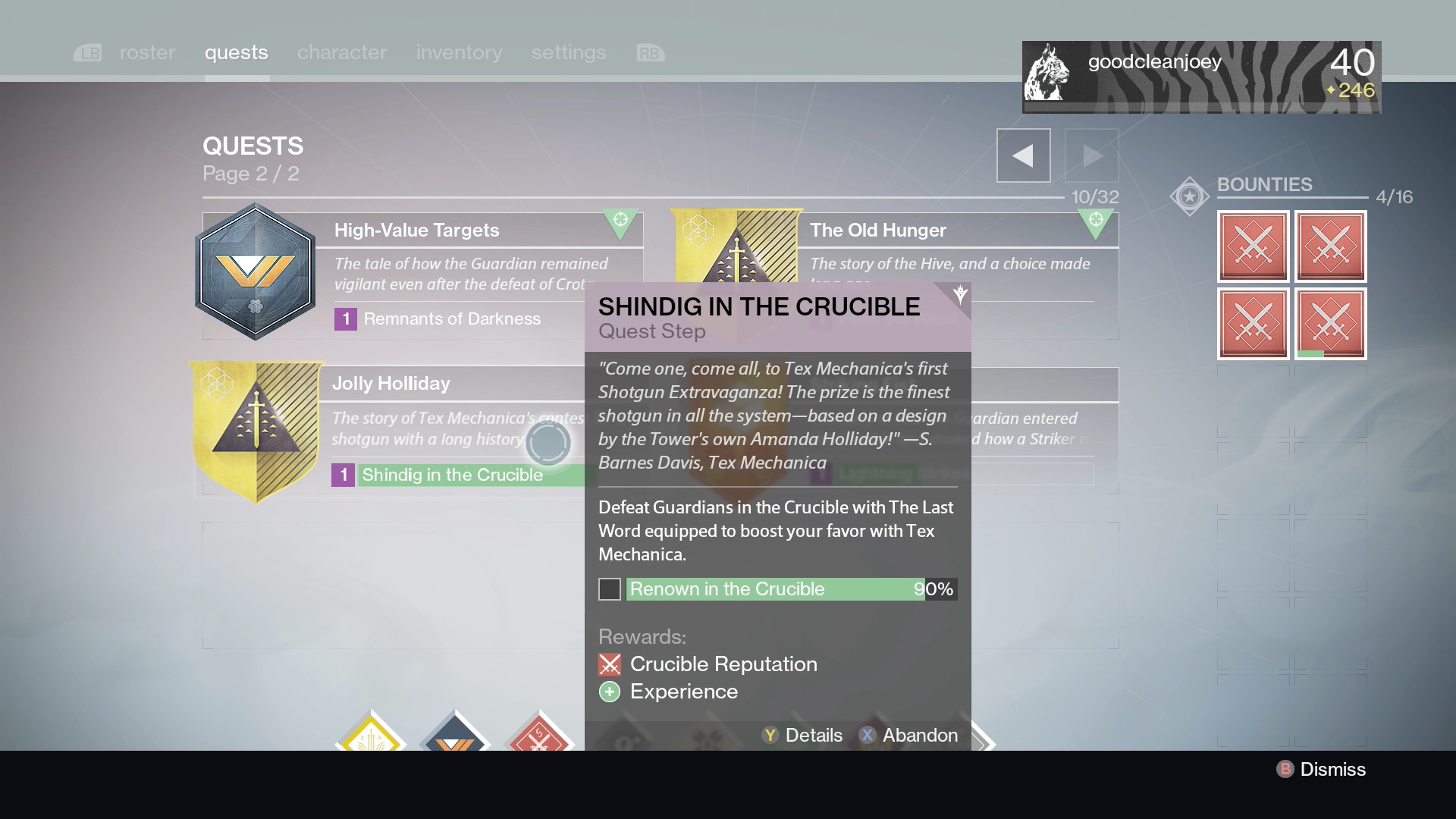 This step requires you to gain a certain amount of renown in the Crucible while using your Last Word.

This part takes a little explaining, as I was running around crucible matches using only the last word and no secondaries. The biggest thing to remember here is that you don't need to get the kills using The Last Word. All you have to do is have it equipped at the time of your enemy's death. This means Supers, grenades, melee, Special, and Heavy Weapon kills all count towards your renown, as long as The Last Word is equipped in your Primary Weapon slot. You also need to remember that any deaths you acquire while The Last Word is equipped will drop your renown. If you think you're going to do poorly in the match, unequip The Last Word and run something else.

Struggling to build up your renown in the Crucible? Try these quick tips to help you get out of your slump and press forward in the quest: 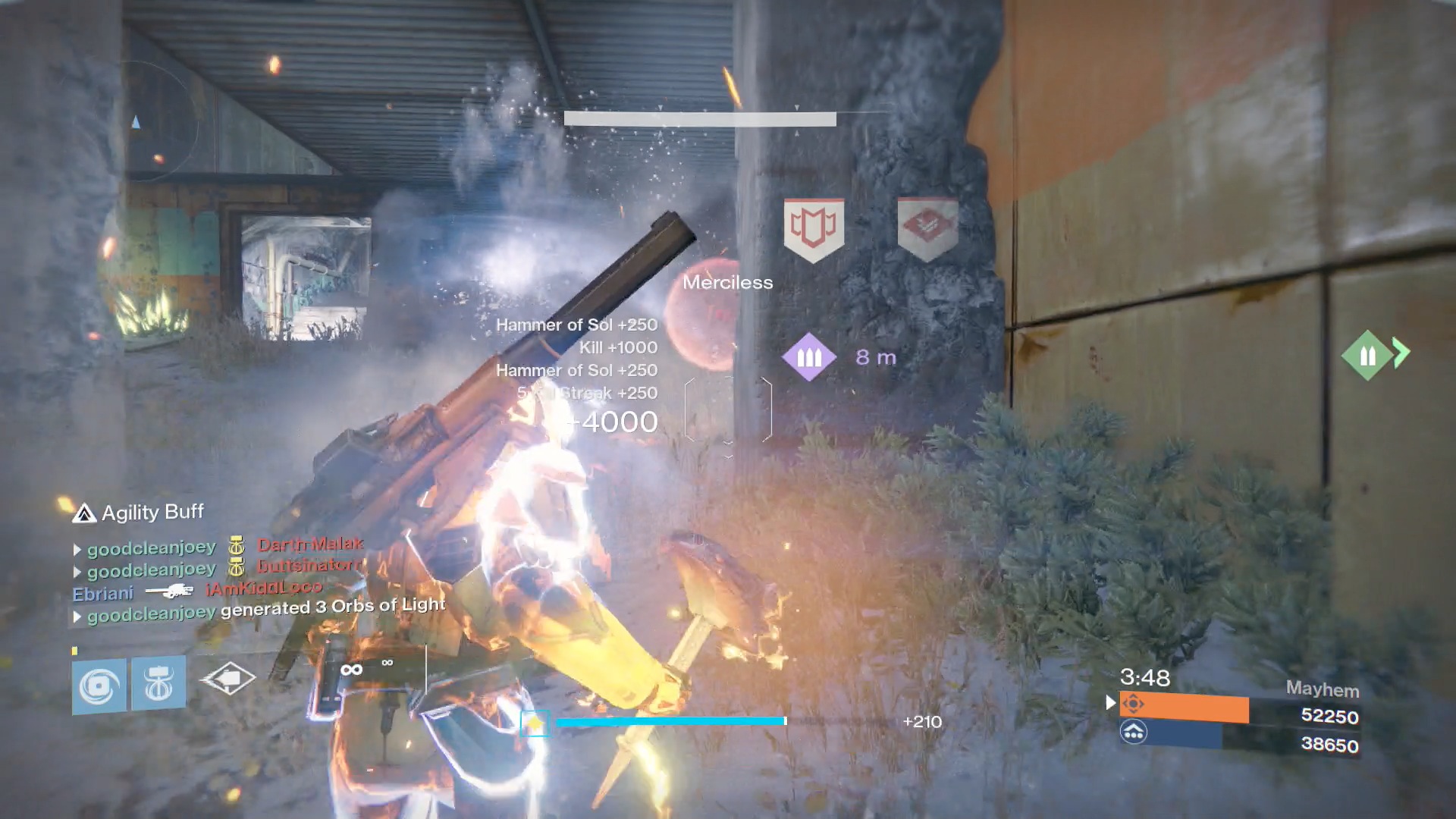 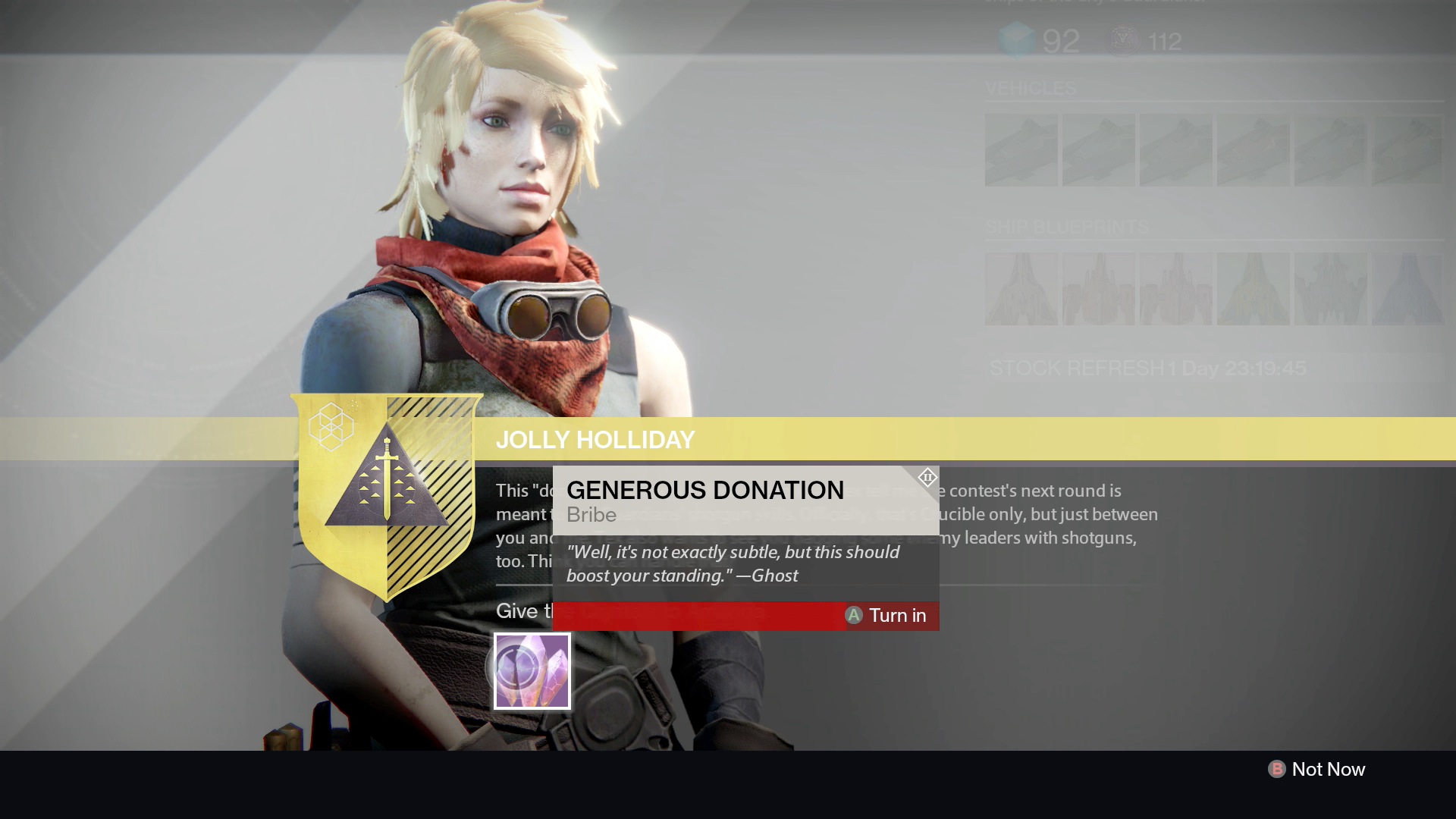 This step is the easiest, but the worst. You'll need to bribe the people choosing the winner of the competition. In order to do this you're going to need a total of at least 15,000 Glimmer. If you need Glimmer, make sure you are using your glimmer enhancing items, and going after majors/ultras. The easiest, and most well known is to load up the Exclusion Zone mission on Mars. Make your way through the mission until the Cabal alarms sound, and then kill the Majors that spawn in after the large blast doors open. Once the yellow bar enemies are dead, run forward and let the others kill you. It's a hit to your PVE stats, but in the end this is one of the easiest and quickest ways to farm for Destiny's chosen currency. Make sure you pop Resupply Codes every chance you can to help increase the Glimmer drops from Cabal enemies. It's a bit of a slog to grind for Glimmer, but it's going to be worth it, trust me.

Step one, kind of. This step you'll have to use your Shotguns to kill Guardians in Crucible, or Majors in missions. I've heard reports that launching Patrol on any world doesn't work, so I just did it by killing about 35 people with my Shotgun in the Crucible. If that's your thing, though, you can load up Heroic Strikes and get after those Majors. Deaths dont matter here, so just keep piling up your bodycount. I am also fairly certain that you have to get the kill with a Shotgun, unlike step one in which you just need to have a certain weapon on your person.

Two for the Road

The last step you'll need to complete is a special Level 42 version of the strike, Shield Brothers. The one catch though is you have to kill them with shotguns. I suggest going into this with people who know what's going on, otherwise you could end up like me, and have to do it twice. We made sure to land the killing blows the second time around with Shotguns and thankfully it completed. I wont bore you with mission specifics, as you have most likely already beat this during the campaign. Just know that my Titan's Defender bubble proved to be pretty useful, and Void weapons do wonders. All of the Psions have Void Shields and can be a pain in the neck in large groups. 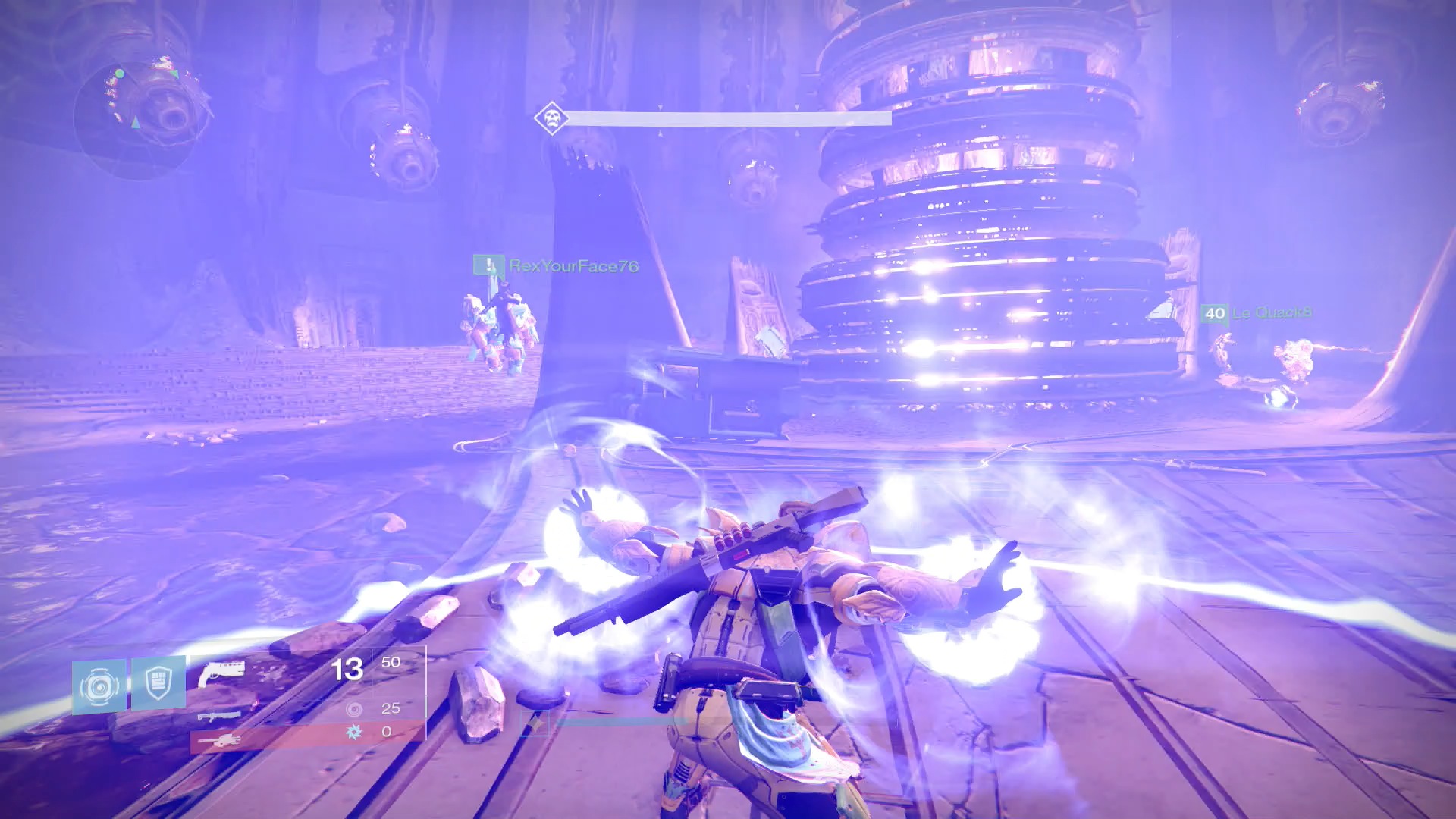 That's it. Head back to Amanda to complete the quest and gain your shiny new Chaperone! Keep in mind, you'll have to wait for a Weekly Refresh to get your new weapon, so if you don't like waiting, get your friends together on a Monday and get this thing done so you can wake up the next day and have your shiny new shotgun waiting for you at the Tower.

For more Destiny content be sure to check out our guide to all 50 Calcified Fragments, as well as our Destiny Walkthrough page which has more guides and cool content for you to check out.