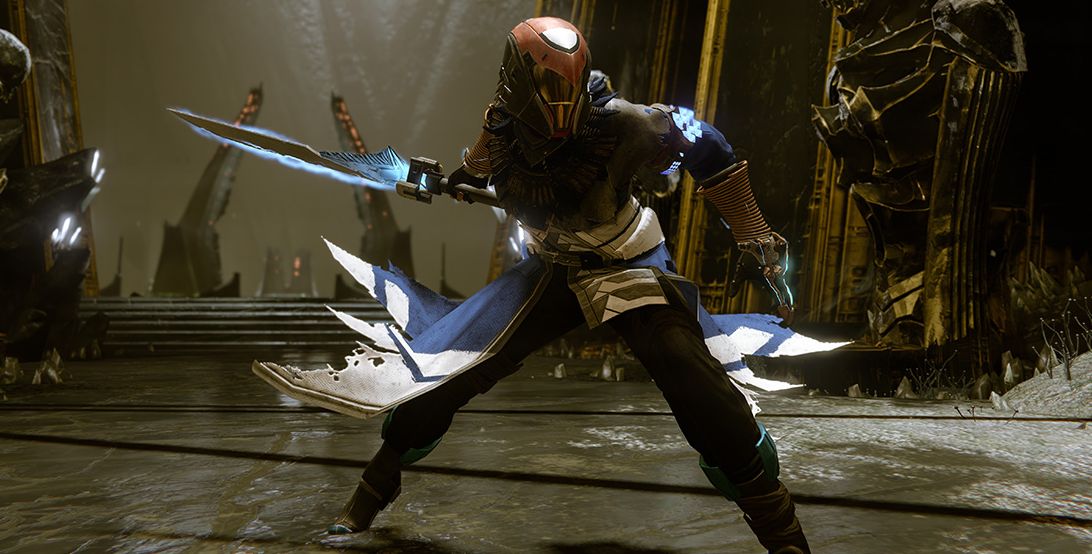 Destiny: The Taken King - How to Enter Court of Oryx - How to Beat Tier Three

Anybody playing Destiny’s newest expansion, The Taken King, has probably heard of the new Court of Oryx mode which can be found within the Taken King’s Dreadnaught. This guide will teach you how to enter the Court of Oryx, what it is, and how to beat all the Tier One bosses you might come into contact with.

Other Destiny: The Taken King Coverage:

What is the Court of Oryx?

The Court of Oryx is a new player-started Public Event which can be activated using runes, such as the Reciprocal Rune. After plugging a rune into the corresponding statue outside the Court of Oryx, players can then battle alongside Fireteam members and randoms to complete the event, and earn a reward. There are currently three Tiers of bosses available in the Court of Oryx. The first Tier is difficult, but not overly difficult, so a three man Fireteam can easily take them all down. Tier Two require more than a three man Fireteam to be the most effective, while Tier Three are the hardest, and require at least six Guardians to defeat. Each time you complete a Court of Oryx you will be reward, with the Summoner (the Guardian who summoned the boss using their rune) gaining the most rewards. Once you’ve either completed or failed a Court of Oryx trial you have Summoner’s Exhaustion, which keeps you from being able to summon another boss until the cooldown has ended.

Once you use a rune in the Court of Oryx, a random boss enemy will spawn. Tier One is made up of six bosses, and we have strategies for them below. Paired with skillful players, good communication, and the tips below you shouldn’t have many problems overcoming the first tier of enemies in the Court of Oryx.

This triplet of Wizards requires that all three be killed around the same time. If you fail to take the remaining Wizards down within the time limit after killing one, the dead Wizard(s) will respawn and you’ll have to kill it again.

The easiest way to combat this mechanic is to simply wear down the health of all three Wizards until they are fairly close to dead. Once this happens, bunch them up and use the Hunter’s new Nightstalker Super to Tether the Wizards together and put an end to their lives with a few rain storms of Heavy Weapon attacks.

This Hive Knight isn’t very special when it comes to boss fights. Much like the Prison of Elders boss Valus Trau’ug, this Hive Knight changes his shield type each time it is lowered. The big kicker here, however, is that the shield only stays down for a short time. This means coordination and Heavy Ammo are key to winning this fight within the allotted time. He isn’t a super tough boss to face, but it will take some time, and communication between your Fireteam to bring him down and claim your reward.

This Wizard is one of the easiest bosses within the first tier of enemies in the Court of Oryx. Unlike other enemies, his only special power is the ability to teleport to random parts of the arena, the raw end of the deal, however, is that he becomes tired after each teleport, which gives your Fireteam plenty of time to fill him with lead, rockets, and everything else you can throw at him.

Coming out on top with one of the most creative weaknesses, Krughor is a massive Ogre with a bulletproof shield. If you want to actually damage him you’ll need to take out the enemies that spawn with him, and then lay into his massive head with all the bullets you have left.

Whenever Krughor spawns he brings several Cursed Thralls with him. I’m sure we all remember Cursed Thralls from out stint in The Dark Below, where we had to facepunch them in order to complete objectives for that one forgotten mission that Eris Morn gave us. Simply shoot the Cursed Thralls next to Krughor to bring his shield down, then hit him with all the rockets and Heavy Machine Gun bullets you can to take him down fast.

This duo of Hive and Taken isn’t too tough to take down, but you’re going to need quite a bit of communication between your Fireteam to bring down their bulletproof shields. Much like Krughor, their shields only fall when certain parameters are met. Your mission, should you choose to accept it, is to bring these Knights in close together, let their shields fall, and then focus all your firepower on one particular Knight, as bringing one down lowers the other’s shield permanently. The Hunter’s new Nightstalker Subclass is extremely useful here, as you can Tether the two Knights together and then lay into them with your rockets or machine gun rounds.

Focusing on adds has never been more important in a boss fight than in this one. When the massive Cabal Bracus Horu’usk spawns in he brings tons of friendlies into battle with him. If you want to take him down, however, you’re going to need to focus all your fire on his friends. Once the other enemies are dead, Bracus’s shield falls, and you can murder him to your liking.

Once you've beaten all of the Tier One bosses, and completely charged up your Stolen Rune, it's time to head back into the Court of Oryx and take on all the Tier Two bosses. Luckily there isn't any new bosses to take on, however, you will have to contend with two Tier One bosses, so just use the same strategies listed above to finish them off and claim your rewards.

Once you've acquired a Antiquated Rune it's time to take on Tier Three bosses, featuring new faces and brand new mechanics. We haven't yet encountered any of these bosses, however, we have heard reports that they require a Light Level of 300 in order to be effective against them. This is just a rumor as of now, but we will confirm when we know more.

This is all the bosses we’ve encountered so far in the Court of Oryx, but be sure to check back often for more details about The Taken King’s new systems.