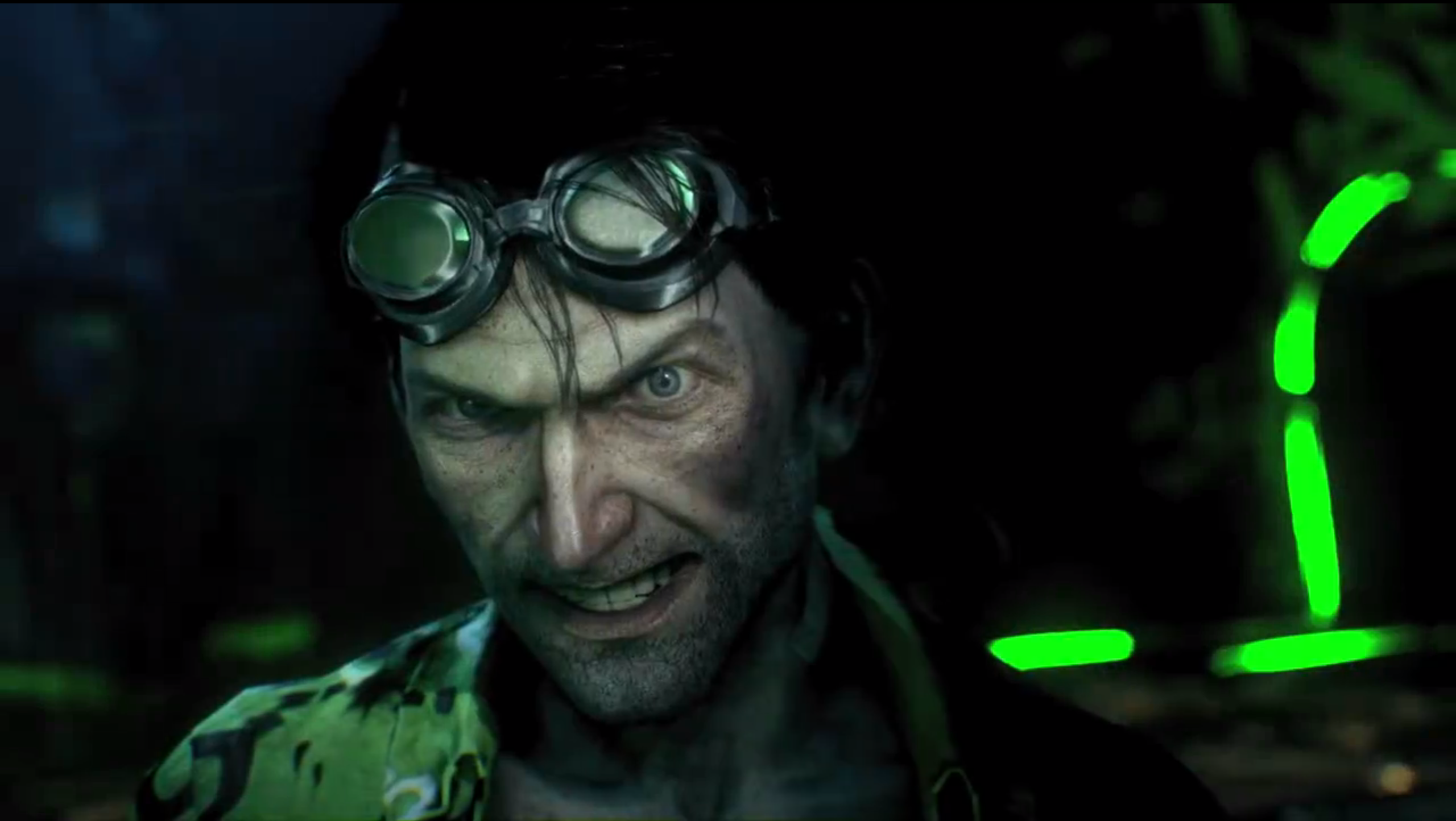 How to Find all the Riddler Trophies in Batman: Arkham Knight

Head into GCPD and make your way back to the Clerk’s desk in the Evidence room. You’ll find this trophy next to it, just waiting for you to pick it up.

Make your way to the eastern pier just south of the Clock Tower, and then use the Batclaw to grab this collectible from under the walkway next to the boathouse.

Locate this trophy by making your way to a run-down building on the western pier just south of the Clock Tower. Grapple up, and into the second level to find this little collectible resting at the top of a small set of stairs.

Locate the generators under the bridge that leads to Ace Chemicals to find this trophy resting nearby.

You can find this collectible by locating the large Ace Chemicals tower on the small island up north. Climb to the top and grab this trophy from the walkway.

Just north of Langstrom’s Lab you’ll find a destructible wall. Tear it down, and then climb inside to find this trophy waiting on the floor inside.

Find this collectible by locating the shed north of Langstrom’s lab. Make your way to the northern side of the building, then climb inside to find this trophy waiting inside.

Take down the destructible wall to the east of Langstrom’s Lab, and then grab the trophy from inside.

Find the warehouse in the center of the island, then head inside and up onto the walkway to find this collectible.

To find this Riddler Trophy, make your way up to the shipyard in the northern part of the island, and then climb into the contained hanging from the crane.

Snag this trophy by making your way to the helipad on the roof of Panessa Studios, then follow the stairs down, and then enter the hole in the wall at the bottom.

Locate the destructible wall on the northern building of Panessa Studios. Destroy the wall, then head inside to score this trophy.

Make your way to the backside of the northernmost building at Panessa Studios. Destroy the destructible wall a few levels up, and then climb inside to find this collectible.

To find this trophy you’ll need to head over to Merchant Bridge, then locate the small house by the water. You should easily spot this trophy resting on the table outside.

Head to the eastern lighthouse, then locate the gardening shed. You’ll find this collectible inside.

To find this Riddler Trophy you need to make your way to the Cauldron. Now it’s time to locate the Kord building. Once you’ve found the sign, aim up at the destructible ceiling nearby, and destroy it. Then climb inside and nab this trophy.

This Riddler Trophy can be found by locating the Fancy Belly billboard near Mendo Soap’s skyway. Climb into the window just above and to the right of the billboard, and grab this trophy off the table inside.

We'll be updating this article with more trophy locations as we find them.