Final Fantasy X/X-2 HD Remaster appears to be making its way to the PlayStation 4, according to Square Enix’s online store in France which accidentally let the news of its existence loose a bit prematurely.

The listing, which was spotted by an eagle-eyed NeoGAF user, states the title is expected to be made available on the PlayStation 4 some time in spring 2015. The listing has since been removed, but as you can see by the image below, the listing did exist at one point. 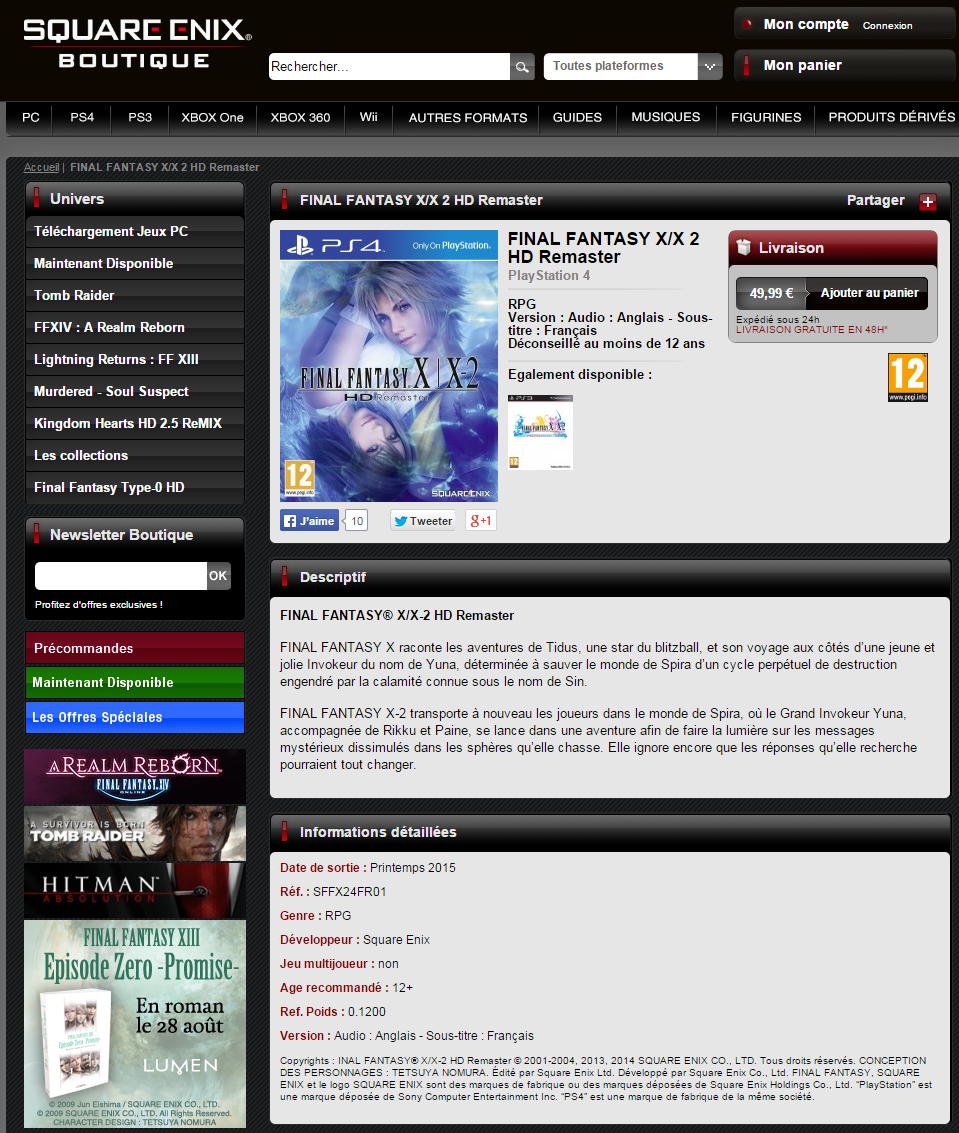 Shacknews has reached out to Square Enix to learn more about this possible leak. We’ll be sure to update this story as soon as we hear back from them.

Final Fantasy X/X-2 HD Remaster was released not too long ago on the PlayStation 3 and PS Vita. The title offered both games in a single package along with enhanced graphics, rearranged soundtracks, and additional tweaks. I would assume this version would also offer the same enhancements considering how long it took Square Enix to deliver them in the original title, this time, in a pretty PlayStation 4 package.

[Update: A Square Enix representative replied to my request for more information regarding this listing. As you'd expect, they didn't have much to share. "We are looking into this matter and have no comment at this time."]