Brian Leahy
April 23, 2010 12:01 AM
0
Earlier this week, members of the press and community were invited to Blizzard headquarters to play new missions from StarCraft II's singleplayer campaign, including the first mission from the Protoss mini-campaign and new cinematics. Also being shown off were the game's finalized mercenary, upgrade, and research systems.

In total, three new missions were playable. The first had Jim Raynor's Terran forces collecting precious gas from geysers guarded by fanatical Protoss forces. The mechanic required bringing an SCV to harvest the gas, which left it vulnerable to be destroyed. An army was needed to defend it while it worked.

At the same time, the Protoss would bring its own army and worker in an attempt to seal a geyser. This forced me to maintain two armies, all the while defending my base from counterattacks as I rushed to harvest seven geysers.

The second mission was completely different from the first. In it, my Terran's land on a planet and take over a destroyed excavation site with a giant laser drill. Using the drill, I must keep it focused on the doorways to a Xel'Naga temple while defending my position from increasingly difficult Protoss forces.

When the enemy starts fielding powerful units like the Archon and Colossus, I am able to turn the laser on them to kill them quickly, but I lose drilling time on the door.

The third mission is introduced through a beautiful CG cinematic as Protoss Dark Templar Zeratul meets up with Jim Raynor aboard the Hyperion Battlecruiser. Zeratul gives Jim an artifact that allows him to experience what Zeratul has; a hunt to discover a Xel'Naga prophecy and a run-in with Zerg-infesed Kerrigan.

The first Protoss mini-campaign mission places a lone Zeratul in a Xel'Naga temple, avoiding Zerg patrols while finding ruins telling of a prophecy. Using his teleport ability and the ability to neutralize enemy stealth detectors for a limited time, Zeratul is able to make it through the temple before eventually meeting up with a group of Stalkers.

Combining forces, I must carefully micro my units, using Zeratul to eliminate dangerous ground forces while my Stalkers kill air-based enemies and detectors. In the end, I meet up with a High Templar and some Zealots that hold off Kerrigan's Zerg forces as I escape. More and more Zerg forces attack as I frantically run to my ship, losing Stalkers in the process.

I was also able to replay all of the missions I got to try out before Blizzcon 2009, each with additional polish since the last time I played them. What is so exciting about StarCraft II's campaign is that each mission that I've seen thus far plays differently than all of the others.

Finally, the game's mercenary, upgrade, and research systems are finalized, according to lead producer Chris Sigaty. Each system offers a way to experience campaign only bonuses, upgrades, and elite units. Mercenaries must be hired and are all based on existing units. Once in a mission, players can build a Merc Compound and hire mercenaries, which instantly appear on the battlefield. Each merc can be hired a set number of times per mission and come with different amounts of units. The elite marines yield 4 physical units and can be used 4 times per mission, for example.

The upgrade system allows players to boost infantry, vehicles, and buildings between missions. Each unit or building has two upgrades. This is done through credits, which are earned after each mission. For example, Siege tanks can be upgraded to do more damage to their targets and/or do less damage to friendly units. Bunkers can grant additional range to units inside and/or an increase of capacity by two.

Research is conducted along two paths with each path offering binary choices at regular intervals. During missions, players will receive "Protoss Research" or "Zerg Research" by completing side objectives. At every interval of five research, a choice must be made between two different upgrades on each path. These upgrades are generally more impressive than the ones available via the upgrade system. For example, players can add turrets to the top of bunkers or add a secondary area-of-effect attack to missile turrets.

StarCraft II: Wings of Liberty features a full Terran campaign and Protoss mini-campaign. It is scheduled for a mid-year release on the PC and Mac. 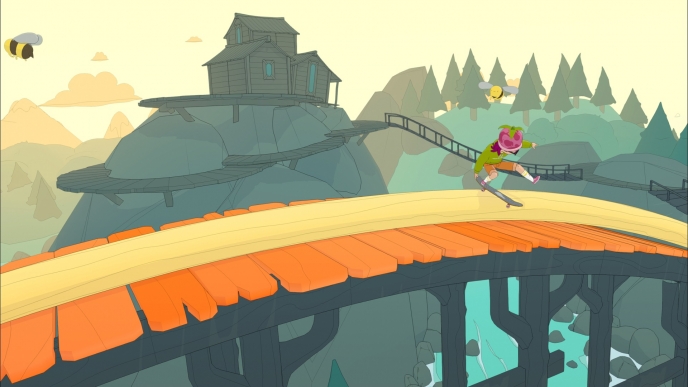