Left 4 Dead 2: The PAX Interview, or How You Made Valve's Chet Faliszek Cry

Nick Breckon
September 9, 2009 5:06 PM
0
Along with many Shackers, the staff here has been hoping for a theme park campaign for some time. In fact, we even asked Valve writer Chet Faliszek about it at E3.

"Are you guys taking pictures from our office or something?" he said in response, laughing. "Um... there's some stuff we'll be talking about later."

Fast forward to PAX, and we've got our hands on a theme park campaign in Left 4 Dead 2, the wonderfully off-beat Dark Carnival. Surprise!

Unfortunately, it wasn't all fun and games with Faliszek this time around. In fact, there were a few tears. And it's all your fault. But he doesn't want your sympathy--just a chance. Read on for some talk of the game, and an explanation of this goofy tease.

Shack: I have to tell you, just after Left 4 Dead was released last year, there was a thread on Shacknews that someone started asking what people wanted next from Valve as far as new levels. One of the first responses was a theme park campaign, and the second response was me agreeing.

Chet Faliszek: We did it for you.

Chet Faliszek: We saw that and said, "How can we not deliver?"

Shack: Well, thanks! But seriously, what was the inspiration behind this campaign?

Chet Faliszek: So, we mainly kind of designed the whole set of campaigns as, it was really first New Orleans, Savannah, swamp, then we started looking at Georgia. We were like, well, we could either do some rural city things, or let's just kind of do a little... goofy one. And what you're playing here doesn't have the games you get to play, you haven't gotten to ride any of the rides yet, you haven't seen the finale yet, which is an odd finale. In a way, it's kind of like, you know how in the X-Files they have those one-off episodes?

Chet Faliszek: We went a little goofy on this one.

Chet Faliszek: No hall of mirrors.

Shack: So what's coming in the rest of this campaign? Will we see new enemies?

Chet Faliszek: So the new uncommon common for Whispering Oaks is the clown.

Chet Faliszek: And once he starts walking fast, or running up to you, his shoe squeaks. And if there are any common infected out there, they'll all come following after him, so you want to shoot him quick.

Shack: And the Jockey is in there.

Chet Faliszek: Well the Jockey is for everything. He's a special infected, and he jumps on your back and pulls you into evil, evil places.

Shack: So when a player is playing as the Jockey, how does that work? Do you have minimal control? Can you shoot people?

Chet Faliszek: No, no. As a survivor being Jockeyed, you have some control, but you have less control than the Jockey. So the Jockey can start running you this way, and if you try to push back, he's going to win because he has more control. But what you can do is lean to the left and the right, and kind of steer that way. And so you'll see a good move is, jump on the guy, get him around the room, and around the corner so you can't be shot off. You'll see the AI and human players run people into Witches.

Chet Faliszek: Fire, throw them off cliffs, or into the Spitter's goo. So all of those tiny mechanics in there... the survivor's trying not to go there, and the Jockey is trying to lead you there.

Shack: After playing the swamp section here, and parts of the theme park, it seems like you're going for a much more open approach to the outdoor areas.

Chet Faliszek: Some of the campaigns have that definitely. The first campaign is a little more tight. The parts of New Orleans that we haven't shown much are a little more tight. But we wanted to get some variety. In Left 4 Dead 1, the way the director worked, and the way the world worked in there, some of the outdoor maps were much harder. I think the beginning of Blood Harvest is really, really hard, because [the zombies] are so close to you. So we wanted to take what we learned there and make the outdoor fun as well. Players tend to like a more open area and define how they want to travel through the area, but even then we want to keep choke points because in Versus the other team needs to know where you're going to go.

Shack: Are there divergent points?

Chet Faliszek: Oh yeah, often you'll have multiple paths where you can go around. They'll always lead back to the same place, because you have to go to the same safe room. But in a lot of different ways, things can get interesting. But And then of course we'll have choke points that leave you open.

Turn the page for more. _PAGE_BREAK_


Shack: I wanted to ask you about transitioning from Left 4 Dead 1 to Left 4 Dead 2. Has any decision been made as to whether there will be support for the first game?

Chet Faliszek: So the inter-opterability between the two?

Chet Faliszek: We're working on what that will be. There are some technical problems, issues, we're working things out.

Shack: Are you optimistic that will make it into the game?

Chet Faliszek: Yeah, yeah. I'm not exactly sure what it's going to be. At some point when we're near shipping and that's set, we'll get smarter people who know technical stuff to come out and talk about it. And that won't be me. I don't mean to punt on that, but until it gets closer and we know what it is.

Shack: I also wanted to ask about the pre-order exclusive weapon that was just announced.

Chet Faliszek: [Chet checks his email quickly.] I'm sorry--I actually got another question on that and I've been out for two weeks. So, it's the baseball bat, and--I had to ask [Valve PR chief Doug Lombardi], you know, "Dude!" We'll have a formal press release on that out soon.

Shack: Is that something that will be just on console, or both platforms?

Chet Faliszek: Both platforms. And I do know how it'll work is, if you're playing with somebody that's preordered it, everybody playing gets it.

Shack: And is it essentially a re-skinned cricket bat, or a unique weapon?

Chet Faliszek: No, all the melee weapons have slight variations on how they work. It's its own weapon and it has its own characteristics.

Shack: Just looking at the game on paper, there must be a lot of stuff you guys still haven't shown yet.

Chet Faliszek: We have two campaigns we haven't shown. We have new uncommon common we haven't shown. And we do a lot of things like--we're sitting here staring at a sheriff's car at the beginning of this campaign. That's not how the campaign starts; it actually starts differently. But we just wanted to hold some of that back.

Inside the [theme park], we haven't seen the different toys you can play with inside there. We haven't seen the Hulk special's new look. We haven't seen the new game mode. There's a whole bunch of stuff in there that we still haven't talked about. And everything we've talked about--we let people play the French Quarter and the finale there, but when they come back and play it they're going to see how different it is. Part of it is we've been showing the game and deliberately decided to hold some stuff back.

Shack: Do you think the reason that the fan reaction to Left 4 Dead 2 being a full-priced game was so... "immediate" was that you are holding some of that stuff back?

Chet Faliszek: Yeah, I think when we try to talk about that... we kind of stop trying to say stuff because we don't want to... it's like, look. We're going to keep going on Left 4 Dead 1. We've got all this stuff coming out on Left 4 Dead 2 that we don't want to talk about yet. We hate talking about stuff that we don't know exactly is going to happen, because then we cut something or add something.

And so actually to that end, I know you guys followed up on the Offworld interview with Jim Rossignol, where I talked about how we had hoped to get the [Left 4 Dead 1] DLC out beforehand. And I hated that... I read your forums and it made me cry. [laughs]

Chet Faliszek: They thought I was making an excuse. I didn't think... in that interview we were talking about the trials and tribulations of developing, and we had never talked about that before, because I didn't want to make an excuse. I wanted to say, here, let's keep working on our stuff and show you.

And so I hated that that looked like an excuse, because I have more respect for the people that play our games than that. And you don't need to have words at this point. Even now, just play Crash Course when it comes out, take a look at Left 4 Dead 2 when it comes out. I apologize if anyone thinks that I was making an excuse there, because that was not my intent.

Shack: I don't think we spun it that way, either. [laughs]

Chet Faliszek: Oh no, no, no, no, I know. It's just, when you're making stuff and you realize, oh wow, this isn't going to work, we can't ship this. Or, when things happen during the process that... I won't even tell you on the record because it'll sound like more excuses. But things that make you say, "Are you serious?" You pull your hair out trying to get [a game] out.

And so, just to let everyone know, we're not trying to make excuses. We're trying to say, keep looking at Left 4 Dead 2. Keep seeing what we're going to do on Left 4 Dead 1. There's a demo coming out for Left 4 Dead 2 before it comes out. Judge us on that, not just by me talking about it, right? 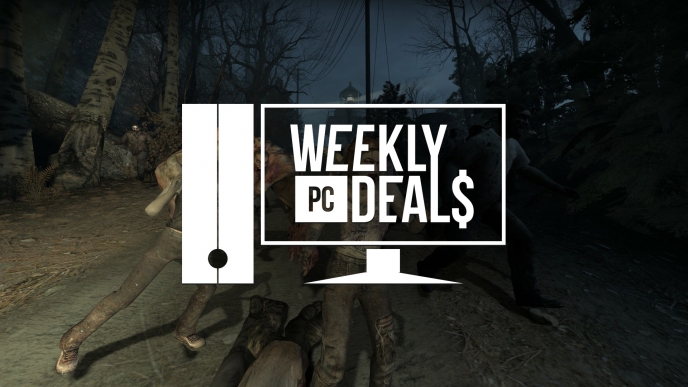 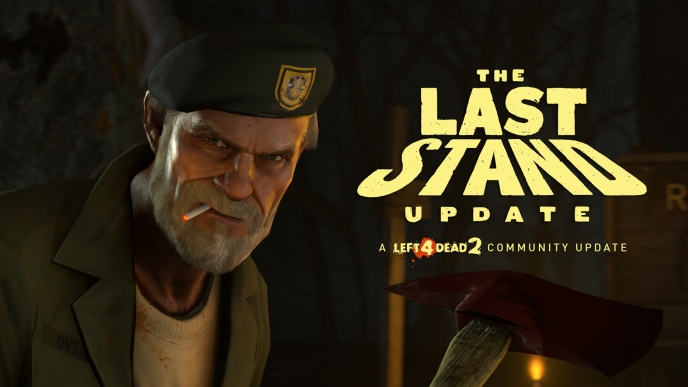 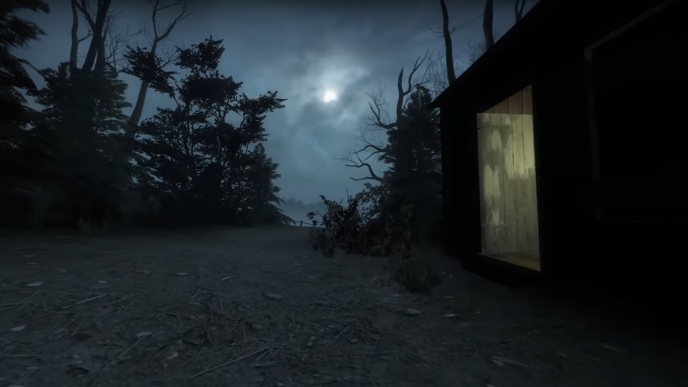 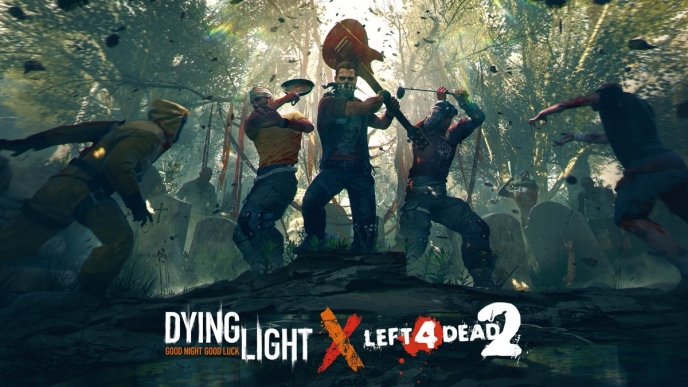 Dying Light is getting a Left 4 Dead 2 crossover event