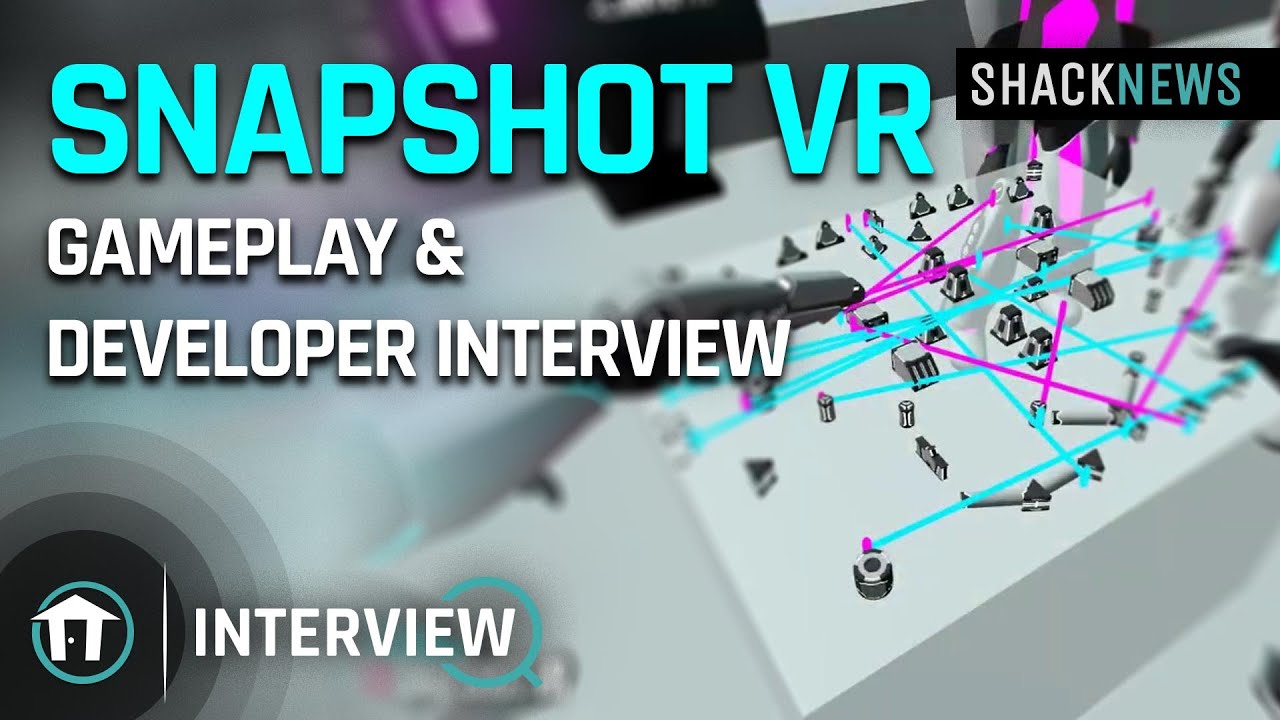 Snapshot VR, the latest project from GIANT SCAM is an arena shooter played entirely in virtual reality. Set to release in August, the development team has just about wrapped their work on the title, and joined us live to talk about it. We spoke with GIANT SCAM in a lengthy interview, where we learn all sorts of details about Snapshot VR’s development.

Hosted by our own CEO and Editor-in-Chief Asif Khan, we learned a plethora of information about game development during our interview with GIANT SCAM. Making online multiplayer games that run smoothly is already a monumental undertaking on its own. Doing it in vr? It can feel like the ultimate challenge. GIANT SCAM speaks to this during the interview. “UNet has been a mess” a developer stated when talking about the troubles of making the game work online. The developer goes on to share that they’ve had to implement their netcode stack twice to try and better the online experience.

One of the biggest hurdles with vr is accessibility. Virtual reality just isn’t commonplace in most homes like your standard consoles, or even PCs. Add onto that the fact that there are a handful of separate vr headset producers as well as games specifically compatible with them, and it gets even trickier. GIANT SCAM is looking to make Snapshot VR available for as many devices as possible. In the interview, the developers confirm that Snapshot VR will be playable. with any headset compatible with Steam VR. While it may not be available on the Oculus Quest at launch, they’re already working on getting it ported to the headset down the road.

If you enjoyed this interview, check out GIANT SCAM’s website to learn more about Snapshot VR. For more exclusive interviews, subscribe to Shacknews on YouTube. Lastly, if you want to catch these developer interviews live and submit your own questions, be sure to follow us on Twitch and turn on that notification bell.