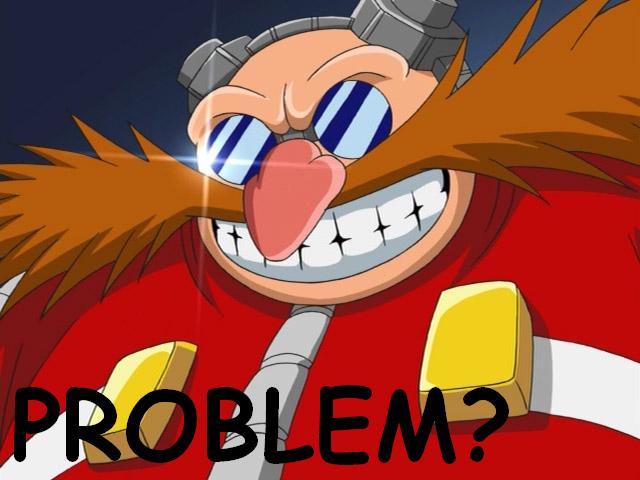 Update: According to @YVRShoots and confirmed via PR for Jim Carrey, this is not, indeed, Carrey. Thank goodness – it certainly didn't make much sense.

Not Jim Carrey. This is actor Frank C Turner with James Marsden as the Green Hills Sheriff. Ladysmith is rife with rumours that Jim Carrey is in town for the shoot but I haven't seen him yet.

When the news broke that actor and comedian Jim Carrey would be playing Dr. Robotnik, or Eggman, in the upcoming Sonic the Hedgehog movie, fans were understandably confused. Now that the actor has been shown off on set in today's photos that depict Carrey and James Marsden acting opposite each other, fans are probably a lot more confused.

A tweet via YVRShoots depicts Carrey here looking totally unlike himself or like the character he's portraying at all. It's confusing, for sure, how he's supposed to resemble the iconic villain, but at this point perhaps it's too early to tell how things will change before the movie hits theaters. You can see him portraying an old man with a beard looking a bit quizzical in the images.

Here's what I think: This could be Eggman in some sort of disguise, like this is some sort of civilian "ruse" or something to that effect. Honestly, if anyone's out there thinking that the Sonic movie is going to be anything like what we might call "good," they'll likely be sadly mistaken, anyway. It's looking pretty gnarly already. But, hey! If we can be pleasantly surprised, that'll be a nice change of pace. Sonic needs a break and a change of pace for once.