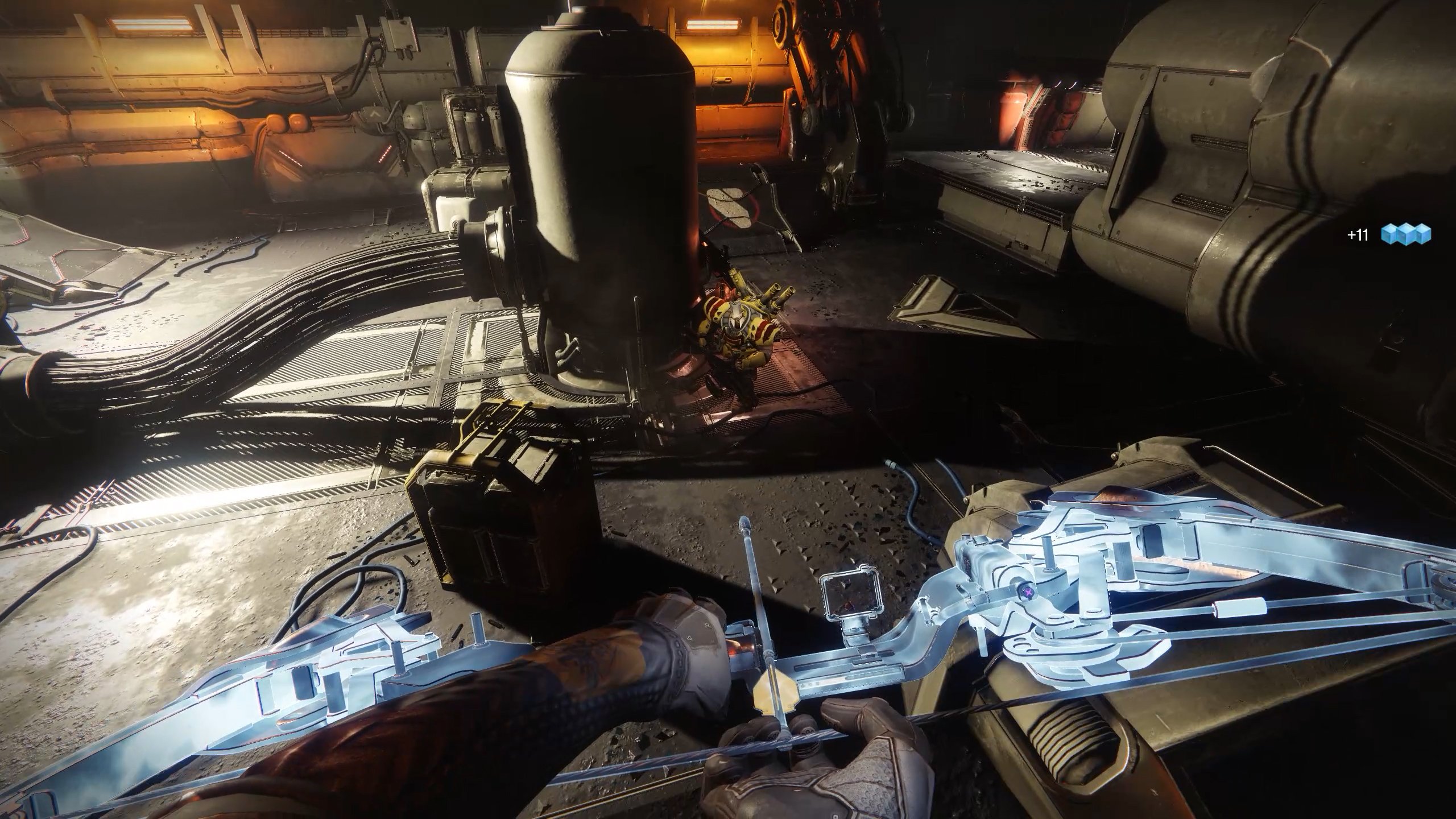 Continuing the hunt for the escaped Prison of Elders inmates, today we’ll be helping you track down and eliminate Devourer Darg, a Cabal enemy who has gone into hiding within the Skydock IV lost sector near the Echion Hold in the Sunken Isles region of the EDZ. When this target is eliminated that Wanted bounty can be turned in to the Spider for a small reward.

Skydock IV is a lost sector located in the EDZ. Spawn in at the Sunken Isles and head toward the Echion Hold area. Close by will be the icon to indicate a lost sector is near. This lost sector is just below the ramp that leads into the ship. The map image we’ve provided shows our arrow pointing to exactly where it can be found.

Drop into the lost sector and begin killing Cabal enemies that stand in your way. There will be a fair number of them, but none should pose much of a threat. I used a bow and took my time, easily clearing the area until it was only Devourer Darg and myself remaining. The other option would be to charge in and deploy a super ability on Devourer Darg, ignoring the minions and collecting on the bounty in only a few seconds.

Because you’re already here, don’t forget to loot the chest that unlocked when Devourer Darg was killed. There’s no point leaving it behind, even if it is unlikely to help you progress your power at this point of the end game.

Now that the Wanted bounty for Devourer Darg has been claimed in the Skydock IV lost sector, head to the Destiny 2 strategy guide for more information on just about every aspect of the game. We’ll be doing our duties as bounty hunters and eliminating escaped Prison of Elders inmates for weeks to come.