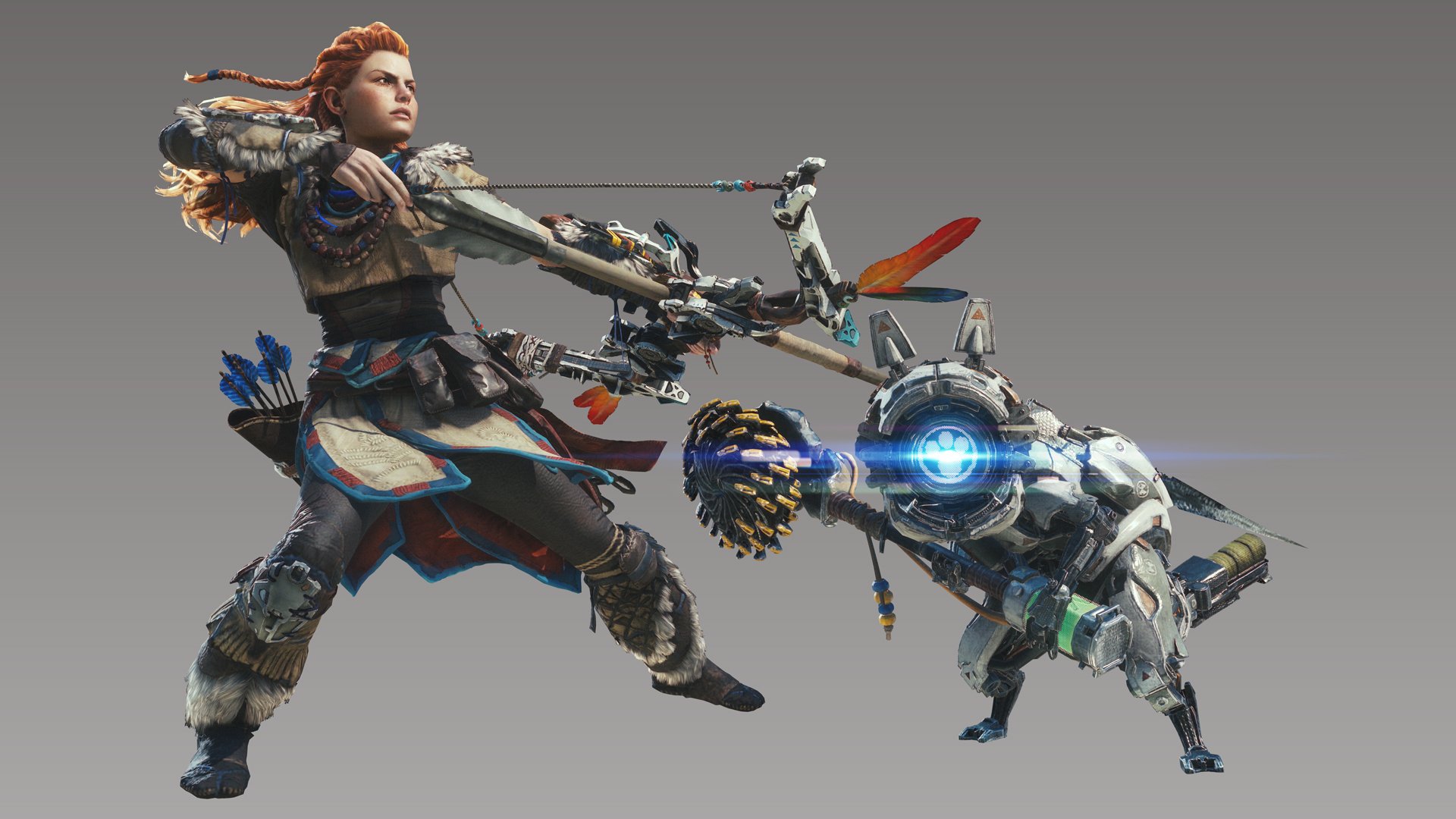 How to Get an Anjanath Gem in Monster Hunter World

When I loaded into Monster Hunter: World today, I was greeted with The Proving, a quest that rewarded me with the ability to craft Horizon Zero Dawn armor. One of the ingredients to crafting that armor, however, was the Anjanath Gem. I only needed one, but it turns out that even one can be extremely difficult to come by.

How to Get an Anjanath Gem 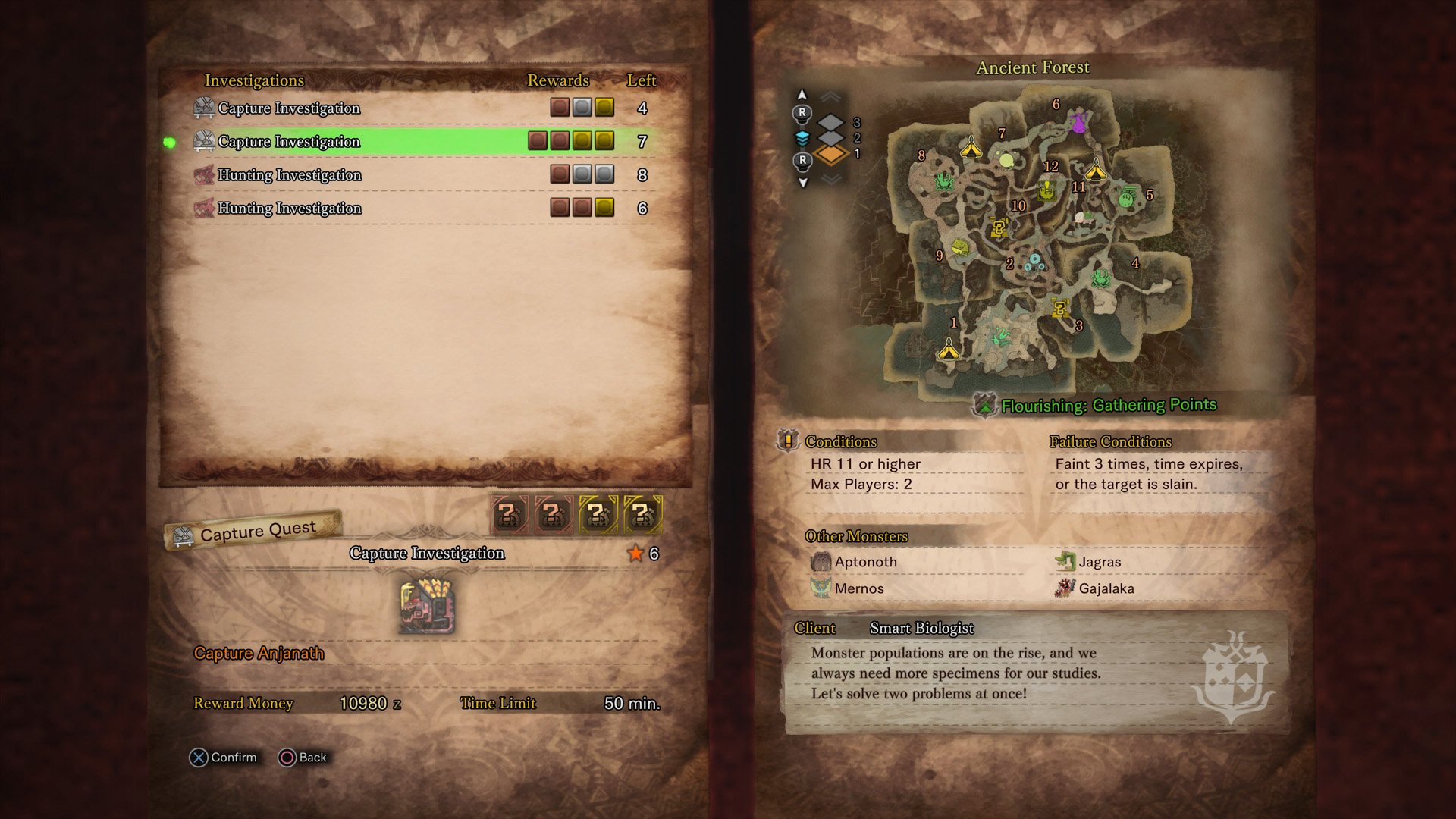 An Anjanath Gem is a high rank reward that can be carved from the broken tail or head of an Anjanath. You can view these details by increasing your Anjanath research level to six. You will notice, however, that the chance of an Anjanath Gem dropping is quite low. There are some things that you can do to increase your chances, though.

The first thing you’ll want to concern yourself with is the type of quest you’re loading up. What you would ideally want are gold level rewards from your quest, so sort through your potential investigations for an Anjanath target and some gold level rewards.

Even when you find the right quest, the drop rate of the Anjanath Gem is low, so you’ll want to focus on breaking the head and the tail of your target. Even this can be difficult since players are getting to the point where they can smash an Anjanath in about five minutes. Often, I found that the Anjanath was dead or captured long before I could focus on severing the tail or breaking its head. 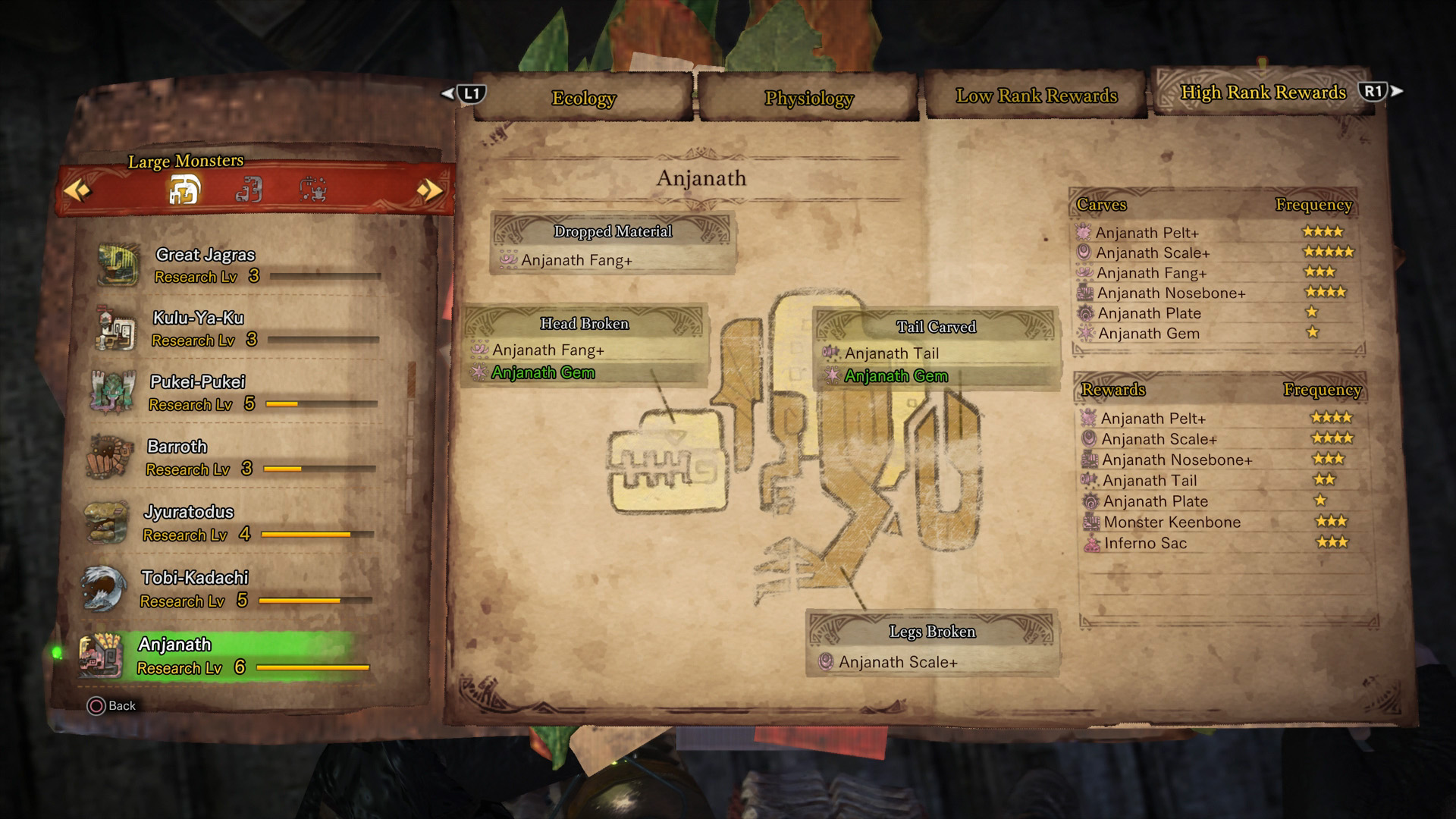 Of course, to up your chances of this happening you’ll want to land combinations and power attacks on the head and tail. If you can mount the beast, climb to the head and tail and work that specific part of the body. There is no guarantee that you’ll break the part you need to, but this is your best shot. 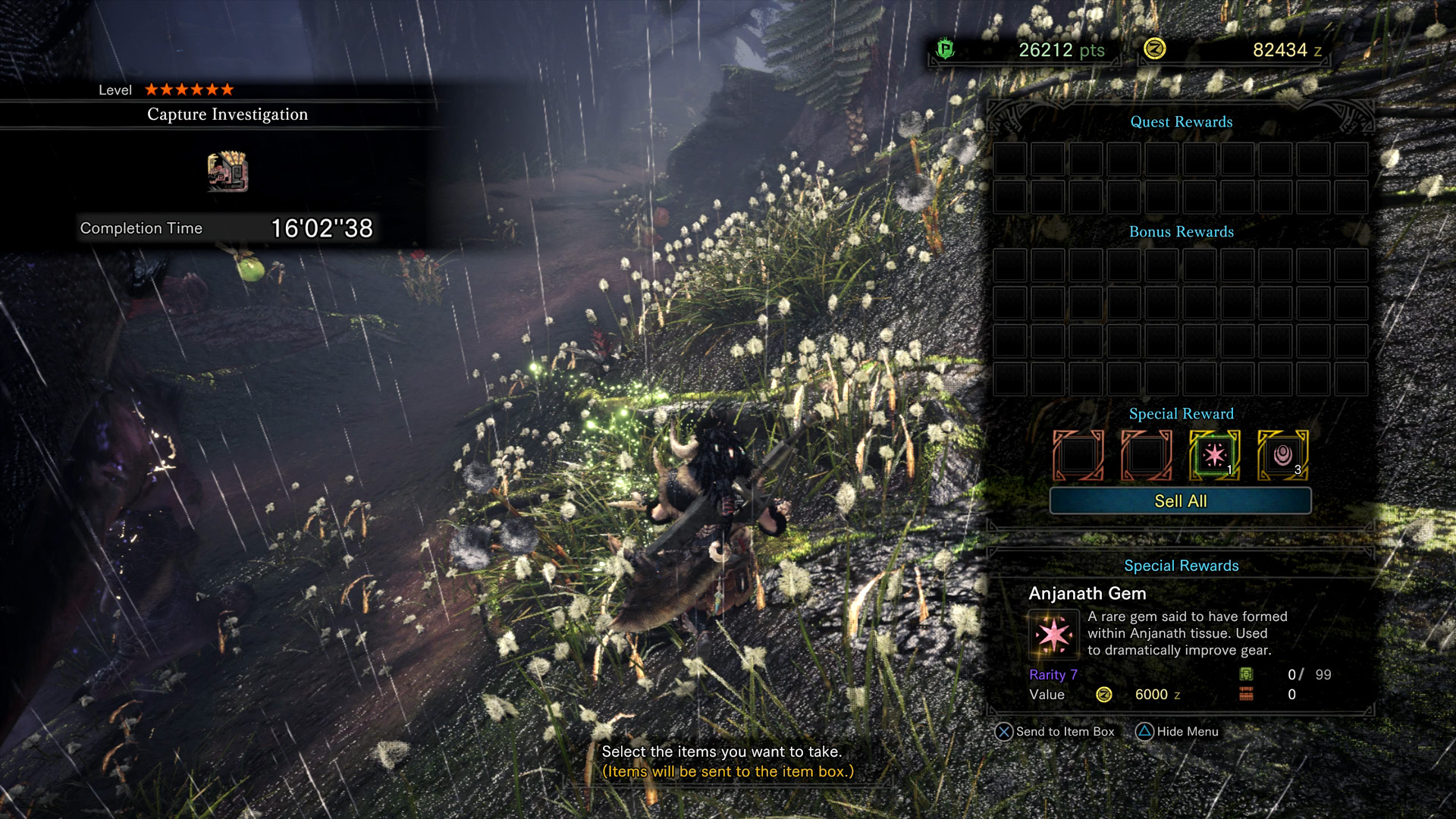 Assuming you can break the tail and the head of an Anjanath, be sure to loot the parts from the forest floor. There’s only a small chance you’ll get the Anjanath Gem you seek, but this is your best shot. I’ve read of players attempting Anjanath hunts 20 or more times before getting the Anjanath Gem.

Once you get the Anjanath Gem, make that Horizon Zero Dawn armor, then head to our Monster Hunter: World guide hub for everything you’ll need to continue your hunter’s progression.

7 games we want for the PlayStation 5 launch lineup