There’s nothing worse than getting stuck in the Tower in Destiny 2 because your fireteam must spend 15 minutes talking to Tess. Personally, I like to pass the time be exploring areas that aren’t often traveled and finding new secrets. One such secret is called The Floor is Lava and, like the name suggests, it tasks Guardians with avoiding stepping on the ground.

The Floor is Lava 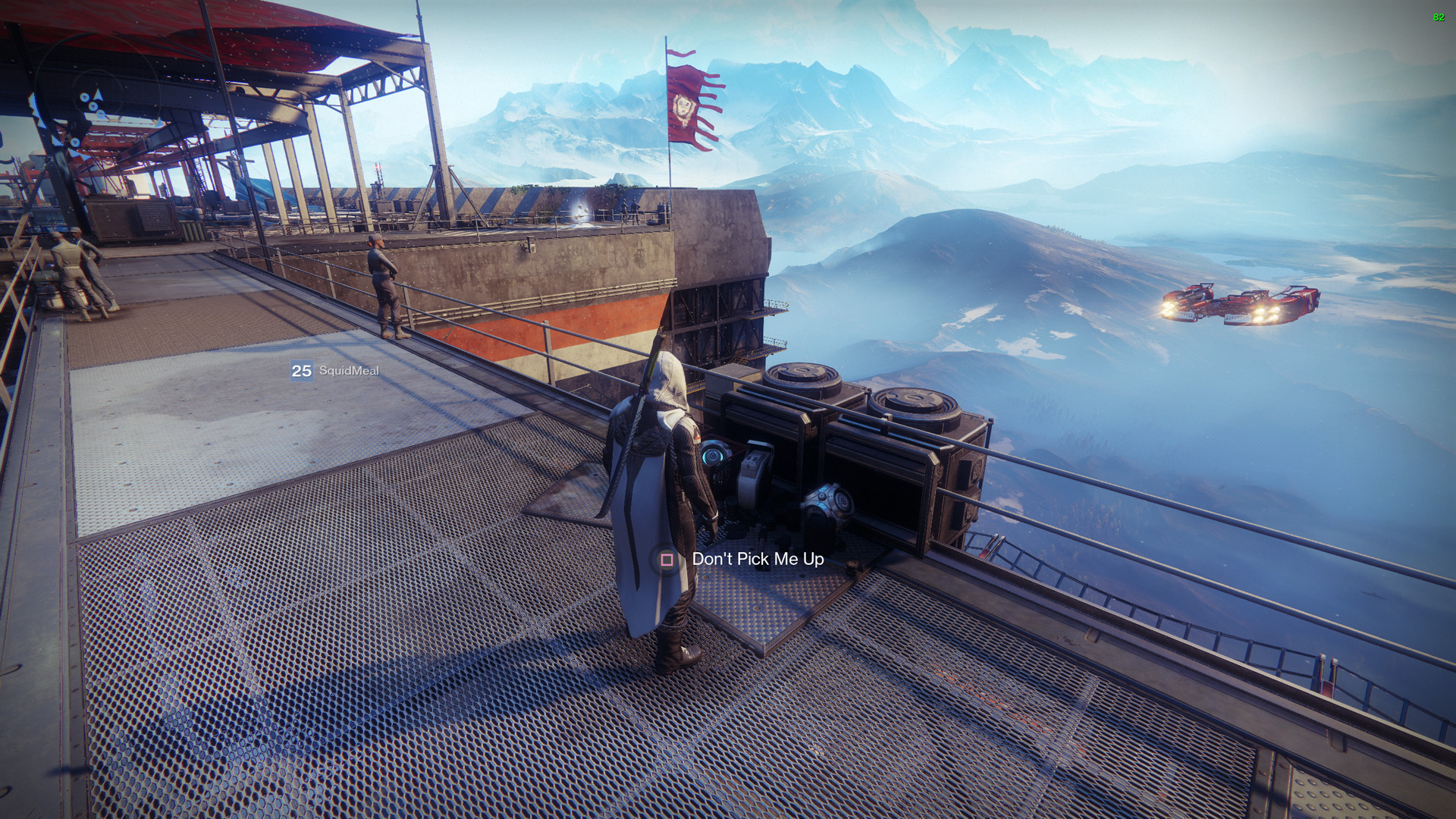 When you spawn into Destiny 2 you’ll be in the Courtyard. Above you is a balcony, and above that is a metal walkway. As you pass over the walkway there will be a prompt that says, Don’t Pick Me Up. Of course, you need to disobey immediately and pick the object up. This will apply a debuff to your Guardian called The Floor is Lava. 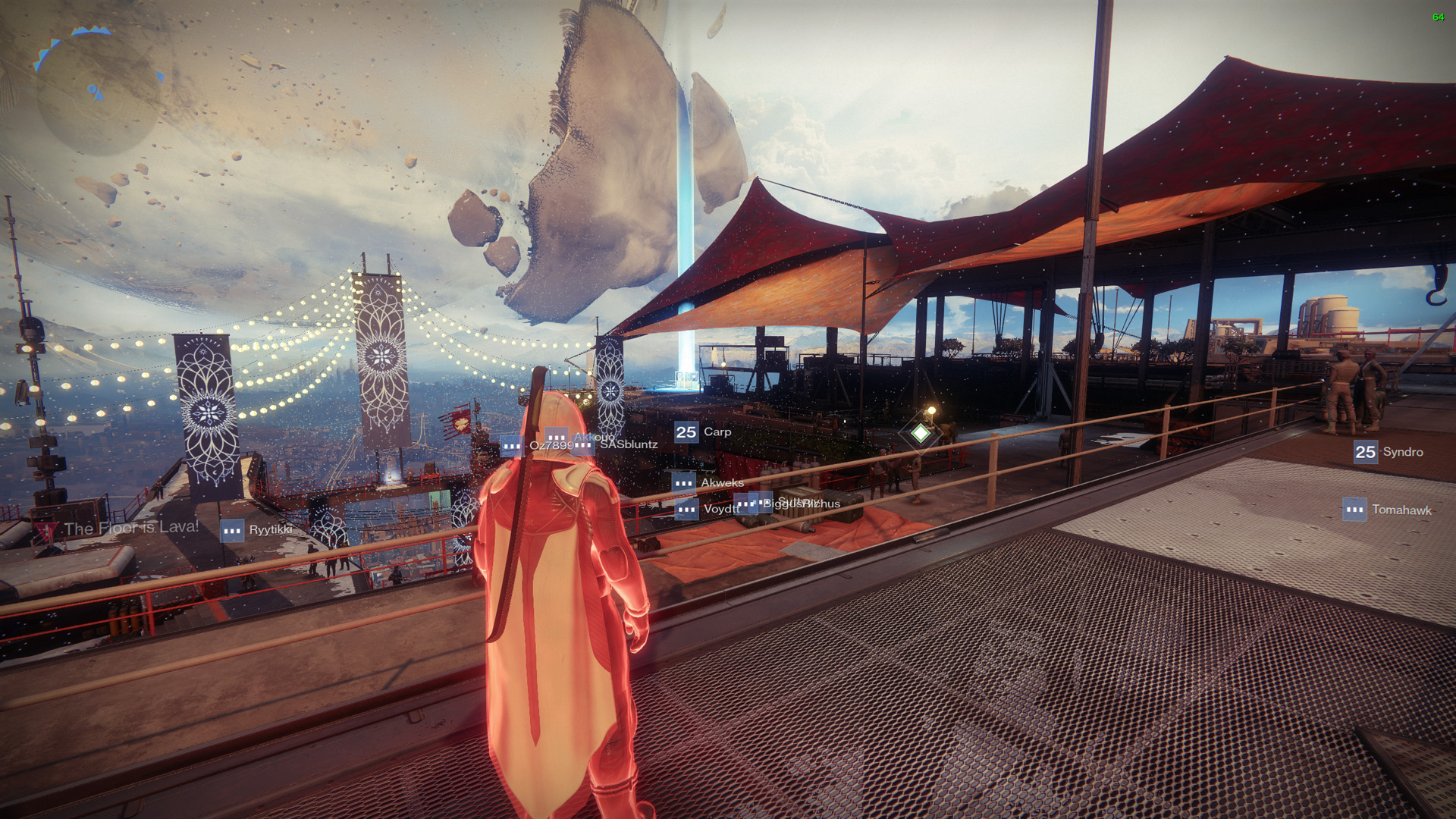 As you turn around and look out over the Tower, there will be a beam of light shooting into the sky. This light can be in one of three locations. One is between Tess and Zavala, one is between Zavala and Lord Shaxx, and the final beam of light is over where Lord Saladin hangs out during Iron Banner events.

Your goal is to move from your current location to the beam of light that appeared. The catch is that you can’t touch the floor. You can stand on objects like railings, benches, tables, or anything else, so long as it isn’t the ground. If you do touch the ground you’ll begin to take damage, and if you stay on the ground for too long, you’ll die. 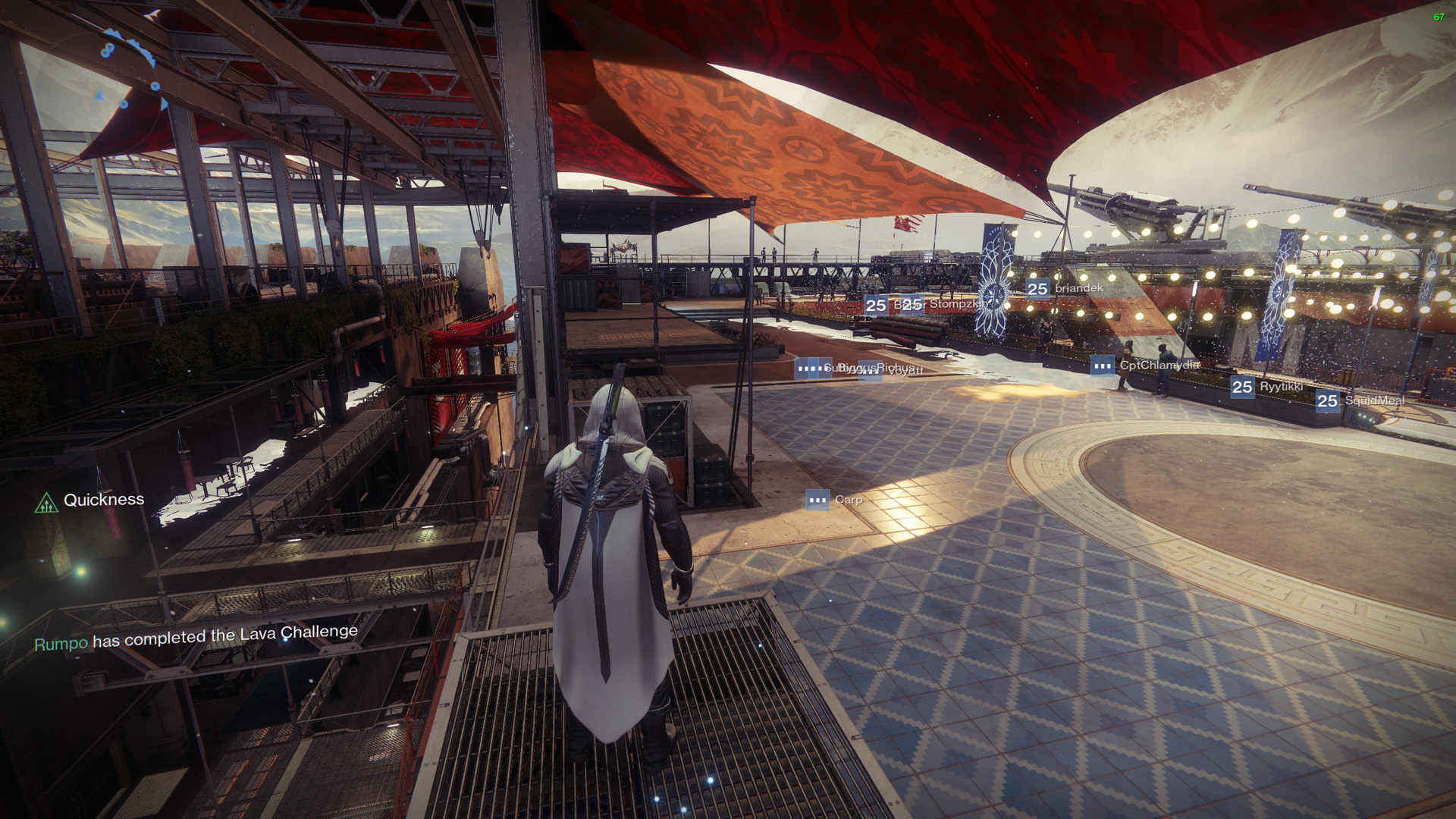 Once you successfully move from the starting location to the beam of light, you’ll lose The Floor is Lava debuff and receive a buff called Quickness. This will last for several minutes, and gives you much higher jump while you’re in the Tower. Not only is it stupid fun, but it’s also useful. There are plenty of places in the Tower that you can explore with Quickness that you can’t with your regular jump. Some of these will even take you to the investigations, which are worth checking out if you have time.

For more on Destiny 2, be sure to visit the Shacknews Destiny 2 complete strategy guide.