Destiny 2 - What Weapon to Take from Ikora Rey

With every Destiny 2 expansion will come new quests and new gear. Curse of Osiris is not different, and Guardians will have to rummage through dozens of new weapons and armor pieces to figure out which ones are the best. A similar decision must be made during the Curse of Osiris story, when Ikora Rey asks you to choose between three weapons. It’s a tough choice if you’re not sure what qualifies as good and what as bad in Destiny 2.

What Weapon to Take from Ikora Rey

Ikora Rey will offer you a choice between three legendary weapons. Each one is comparable to weapons that are already in the game, so which one should you choose? 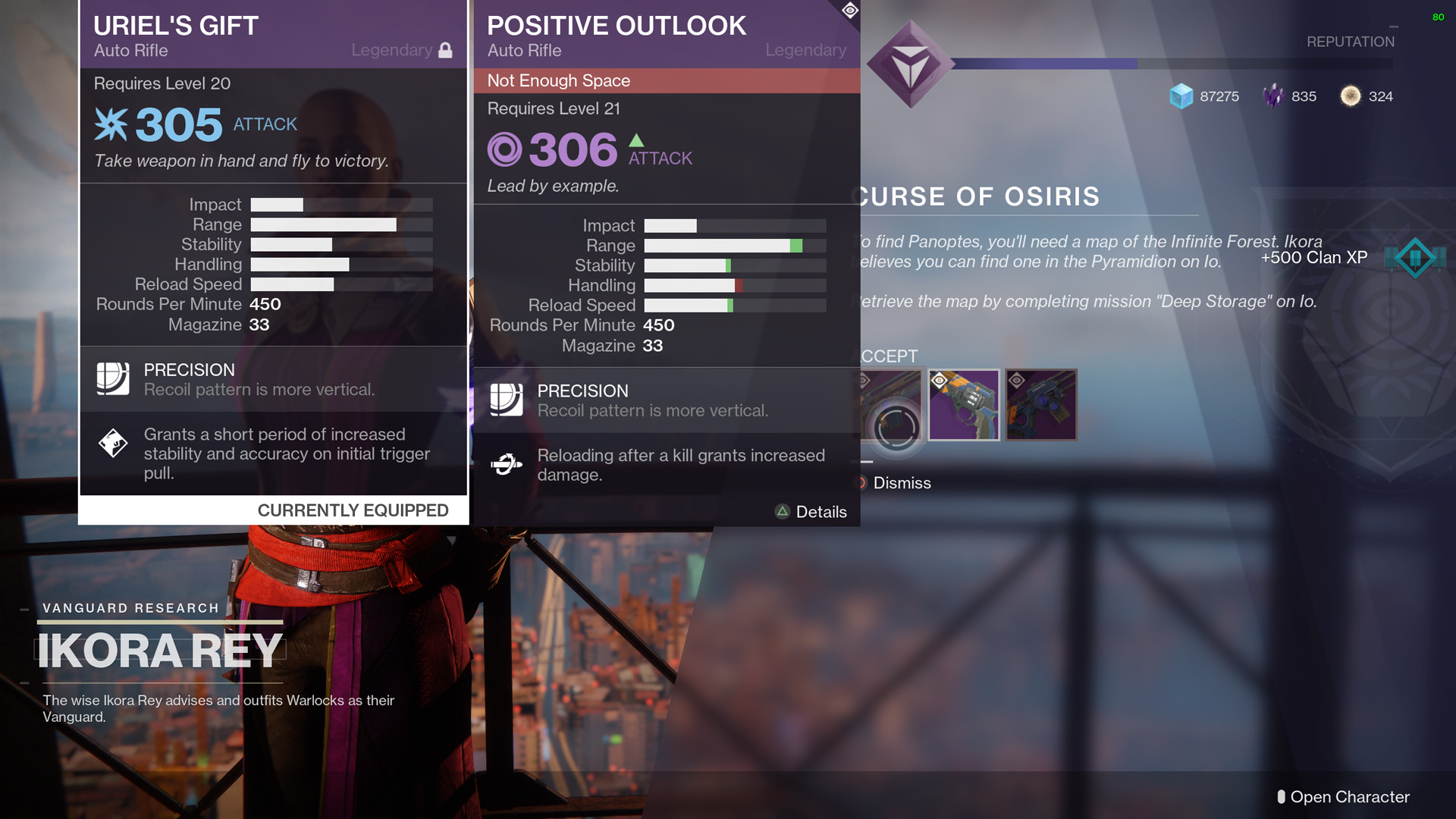 The Positive Outlook is very similar to one of the best auto rifles in the game, Uriel’s Gift. In fact, they have the same impact rating, and both are built on the Precision Frame. The Positive Outlook, however, has better range, stability and reload speed. It only falls behind Uriel’s Gift in the handling category, and just by a sliver. Both weapons can fire 450 rounds per minute and have 33 round magazine by default. If you dig auto rifles and don’t yet have a Uriel’s Gift, this might be the choice for you. 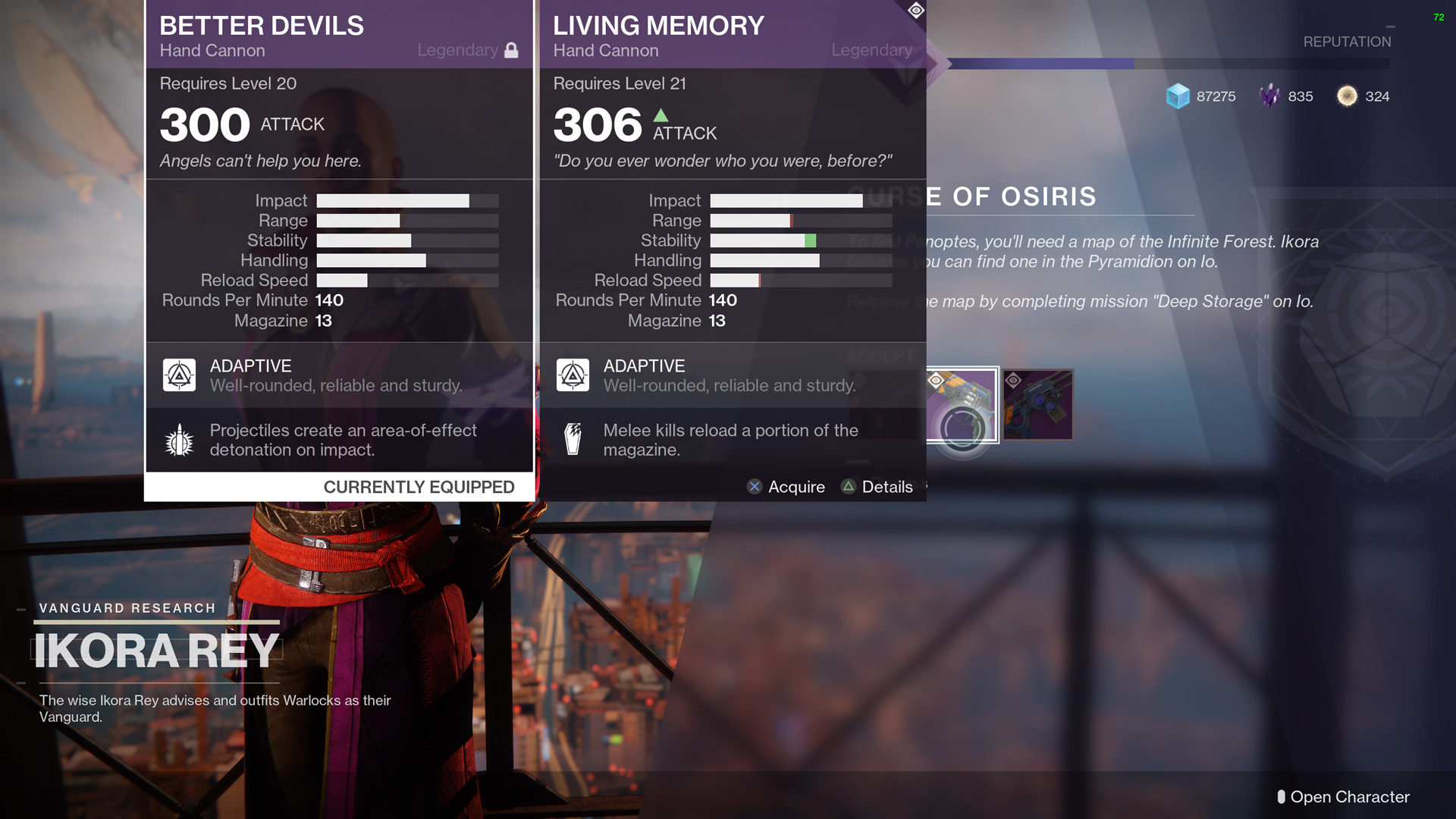 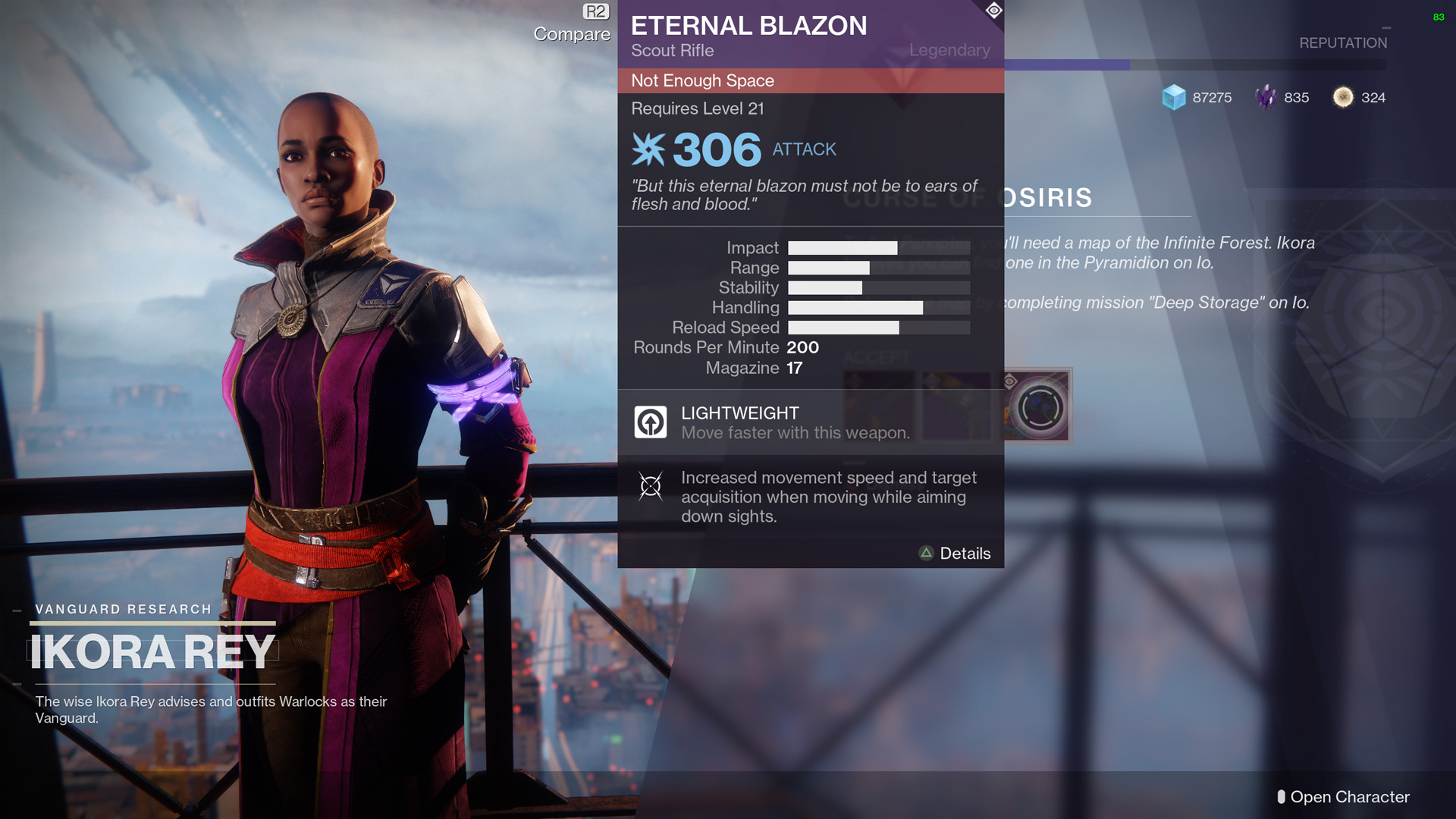 I chose the Eternal Blazon mostly because I’m a scout rifle player. I use them almost exclusively in either my Kinetic or Energy slot. That’s an important factor in your choice; if you are someone who likes a specific type of weapon above others, go with what works for you. The best hand cannon in the world isn’t likely to be much use to someone who almost always uses scout rifles. In fact, I have a Better Devils and don’t ever bother using it.

If the Curse of Osiris DLC is anything like the base game, expect that when you play through the story a second and third time, you’ll be able to grab the two weapons you didn’t choose this time around. Therefore, it’s not a huge deal if you end up with something you aren’t a fan of. You can always correct that later, or even acquire the other weapons from legendary engrams.

Now that you know what weapon to take from Ikora Rey, be sure to visit the Shacknews Destiny 2 complete strategy guide.