Destiny 2 - Cayde-6 Treasure Maps for the EDZ on Earth

That Cayde-6 is a funny Hunter, always hiding things for future use. You’ll remember there was an entire mission built around this in The Taken King of Destiny, and now he’s done it again in Destiny 2. This time, though, Cayde-6 has decided to hide several treasures around the various planets. Each week he will sell Guardians five Treasure Maps that can be used to mark the location of a chest. This week, each of the six treasures are found in the European Dead Zone (EDZ) on Earth. 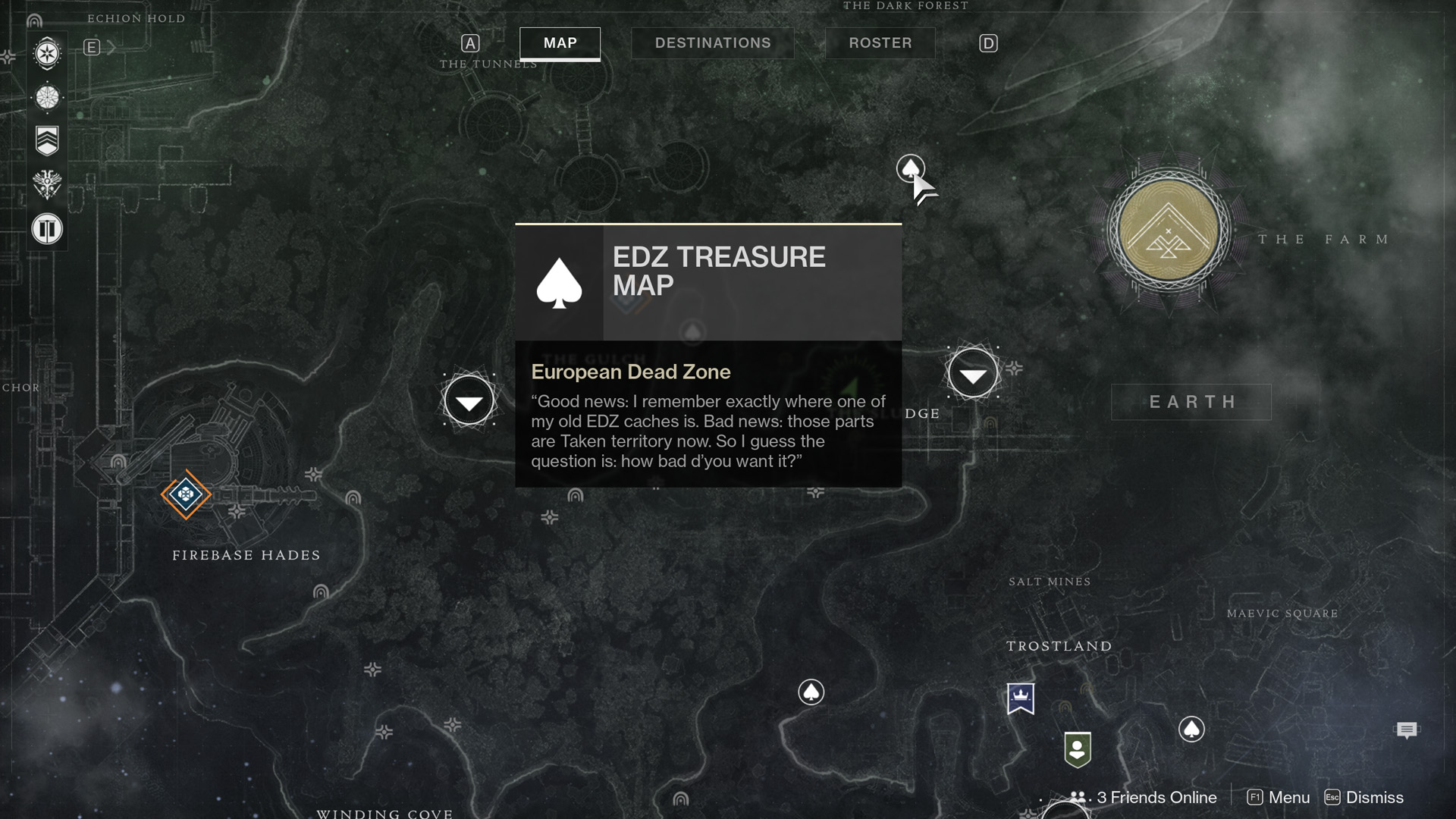 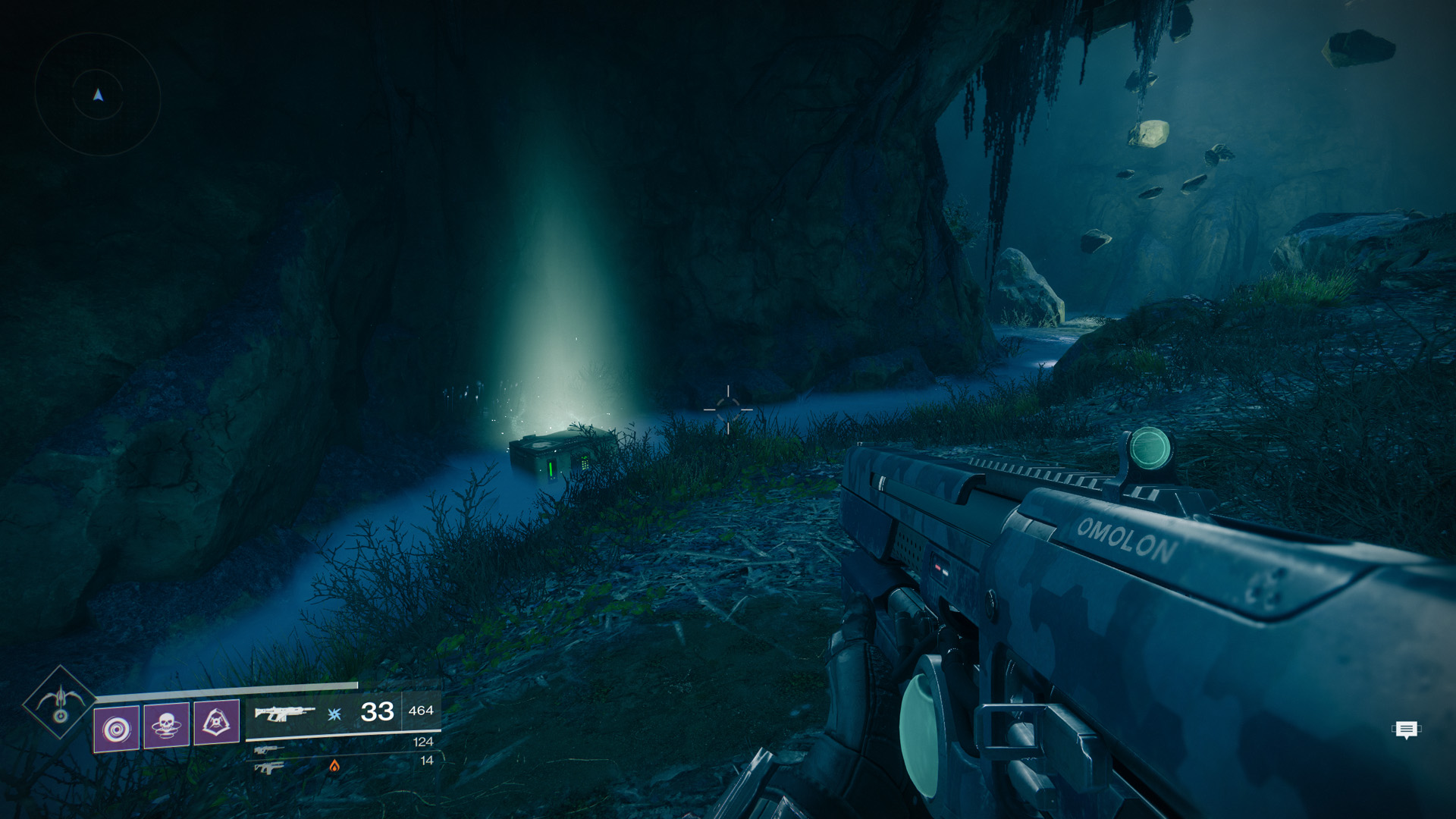 For the first cache, spawn at the Sludge on Earth. You will then head along the river toward the Dark Forest. The cache is literally in the river, so you should have no trouble spotting it as you go. 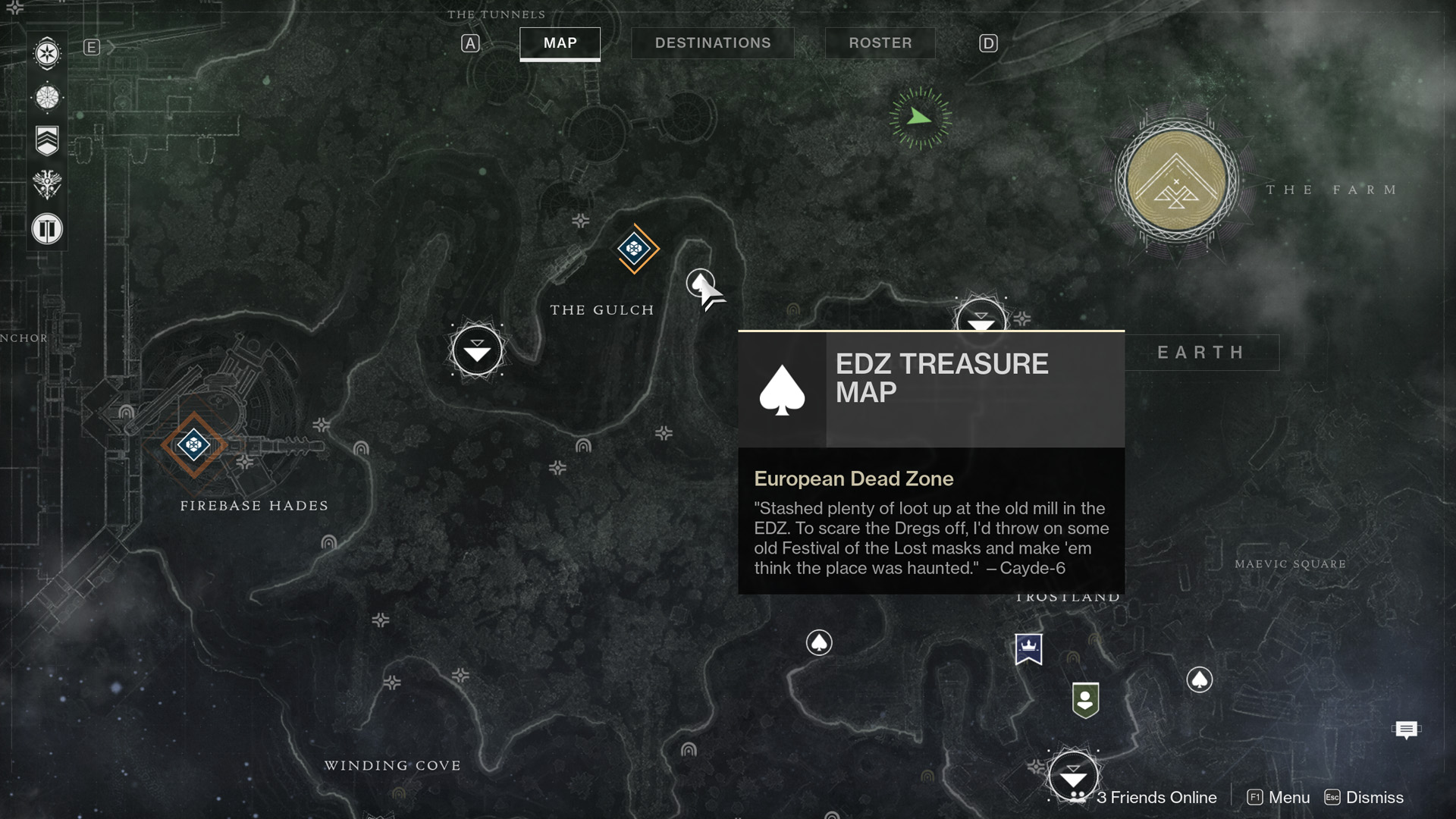 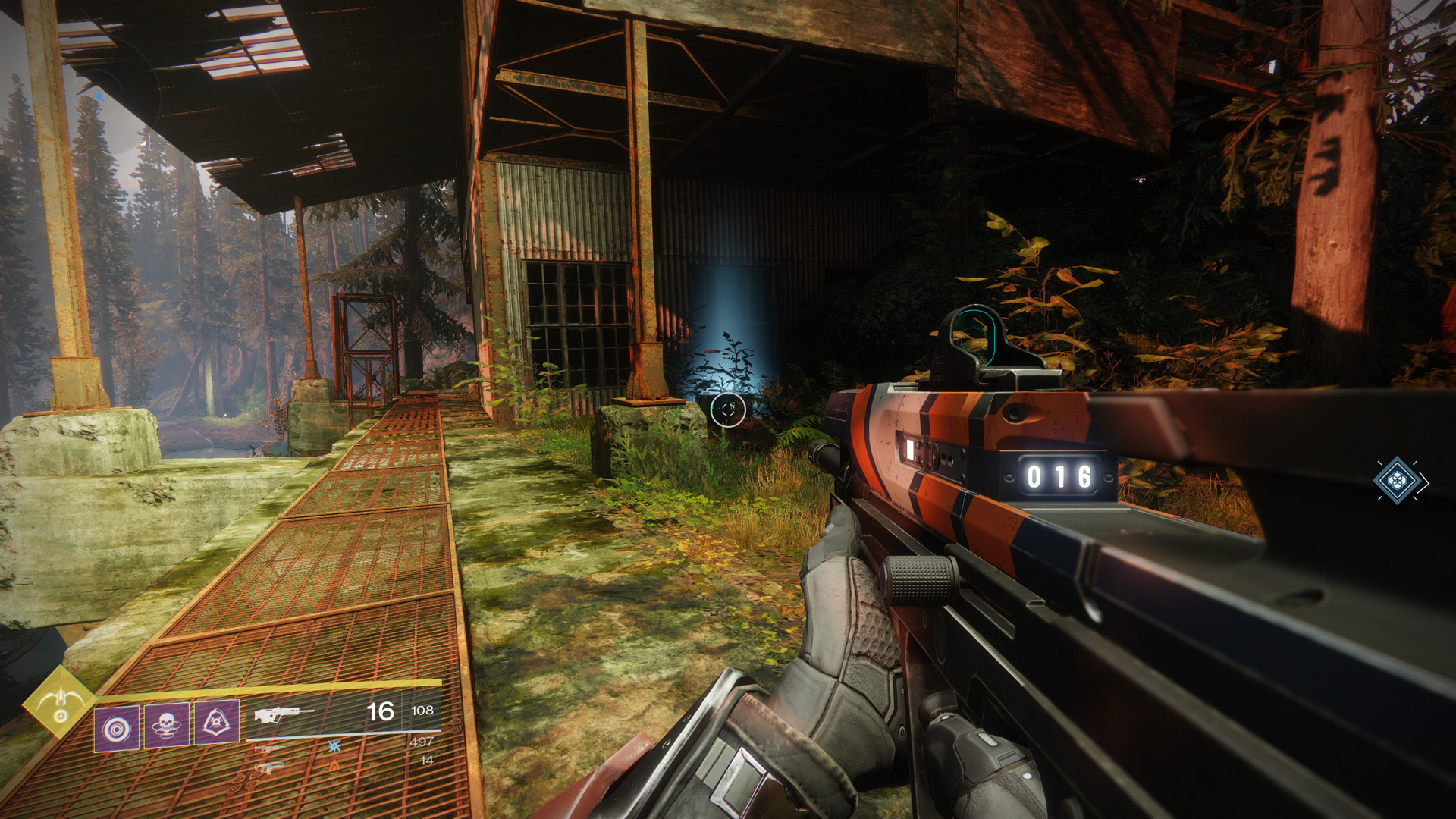 The second cache is found along the winding road that connects the Sludge and the Gulch. You could spawn in at either location, then head toward the other. When you see some buildings high above the road, climb up and snag this cache. 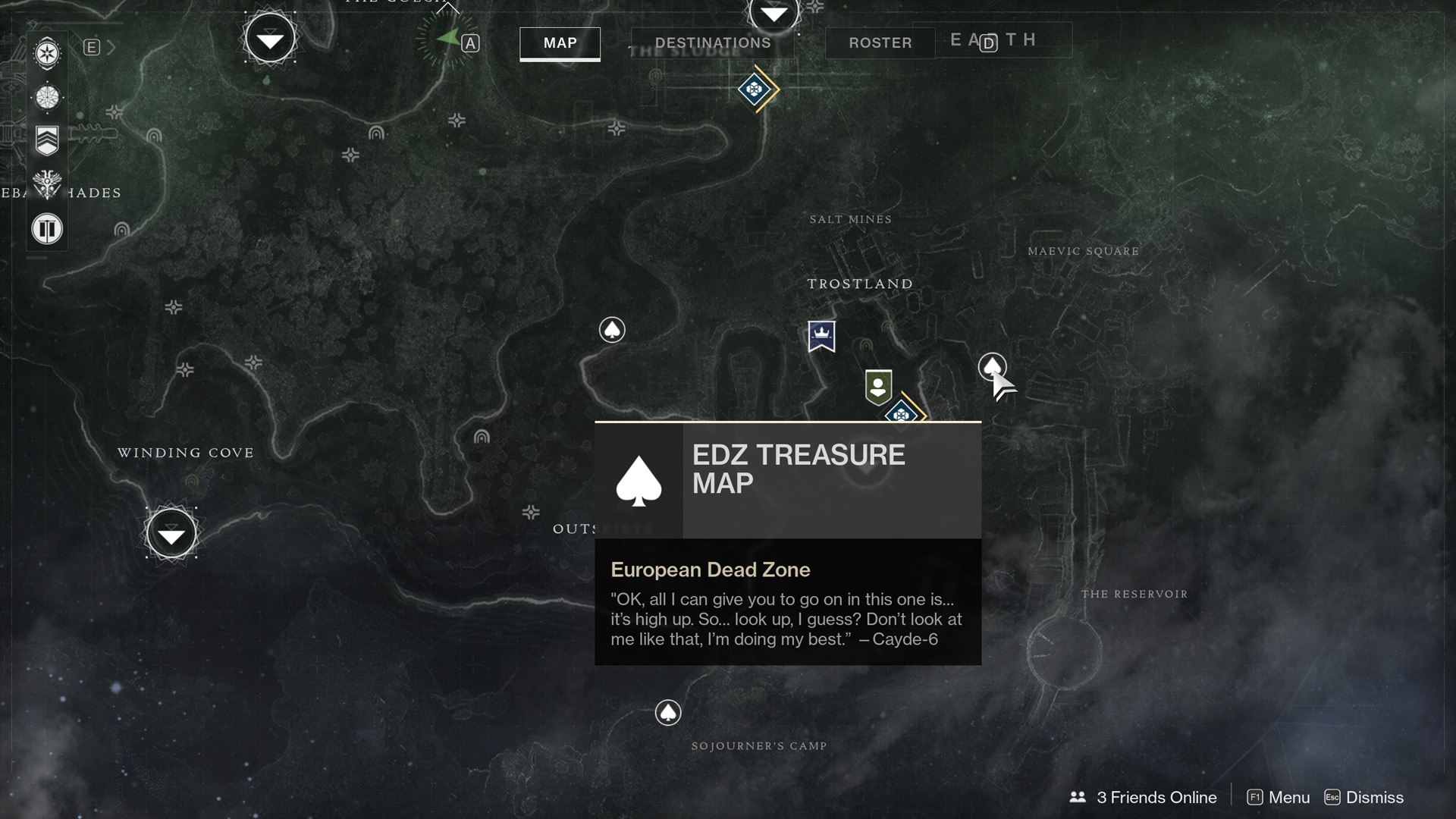 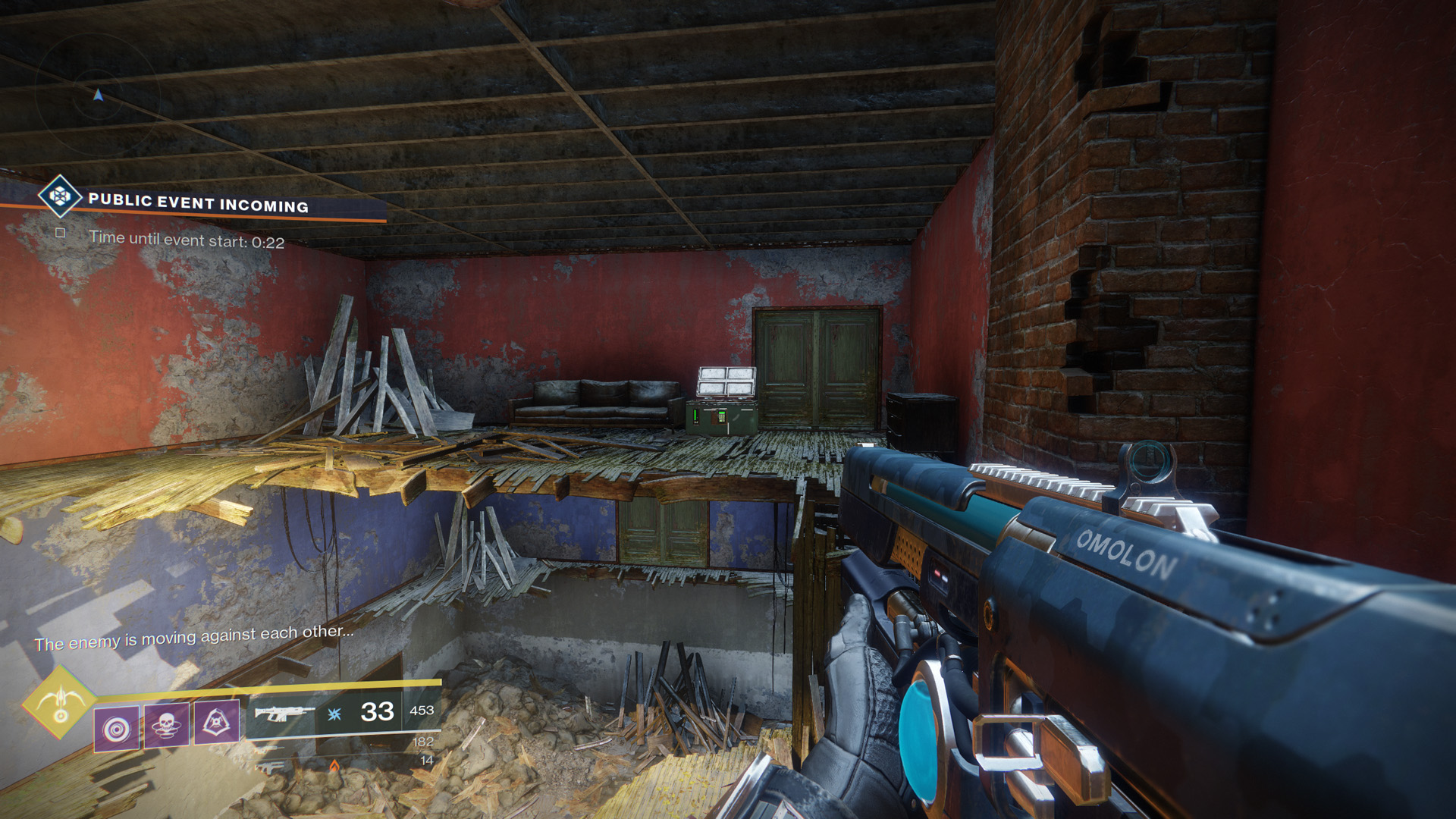 Your third cache is found by spawning on Earth near Devrim Kay. Outside his building is a road that will take you toward Maevic Square. Search the bombed-out buildings and you’ll find this chest on one of the upper levels. 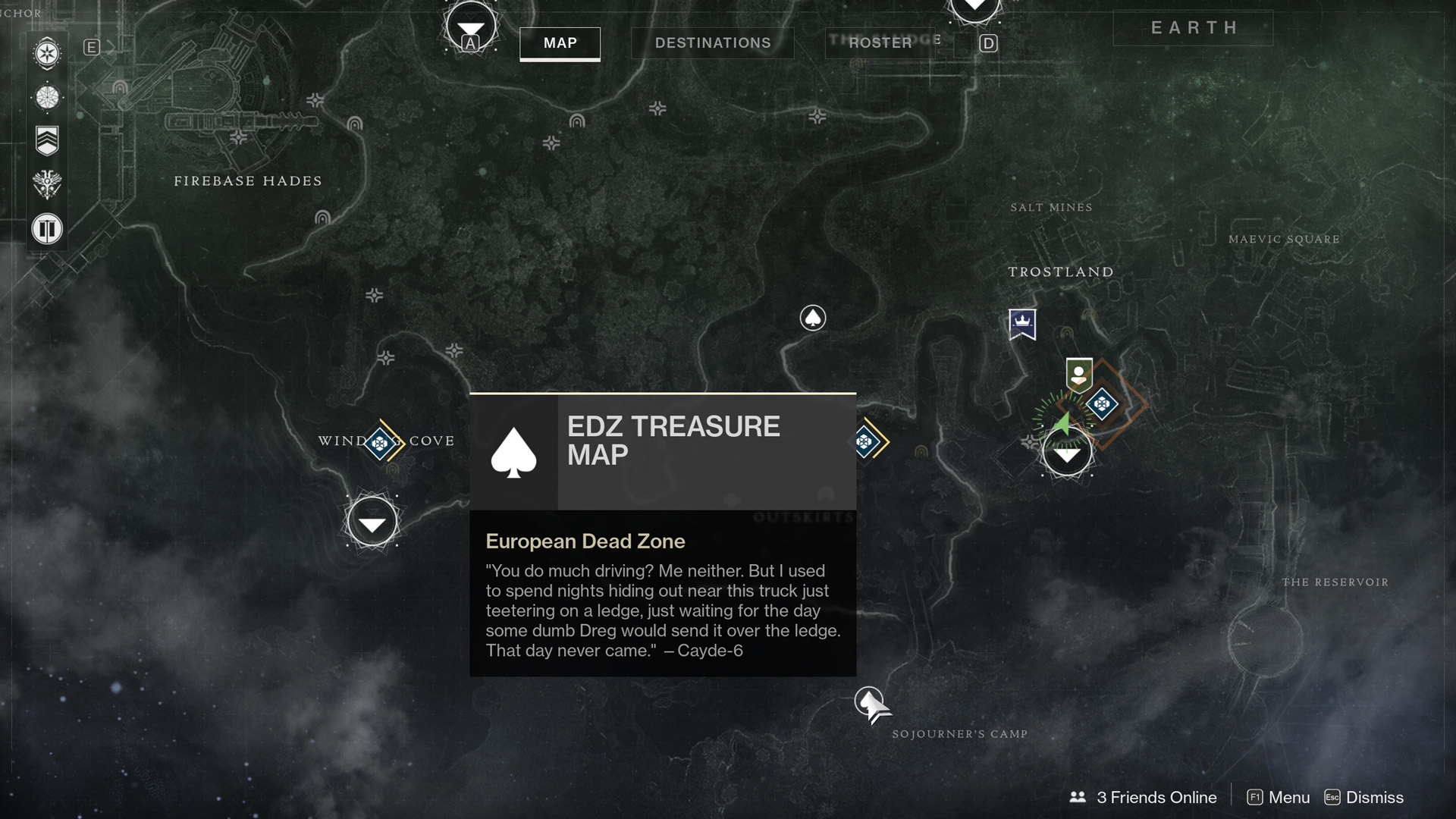 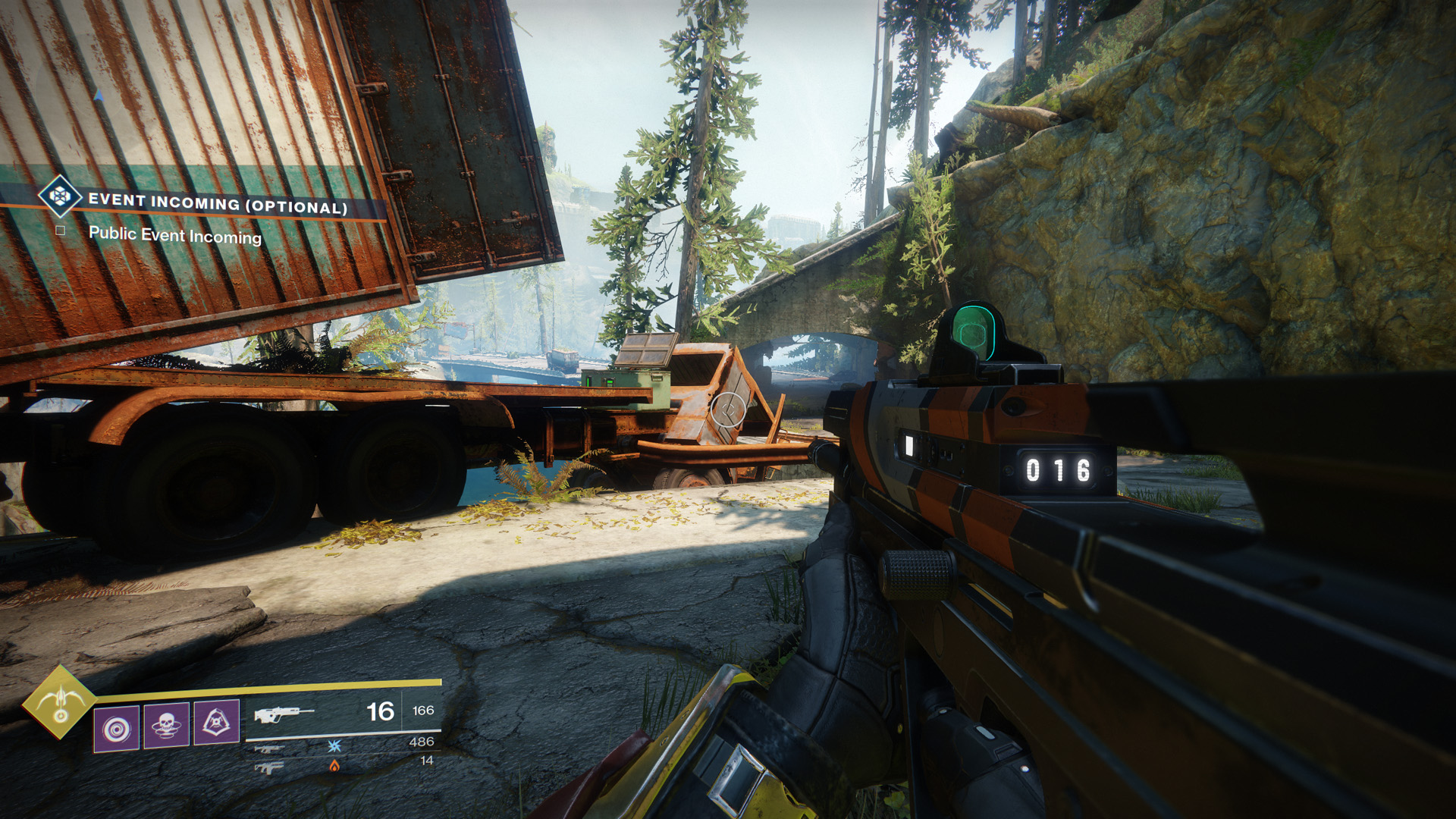 The next cache can also be found by spawning on Earth next to Devrim Kay. Head for the Outskirts on your Sparrow and cross the bridge to get to Sojourner’s Camp. There is truck about to fall off a cliff, and the cache is near the cab of the truck. 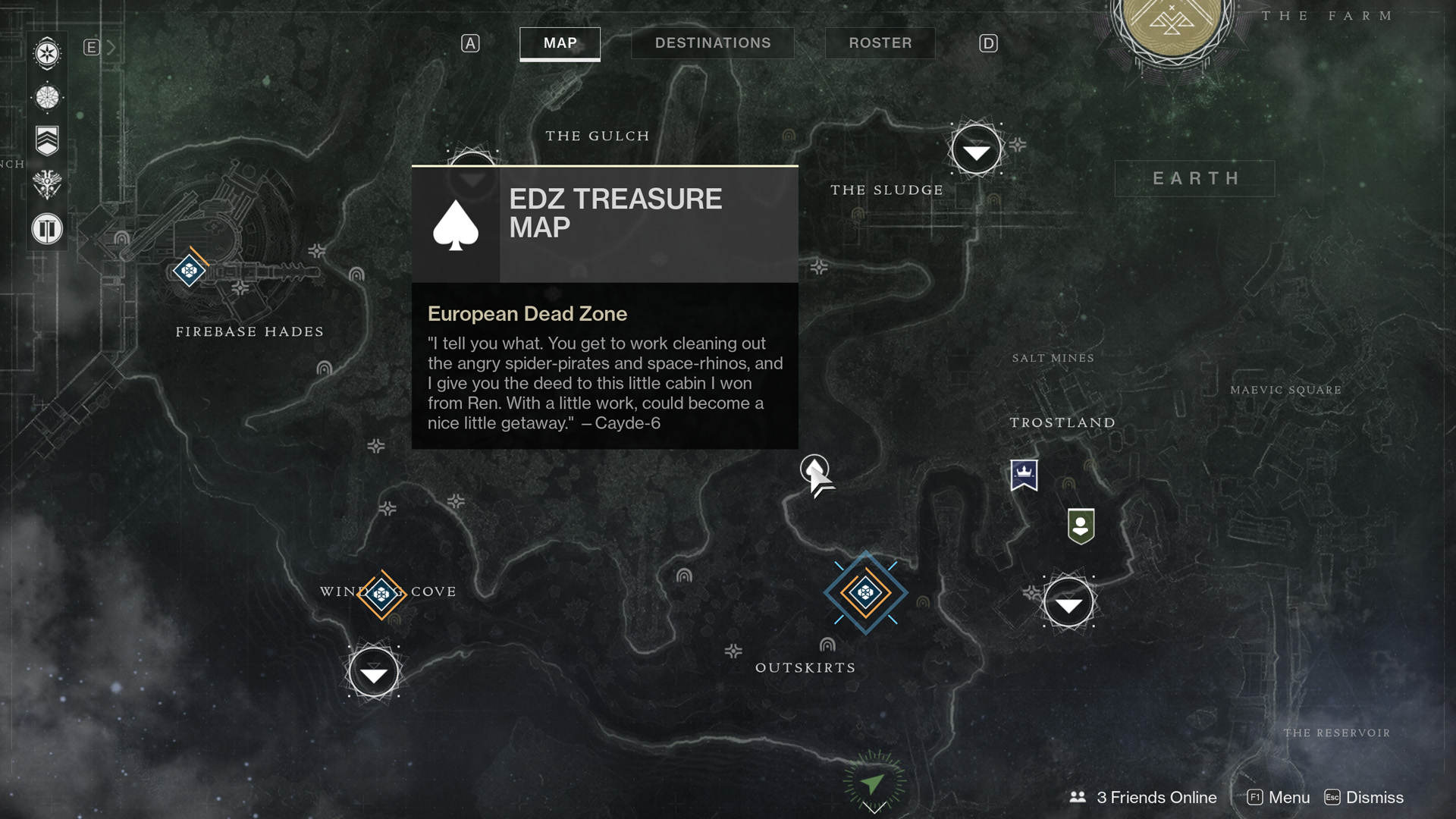 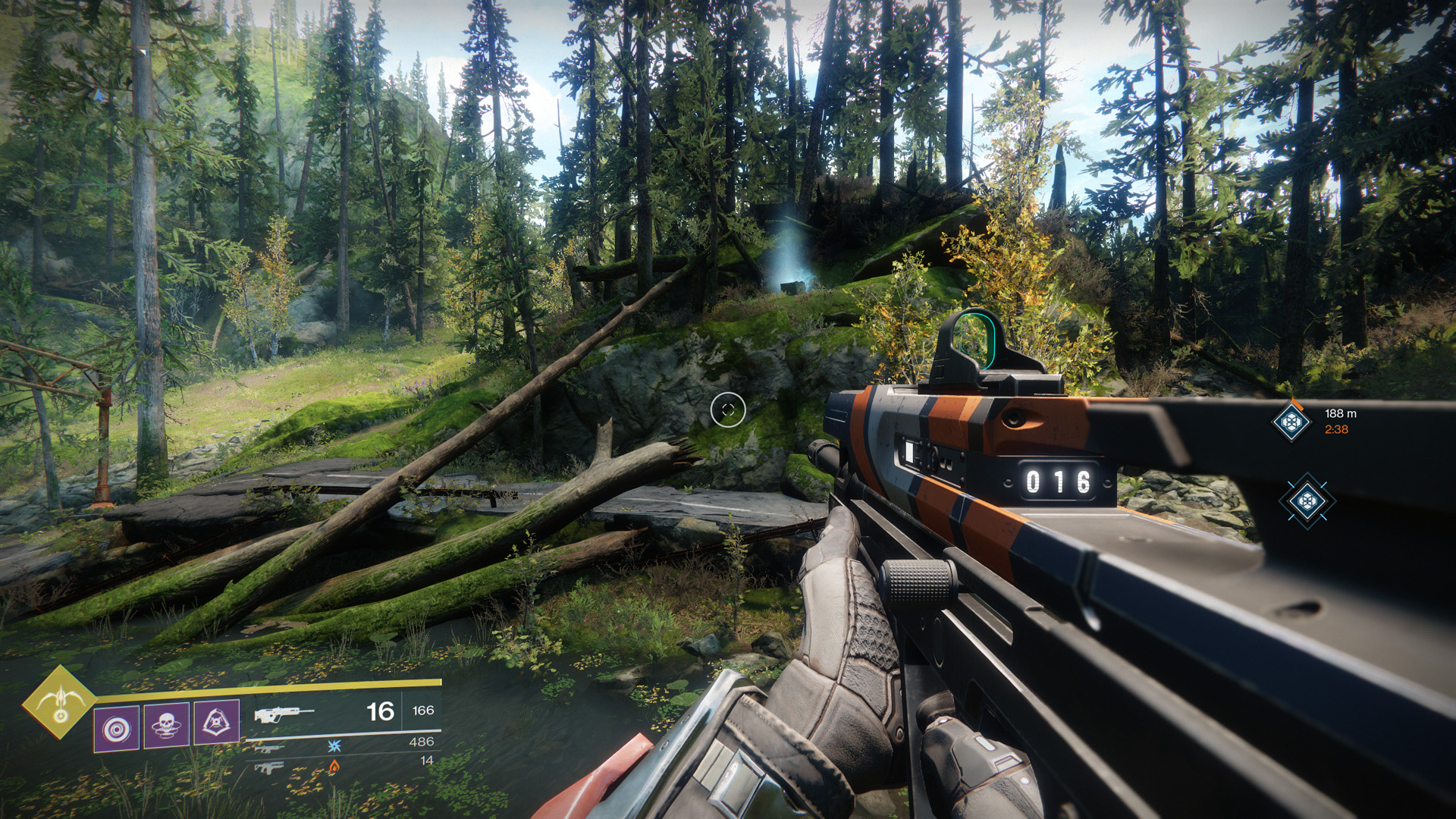 Spawn at the Sludge to find your next cache. From there, head toward the Outskirts along the winding road. As you get close to the Outskirts you’ll find the cache sitting on top of a small rock just off the left side of the road.

That’s it for all the Treasure Maps in the European Dead Zone (EDZ) on Earth. Be sure to visit our Destiny 2 complete strategy guide for more help getting your Guardian to max Power.