It won’t take players long to realize that Shadow of War feels little like The Witcher 3 and Assassin’s Creed got together and made a game. Traversing the land and engaging enemies requires a combination of effective stealth and combat. You will almost always find the odds against you, and knowing how to attack is key to your survival. The combat and stealth tips below will serve you well.

Own the High Ground 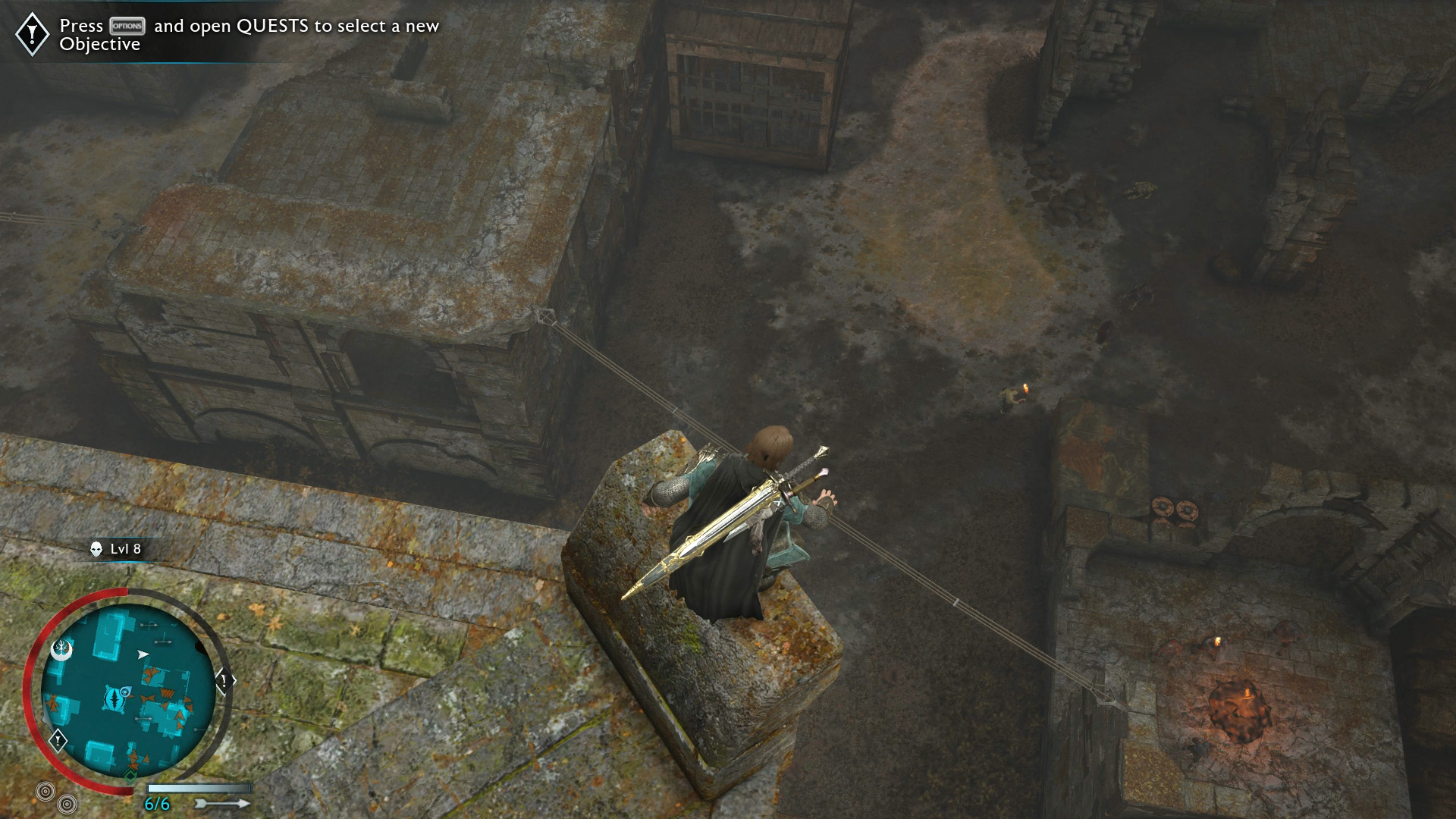 While Shadow of War doesn’t have perfect Parkour mechanics, Talion can climb on just about any object, often out of the reach of his foes. This is useful for many reasons, including traversing the land, planning an attack, initiating combat, and even making your escape when you bite off more than you can chew. If you don’t have a clear reason to be on the ground, make sure you’re on a high structure that gives you time to formulate and execute a plan. 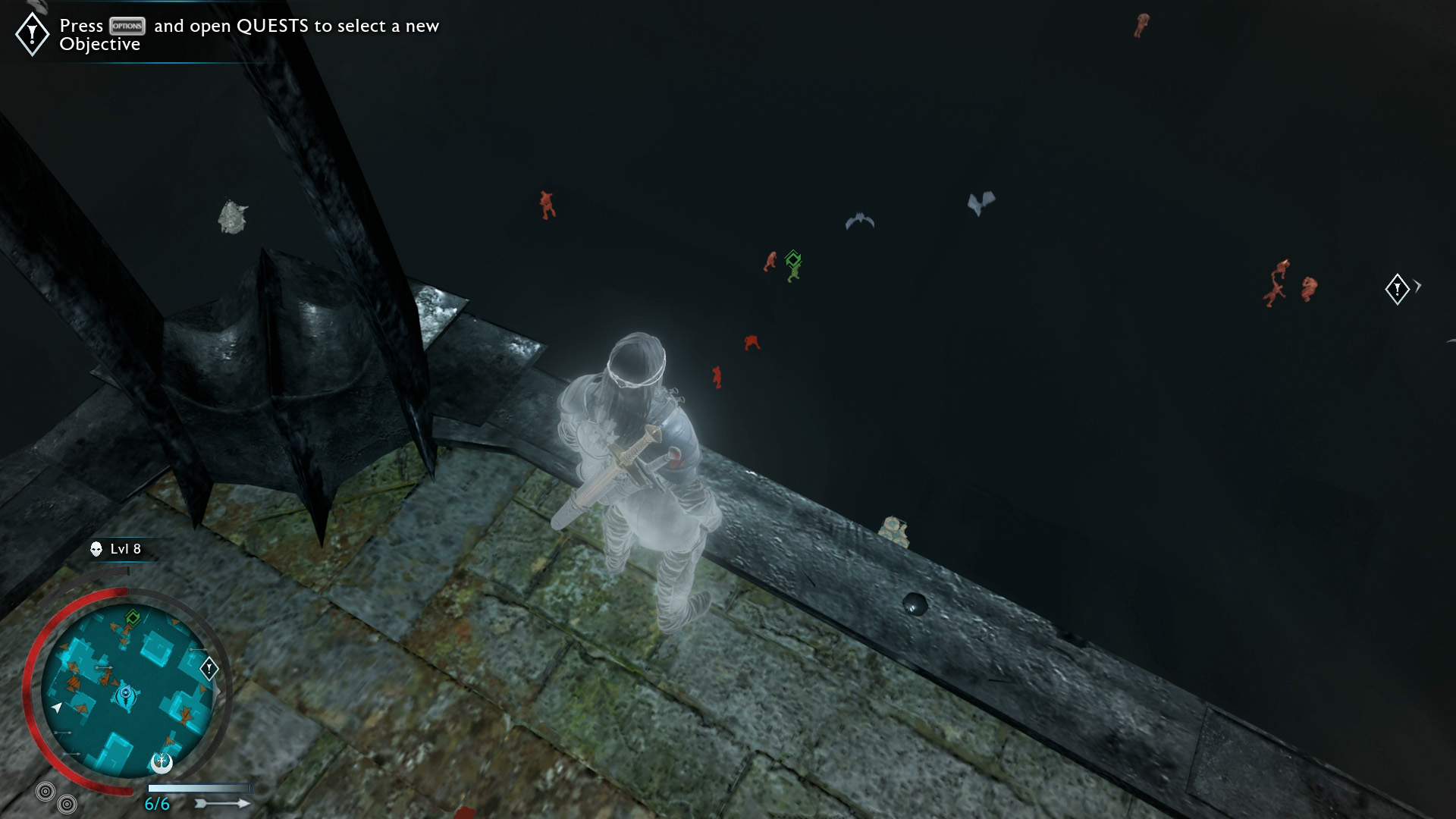 You’ll quickly learn that the skulls on your map are Captains, but on your mini map you’ll see diamond shaped markers that are known as Worms. Worms are cowardly and will almost always flee when they see you, and it’s not common for you to find a Worm alone. Expect there will be other enemies nearby. Even so, it’s in your best interest to use stealth to approach Worms so that you can interrogate them. This interrogation will allow you to gain intel on one of the Captains in the area, learning their level, strengths and weaknesses. Knowing your enemy is a vital part of defeating them, or surviving them. 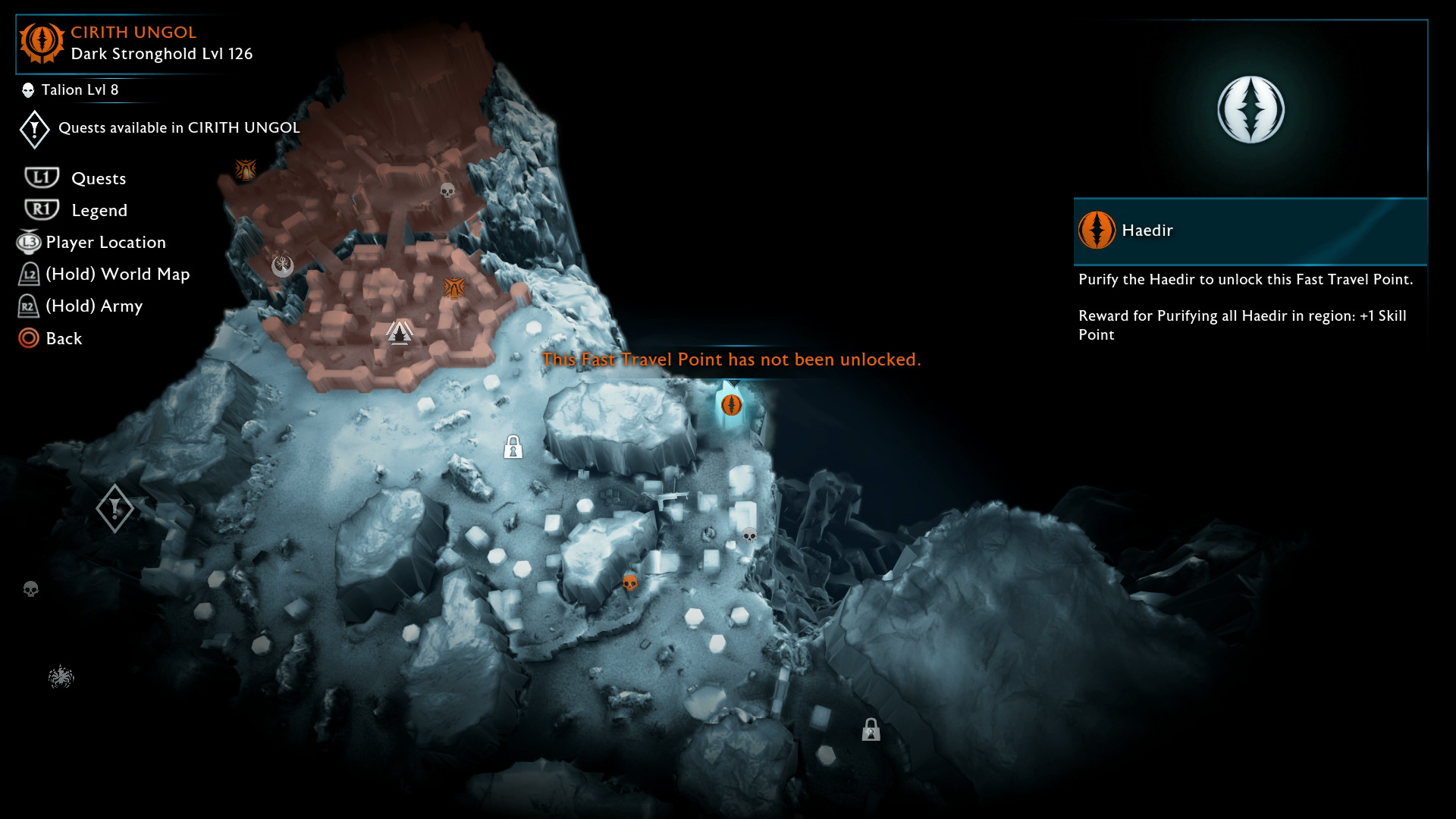 A Haedir is always going to be marked on your map, and your priority in a new region will be to find a Haedir and purify it. This will unlock a fast travel point for you, allowing you to instantly travel from one purified Haedir to another. It will also serve as a point where you spawn back in after death, and that you can use to locate some of the game’s collectibles, unlocking powerful Legendary gear. The ground is often littered with more enemies than you’ll feel like dealing with on your way to the next story missions, and using the fast travel option to head to the nearest Haedir is often the quickest and safest way to get where you’re going. 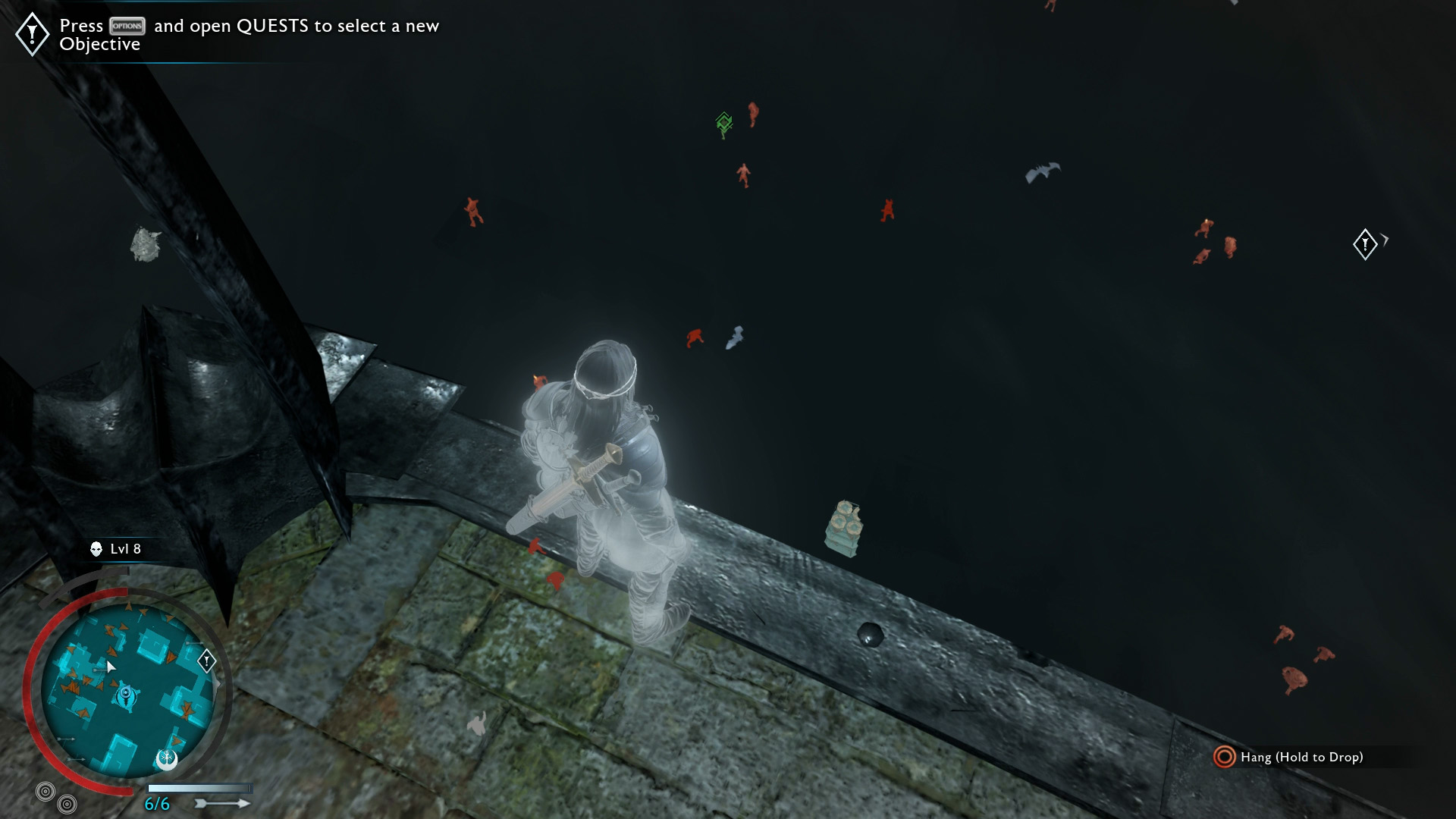 The Wraith World is almost like an advanced sight for Talion. It will allow him to see enemies within range, objects that he can interact with, such as fire pits, and even clues that can help him on his current quest. Check your platform’s button layout or key bindings to find out what activates the Wraith World for you, as it’s one of the best tools you can use in Shadow of War when used from the high ground. It’s especially useful when you’re trying to find a specific target, like a Captain within a certain area marked on your map. 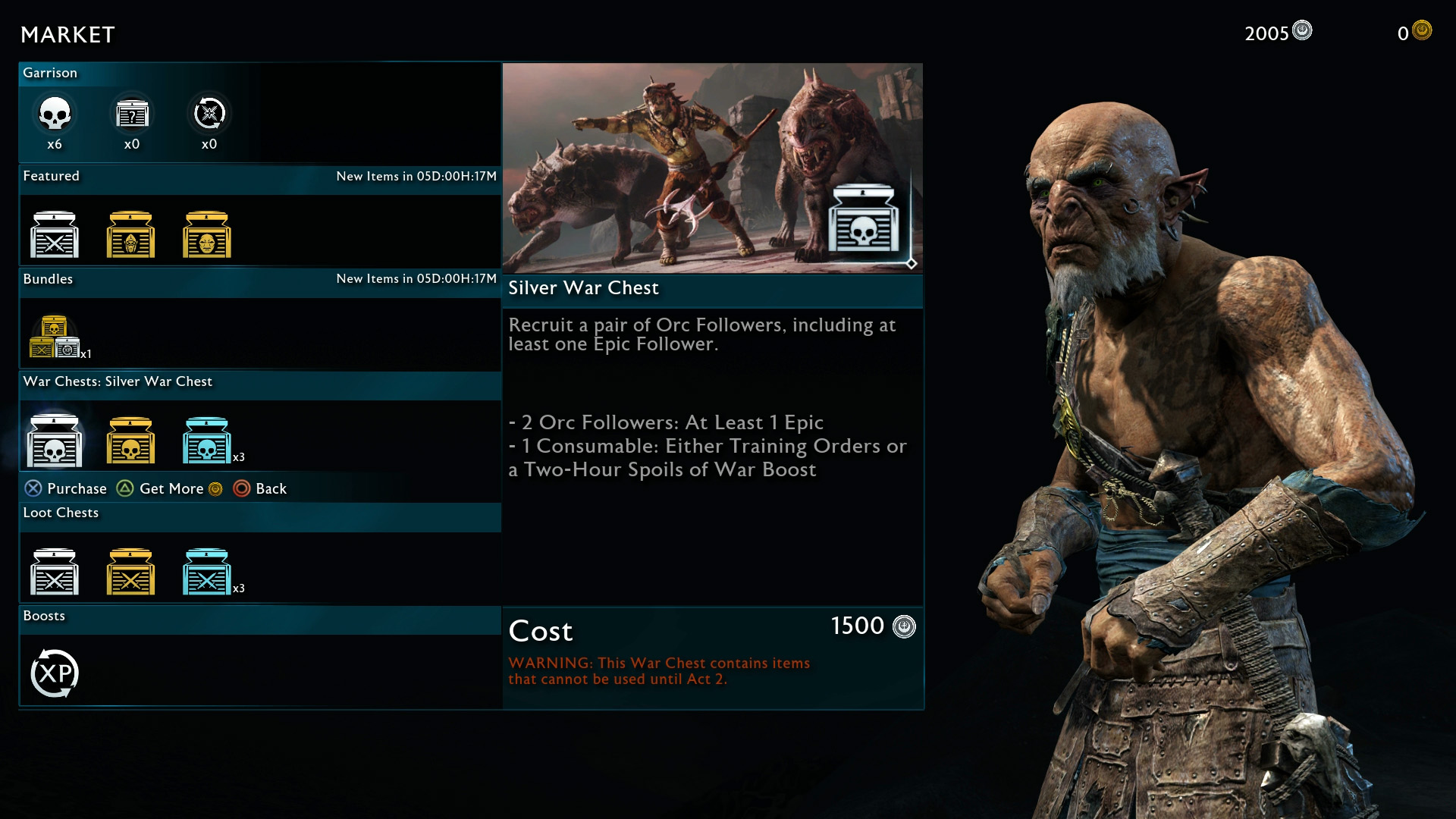 Mirian and Gold are two currencies used in the Shadow of War Market found in the game’s menus while your story is loaded up. While Gold is something that you can purchase using real money, Mirian is the currency that you can earn in-game. Often, when you defeat an enemy they will drop Mirian. Pick that up and you can use it to buy things in the Market, including Followers and powerful gear. These items will help Talion tremendously on his journey, as both can be used to make him more powerful and help him overcome his enemies.

There are a lot more combat and stealth tips for Shadow of War, but these should help get you started and acquainted with what you’ll deal with in the first several hours of the game. Remember, there is an in-game Guide that you can browse any time through your platform’s pause menu. This Guide does a great job of explaining all the mechanics you need to remember and master.