Opening a Lockbox seems like an odd way to get collectibles while playing Uncharted: The Lost Legacy, but gamers have no choice in the matter. Lockboxes in the game not only contain weapons and gear that are valuable to your journey, they can also hold Treasure and Hoysala Tokens, items that are tied to even more collectibles. 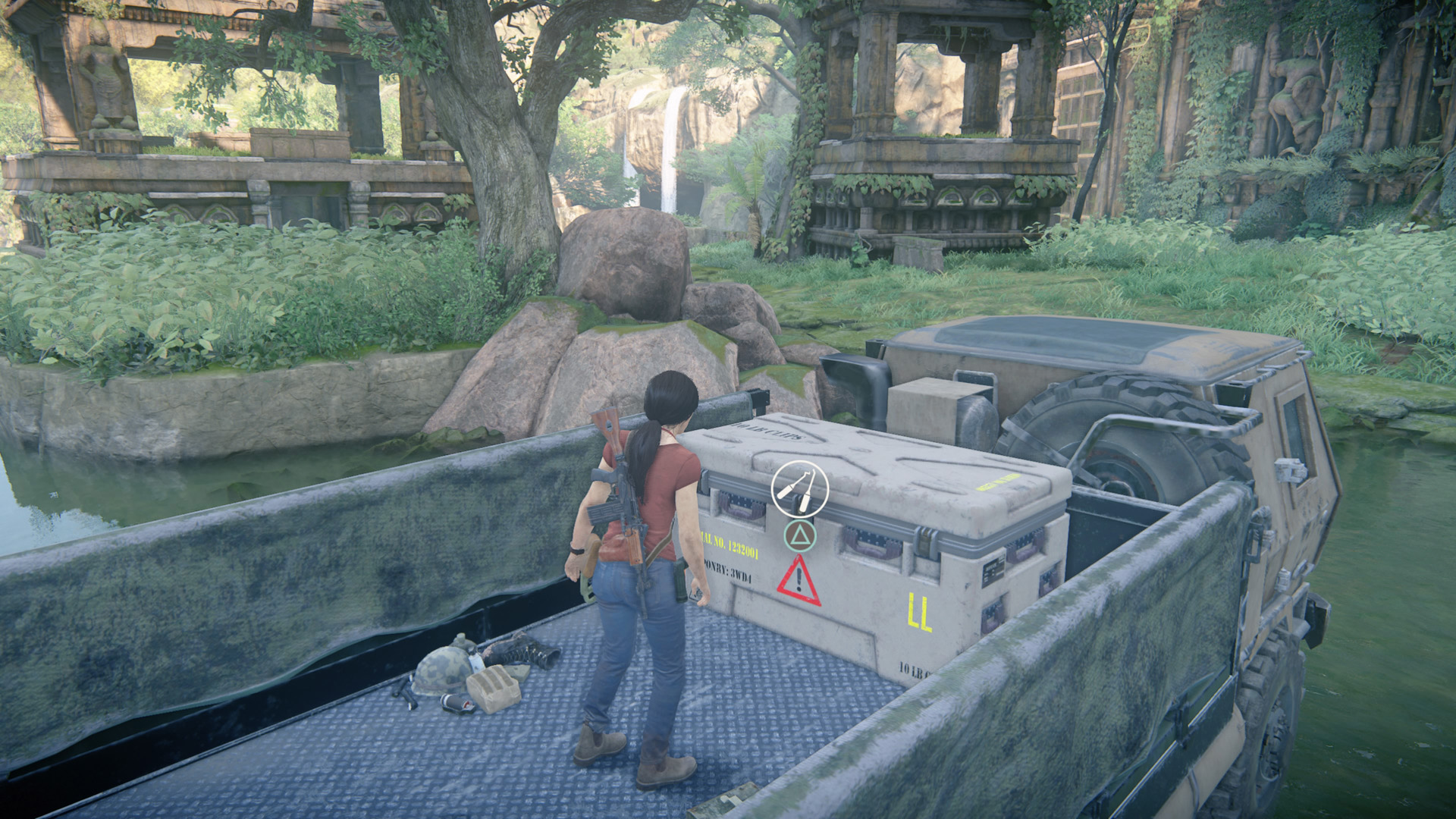 Lockbox #1: The only Lockbox in this chapter is found near the end, close to the area where players take one of the Photo Opportunities. It’s outside the temple and sitting in the back of a truck by a waterfall. 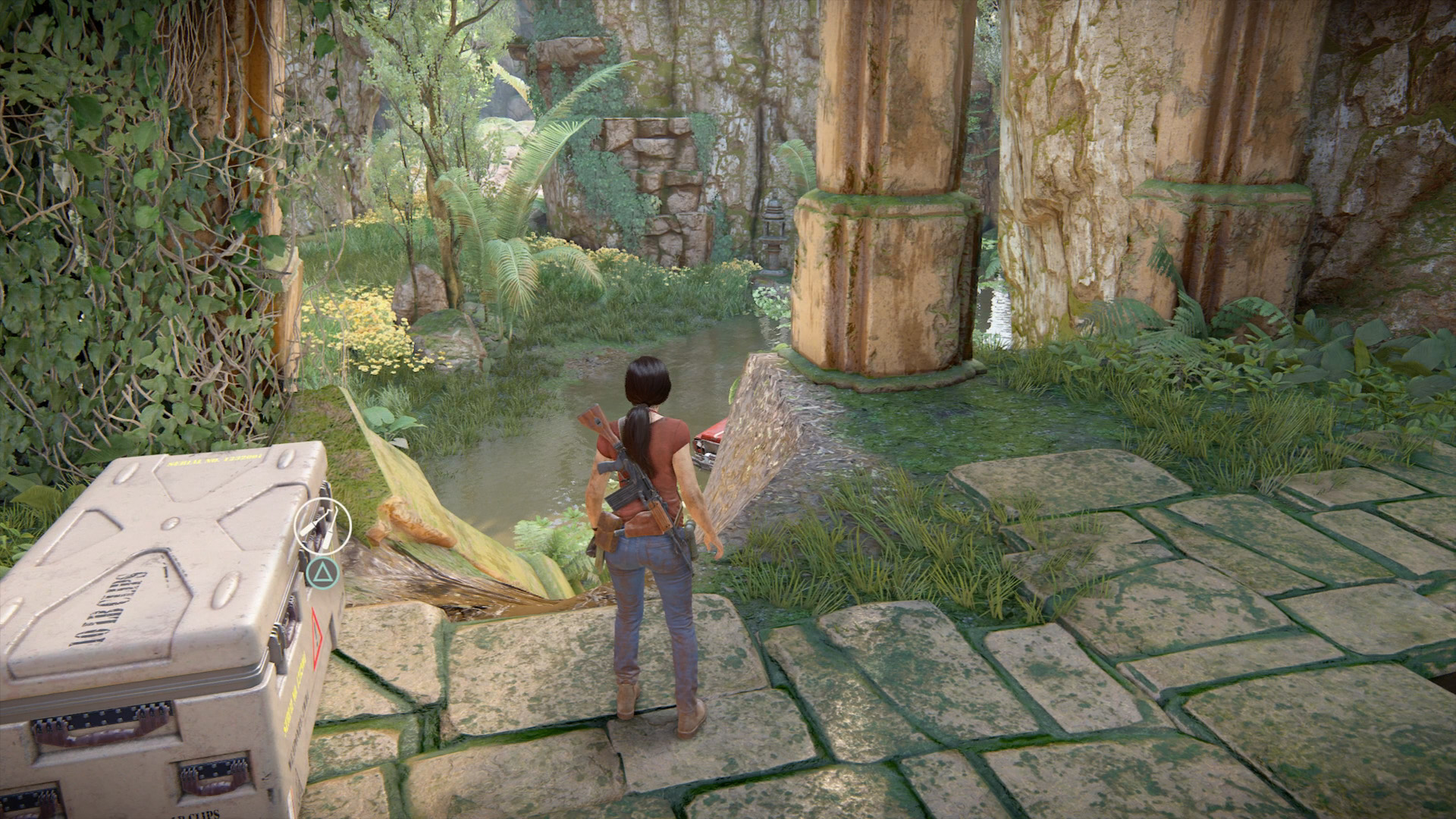 Lockbox #2: Find this Lockbox by following the river west when you begin the chapter. When the river narrows, look to your left and above you. There’s a Lockbox you must use your grappling hook to reach. 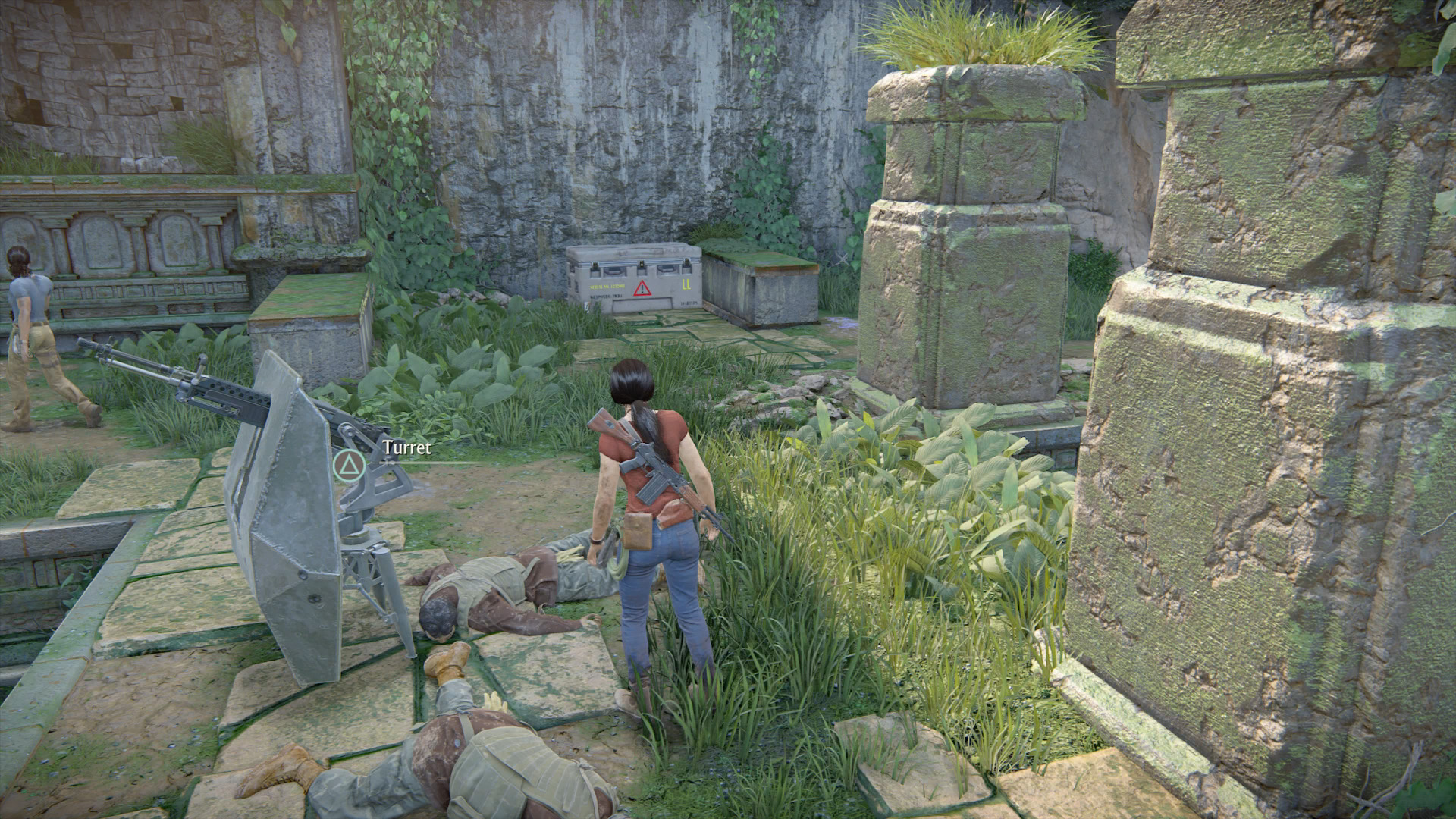 Lockbox #3: in the south part of the map you’ll encounter enemies and a gun turret. Near the gun turret is a Lockbox. It’s in the same area as a Hoysala Token and Photo Opportunity behind a weak wall.

Lockbox #4: This Lockbox is in the back of a truck after you exit the fort with the trident above the door. It’s the truck that the reinforcements you just fought through would have arrived in. 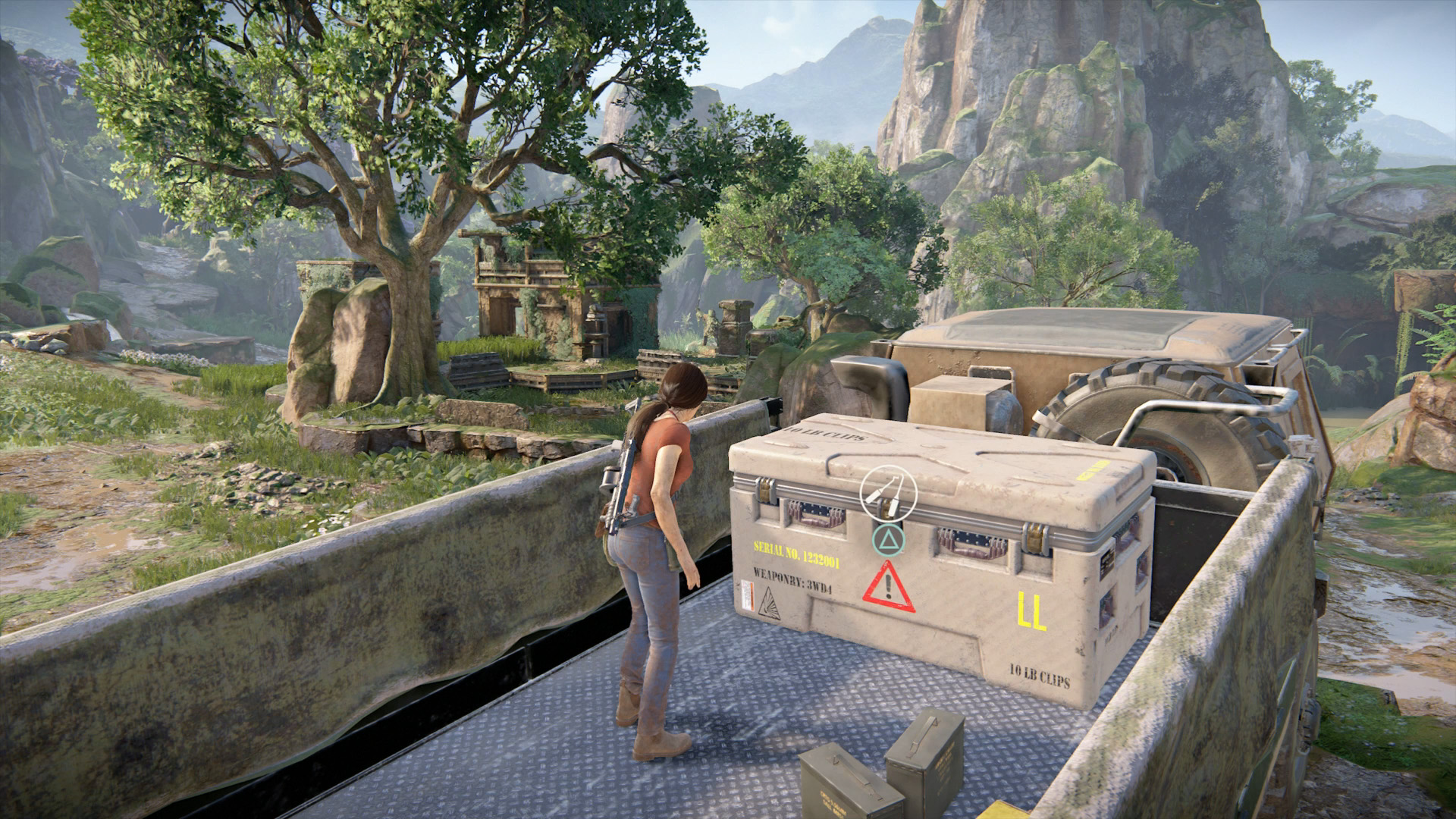 Lockbox #5: Open a Lockbox that’s located to the south of the area with the monkeys. The Lockbox is in the back of a truck that sits near an enemy outpost. There’s also a Hoysala Token in the area. 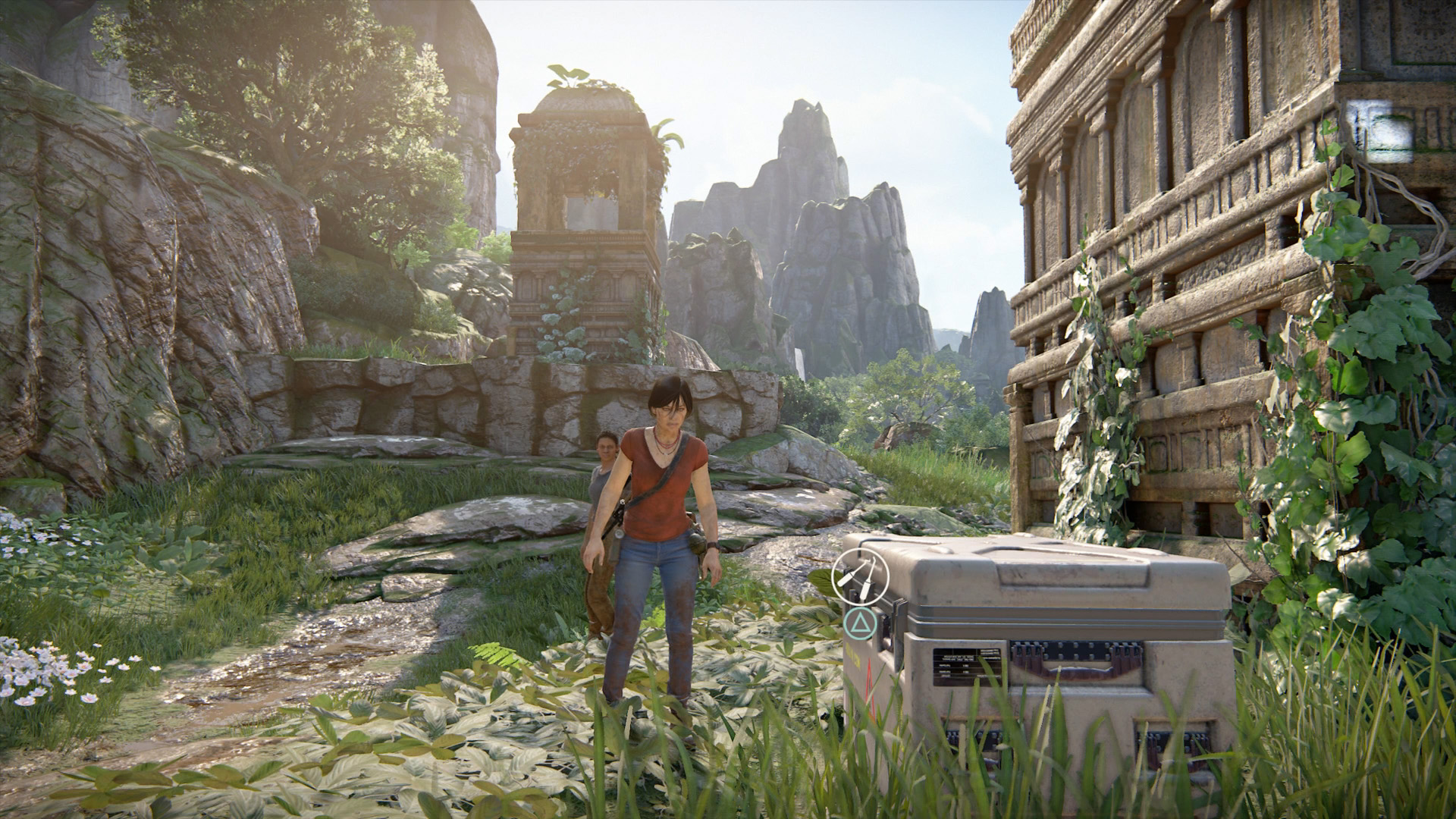 Lockbox #6: Just outside the entrance to the area with the monkeys in the northeast part of the map is a Lockbox. The Lockbox is a few feet away from the steps leading to the monkeys and contains a Treasure. 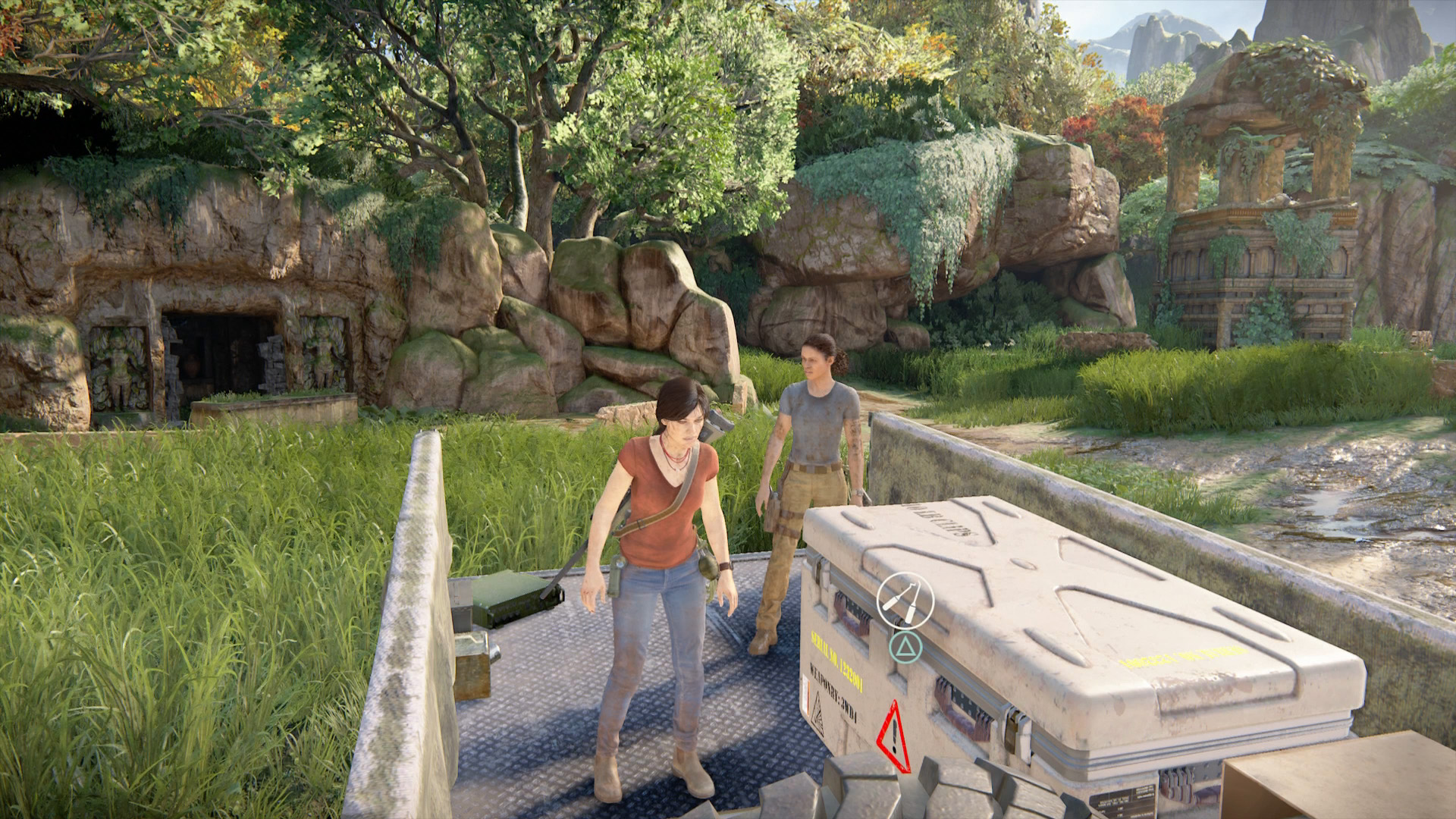 Lockbox #7: A Lockbox is located across the river and to the north of the big tower in the middle of the map. It’s near another enemy outpost. This Lockbox is also in the back of an enemy truck. 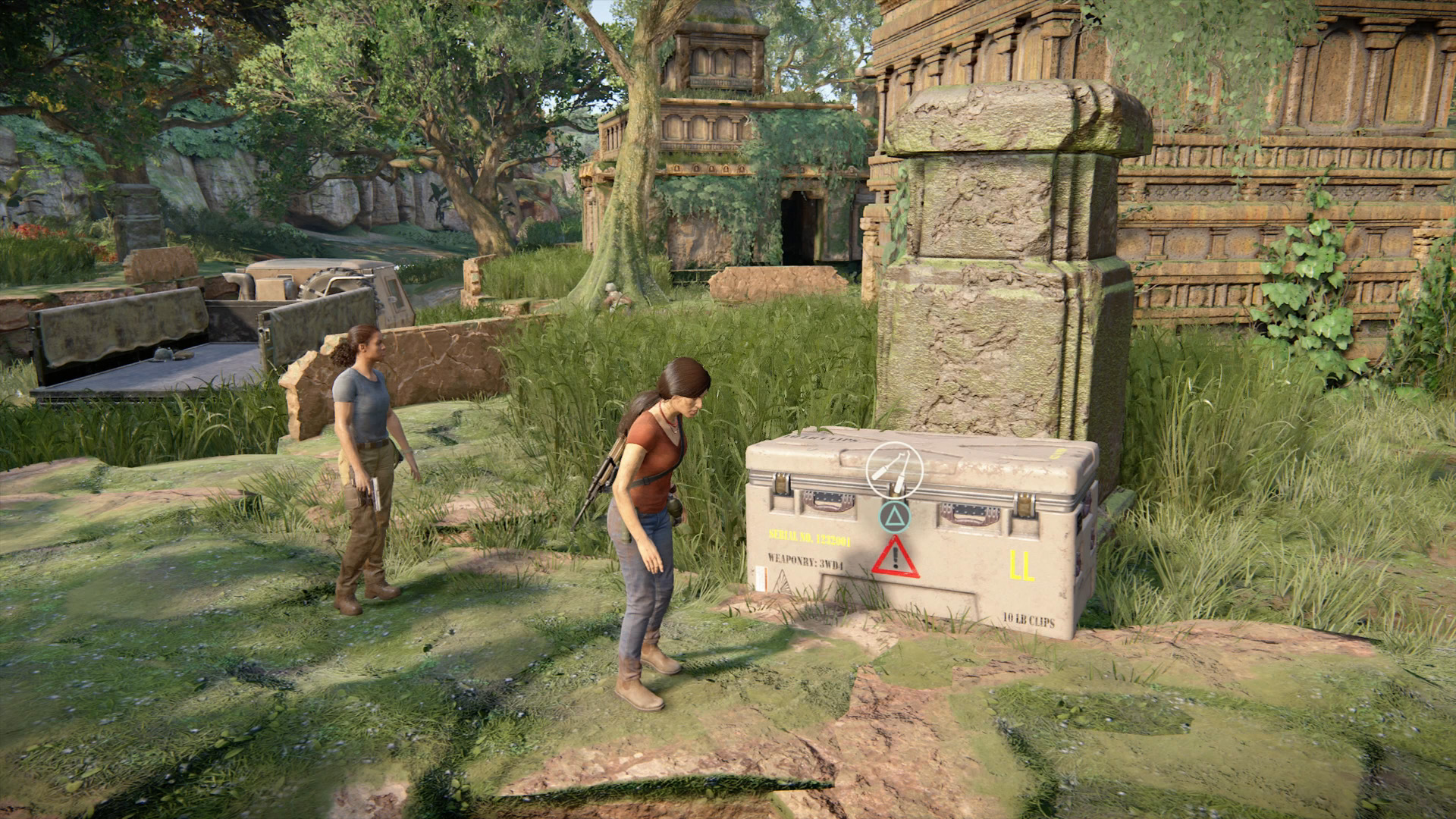 Lockbox #8: This Lockbox is located north and across the river from the tower in the middle of the map. It’s in the same area as the previous Lockbox. It’s near a second truck, but not in the back of it. 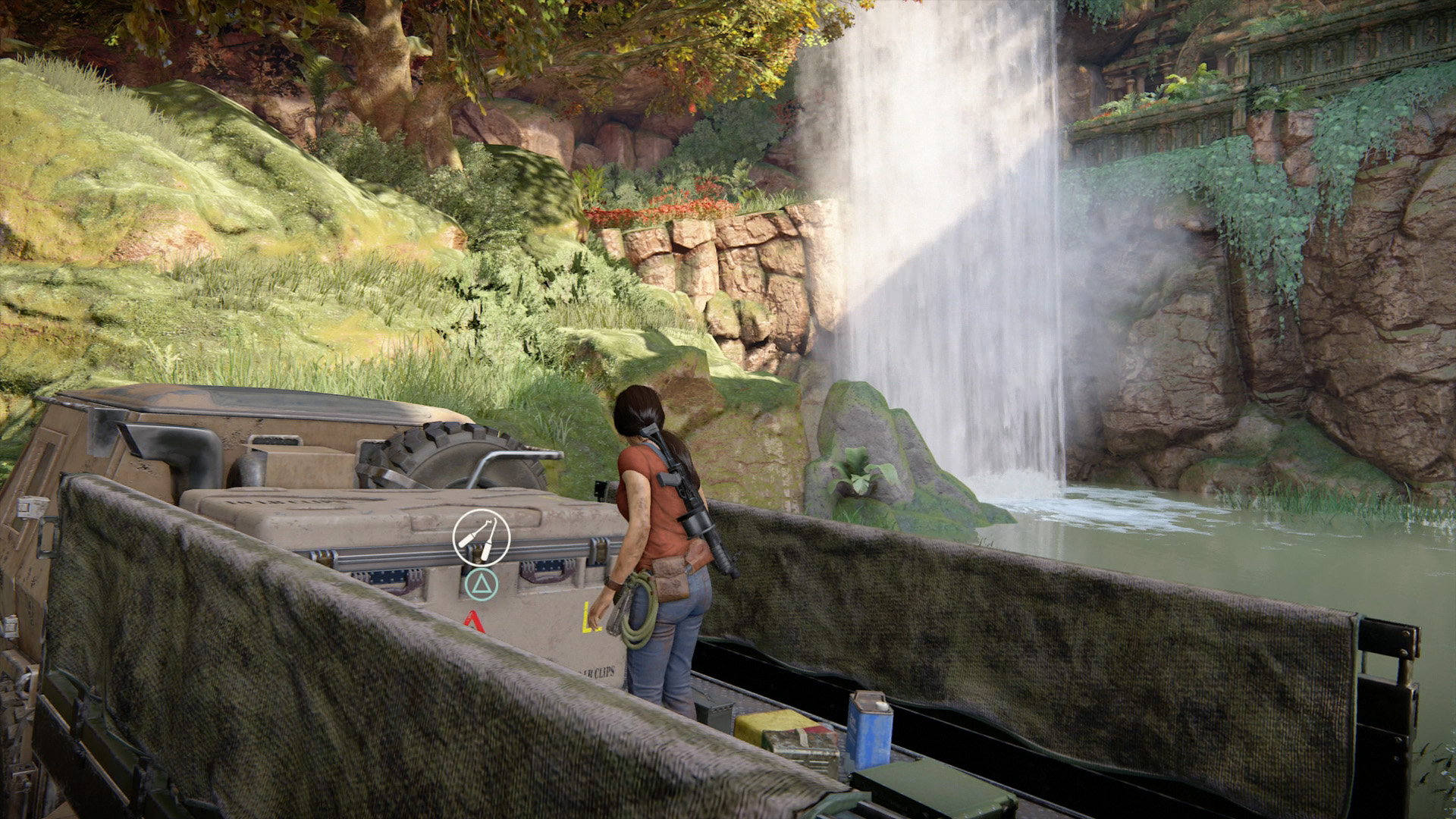 Lockbox #9: Find and open a Lockbox in the northern part of the map, just outside the fort with the axe on it. Look for a truck, hopping into the back and opening the Lockbox you find. 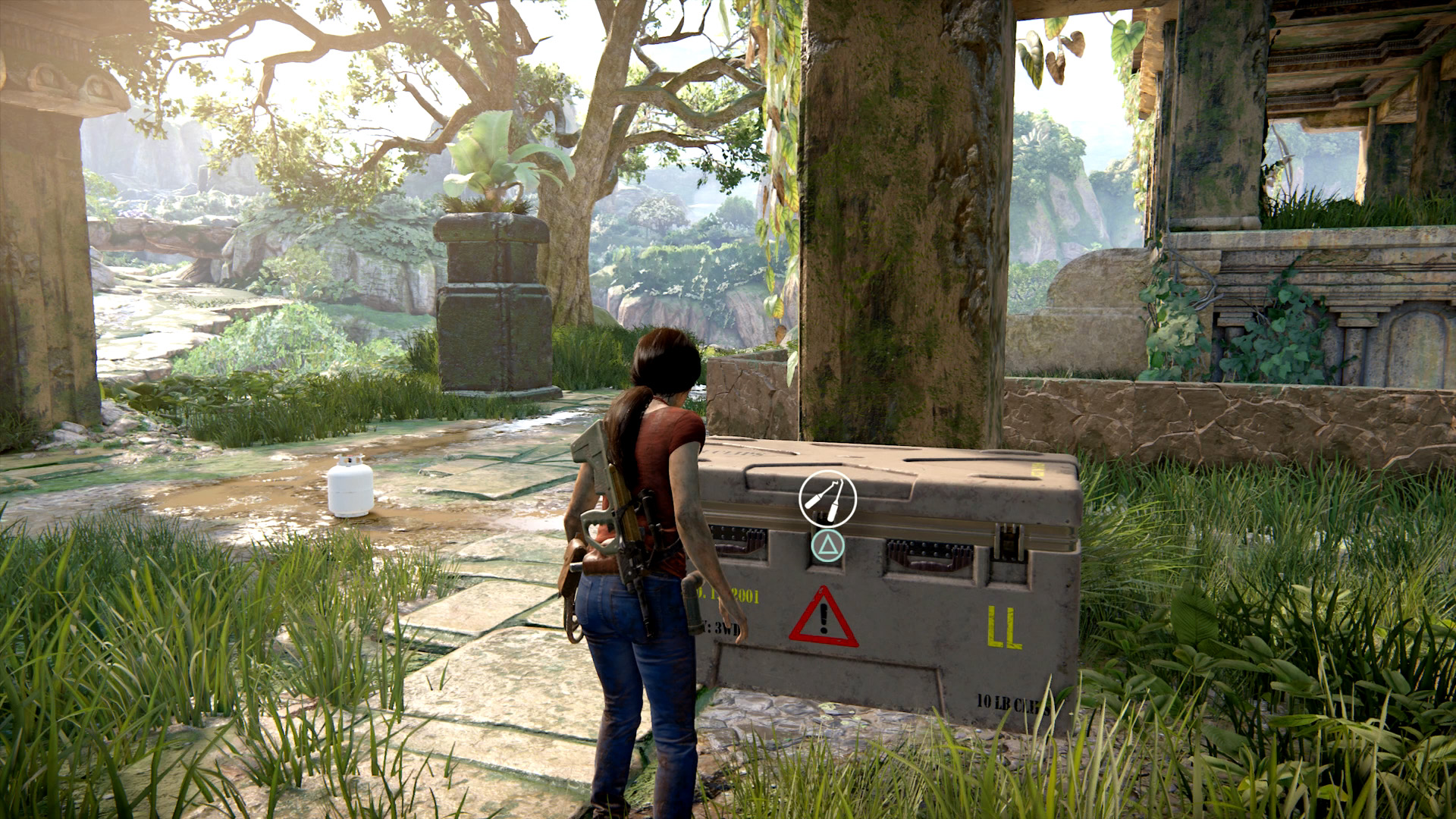 Lockbox #10: Locate a Lockbox on the north shore of the large body of water to the southwest. The Lockbox contains a Treasure and Hoysala Token, and can be found in the fort with a bow statue. 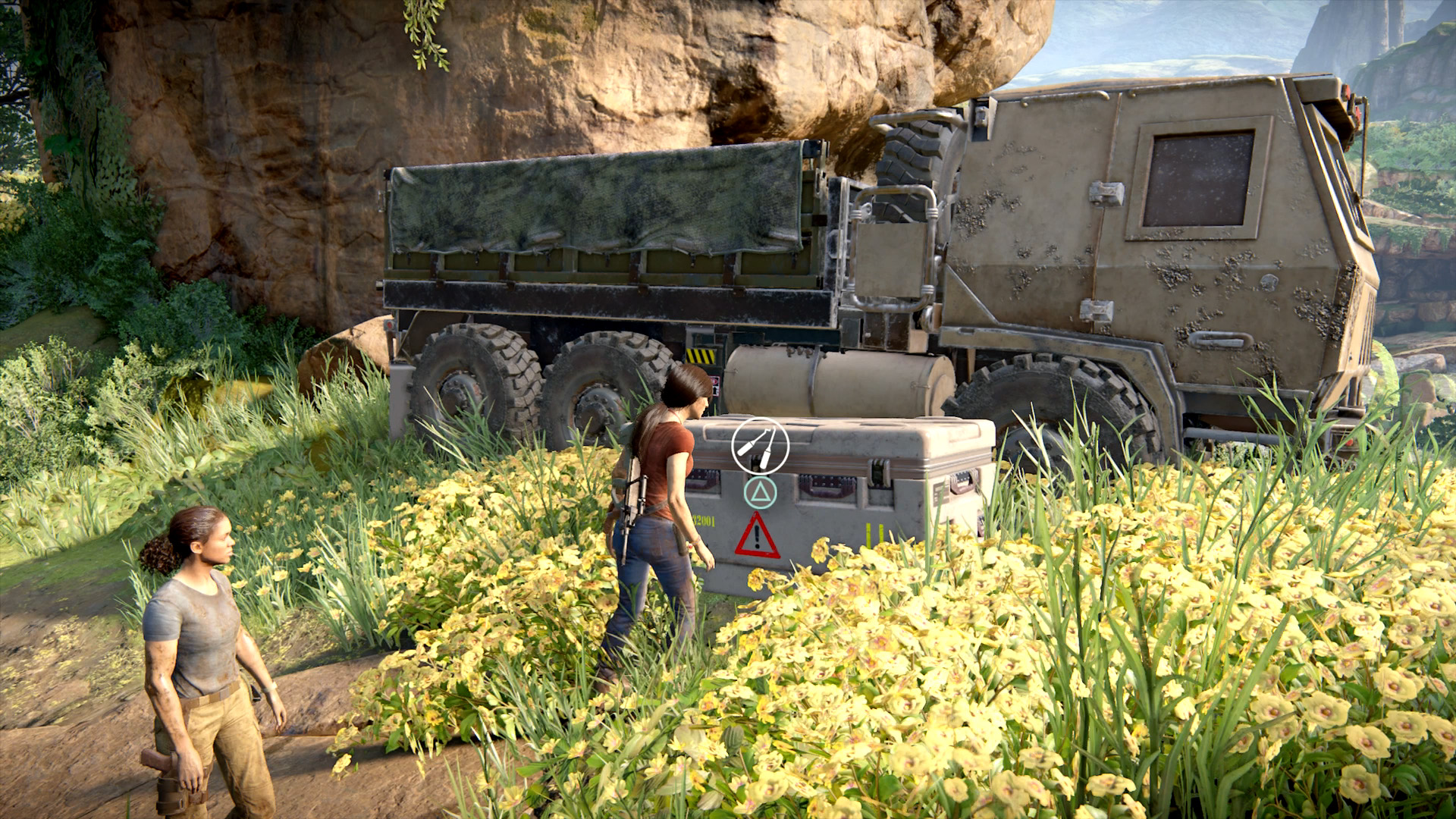 Lockbox #11: Open a Lockbox in the southwest corner of the map, as you head into the fort. You must pass the trucks parked outside, and beside one of the trucks is a Lockbox you need to pick. 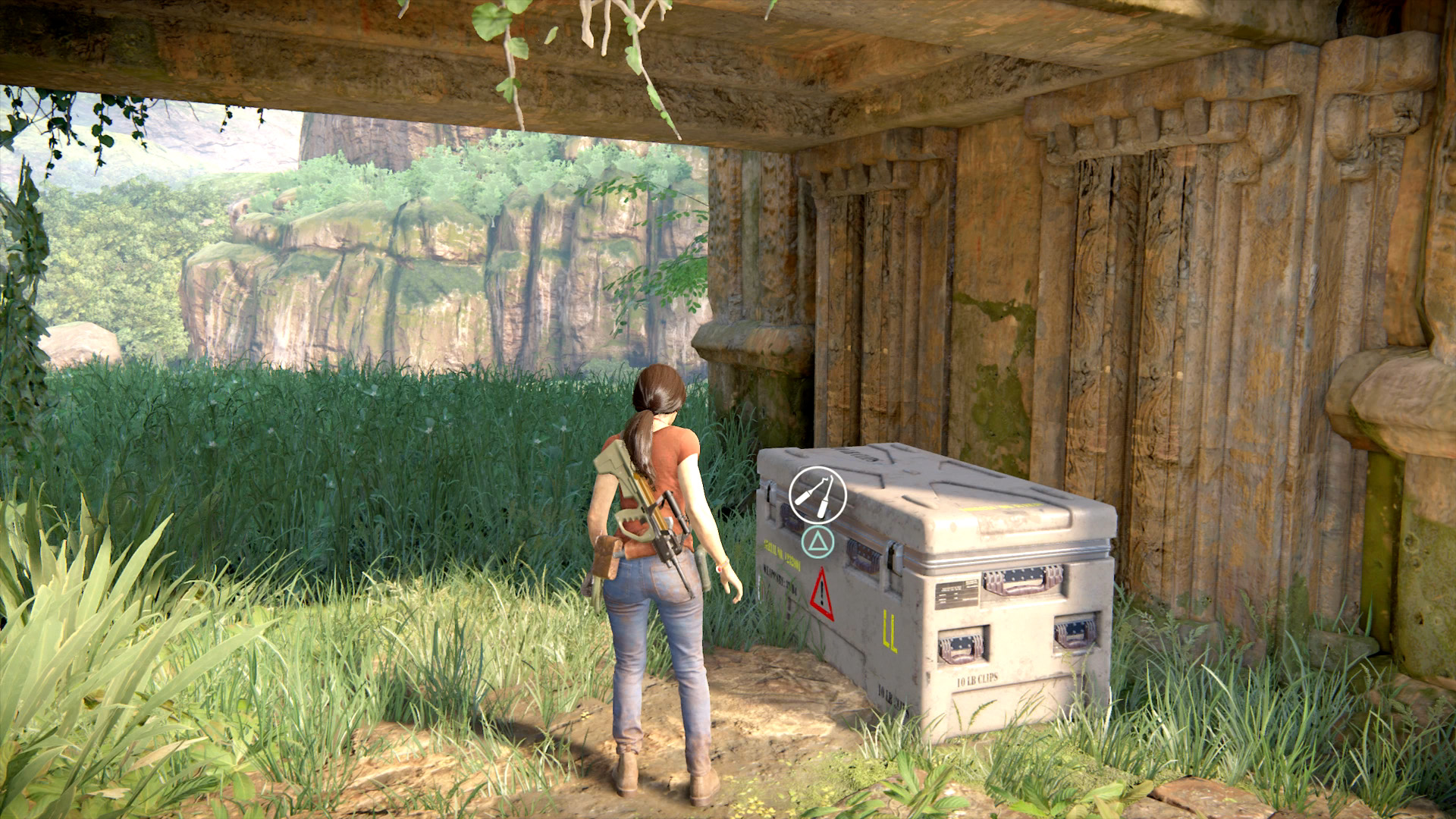 Lockbox #12: The final Lockbox of the chapter is found in the high-up fort with many enemies. As you move to the right side of the fort you’ll see the Lockbox sitting inside a broken piece of wall. 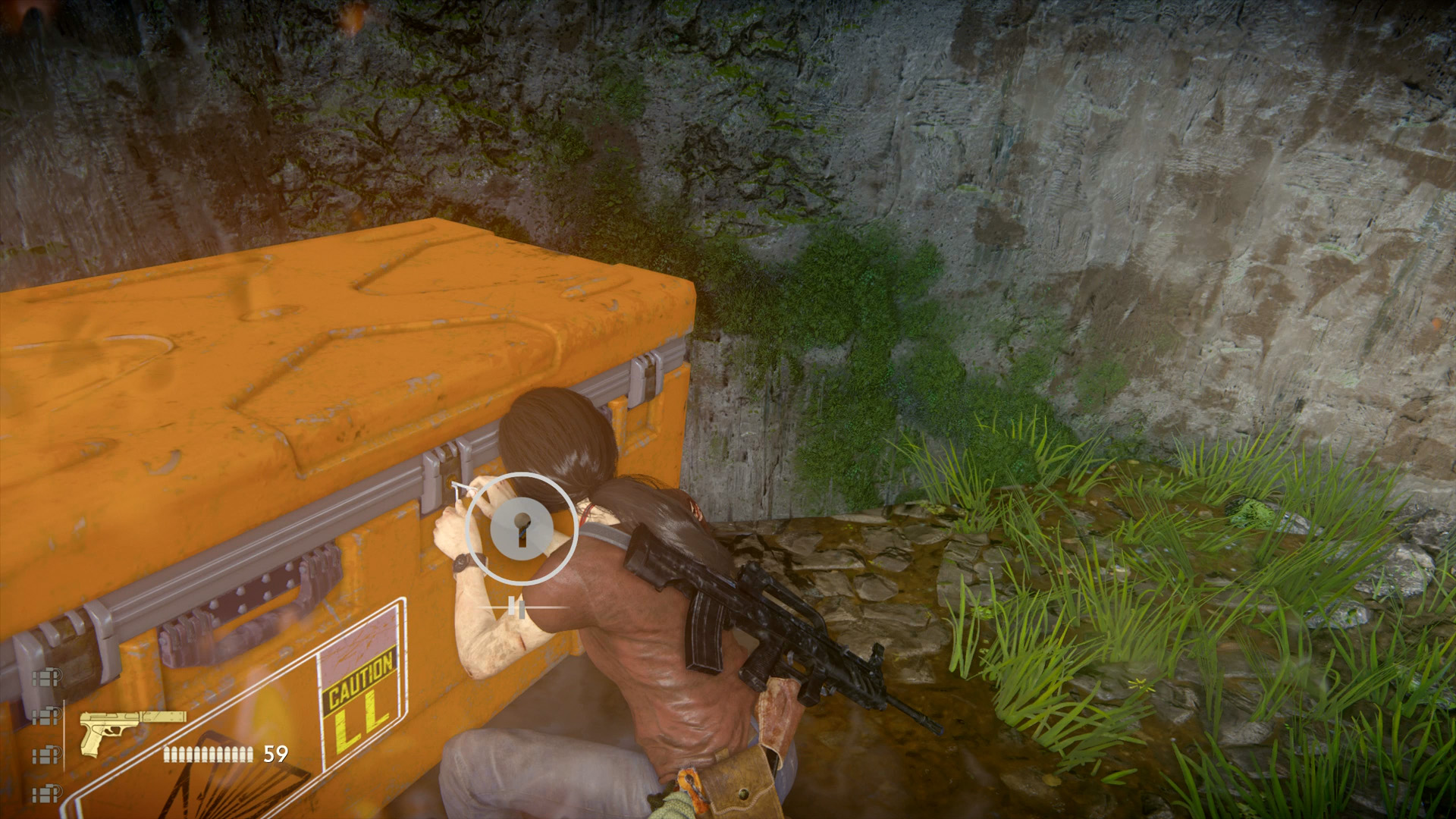 Lockbox #13: Find this Lockbox at the start of the chapter, in the area where the armored vehicle patrols. It can be found on the right side of the area, tucked underneath one of the stone structures. 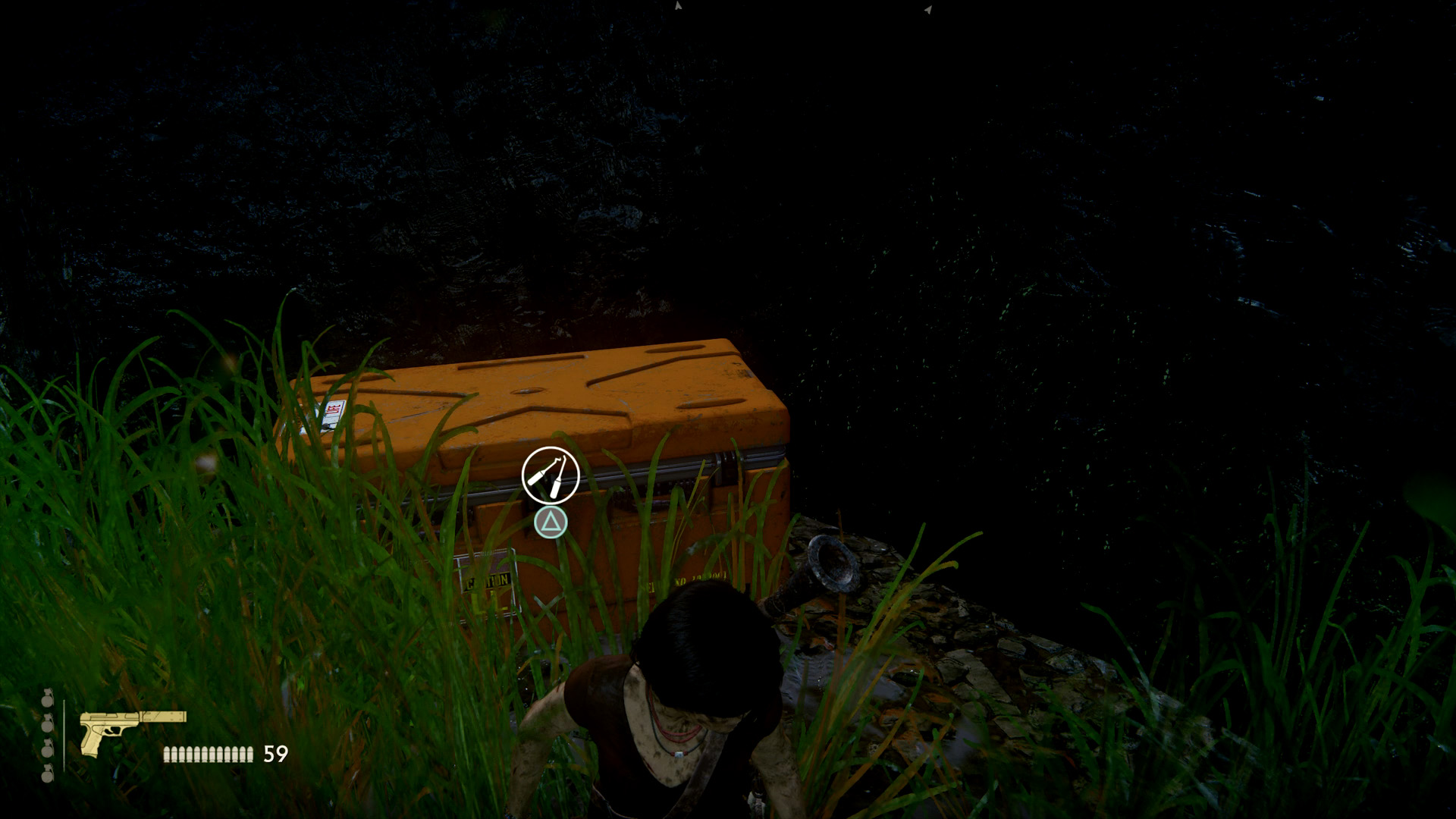 Lockbox #14: This Lockbox is found in the early parts of the chapter, in the area with the armored vehicle. You’ll find it under one of the stone structures, not far from the stairs you climb to meet Nadine. 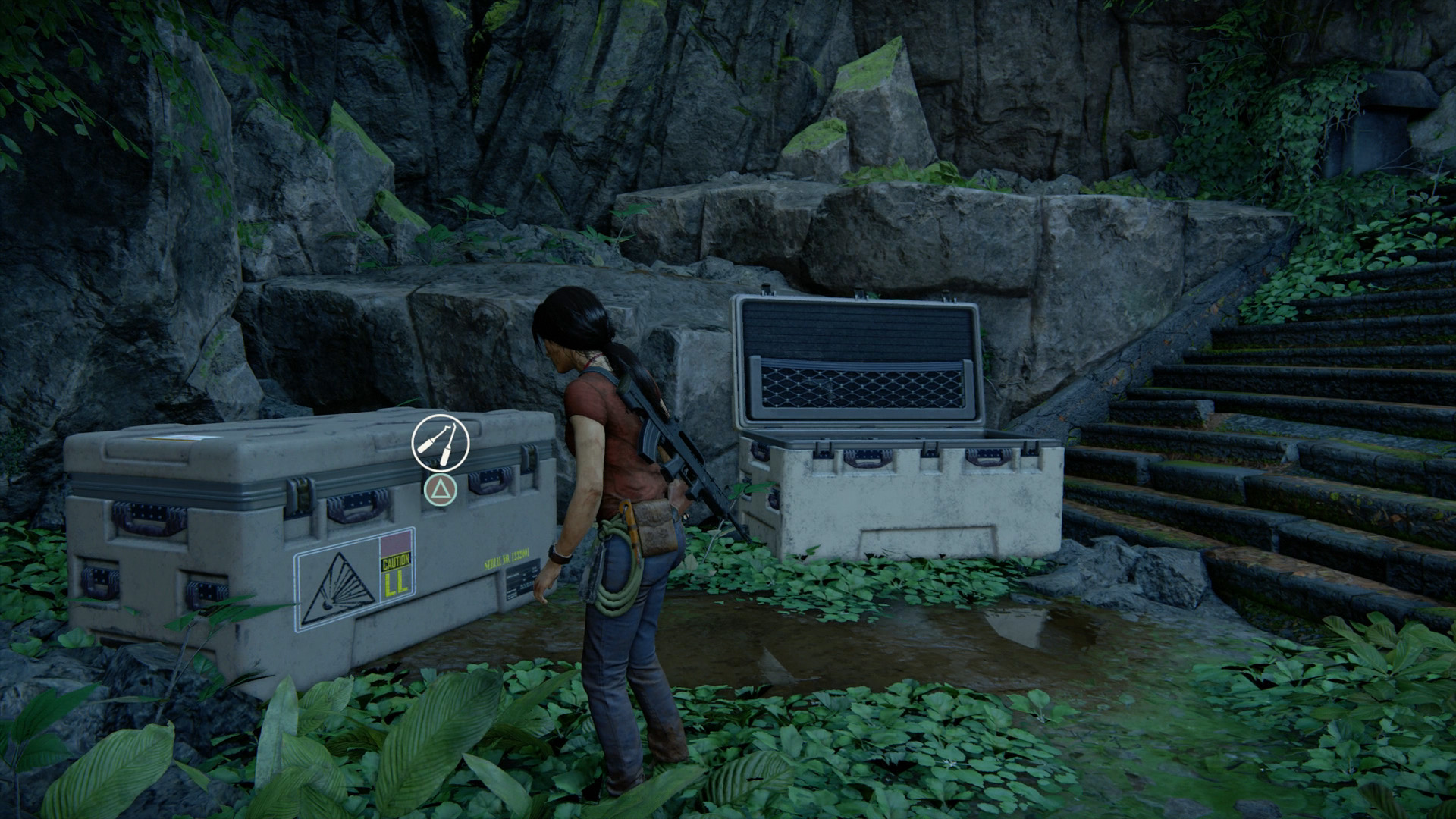 Lockbox #15: The final Lockbox of this chapter is found just after you leave the area with the group of elephants. Head straight up the steps in front of you until you find the Lockbox. 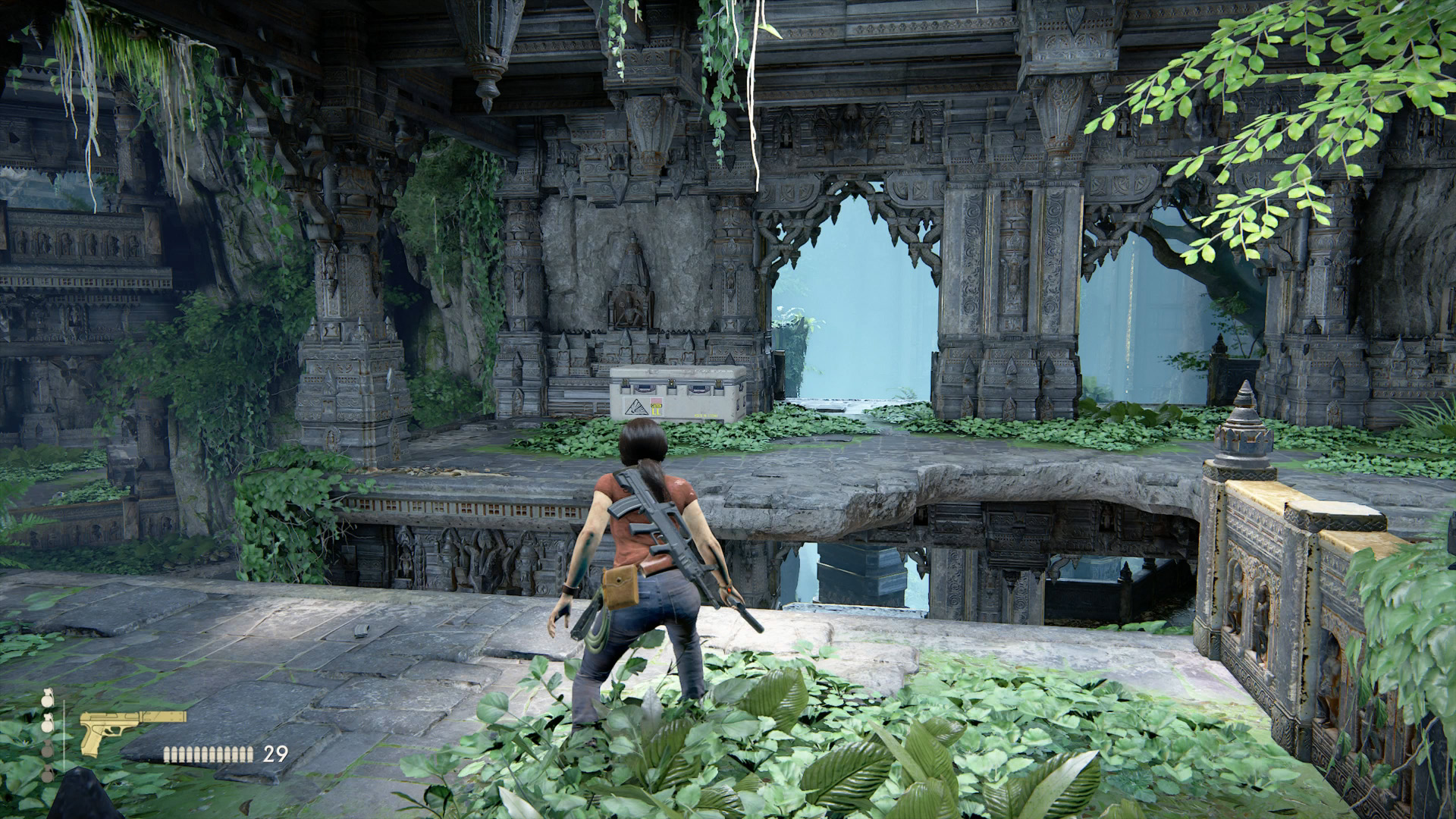 Lockbox #16: Get the one and only Lockbox of this chapter near the start. Swing to the area left of your spawn and fight through the enemies. The Lockbox is on the second floor. It’s difficult to miss. 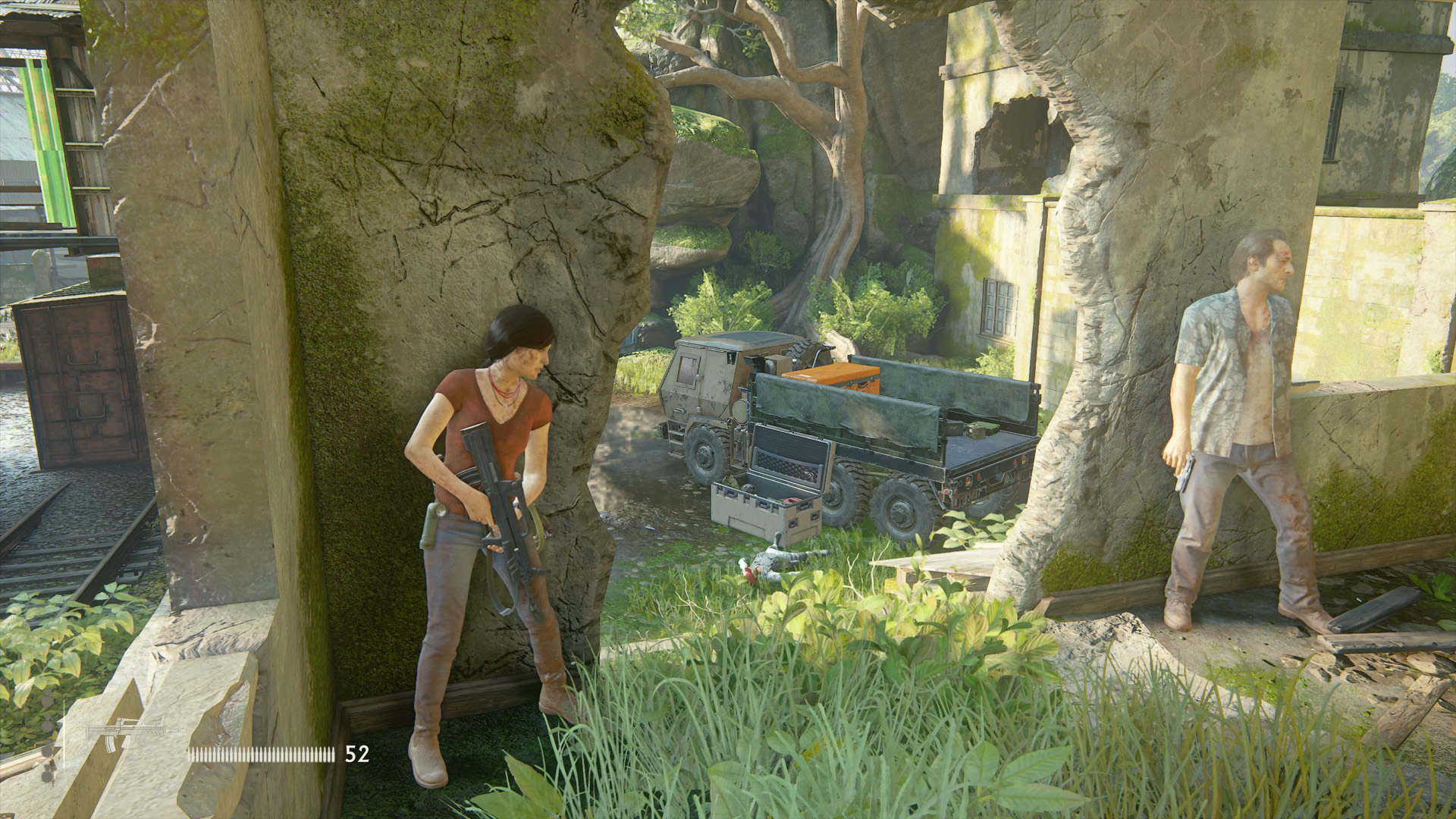 Lockbox #17: This Lockbox is located on the right side of the final area in the chapter where you fight through about a dozen enemies and a chopper. You’ll find it in the back of a truck. 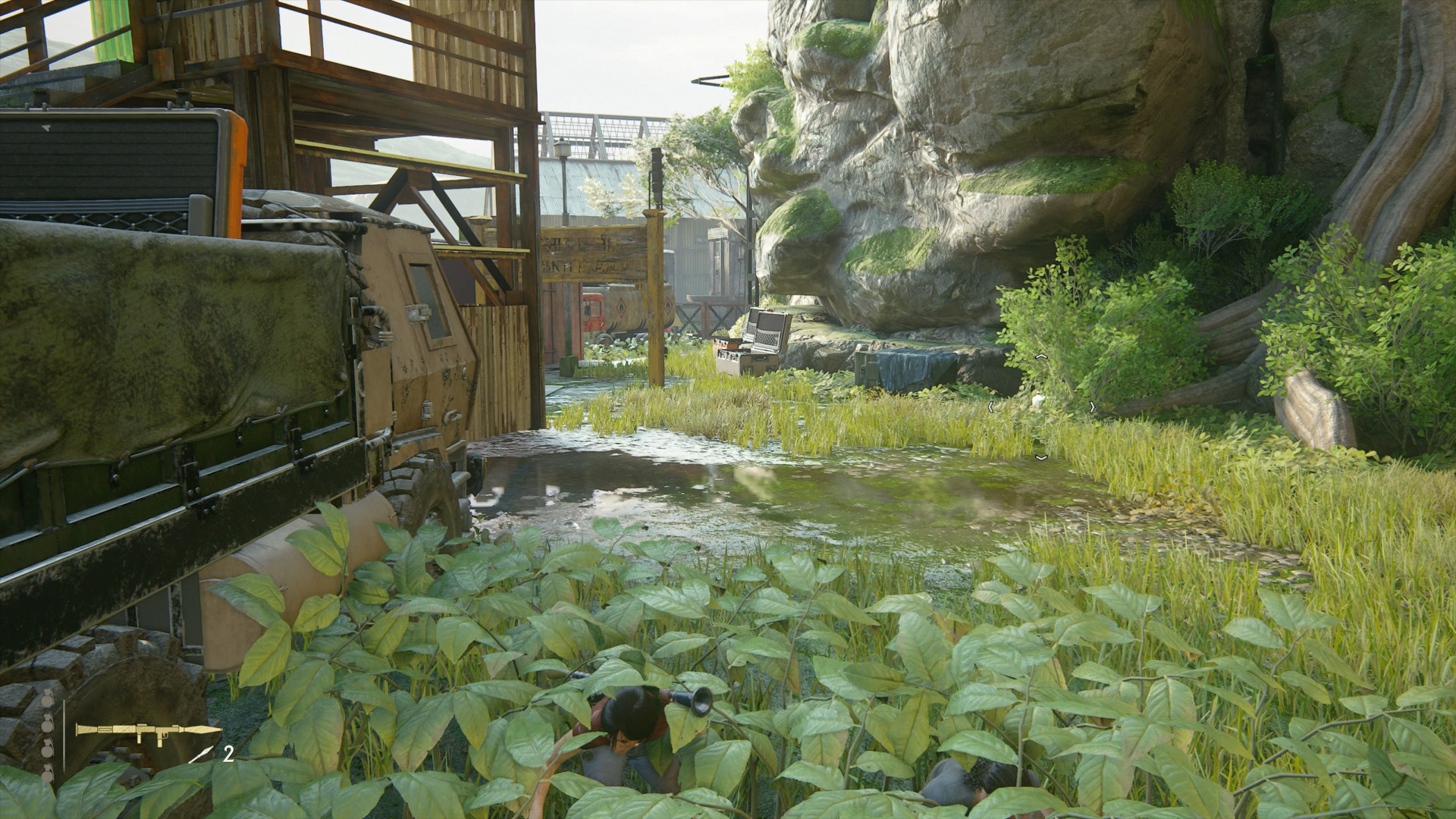 Lockbox #18: Locate a Lockbox in the final area of the chapter where you must deal with many foes and a helicopter. It’s along the right-side wall at the very back. 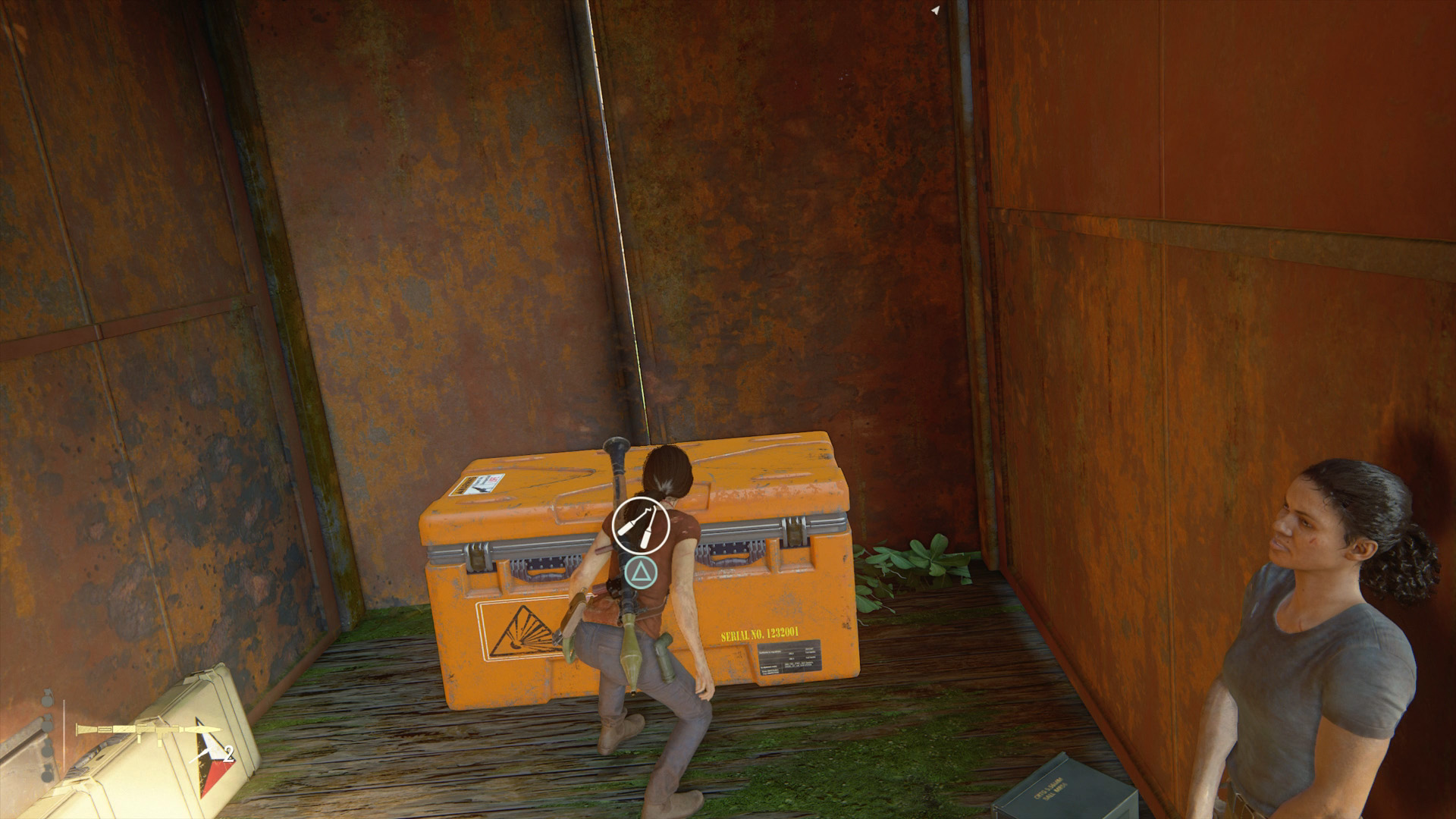 Lockbox #19: Open this Lockbox in the final area of the chapter where you fight the helicopter. It’s in the middle of the zone tucked inside a train car. 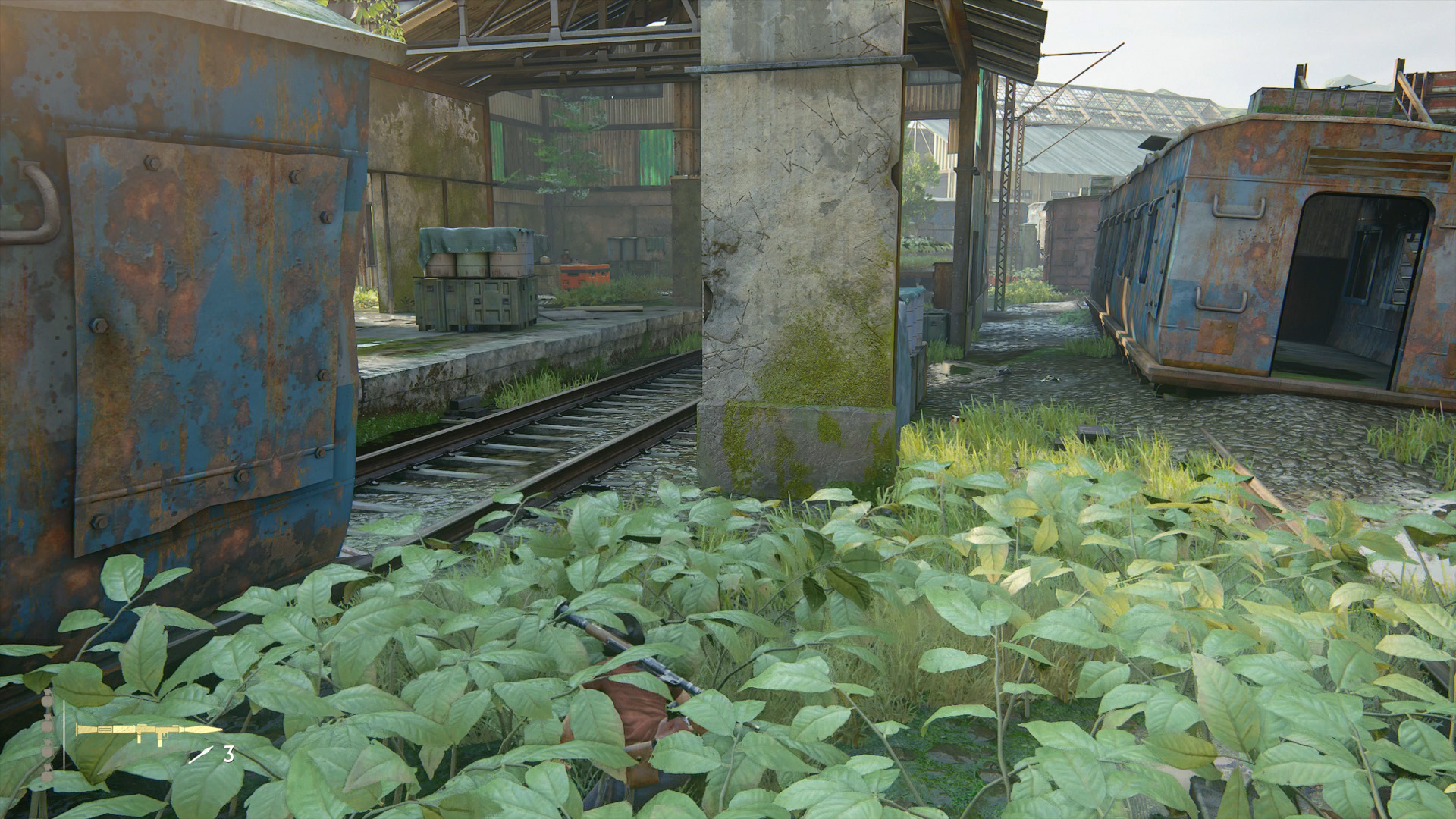 Lockbox #20: Find this Lockbox in the same area where you fight the helicopter. It’s under the train platform in the back-left corner. 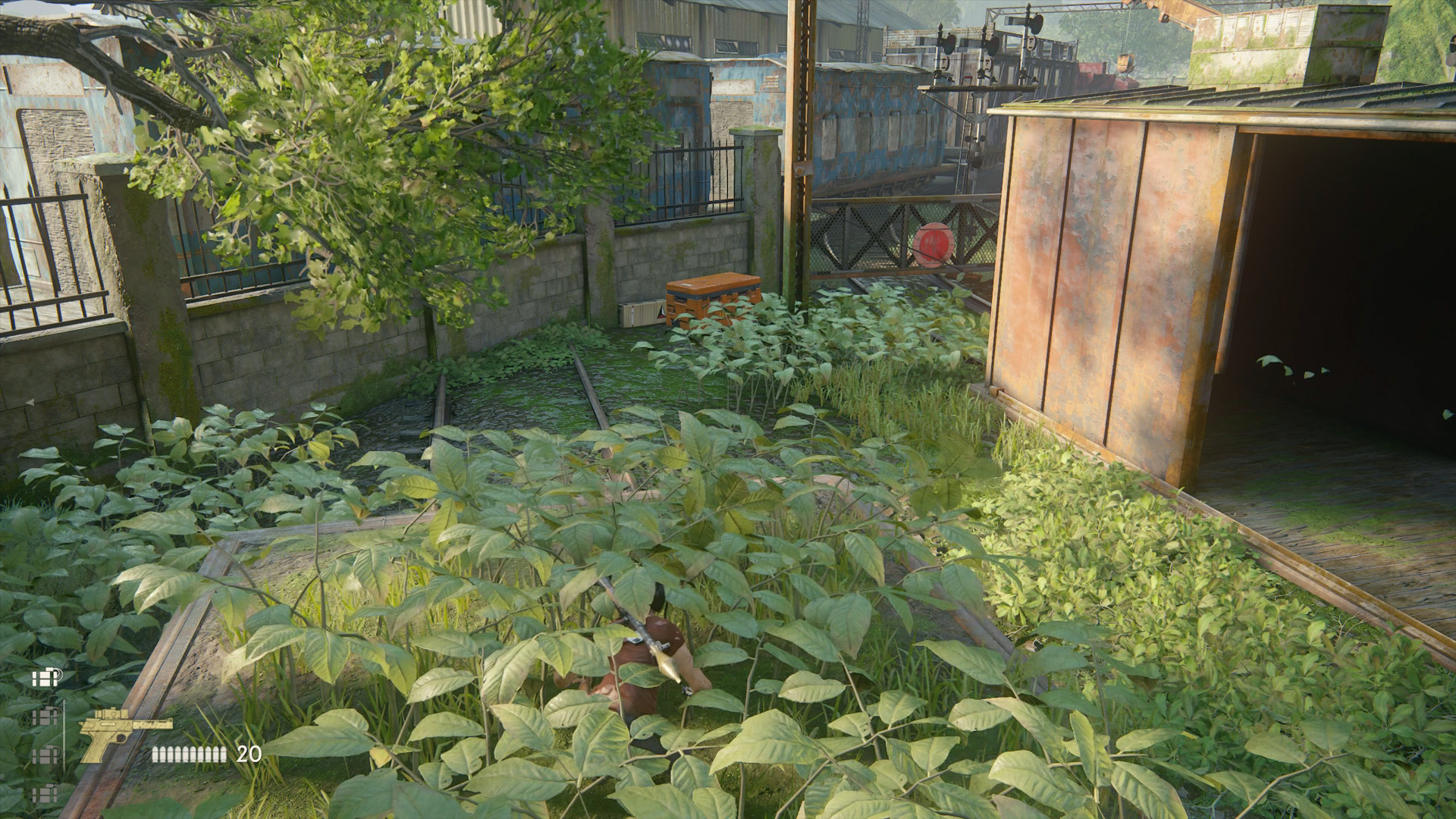 Lockbox #21: The final Lockbox of the game is found in the zone where you battle the chopper. It’s at the very back part of the area from where you entered.

If you’ve followed this guide you’ll have opened all 21 Lockboxes and earned two trophies; Five Finger Discount and Picks or It Didn’t Happen. To continue Chloe and Nadine’s journey, try our Uncharted: The Lost Legacy guide. We’ve got a walkthrough for every collectible in the game, info on solving puzzles, and tips to get more trophies.