Agents of Mayhem: Beginner's Tips and How Characters Work

Volition found a way to pull their Saints Row franchise out of the shadow of the Grand Theft Auto shadow and turn it into its own chaotic and absolutely ridiculous open-world mainstay. Their newest game, Agents of Mayhem, is a spin-off from the Saints Row franchise centered on an organization filled with a collection of unique and interesting characters. One thing has to be established up front: Agents of Mayhem is not Saints Row with a new cast. While the expected humor and over the top action are both in place, Volition has created a very different style of game that 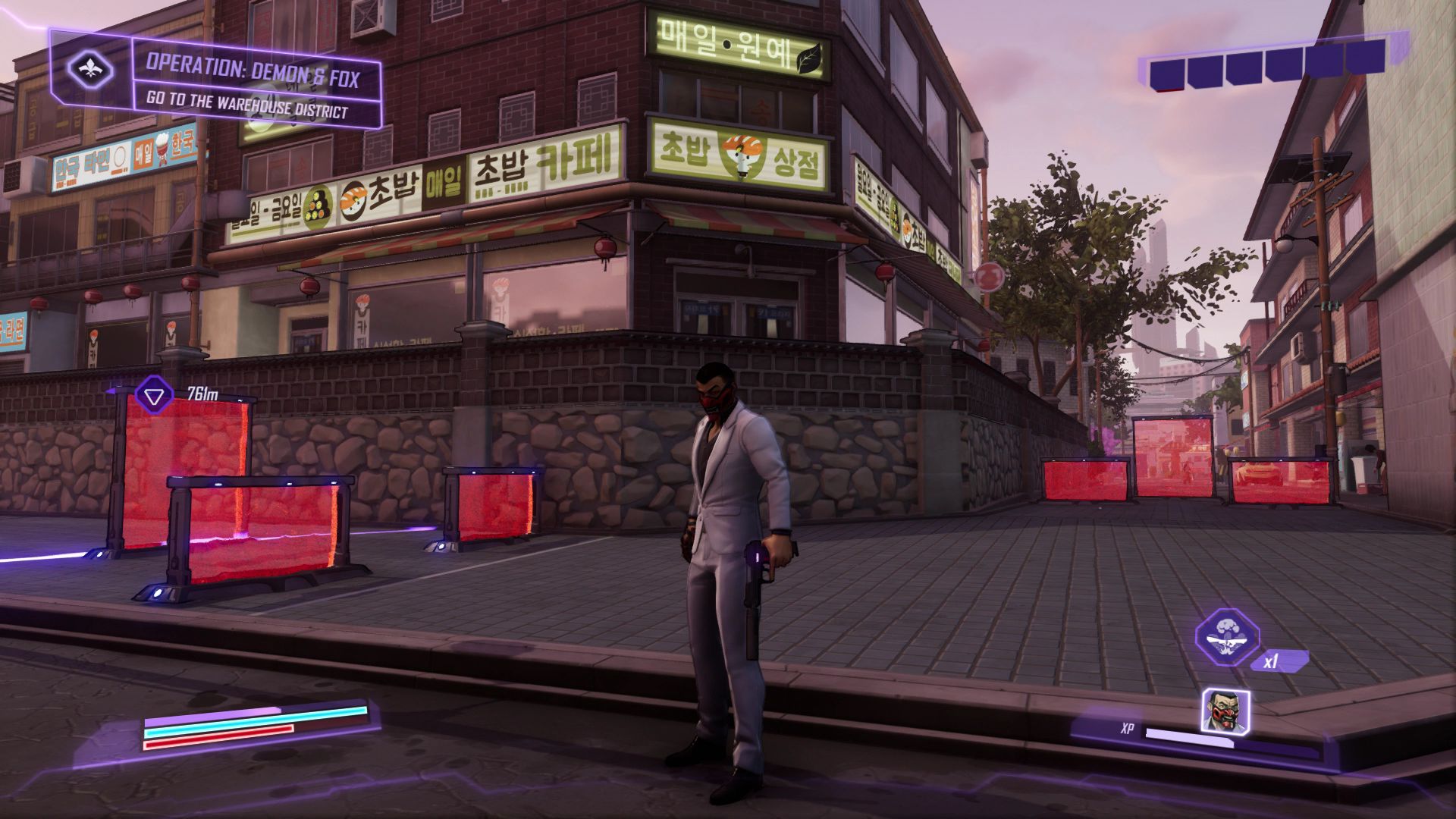 The various agents are the bread of butter of this experience. You constantly operate in teams of three where you can instantly switch between them to fit different situations and enemy types. There’s one specific type of mission where you’ll only use character at a time, but more on that later.

When selecting your characters, there’s quite a bit to keep in mind. The different agents have a diverse collection of weapons from bows you have to charge to shoot to dual pistols that overheat over time. In lower difficulties, you can essentially just rock out with your favorite characters without too much concern for your trio’s composition. As you up the difficulty level, you’ll want to keep a balanced team with a short, medium, and long range character. Not only that, you’ll want to have different characters with strengths against different types of enemies. Some are good against certain types of shields or armor, so keep that in mind. Difficulty ranges from level 0-Recruit all the way to level 15-Chief of Executions. Some difficulty levels can only be unlocked once you have an agent reach a certain individual level.

You’ll start the game with three agents unlocked: Fortune, Hollywood, and Hardtack. Immediately after the tutor, al there will be missions available to unlock heroes. Some missions for unlocking agents are a part of the main campaign path as well. Those missions, after you complete the first part your team of three, puts you into the role of the unlockable character for a solo mission. Once complete, they’re all yours. As you progress, more agents will be available to unlock and you’ll even be able to take on additional missions center on agents you’ve already unlocked. 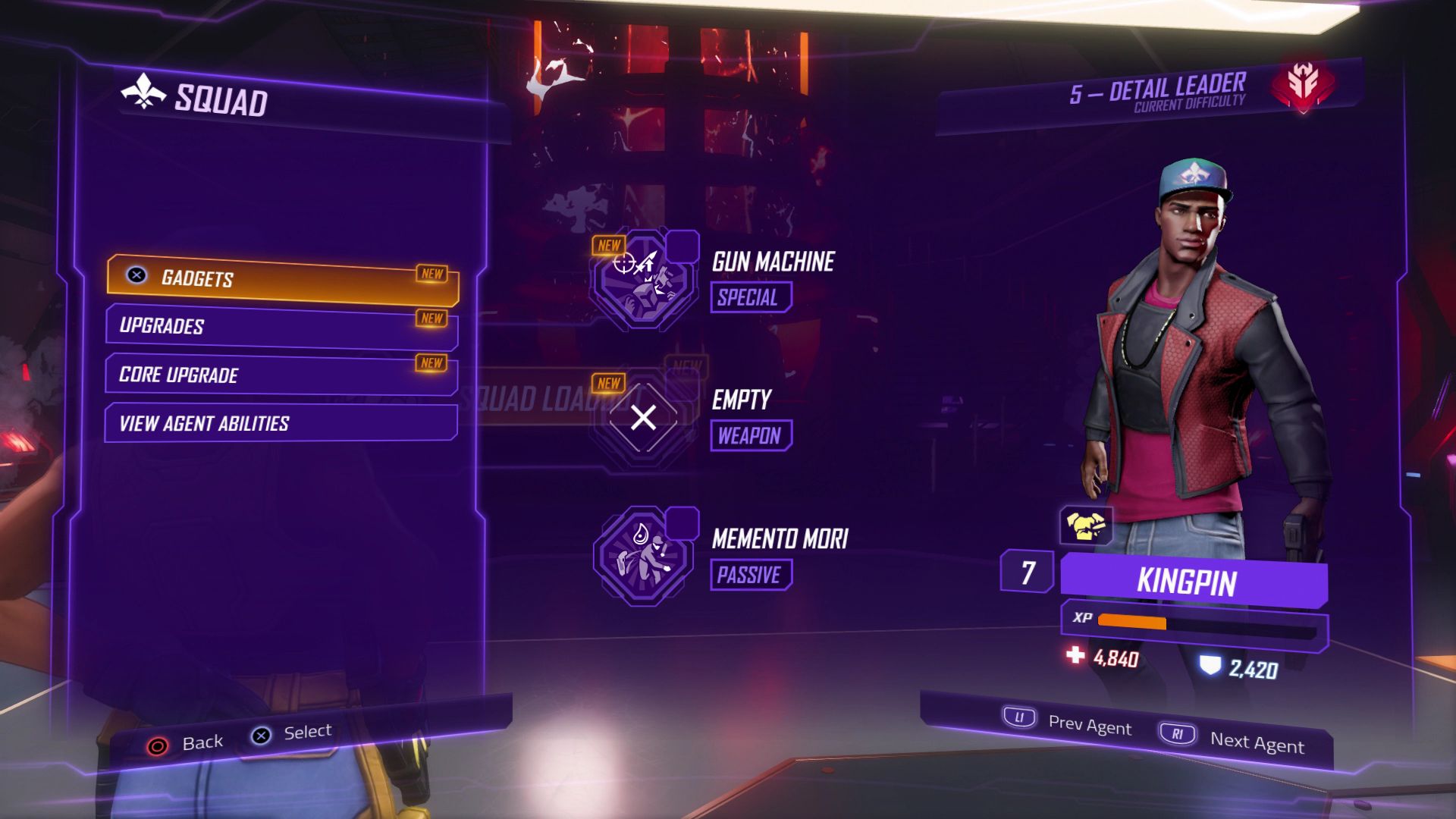 Your agents gain experience out in the field and can change their special ability properties or change the types of attack entirely. There are also upgrade points that will improve four stats that are focused on each agent’s suggested play style. For example, you can increase the amount of money earned with Fortune on your team or increase the health of the tanky agent Hardtack. The points come somewhat generously, but you’ll want to focus on what elements will benefit your own playstyle and team composition the most.

In addition to the points you’ll use to upgrade statistics, there’s Gremlin Tech that you’ll be able to equip to each agent. The Agents have three slots for tech: Special, Weapon, and Passive. Special influences the special ability that each character has, like grenades or traps, and they operate on cool-downs. In the weapon slot, the tech changes the effects of your standard attack by increasing critical rates, damage, range, etc.Lastly, the Passive slot covers a wide range of abilities like raising the recovery from health pickups and lowering the cooldown of Specials.

The last element to improving your Agents is Core Upgrades. Each character has three that are unique to them and can do things like increase defense when near a certain amount of enemies or enhancing the Agent’s unique Mayhem attacks. You can acquire upgrade cores various ways, but you’ll generally be seeking out crystal shards in the open world to make earn cores. For every 10 shards you find, you’ll receive one upgrade core. Limit core use to your regularly used agents so you can enter the field the most powerful crew you can. 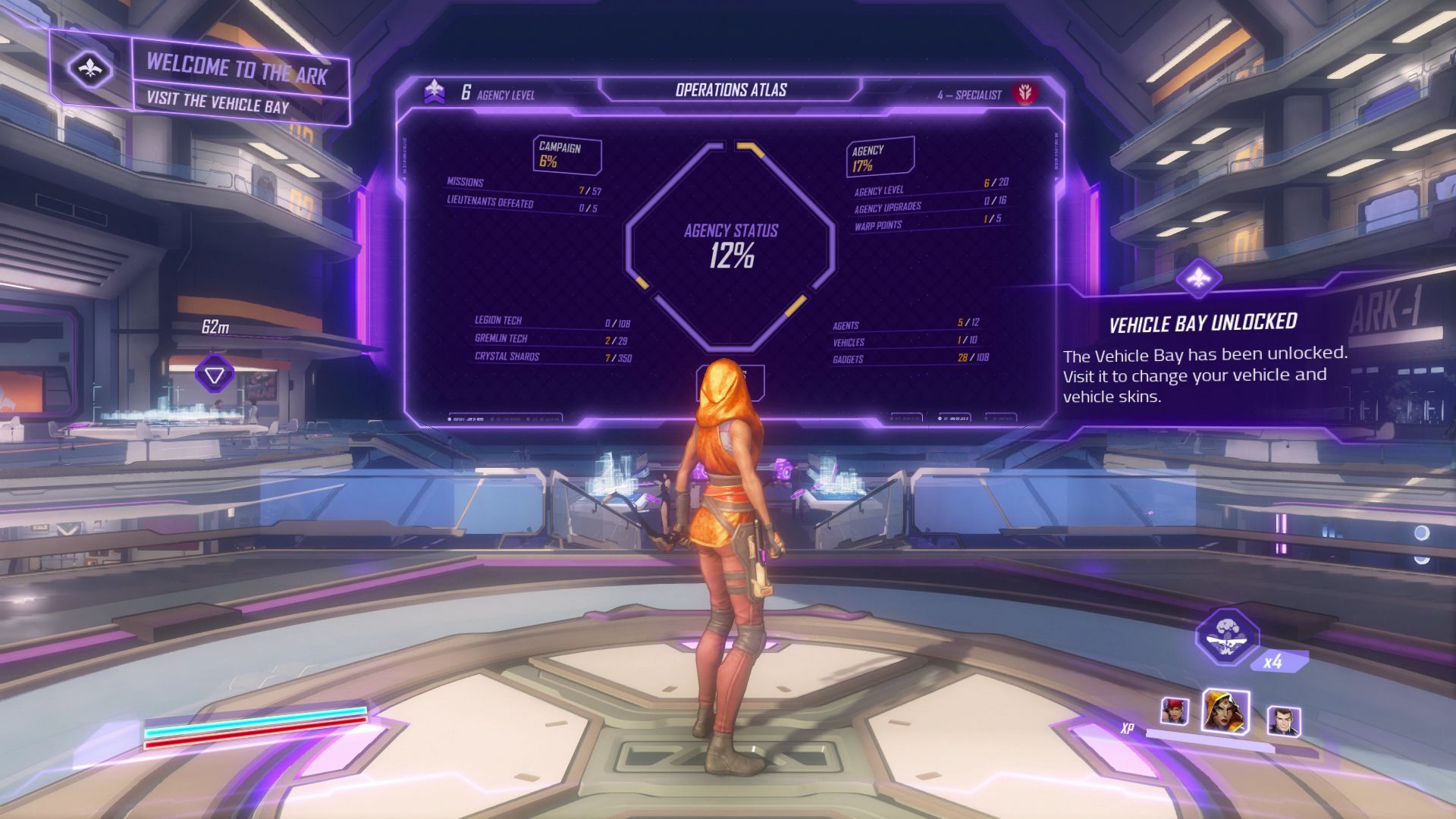 In addition to the various missions you explicitly start, there’s a lot of random tasks that you’ll be able to do while exploring the open world. You’ll be able to destroy Legion shipments by bashing them with your vehicle, take out Legion patrols, rescue hostages, race to deliver packages, and more.

Scrap, machine parts, elemental fragments, and dark matter residue can be found when defeating enemies or taking on special tasks in the open world. Those items are all used to make Gremlin and Legion Tech. Legion Tech has similar properties to the gear you equip to your agents, but they’re consumable and you’ll have to gather more items to continue using them.

You’ll find a few things scattered around the world and one thing you’ll really want to keep an eye out for is schematics for vehicles. You’ll earn some vehicles while progressing through the campaign, but other special rides you’ll have to find blueprints for and have them built.

Embargos just lifted for Agents of Mayhem reviews but our review is not quite done. We’re getting some more time in with the game and want to make sure we’re providing our readers with a review where the reviewer has experienced everything the game has to offer. We will have the review up in the near future. Agents of Mayhem is available now on PlayStation 4, Xbox One, and PC.