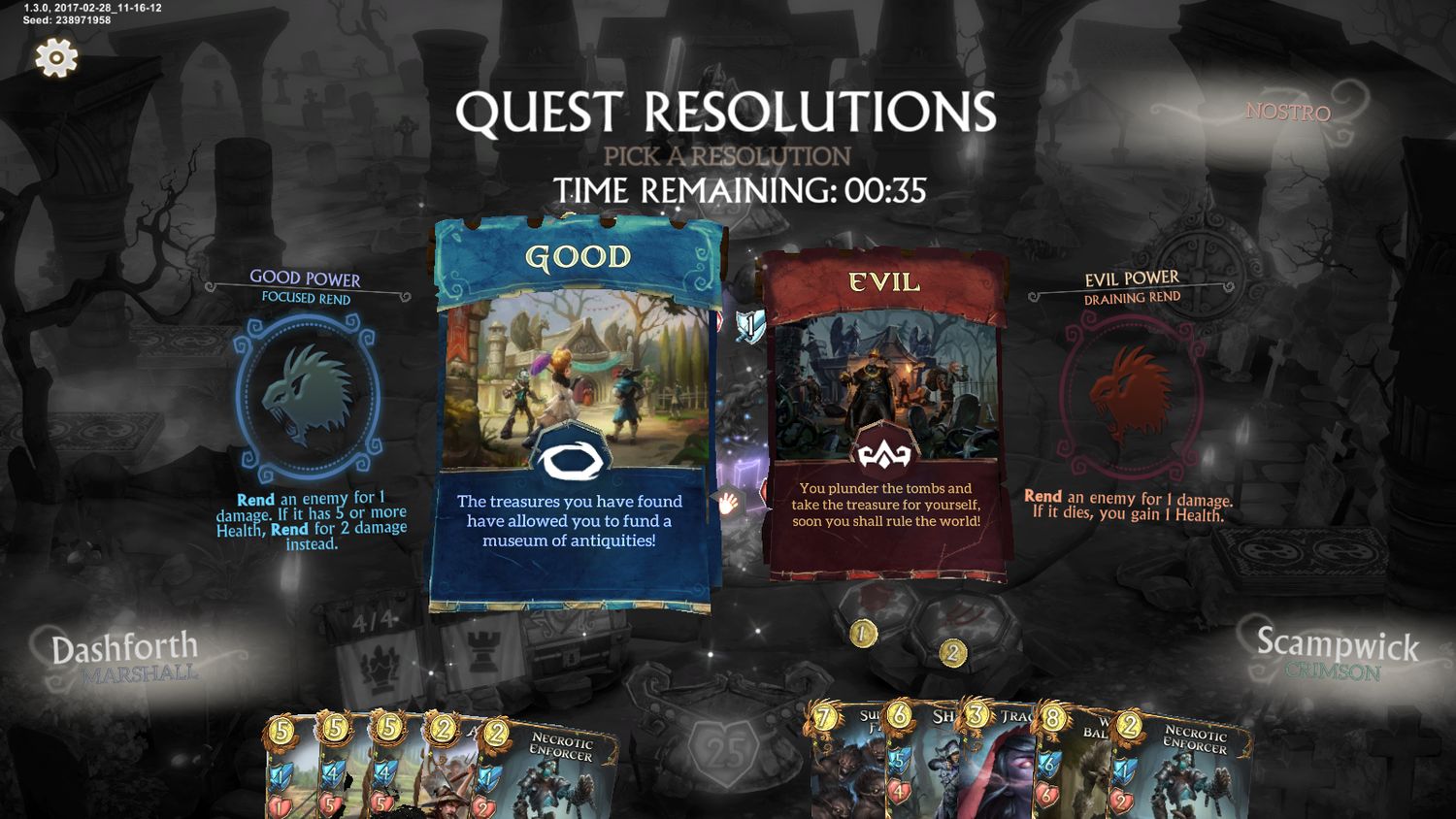 Fable is dead. Long live Fable! Lionhead Studios, the creators of the Fable series, was shut down in 2016 devs have kept the series alive with a crowd funded collectible card game. The game is set within the world of Albion where the series largely took place, includes popular characters, allows you to choose to align with good or evil to change available abilities like in the original trilogy, and it's available on Steam and Xbox One today.

Fable Fortune is part of the growing genre of collectible card games but mixes up the formula a bit with quests. At the beginning of matches you choose a quest, having to summon a certain type of unit for example, and, at their resolution, you must choose to align with good or evil. Doing so gives you access to different abilities you can use during a match and you can switch your alignment multiple times.

Similar to other card games, you chose a specific character to play with and they come with predetermined play styles, powers, and a few unique cards. The current six playable characters are Alchemist, Knight, Gravedigger, Merchant, Prophet, and Shapeshifter.

Fable, a series given birth way back in 2004, rose to infamy as a Microsoft exclusive despite Lionhead co-founder Peter Molyneux recklessly steering the hype train. The main series of games were all action-RPGs that were praised for their incredible depth as players did nearly everything they wanted with the fantasy worlds, though they never quite reached the levels promised by Molyneux.

The franchise was in the midst of a huge shift with Fable Legends last year, a free-to-play action title with asymmetrical multiplayer elements. It cost roughly $75 million to develop but was canceled along with Lionhead Studios being shuttered.

Fable Fortune was in development before the doors closed at Lionhead and was crowd funded when ex-Lionhead devs set up a Kickstarter. Development was then taken over by Flaming Fowl Studios, where the former Lionhead developers currently work, and Mediatonic. If you want to give it a shot, Fable Fortune is available on Steam and Xbox Live for $11.99. If Fable Fortune finds a way to climb to the highest tier of a genre that is getting more and more crowded, Fable could find new life in the gaming industry.