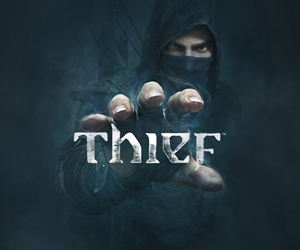 Kalypso Media announces it plans to bring Hegemony Rome: The Rise of Caesar to PC this spring from Longbow Digital Arts.

Take a short tour through the character creation system of Blackguards from Daedalic Entertainment.

SpellForce 2: Demons of the Past launch trailer

The tale of SpellForce 2 comes to an end with the release of Demons of the Past, where players must fight to save the land of Eo in a lengthy campaign.

You're going to die. Accept it, and come to terms with your cursed existence in Dark Souls II.

Rock out to the best of Oasis in a new downloadable song pack for Rocksmith 2014 Edition.

Role-playing meets turn-based strategy in The Banner Saga, an adventure mini-series about vikings with handcrafted animations.

A giant robot and huge wurm are unleashed in the next phrase of Scarlet Briar's plans, coming as Guild Wars 2's Living World arc nears its end.

Activision and Infinity Ward reveal the full developer diary for Onslaught, as those dirty dirty aliens invade the world of Call of Duty: Ghosts.

New World Interactive brings Insurgency out of its early access status for a full launch on January 22, 2014, all while planning future updates and downloadable content.

Step into the shoes of John Rambo for a carousel of scenes from First Blood, Rambo; First Blood Part II, and Rambo III on the Xbox 360, PS3, and PC.

The Auraxian War wages on into 2014 with fierce battles and continued onslaughts as Planetside 2 brings players even more to look forward to in the future.

Keep your wits about you to land a brutal takedown in the next generation fighting simulator EA Sports UFC.

Survive as long as you possibly can in the middle of the forest with Klei Entertainment and the wilderness.

Find yourself a handy dandy beachball to keep you company in the middle of nowhere, but try not to set yourself on fire, in Don't Starve.

Get Even 'What Is Real' teaser trailer

Single-player and multiplayer experiences combine forces for one dramatic storyline in the first teaser trailer for Get Even.

Double Dragon: Neon comes to the PC with a brand new online cooperative mode and other special features.

The world meets a blustery new dawn as the nuclear fire consumes civilization and Poison Ivy takes on the deadliest of super heroes.

Eugen Systems heads to East Asia during the Cold War and finally leaves behind the European battlefront in the new Wargame: Red Dragon.

Explore the depths of Alien: Isolation with The Creative Assembly and Sega as they discuss the very beginnings of development.