Microsoft Flight Simulator is a game I love that I just didn't have enough time to play. Maybe time isn't the right word. I didn't have the gear I wanted to get to a level of immersion that I expect. I also wasn't willing to buy that gear or deal with more cables, but that's a story for another Cortex post. This post is about a couple of my favorite screenshots from my brief time with Microsoft Flight Simulator. 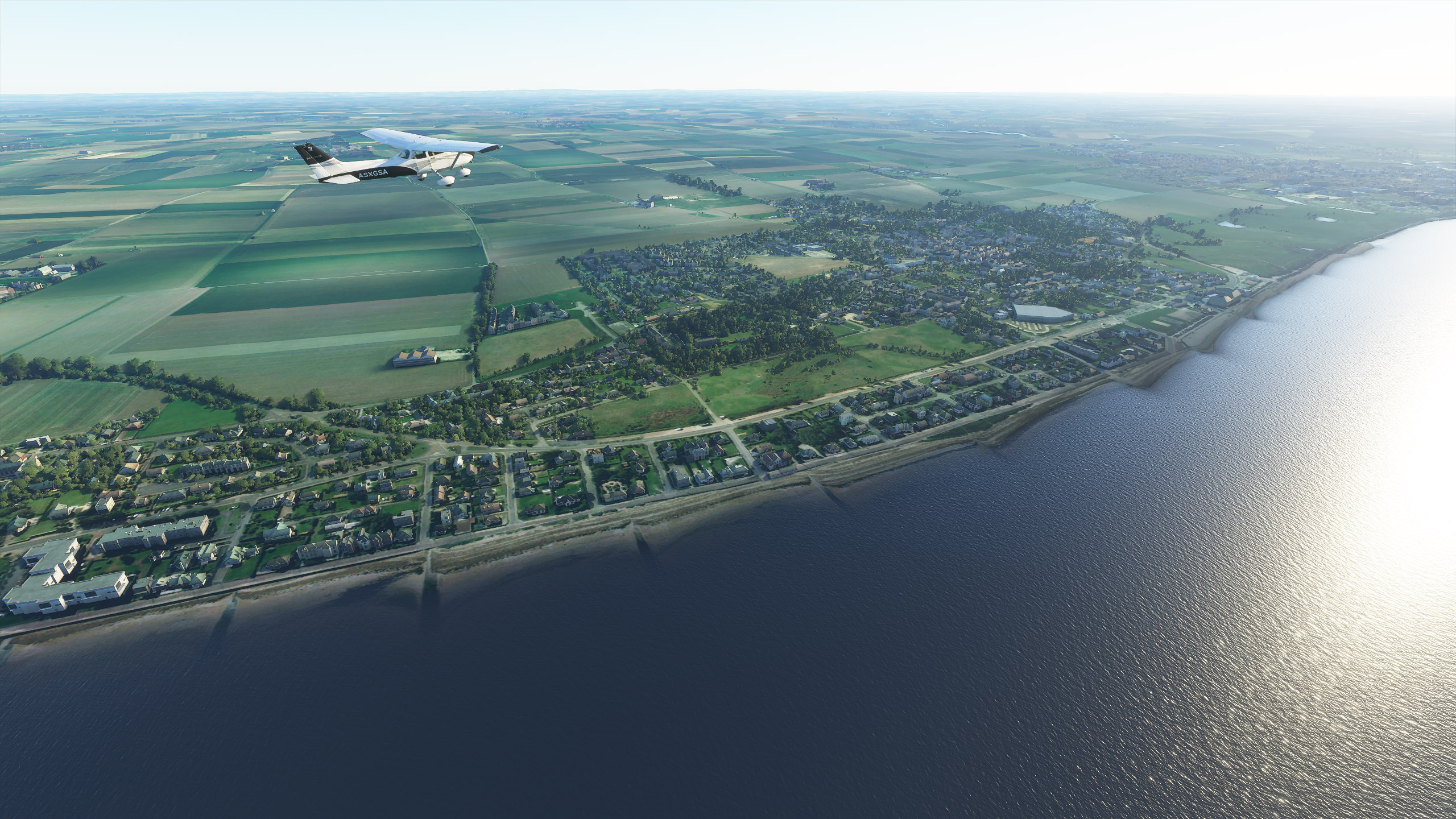 June Beach is somewhere I've wanted to visit my entire life. It's where Canadian forces landed on D-Day. The fact that I can fly there, even if just virtually, brought a sense of connection with a big part of my country's history. 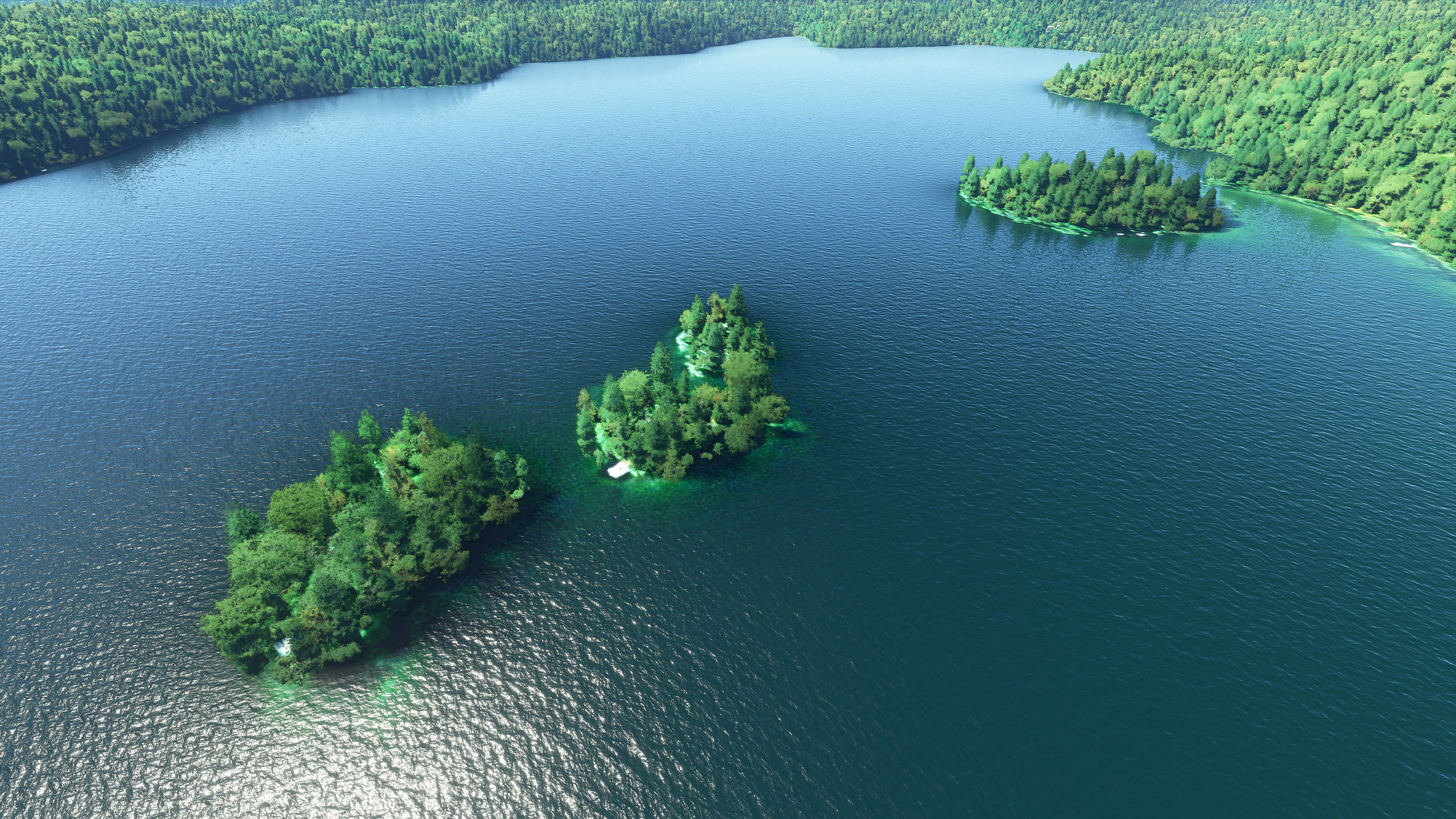 When I was young, my family (step family) owned a very small island with a cottage on it. It was near the town we lived in and we spent huge amounts of time there in the summer. We had family fishing tournaments and slept under the stars on old bus seats. One of the first places I visited was L'Amable Lake. I got a bit emotional, as this was as close as I'd been to this place in more than 20 years. 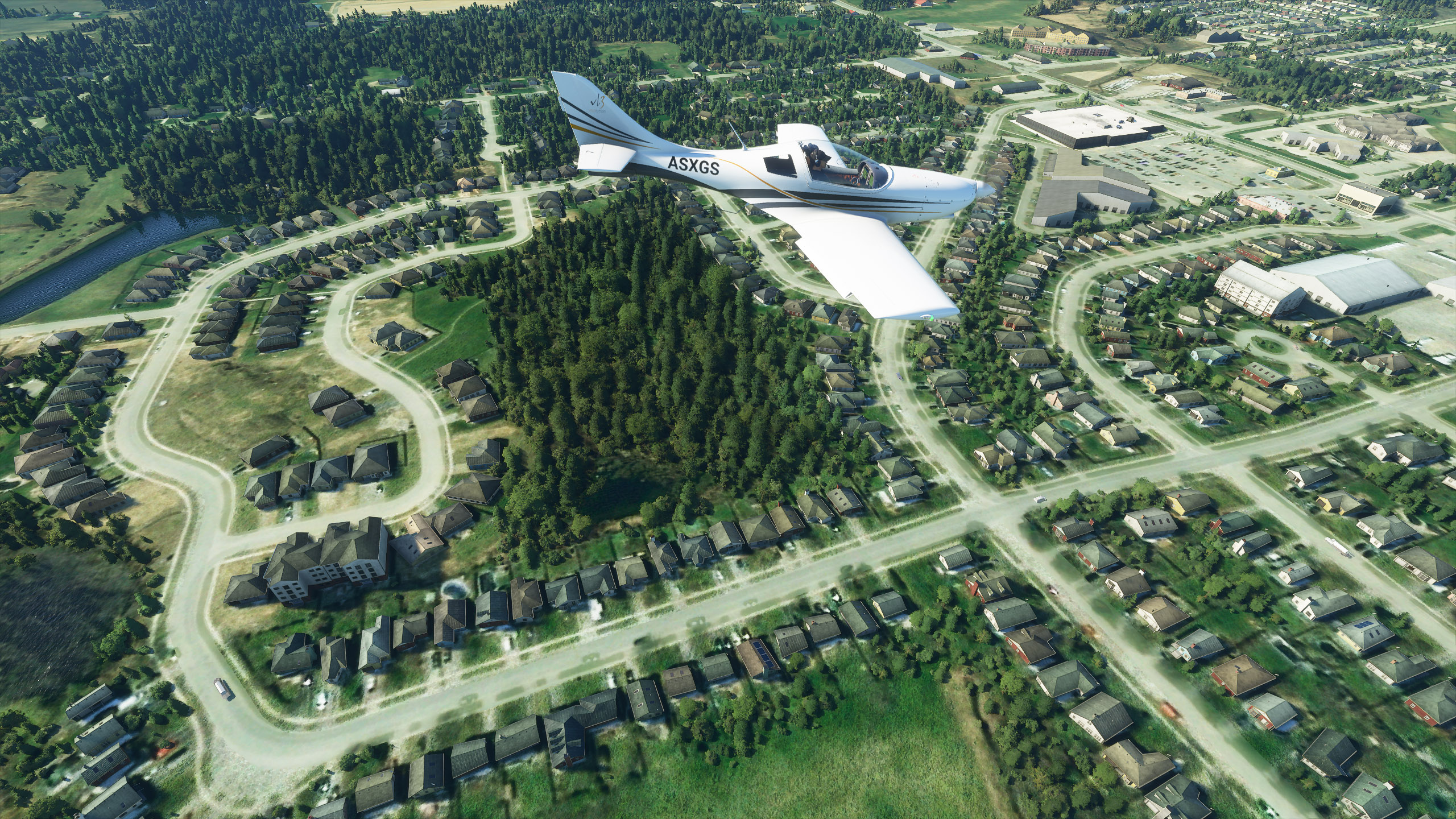 My buddy Shaun moved away from the city we shared several years ago, so it was thrilling to be able to fly by his house in Microsoft Flight Simulator and send him the screenshot. I did this for a few friends and family members, but Shaun's was the one I kept. It may be a video game (simulator), but being able to "go" to places in the pandemic made a difference for me.

I really do need to get back into Microsoft Flight Simulator. It's one of the more impressive games to come out in 2020 and I'm not at all satisfied with the time I put into it. Maybe this is the push that will get me to go flying again (probably not).