Straight up—if you are not down with Dean and Gene Ween, you are cool to me. With that out of the way, I draw attention to the album in my collection with the most underboob. Chocolate and Cheese features a collection of Ween tunes that are practically impossible to label as one one genre of music. From Italian-Western revenge music to tape-machine driven jaunts about horses with fucked up lungs, this album has EVERYTHING. All of it is mega-stupid, yet beautiful. Imagine a late-era Beatles album, except way more weird 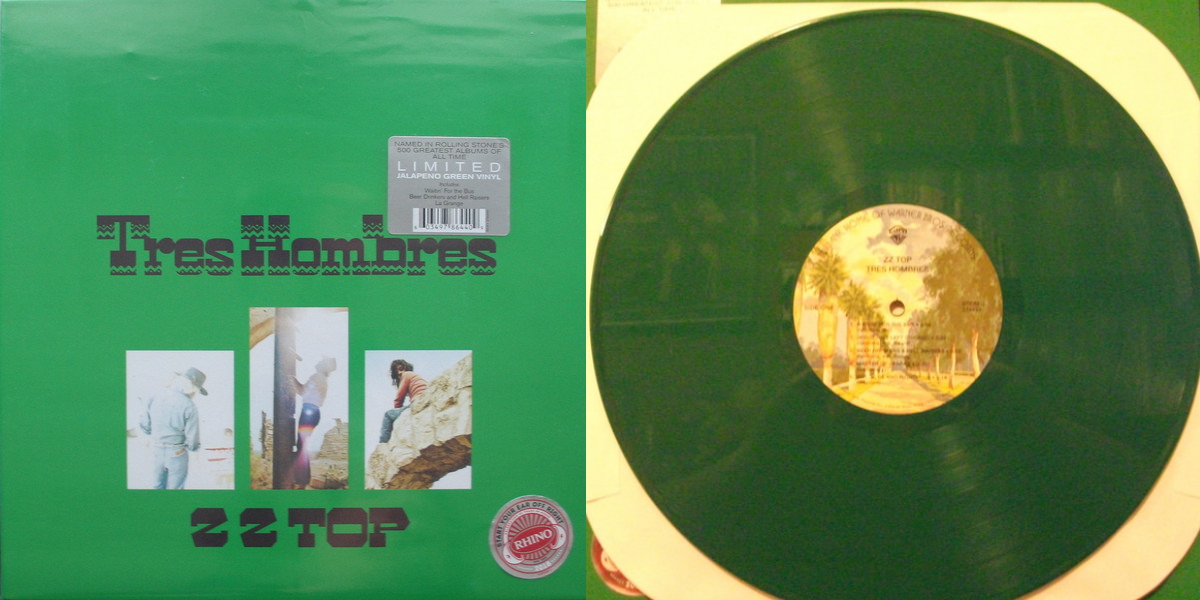 This one is a blues rock classic that belongs in every collection. Most folks know the tune La Grange from years of classic rock radio and all the commercials and movies it has been featured in. Those willing to dive all the way into the album will find a lot to like here. While the A-side will be friendly to any blues aficionado, the B-side gets real dirty and has some of the heaviest songs in the ZZ Top catalog. Tres Hombres also holds the distinction of having the world’s dopest gatefold jacket art, which features a full spread of 1973-vintage tex mex food.

In Search Of… is a stoner/skate classic. California-based Fu Manchu were kings of the southern california skate punk scene and would gain a good bit of fame when the track Urethane from their next album would get featured in Tony Hawk’s Pro Skater. Before that time, In Search Of… filled the air with heavy riffs and tales of intergalactic hot rod van trips. If you are cool enough to have a wizard airbrushed on your van, you probably already have this record. 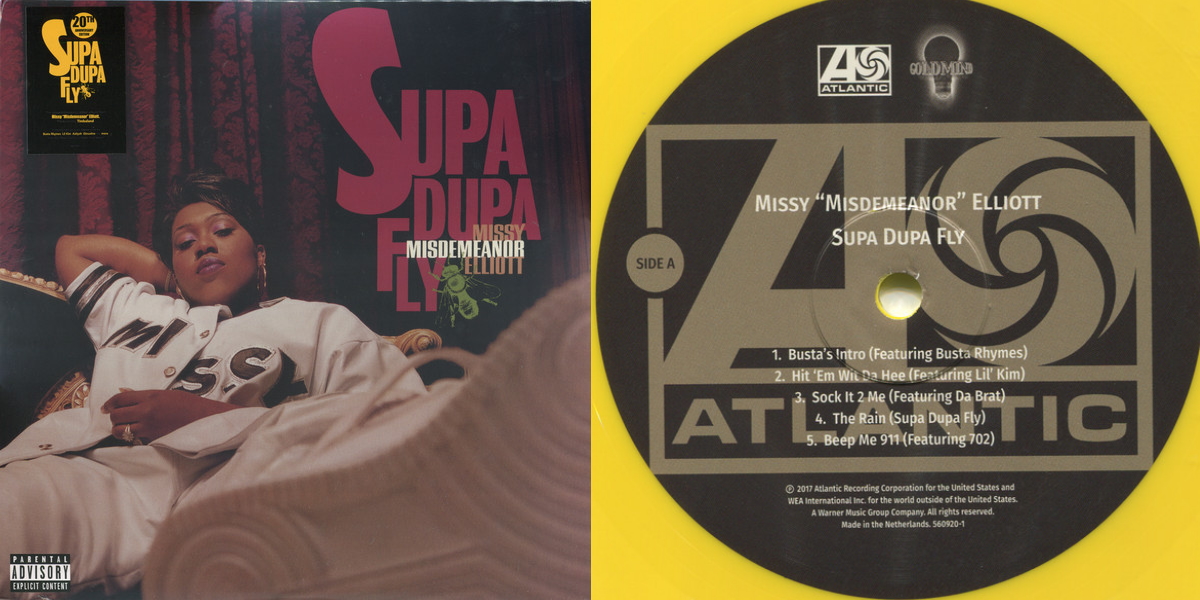 I don’t have lots of hip hop in my collection, but I’m always willing to make room for the choicest cuts. Missy Elliot’s mid-90s breakthrough Supa Dupa Fly is one such banger. Loaded down with beats from Timbaland in his prime, this record is worth a spin just for the music, but Missy also does her best work (IMO) here. This edition was limited and came on yellow wax, though a black version was available at the time. Both editions are now out of print, which is a shame because this one should be in print at good prices for all.

Primus - Sailing the Seas of Cheese 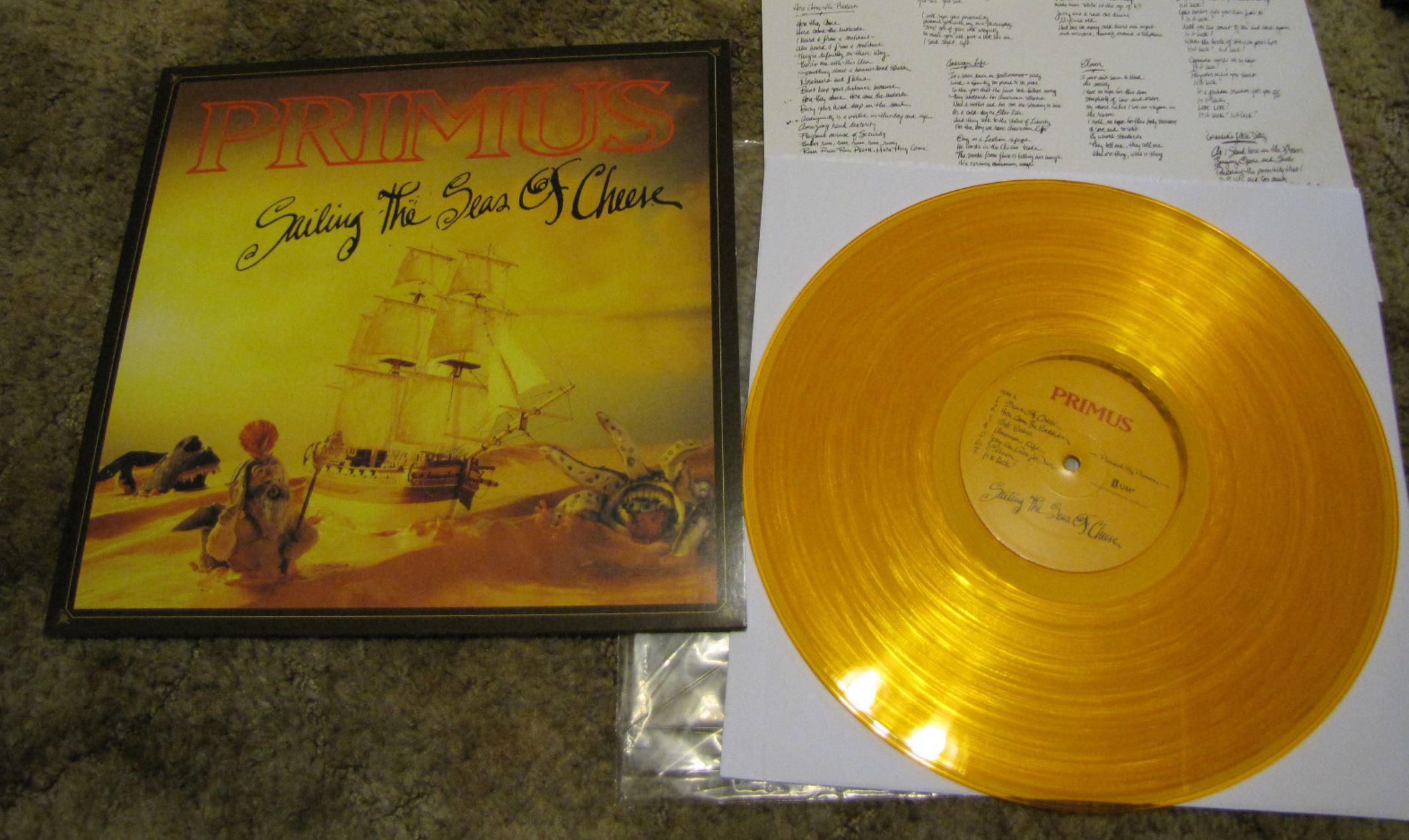 More 90’s rock from one of the coolest bands to ever exist. This particular edition of Sailing the Seas of Cheese was put out in 2013 and marketed as mystery vinyl. All copies had a chance to include a cheese wax variant of the album but you didn’t know until you opened the jacket. I picked this one up at a semi-local store years ago and squeaked for joy when I found out my copy was one of the limited few with cheese. The bass on this thing just murders the original CD and it is mandatory for all Primus fans.