Formed as a side gig by some members of Monster Magnet, The Atomic Bitchwax put out their first release back in 1999 and it became one of the most revered albums in stoner rock history. Almost entirely centered around groovy riffs, the album is a wonderland of guitar sounds for fans of the genre and will spice up any road trip. I had this on CD for more than 15 years, but was never able to run down an original vinyl pressing. Much to my delight, the folks at TeePee records saw fit to reissue the record on its 20th anniversary and I now have a copy that didn’t require me to go into debt. Bonus: There are titties on the cover. 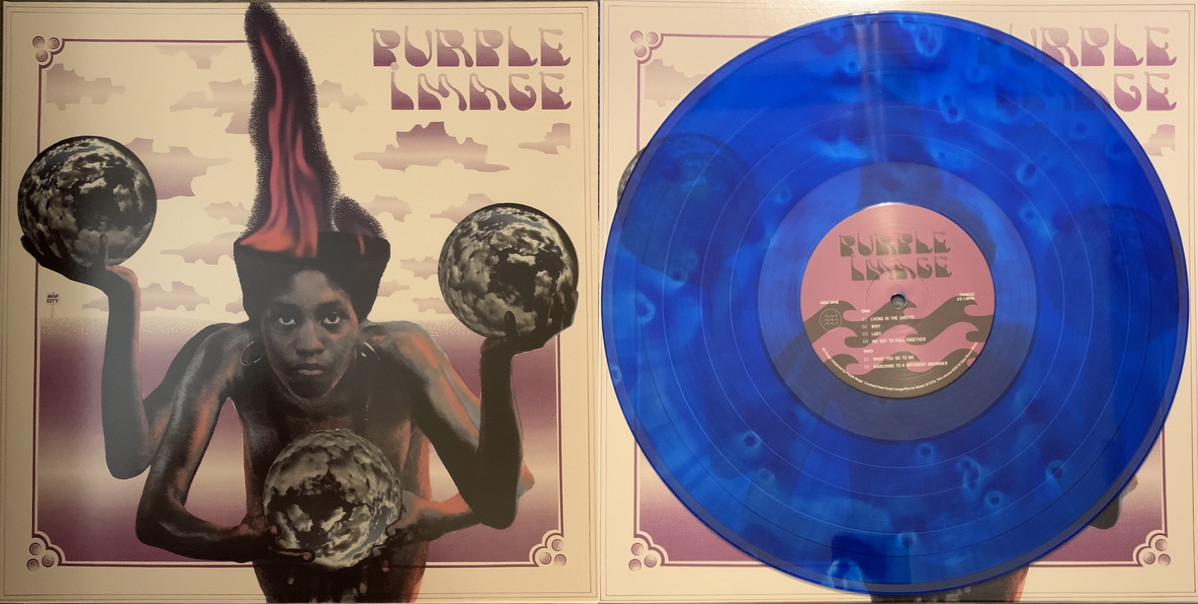 This is a recording that is not super well-known outside of psych circles or people who did drugs and listened to super-fucking-cool bands in Cleveland circa 1969. Purple Image was an eight-piece outfit that delivered hard funk/psych/fusion and reportedly opened for juggernauts like Steppenwolf and Aretha Franklin when they toured Ohio. They only managed to release one LP and it went on to become insanely expensive in the secondhand market do to its rarity and on account of how fucking dope it is. Recently, a special edition reissue campaign was launched and the producers were able to produce a new version from the original tapes and secure photos from the family of founding member Warren Adams. This particular pressing is limited to 150 copies and is exclusive to the retailer BullMoose. I cannot recommend this one enough to 70s funk/psych fans.

Roky Erickson And The Aliens ‎– The Evil One 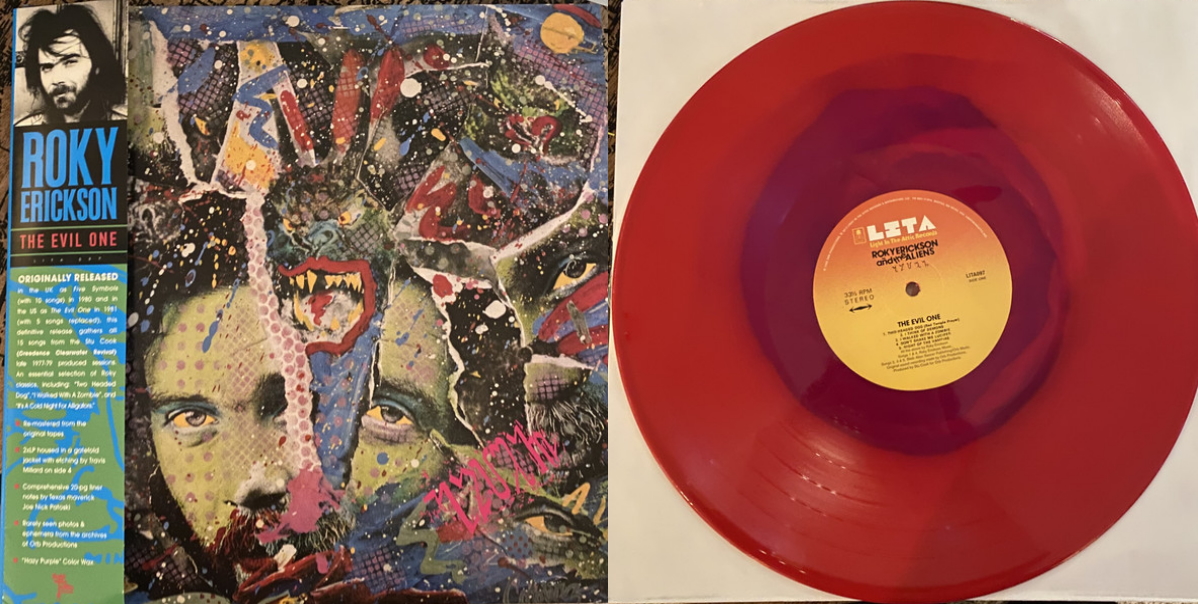 I love this record. I really love this record — so much so that this is the second copy I’ve secured (I also have the original 2013 special edition issue). The Evil One is full of songs about vampires, werewolves, and other spooky fare. It is the best possible record you could play for Halloween but rocks enough ass to work any other time of the year. Roky Erickson rose to fame fronting the 13th Floor Elevators, but later split in the 70s. He assembled a new band and recording sessions overseen by Creedence Clearwater Revival’s Stu Cook led to three different releases. The content from those releases was assembled into one complete collection in 2013. This double LP set sounds fantastic and the packaging/art/etc are top-shelf. I’m likely to acquire more of these if new issues/colors show up in the future.

Cactus ‎– One Way...Or Another

2017 2xLP issue on black wax via Music on Vinyl 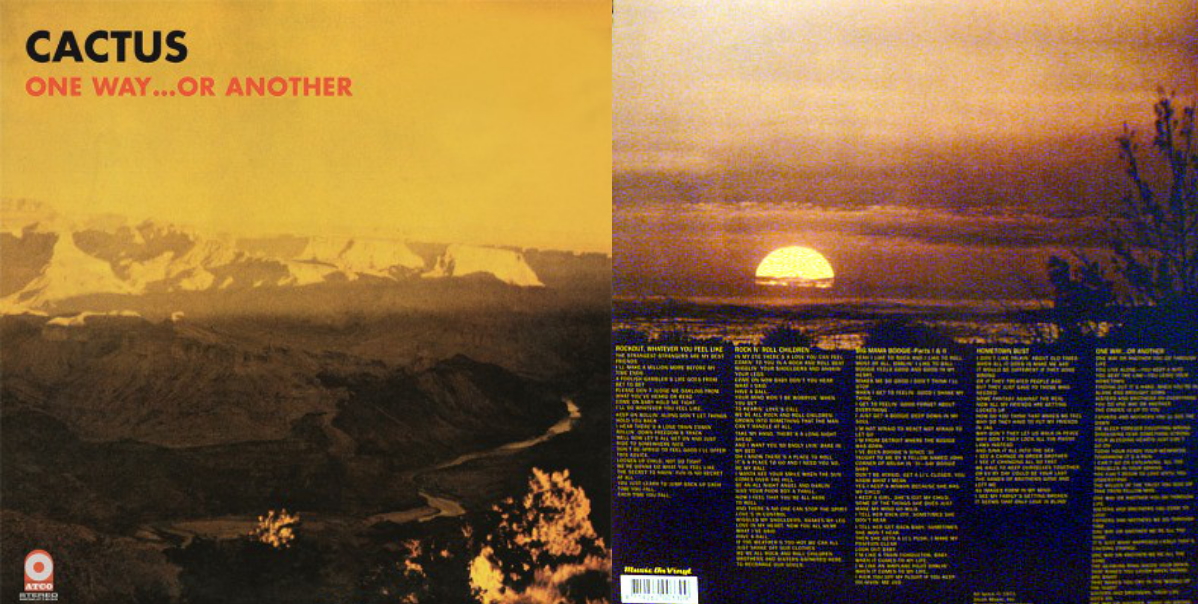 This LP from Cactus is the first thing I’d recommend to someone looking to go off the beaten path with vinyl collecting that really likes Led Zeppelin. This American supergroup is composed of members from Vanilla Fudge, Mitch Ryder and the Detroit Wheels, and the Amboy Dukes. They produced some of the finest blues-heavy hard rock of their era and are undeservedly left out of conversations about the best rock groups from that time period. One Way...Or Another was their second LP and is my favorite of their output. The title track in particular is a certified banger of the highest-order. I’ve had an original copy of this for a long time now, but was happy to learn of this recent reissue from Music on Vinyl. Unlike my original, this new release comes with an unblemished reproduction of the original jacket and poster. 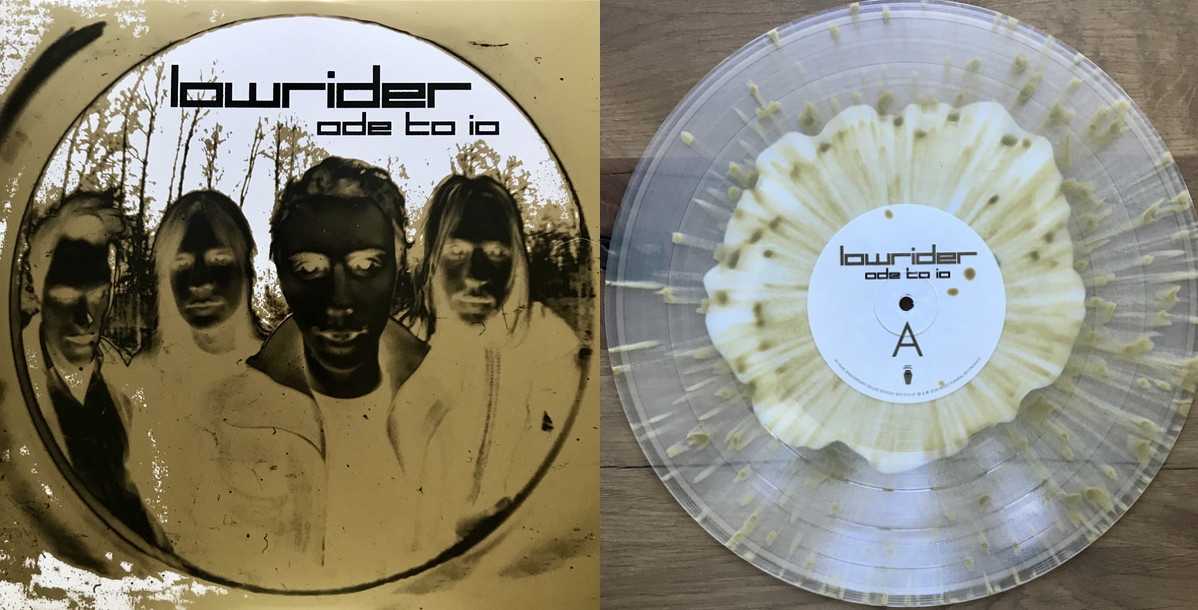 At the end of last week’s post, I mentioned that I picked up the newest LP from Lowrider. As luck would have it, this reissue of their original album arrived a bit later than the new one, despite them being part of the same order. It’s all good now, though, as I have both in hand. Ode To Lo was never issued on vinyl when it was new, so it got the royal treatment when the band reunited twenty years later for their new album Refractions. For this I am a happy boy. This LP is heavy, groovy, and everything else you’d want as a fan of euro-stoner-buttrock. I can’t wait till the devil’s lettuce is legalized in my state so I can have the privilege of rolling one up on Ode To Lo’s jacket.