Ever since I began playing games in 1440p I've upped my screenshot game. Rather than have them sit forever on an HDD I thought sharing them here would be cool, even if it's only cool for me. Today, I'll share five of my favorites from The Long Dark and perhaps a story or two about the shot itself. 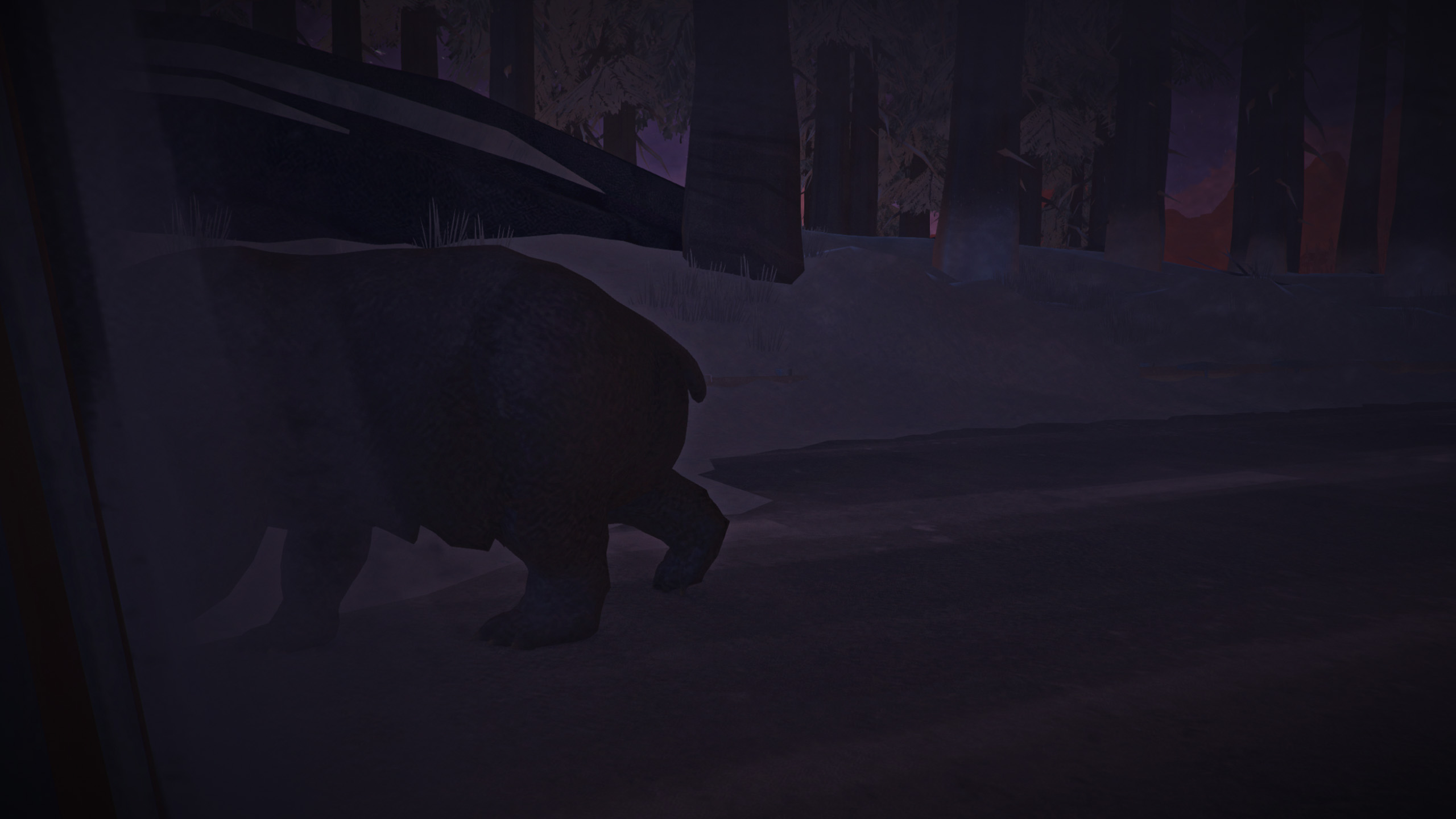 I don't remember this encounter specifically because I've been in several like it in the past. Basically, this turns into a game of cat and mouse, where I jump out of the car and shoot the bear, then jump back in before it can reach me and maul me. I've slept in many cars in The Long Dark over the years, and you're never totally sure you're going to wake up in the morning. 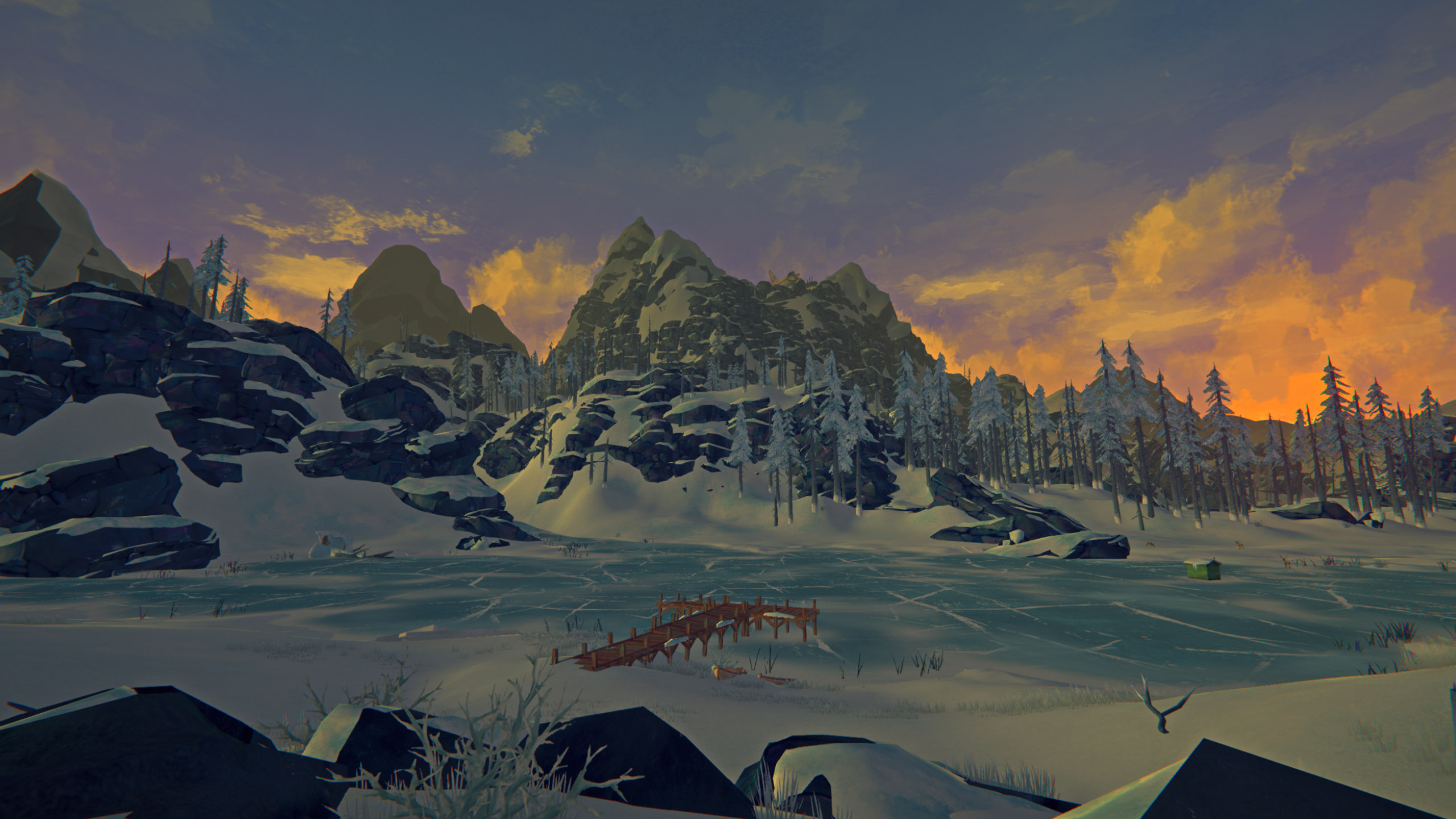 If you look at the top of the mountain you'll see a crashed plane. That's the Summit, and it takes me about two days to get to the top. I'm pretty good at navigating the cave systems of the region now, and planning each leg of the trip to best manage my energy for the rope-climbing portions. What's crazy is you can get from the Summit to where I'm standing in about 30 minutes in-game by hopping down the side of the mountain. Two days up, 30 minutes down. 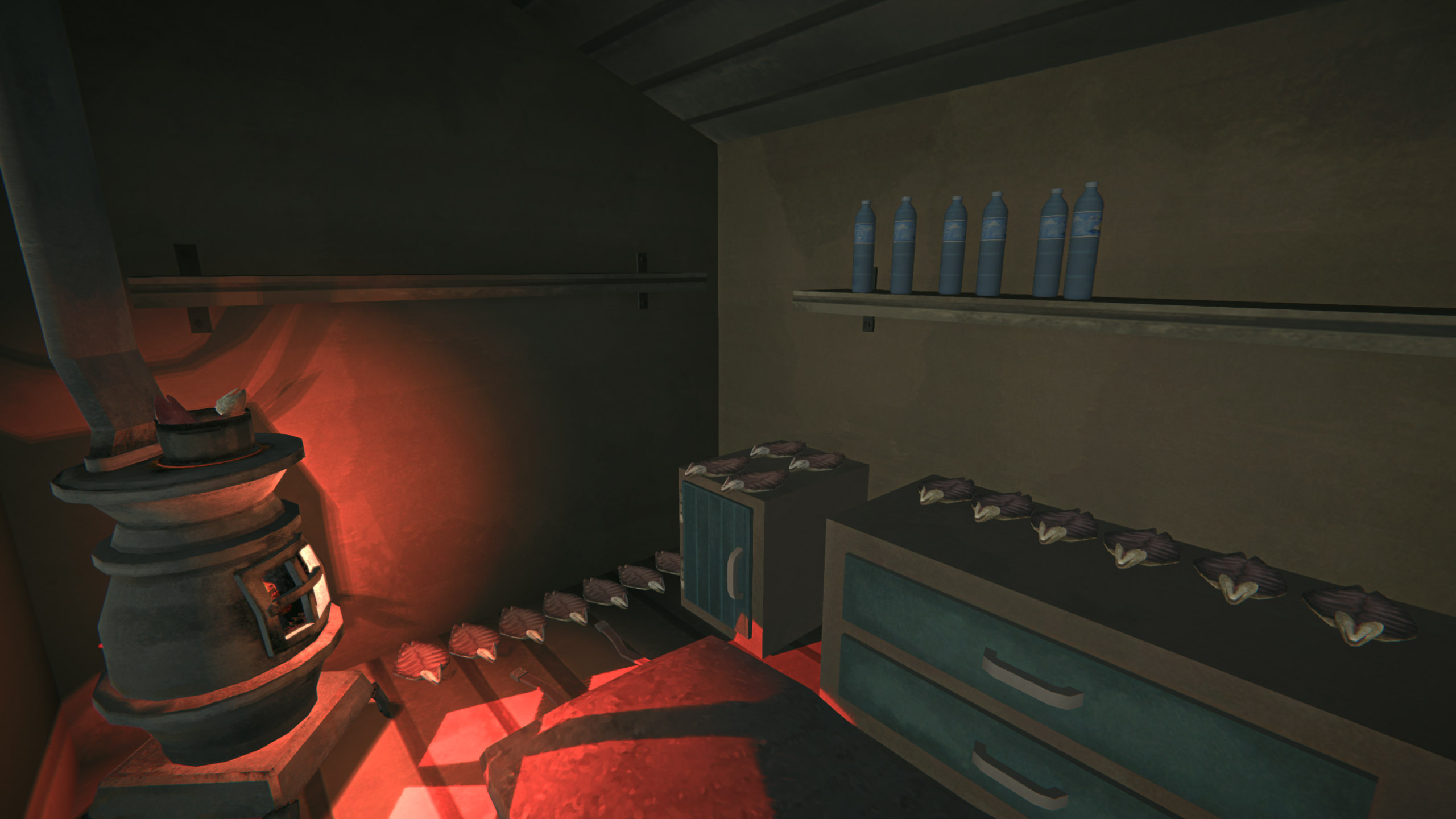 There was a reason I spent 18 days in a fishing hut on Mystery Lake. I think it was to level my fishing skill up, but I can't recall now. I just remember that I was there for more than half a month, fishing, boiling water, cooking fish, and gathering wood. I was probably able to play 18 days in under an hour given how much time I was able to pass doing these activities. 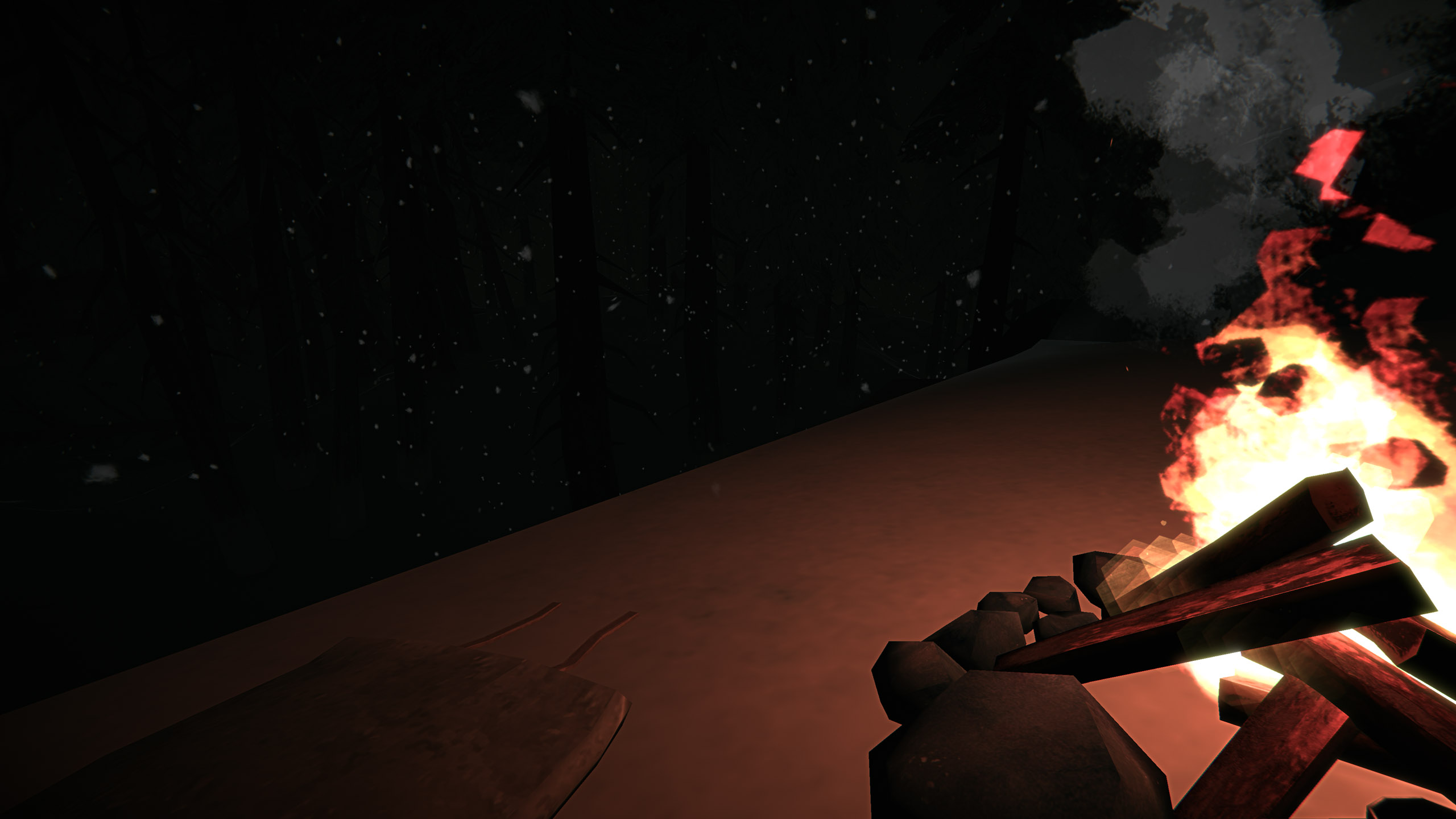 I know my way around The Long Dark very well, so it's not often I'm forced to sleep outside in a situation that's less than ideal, but Hushed River Valley is a beast like no other. I don't remember what led me to get stuck here, but I do remember the anxiety of wedging myself on the lip of a cliff where I was relatively sure no predators could reach me, then lighting a fire I hoped would last all night and wouldn't be blown out by the wind. 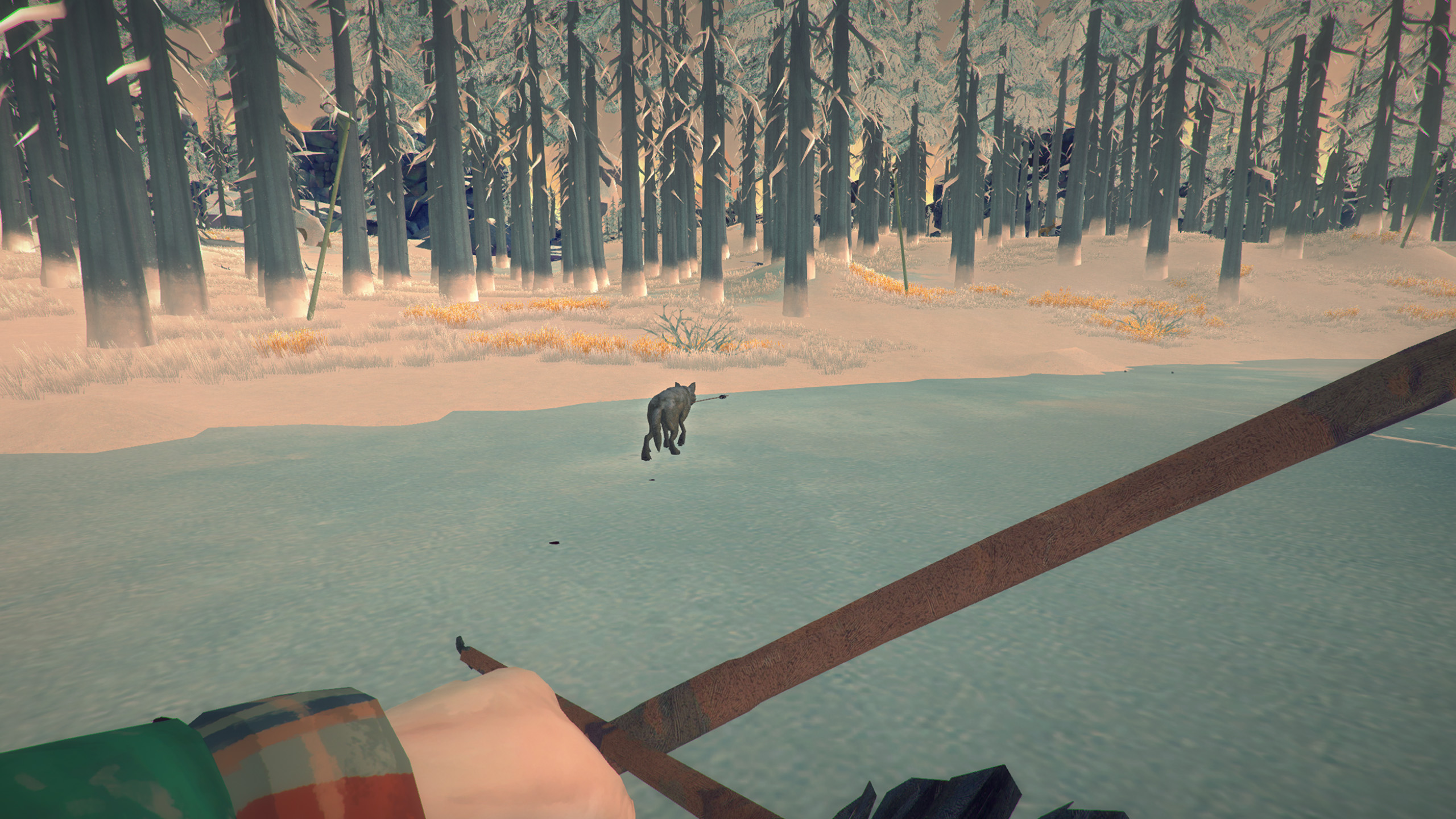 My rule in The Long Dark is "One shot, one kill." Resources are limited and most don't respawn, so you can absolutely run out of arrows and many other things. A single arrow will take down a bear (once it bleeds out if you don't crit it), and that's 30 kilograms of meat. Enough for me to live for a month if I need to stretch it. The way I look at it, every missed shot could be a month less of survival because I can't kill my food.

In this screenshot, I've shot a wolf with my arrow and watched it as it first ran wildly, then slowed to barely a walk as it neared the end. Yeah, I could have put another arrow in it and that would be that, but that arrow (or the condition lost on it from firing it) could feed me for a month. I just followed it until it died. There was no more fight in it at this point.