Today could be a sad day for fans of Mortal Kombat.

Shacknews has confirmed that around 12:00pm on January 18th, the verified twitter account of the Lin Kuei ninja "Sub-Zero" posted a series of offensive tweets. Midway Interactive and close associates of the Kombatant have declined to comment. The account was suspended later that afternoon at 3:30pm. 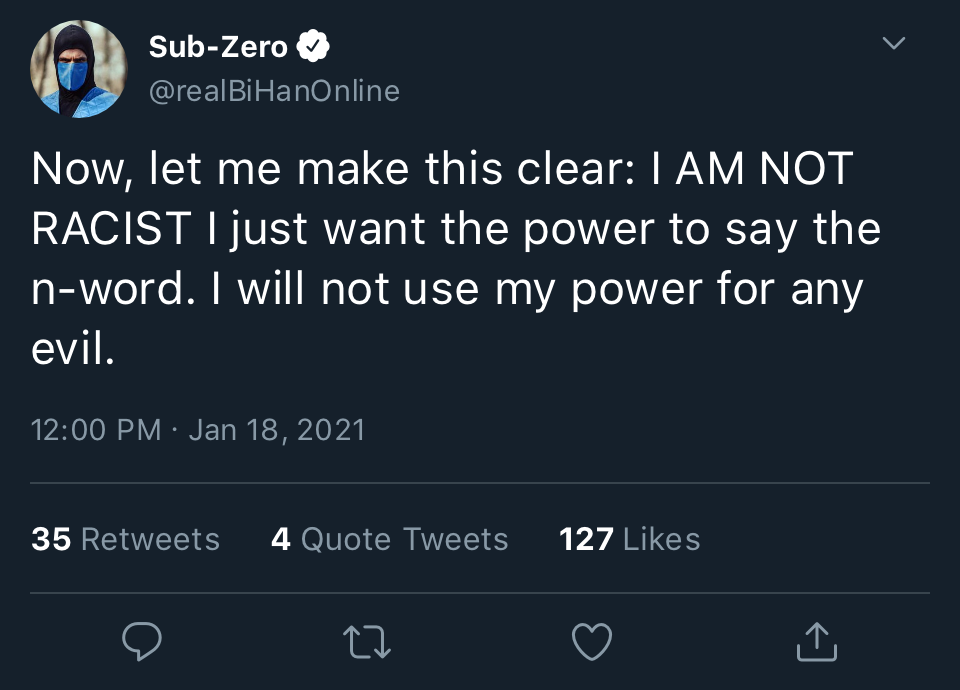 The offensive tweet follows the recent announcement of the first Mortal Kombat film in over 20 years, set to release later this year on HBO Max, and then Plex servers worldwide. Shareholders are probably worried this could hurt the Mortal Kombat stock, which currently sits at twenty dollars per share on the S&P 500.

Other tweets recovered by investigators included the following, all of which spurred hordes of twitter users to call for the account to be deleted. Those vocal against the Kombatant's remarks include actors such as Will Smith (I am Legend, Independence Day), Cindy Crawford (who was in magazines in the 1990s), Jordan B Peterson (Black Tiger, Creed) and Mark Hamill, who played the leading role of Luke Skywalker in the Star Wars Trilogy and its' 2 sequels. 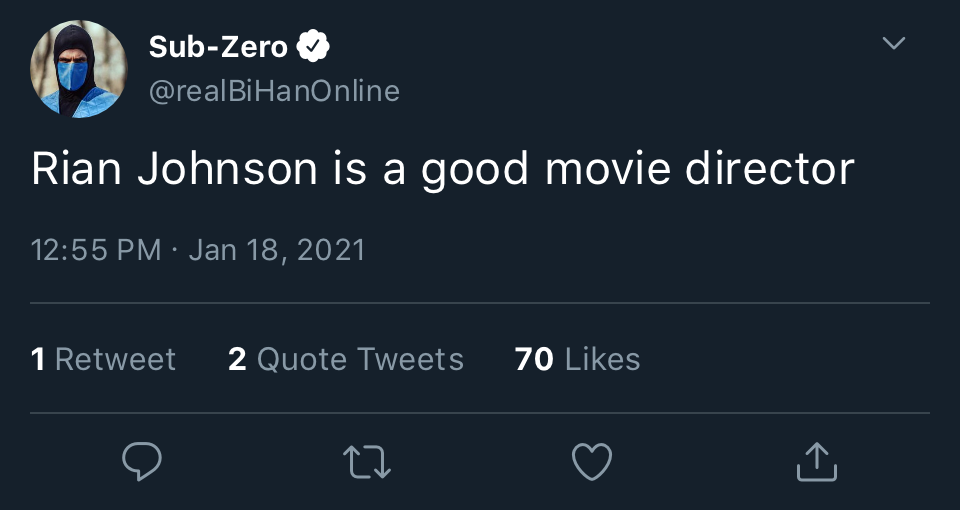 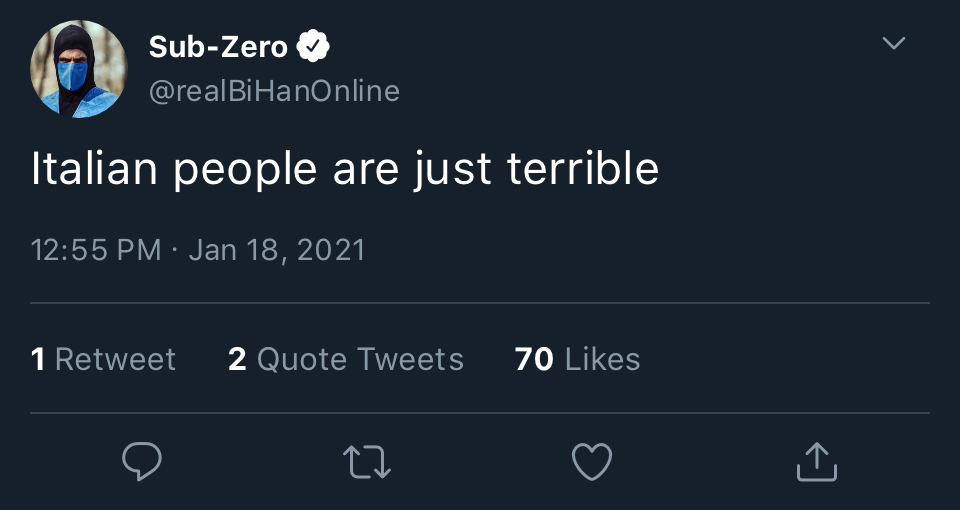 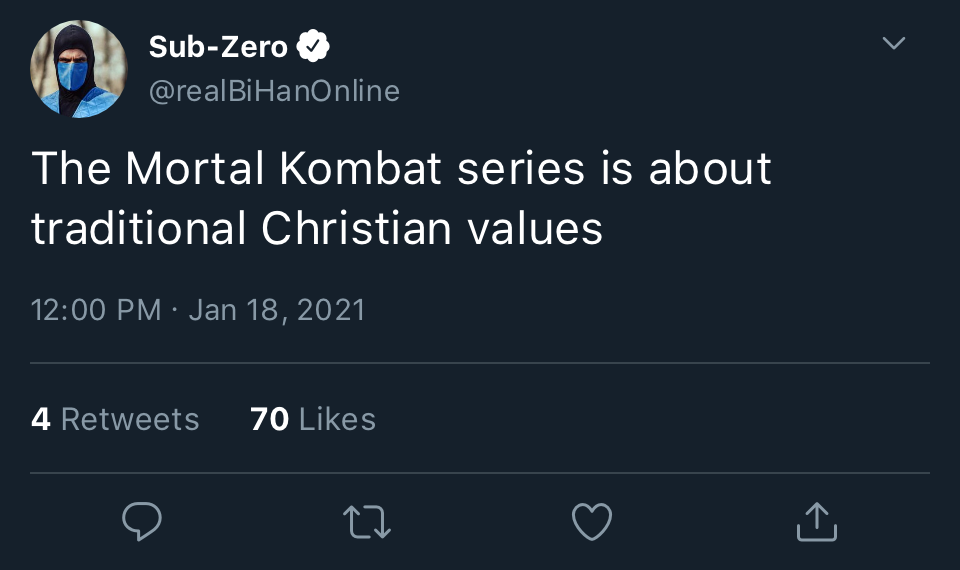 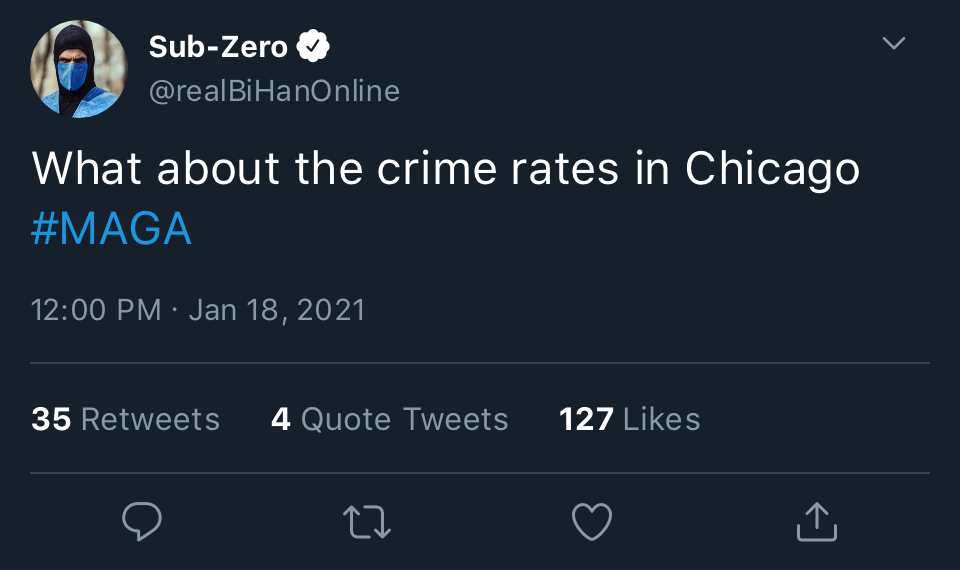 The final tweet follows the violent raid on the capitol which left several people dead and hundreds of dollars in property damage to the government building. Many of those attending the capitol raid were, like Sub-Zero self-identified as both Christian and MAGA supporters, but none were confirmed to be actual trained ninja's, despite photographic evidence of said MAGA supporters rappelling up the side of the wall, with acrobatic ease, like ninja's, in order to trespass onto government property.