The news keeps breaking today, and our Shantynews staff is doing our best to bring attention to some storylines that are slipping under the radar of the loser Shacknews editors. We did some digging and found that EA changed their Facebook relationship status this morning. It seems that the newly-announced Ubisoft open world Star Wars game was the final straw. Our intreprid reporters are also saying that Disney was seen at a fancy restaurant with Ubisoft after telling EA that it was staying home for the night. 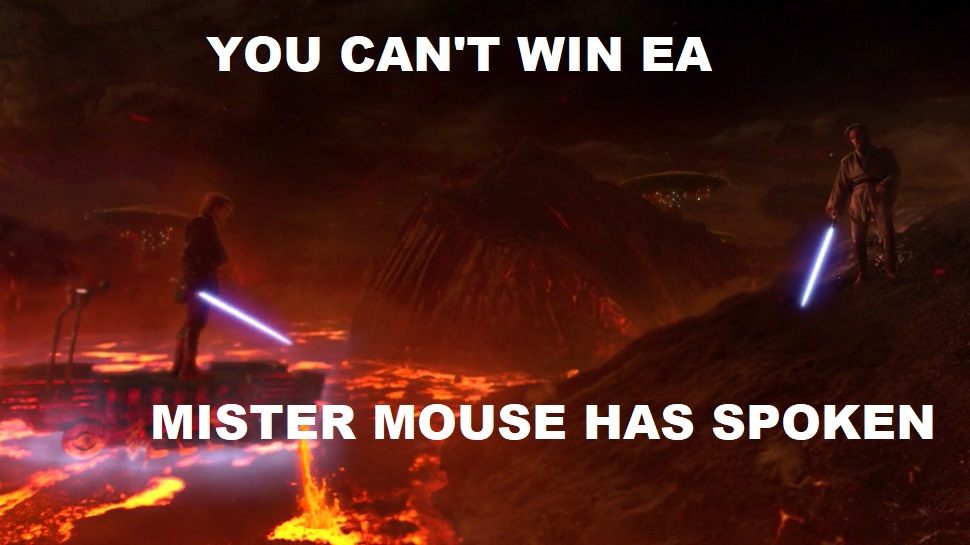 It appears that Disney just isn't into EA anymore. And they told them as much on a very sad Zoom call this morning. "It's not us, it's you," said Mickey Mouse as he let Electronic Arts down like a sad boyfriend. 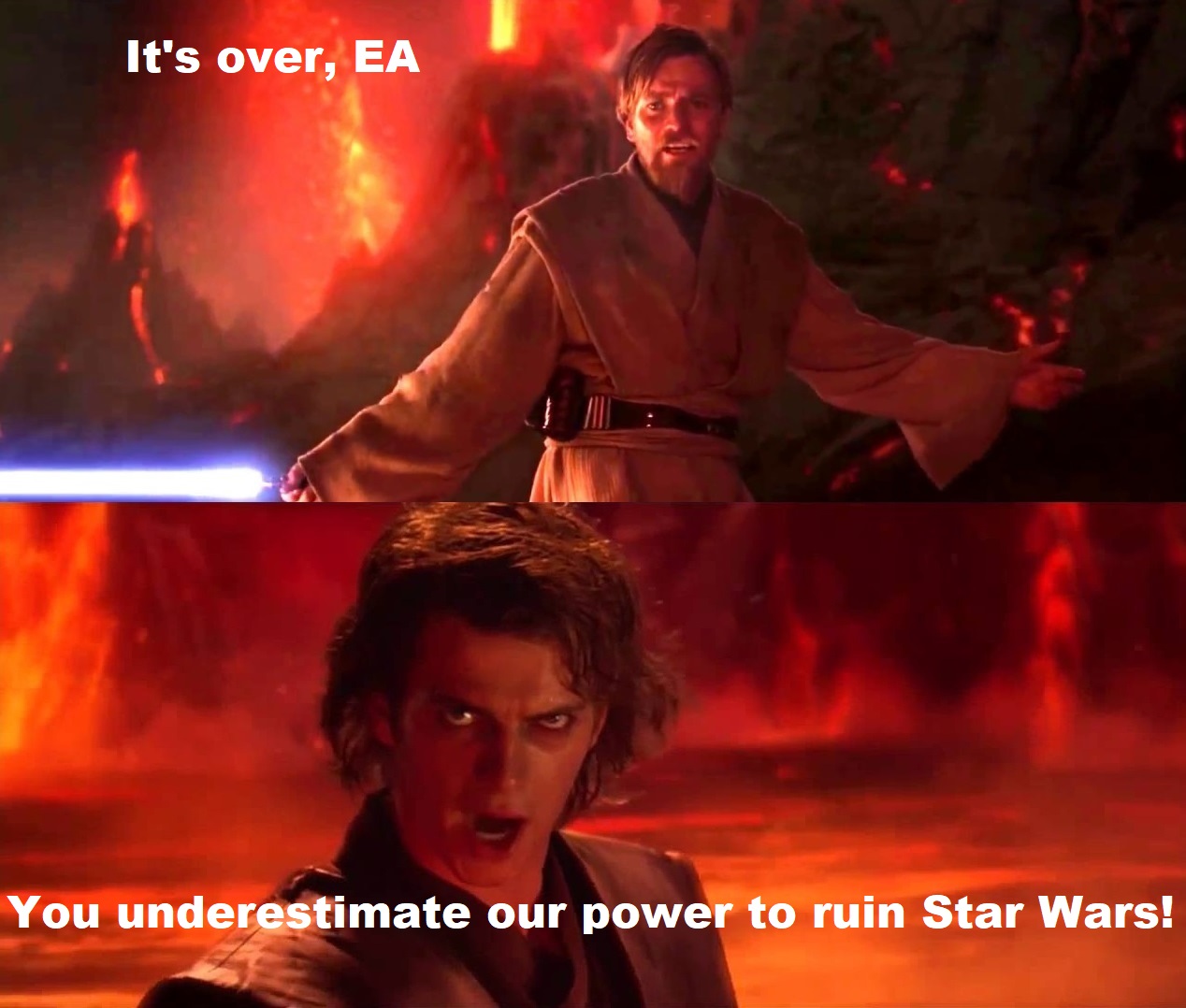 We reached out to EA for comment and they actually got back to us!

"Look, when we got into bed with Star Wars it was with the understanding that we could nickel and dime gamers for 38 different flavors of Light Sabers, but once people got their loot boxes all in a bunch, it was clear that we would be limited to overcharging players for Star Wars games on the initial purchase, and that's just not the EA way."

If only Electronic Arts could have put the same time and effort into their Star Wars games as they do into overpriced Madden Ultimate Team cards or DJ Khaled modes that no one asked for. It remains to be seen if this is their Palpatine moment or if they will just go the way of Jar Jar and fade away like a force ghost.