This article is about the building and painting of miniatures, specifically for the Warhammer Age of Sigmar tabletop wargame.

I've recently decided to start a new army for Age of Sigmar (Having built a 2000 point Skaven army over the last few years). I've gone for Cities of Sigmar, specifically the Living City and the Wood Elves of old.

This post is going to show some progress pictures of my first completed unit, the Sisters of the Thorn, at various stages of completion.

After I'd assembled the models, I decided that I would need to paint the rider and mount separately so I wanted to avoid gluing them together. I also wanted them to be removable for storage and transport, so I decided to magnetise them.

This was the first time I'd ever magnetised a miniature, so I bought a small drill and some magnets and got to work. 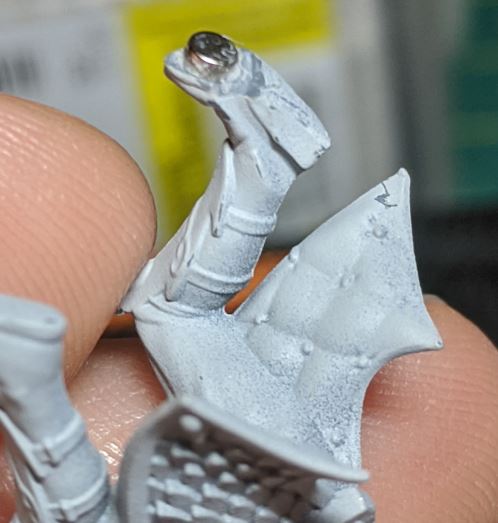 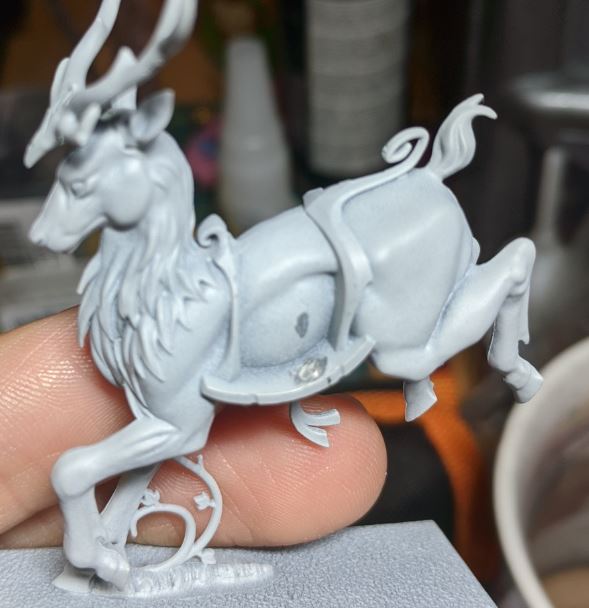 This allowed the rider to snap into a normal position in the saddle and hold firm enough for use on the tabletop. As the side view below shows, there wasn't much material to work with on the foot, but I got it sitting almost flush. 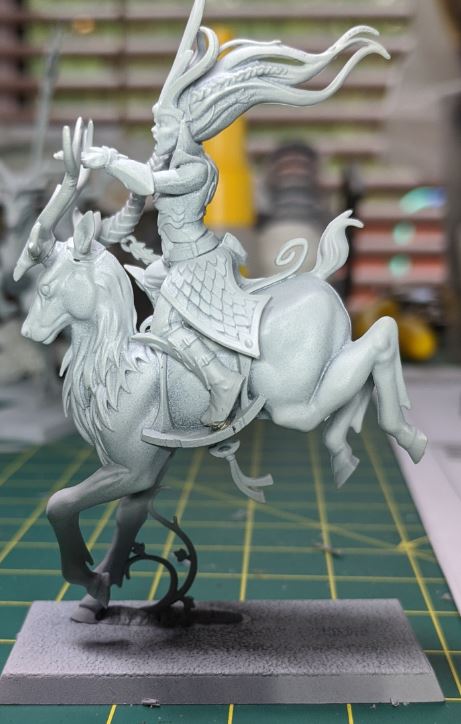 There are five models in the unit, so I repeated this process for each one. For some I had to drill the hole into the mount's flank and the side of the boot, because there just wasn't enough room in the base of the foot. 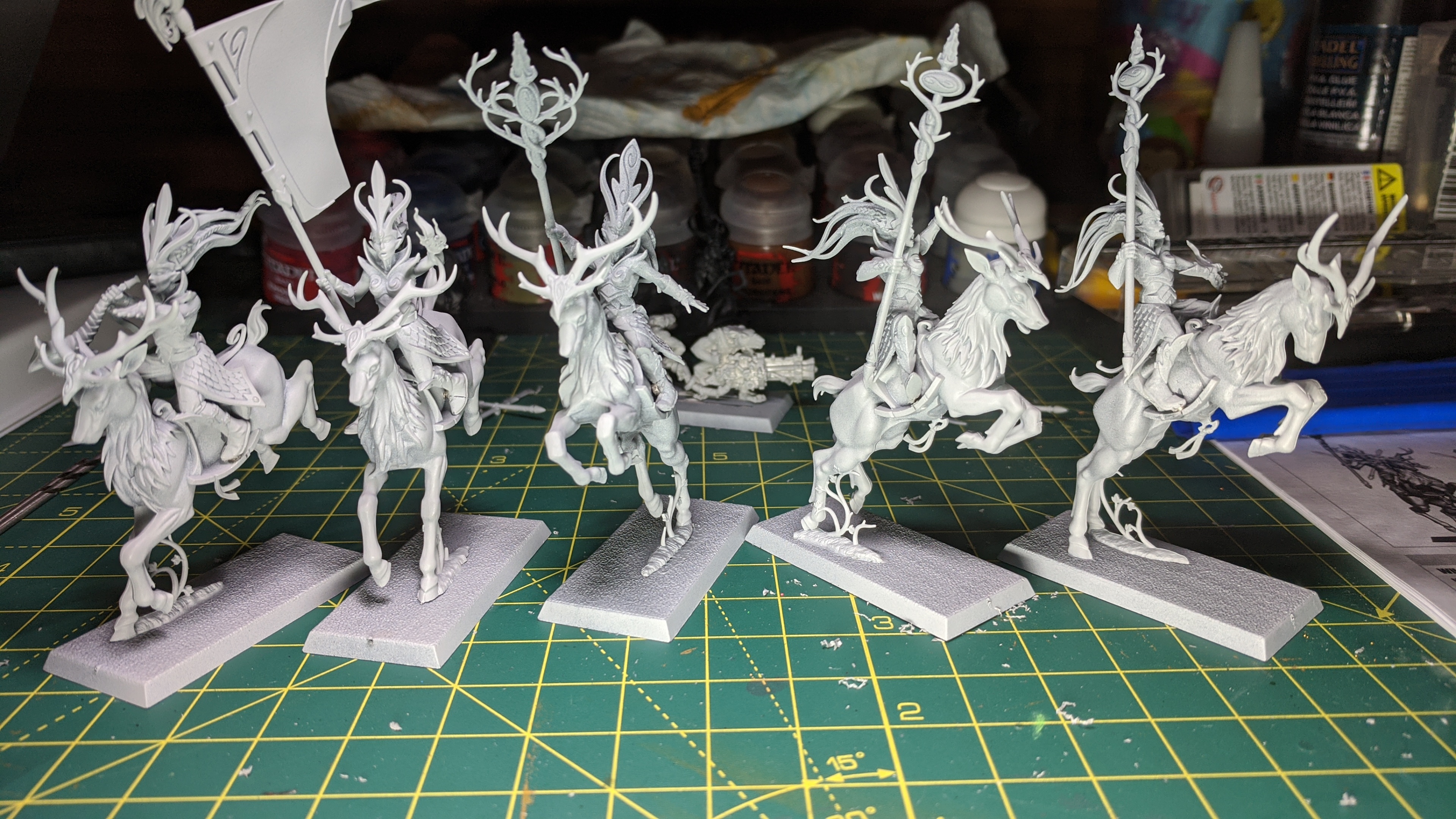 I decided to paint the mount first and settled on a colour scheme similar to that on the box for the unit. I went with a base cream colour and blue fur, then applied a dark wash to bring out the muscles and tendons. The saddle was done in red, then washed with a brown contrast paint then varnished to give a hardened leather look. For the antlers I used a bone colour and then applied a wash just at the tips which I faded out to try and give a transition. 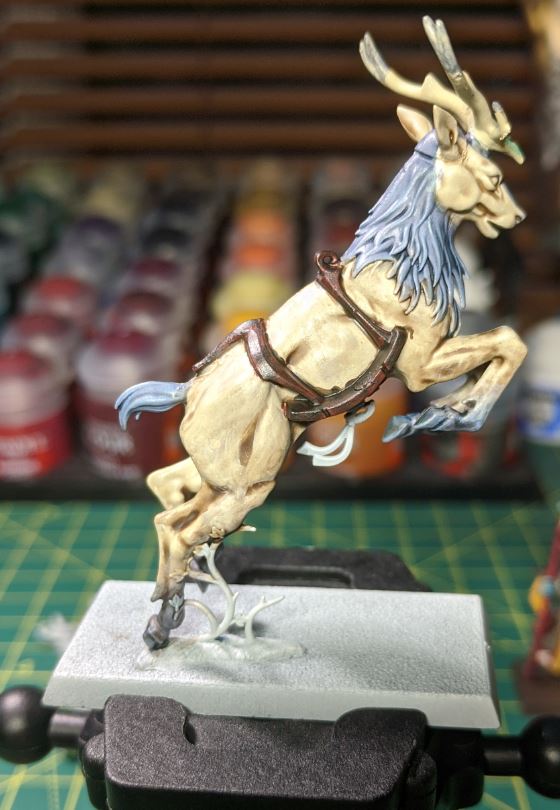 After this I moved on to painting the rider. I had already decided that overall I wanted an autumn theme with reds and yellows. I decided to keep the armour and staff as red to match the saddle (albeit with a lighter shade to contrast better) and use yellow on the cloth. I didn't want the rider to clash with the mount though, so I kept the shin and arm guards a cream colour and had the head decoration match the antlers and fur colours.

I wasn't entirely satisfied with this however, feeling that the shin and arm guards were blending too much with the mount. There were also additional details I could add in places such as the hair. I changed the colour for the guards to an etheral blue, similar but distinct from the fur and added a bit more detail. 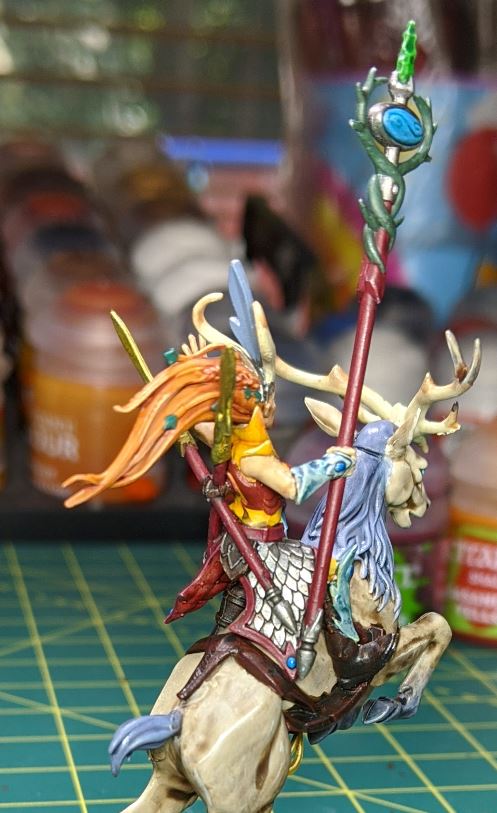 With the work on the painting largely done I moved on to the base. Having settled on the autmn theme, I managed to find some autumn leaf flock that I thought would work pretty well. I started by applying some mud-like texture paint to the base and drybrushing in red and yellow 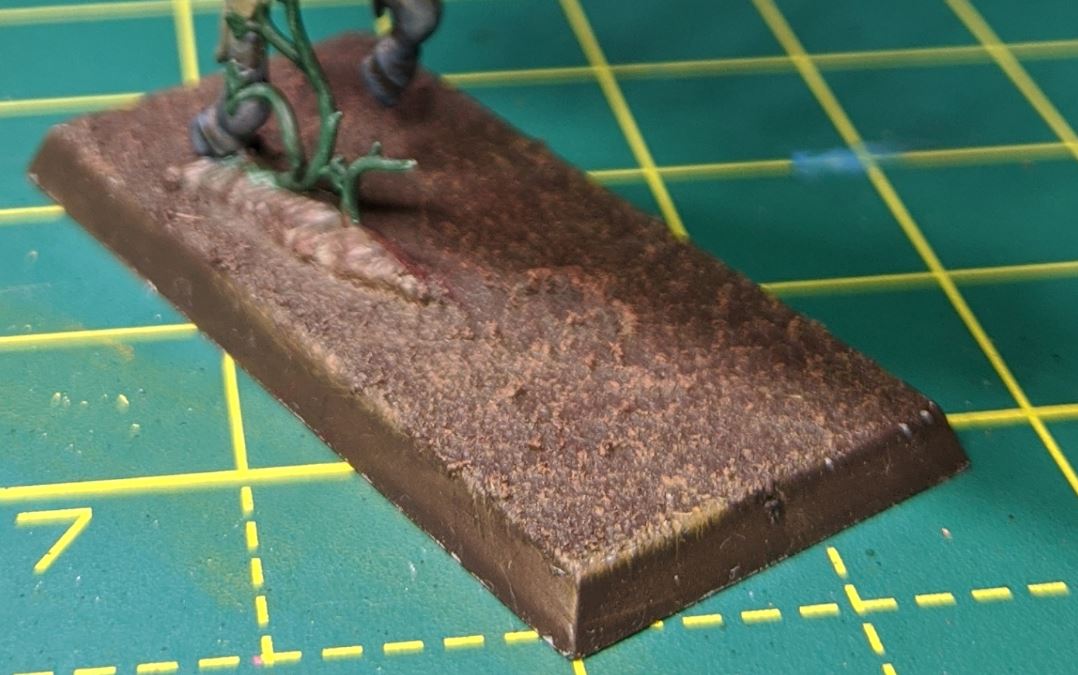 Then, once that had dried I covered it in PVA glue, and applied the flock.

There were a few touch ups at this point and I decided to move from the old square baes to new Age of Sigmar bases. I also decided to use a matt varnish on the bases to give another layer of protection on top of the PVA glue, hopefully without too much of a wet-look. The final results for the new bases and the full unit are below. 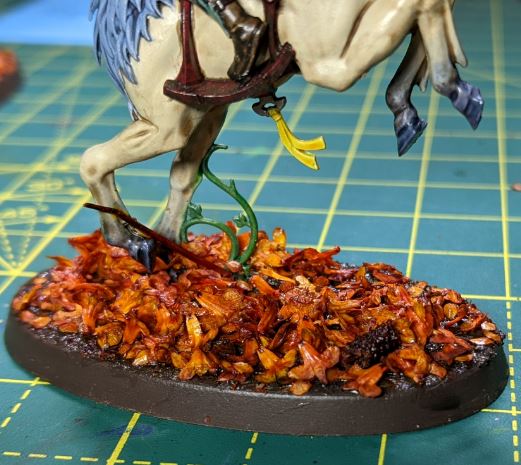 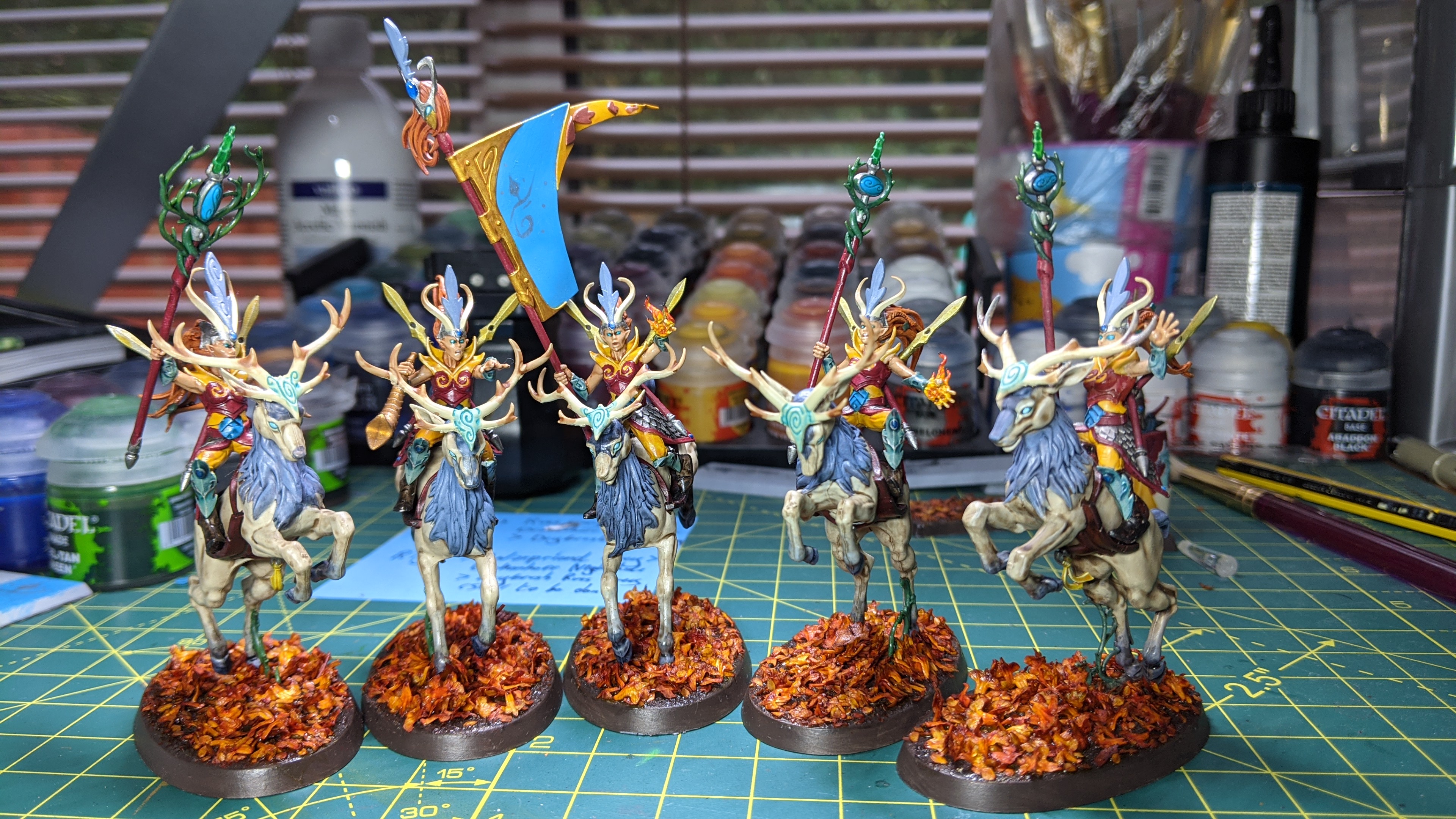