This felt a little important and I wanted to make sure it was preserved somewhere besides Twitter because of the way things are going since Elon Musk took ownership.

The long and short of it is this: On November 3, 2022 at around 7:28 a.m. PT, Musk tweeted out that the advertisers were fleeing Twitter because of "activist groups" who were "trying to destroy free speech."

At some point by 10:13 a.m. PT, Twitter's fact-checking system flagged the tweet and provided further context. Sources for the context were Wall Street Journal, MSN, and DailyMail.

By 11:03 a.m. PT the fact-check flag had been removed. The images and time stamps of said events can be found below. They are undoctored, posted directly from my phone photo gallery: 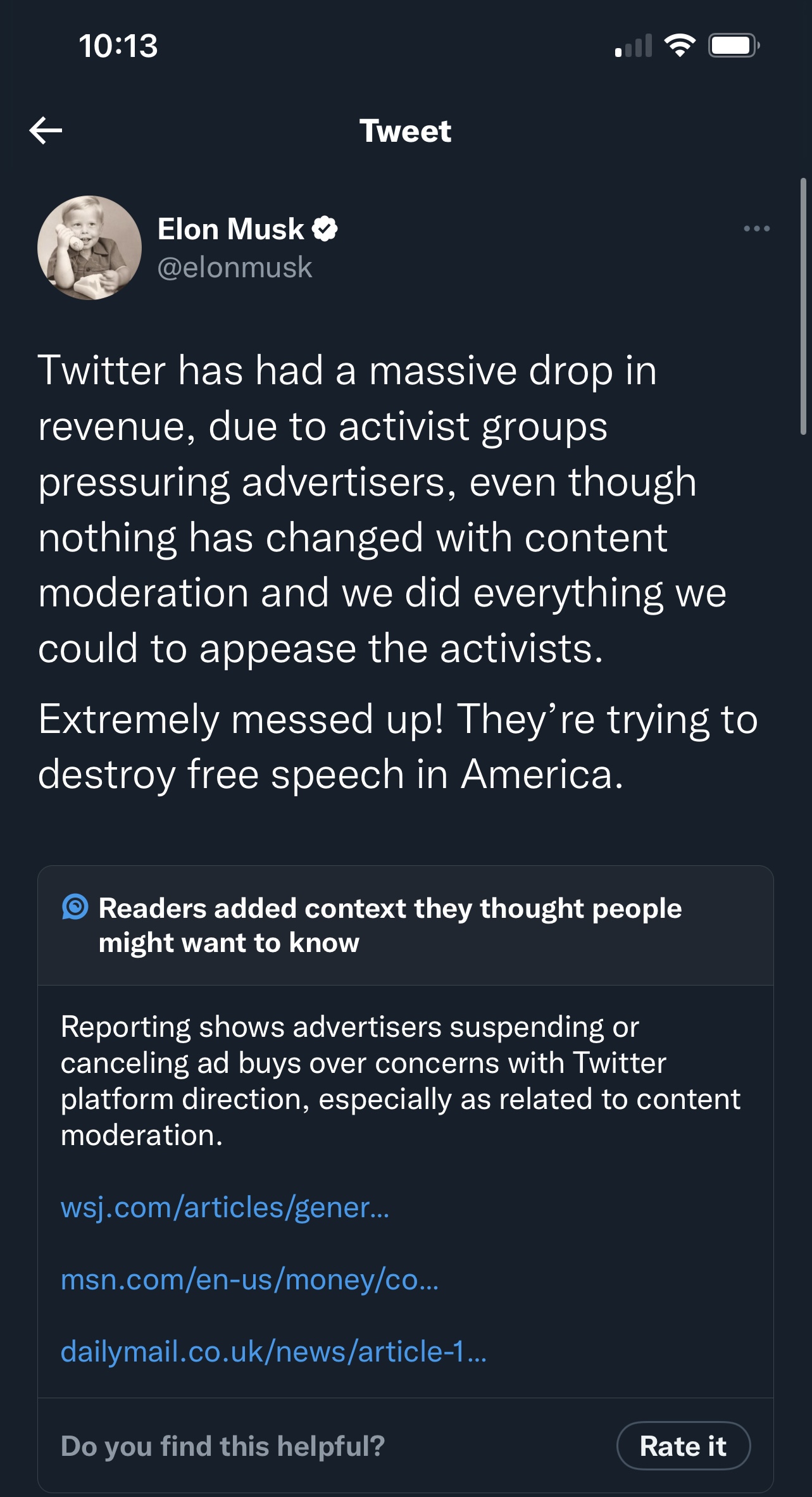 11:03am PT: The fact-check is removed from Elon's tweet 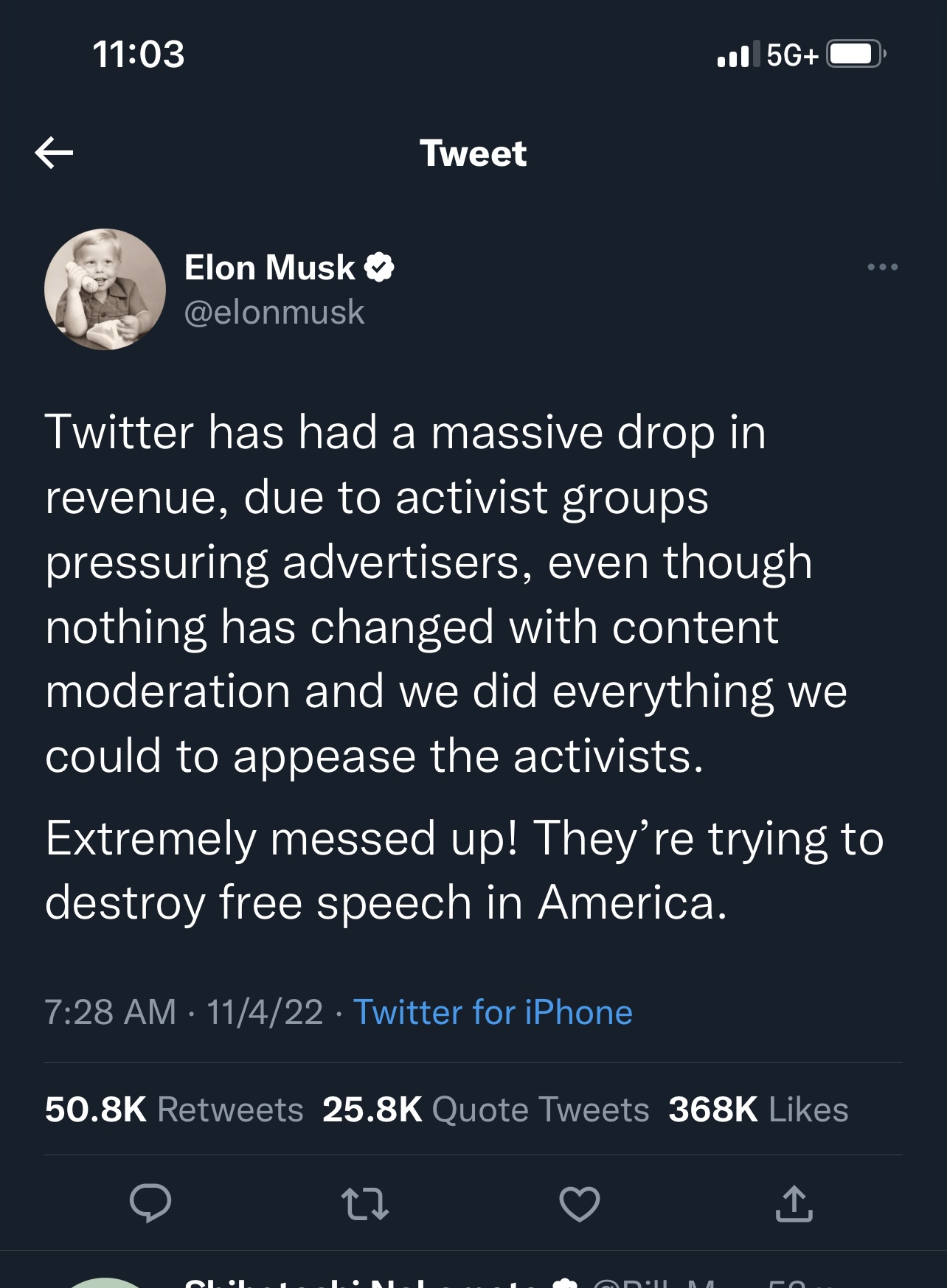 Now there are a couple possibilities here. Elon Musk was allegedly set to lay off thousands of Twitter employees today. It's not out of the question that a fired or disgruntled employee would have done this as an act of revenge. This seems like the likely story Elon himself would go put out.

However, this system has also acted since Elon has been in control of Twitter. Notably, it kicked in on another Elon Tweet when he responded to Hillary Clinton's address of the Paul Pelosi attack with a questionable resource. Musk since deleted that tweet. It also fact-checked the White House Twitter on a claim of Biden successfully increasing social security payouts. So it's also extremely likely it was just working as intended.

Either way, just another weird event in the era of Elon-run Twitter, but one I thought should not go unnoticed.