I'm somewhat a creature of habit. I tend to have little rituals or routines that I do on a daily and weekly basis that give me comfort. For instance, I tend to get McDonald's breakfast on Friday as a little treat for making it through the week. However, lately I've grown tired of the flavor (and stomach distress) of McD's breakfast and have started venturing out a little bit. That's what led me to try the Happy Donuts "Donut Slider."

The Donut Slider is not complex in its ingredients. It's nothing more than bacon, eggs and cheese all gooped up together and slid between a glazed donut that's been cut in half. It's definitely a decadent, yet inexpensive delicacy at $7.99 to say the least.  But, honestly, it tastes just as you'd imagine it would. 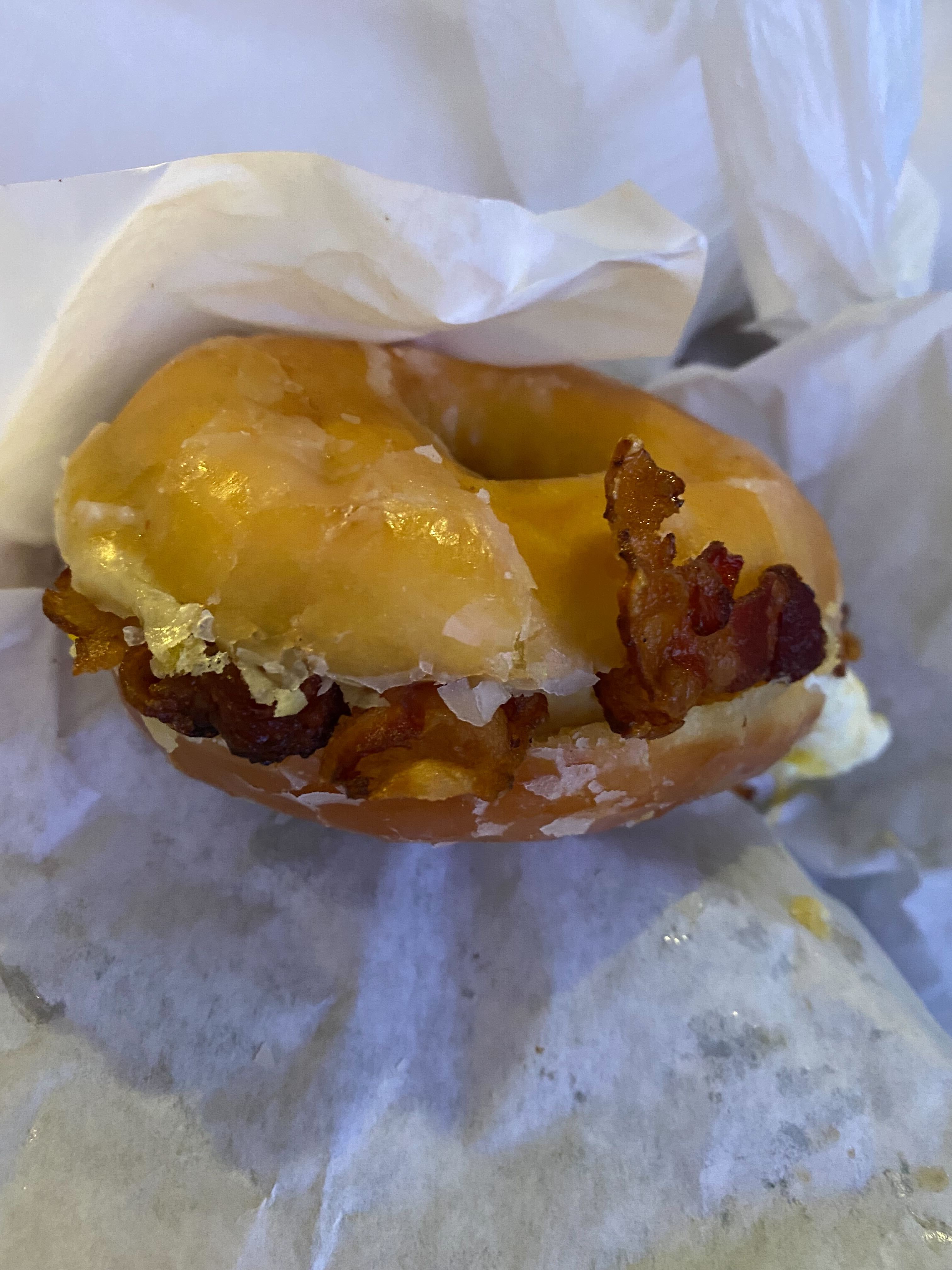 The sweet and savory combination of bacon and sugar is always a real home run in my book and that's the real star of the show here in my opinion. However, there's not much fanfare when it comes to the rest of the slider. Eggs to me have more of a dairy richness  than a flavor and they were quickly overpowered by the very glazed and sugary sweetness of the donut itself. The cheese instantly felt out of place in the flavor tapestry as well with it gooey texture that just did not need a sugar infusion.

And if we're being honest here, donuts just don't make a good substitue for bread or a bagel. They lack the structure and stability. Still, the novelty was enough to pull me in and get me to try it. I feel like most people who saw such an item on a menu would be tempted as well. Fortunately for all of you, I already tried it so you don't have to. Not that it wasn't good, it's just maybe a glazed donut isn't the way go? The flavor combos here definitely need some more balancing in my opinion if this is going to work though.

Worth trying for the novelty if curious