I could not have possibly predicted the news that came out of Arc System Works this last weekend during the ARCREVO World Tour 2021 America Finals, but it sure as heck happened. Original Guilty Gear pre-boss and Guilty Gear XX nightmare character Testament is making their way back to a Guilty Gear roster as the fifth and final character of Strive's Season Pass #1. They're canonically non-binary now, sport an amazing new look, and have a refreshed style to go along with their new appearance. Let's take a full look at Testament for Guilty Gear Strive!

Testament is a returning character to Guilty Gear who has appeared in a multitude of the game since the very first one in 1998. Since the very beginning, Testment has been a trap zoner with a lot of good mid-range buttons, a multitude of projectiles, and some very unique set gameplay that can lockdown large swaths of the screen. They even had a special "poison" status they could inflict on enemies. A humanoid Gear, adopted child of Kliff, protector of Dizzy, and former servant of Justice, Testament has had a run throughout Guilty Gear's history that ranges from vicious arch villain to peaceful neutral party.

More notably, Testament's gameplay made them a nightmare in their last mainline apperance in Guilty Gear XX Accent Core Plus R where they were largely considered to be one of the most top-tier threats in the game. This again is due to their ability to safely poke with lengthy normal attacks thanks to their scythe, as well as constantly pressuring opponents with a multitude of projectiles and traps. The pressure Testament could put out in GGXX was simply immense.

For Guilty Gear Strive, Testament is looking... largely complete. Their mid-range game and projectile onslaught appears to be intact. Though they seem to have lost trap and poison moves that were iconic parts of their kit, they also gained some very nasty new tricks opportunities in place of it, keeping that mid-range normal and zone game up and running in this latest iteration. In fact, funny enough, someone went and made a chart showing a number of Testament moves that seem to have nearly translated 1:1 from Guilty Gear XX to Guilty Gear Strive.

Arc System Works has labeled Testament as fairly easy to use and a solid mid-range combatant once again in Guilty Gear Strive. They've lost trap and poison moves like HITOMI (the tree), Zeinest (the blood net), Warrant (counter poison), and Nightmare Circular (super poison blast), but make up for it with some solid new projectile pressure and a new status effect.

Stain state is a status effect that can be inflicted on Testament's opponents on hit or block from a number of their moves. It makes enemies vulnerable to a follow-up attack that can be used to create unique continuing pressure. Testament also has around three different projectiles and teleport with a feint that can be used in conjunction with their normals to keep an opponent locked down and guessing which way to guard.

Grave Reaper is a big new move for Testament. They swing their scythe, throwing a blood skull foward or upwards diagonally, creating a little succubus that lingers. The scythe swing and skull projectile produce separate hits, allowing Grave Reaper to build combos. Furthermore, moves like Unholy Diver and Possession act differently after Grave Reaper's succubus is out. Possesssion can be used to teleport to the succubus almost immediately. One can also fake the teleport to create a situation where opponents mistakenly whiff an attack trying to punish it.

Finally, Arbiter Sign casts Testament's EXE Beast (a blood red crocodile-looking beast) to attack low or high depending on the Slash or Heavy Slash button being used in the input. This move tracks at mid-range, but has a minimum and maximum distance where it won't hit opponents if they are too close or too far. Nonetheless, Testament can use it for low and high mixes on pressured opponents and it doesn't even seem to have that much start up, coming out rather quickly. 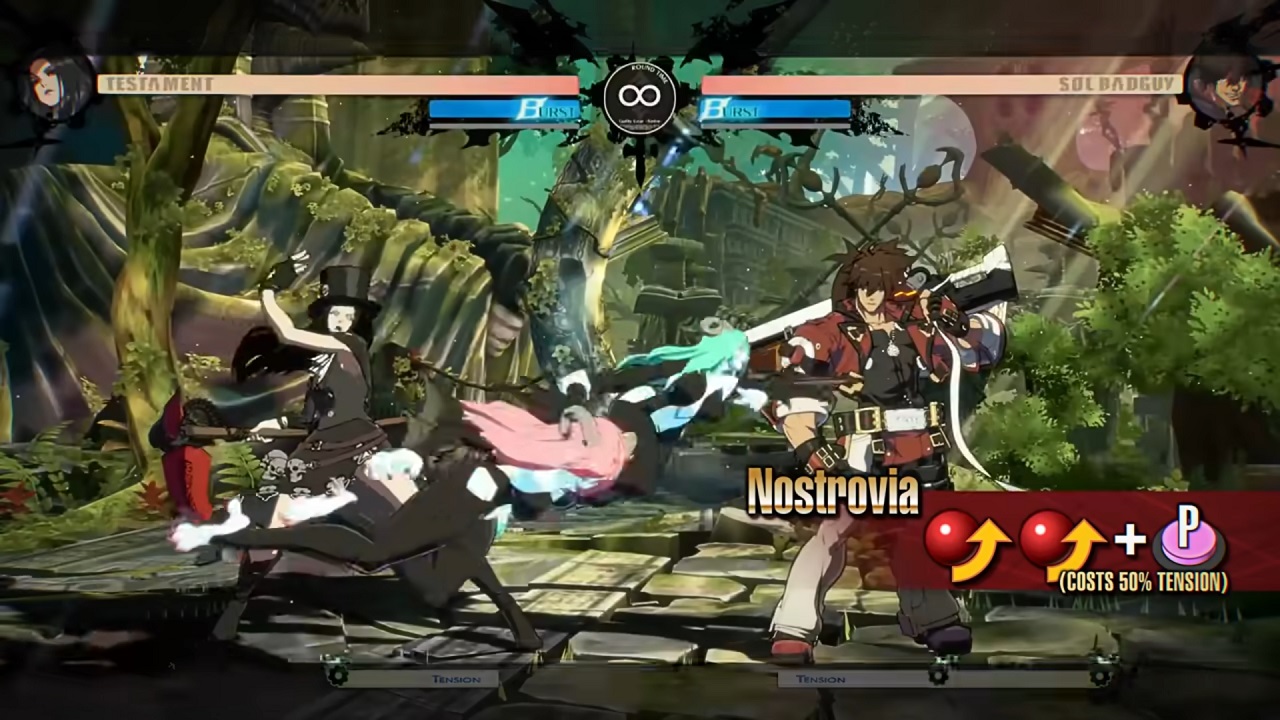 Testament's Overdrives look incredibly nasty. Calamity One has invulnerability on startup, allowing one to bypass enemy attacks to punish them with a huge EXE Beast for a single swing of massive damage. Meanwhile, Nostrovia casts Testament's succubi forward in a combo that Testament themself can freely follow after cast for follow-up attacks. Nostrovia also affects an opponent with Stain on hit or block. In essence, you've got a super that's great for defensive play and punishing in Calamity One and a super that's great for offense and continual pressure in Nostrovia. 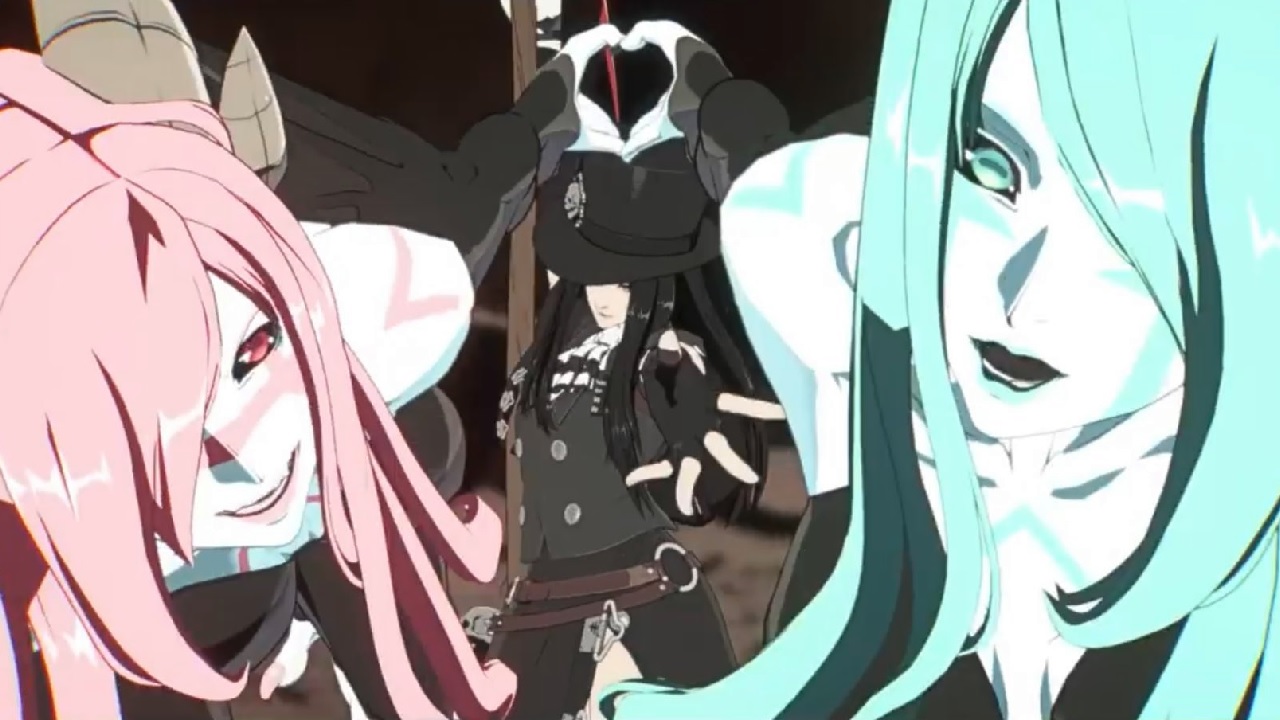 Only time will tell if Testament is as formidable as they were in Guilty Gear XX. Their kit looks absolutely mean with projectiles for days, ways to misdirect opponents, mix-up opportunities, continual pressure, and defensive mechanics. I think the things they gained may very well make up for the lack of poison and traps and it seems the potential for vicious damage once Nostrovia is out could be a game-changer.