Set after the events of Oathbringer, the main focus of the story is on Rysn Ftori. Mostly seen in interludes in previous novels, Rysn is finally setting out on her first big mission as the new owner of the ship Wandersail. Setting off for the mysterious destination of Aikinah with the ships crew and a couple of Windrunners, Rysn soon finds herself with problems and people who have differing motivations for visiting the islands. While juggling with all of this, she also continues to cope with her disability after being paralyzed from the waist down nearly 2 years ago.

It is refreshing to see the viewpoint of a character who has a physical disability; a rare viewpoint in any media but one I have never read in a fantasy novel. As with other characters, Sanderson excels at writing well defined characters with problems and showing that even magic can not solve all problems for you. Rysn has taken her first step towards begining her new life. Now she has to take the next one.

Though longer than most novellas I found the plot to be well written and paced. The plot is simple enough to wrap everything up by the end but is still packed with enough mystery and reveals to be able to continuously keep you engaged throughout the book. The last novella, Edgedanceer, I found to be a little too slow getting into main plot of the book. Both novellas do feature the signature rush of information in the resolution that Sanderson is known for doing so well.

I think fans of both The Stormligh Archive and Cosmere universe as a whole will love this book. Both Rysen and Lopen are further fleshed out as well as several other minor characters. With the title Dawnshard, Cosmere fans will know that the overall universe is also explored and several things are explained and hinted at all while leaving you wanting to know more. I would estimate that it took about 3-4 hours for me to read. I would higly recommend to read this to tide you over for the next couple of days until Rythm of War releases! 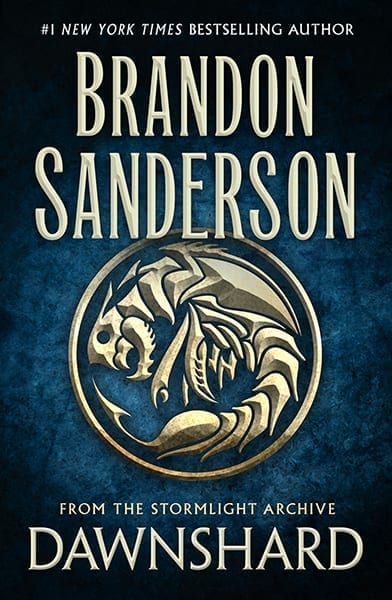 May not scratch the itch for someone looking for nautical fantasy.