Baiken is back, baby. The one-eyed, one-armed ronin warrior has arrived in Guilty Gear Strive's roster as its fourth DLC character of Season Pass 1. What's more, she's taking over online lobbies as large amounts of players have taken to learning and using her this last weekend. What makes her such an enticing pick? Let me shed some light in my latest character Breakdown!

Baiken is a returning character that dates back to the very first Guilty Gear game and has appeared in nearly every core entry (not including Guilty Gear 2: Overture, which we don't talk about in this safe place). She's a Japanese survivor of the original Gear Wars who took up search of the creator of all Gears to take vengeance for the loss of her family, arm, and eye. To that end, she grew up studying the katana, attached all sorts of deadly gadgets where her missing arm used to be, and learned to implement Ki (being one of the few Guilty Gear characters known to outside Jam Kuroduberi, Chipp Zanuff, and Kum Haeyhun).

As for combat, Baiken's design translates to a rushdown character with a wealth of interesting gimmicks. In previous games she used to be able to seal an opponent's buttons or functions with one of her supers (meaning no using Slash or jumping for a time). She also always has use of hidden clubs, cannons, chained spears, and other such gadgets in addition to aggressive swordplay.

In Guilty Gear Strive, her gimmicks have been simplified a little bit, but she's nonetheless deadly and can quickly wreck a foe in short order thanks to some new tools at her disposal. That and a history in the games that has given her a dedicated fan base are probably why players have taken to her like a duck to water. Definitely not that certain prominent assets of her character design keep growing with each new game, no sir. No lewd reasons here. ANYWAYS...

Tie them down, beat them up

In terms of functionality, many of Baiken's core elements are still present. Her main projectile, Tatami Gaeshi, returns in arguably its strongest form. She quickly kicks a tatami mat up and this move is usable in air and on the ground. On the ground, it will launch enemies high and can be comboed into from basically anything, making it a strong combo extender. In the air, the tatami mat floats to the ground, doing damage if it makes contact with the opponent, making it a strong screen for approaching enemies.

Youzansen also returns. Usable in air, Baiken sweeps her sword in a circle. This move is a massively awesome defensive and offensive tool for how much range it has. Also, if you get behind opponents and hit it on Baiken's back swing, it will knock them, allowing for good comboing.

However, the coup de grace of Baiken's new kit is, by far, Kabari. This move comes in two forms. The Hard Slash form will throw a chained spear and if Hard Slash is pressed again, Baiken will rush in for a slash. It's easily her best combo starter and also great for wall breaks. The real move to build her strategy around is the Slash version of Kabari. Baiken throws a weight at her opponent that straps a tether to them on hit whether they block it or not. Baiken will also attach a tether to her opponents on any normal throw.

That tether is massively important to Baiken's kit. It makes her and her opponents rubberband towards each other if they get too far away. When Baiken hits opponents in this state, it makes absurdly damaging combo routes possible. In my time with her, I've found that you can even cycle the tether with some practice to keep your opponent constantly under pressure. My route is as follows:

By doing this while tethered to your opponent, you damage them and set another Kabari tether to keep the pressure going. You just have to be careful if opponents have the initiative on offense because if you're tethered to them, they can also do wildly terrible things to you. See below:

How does Baiken change GG Strive? 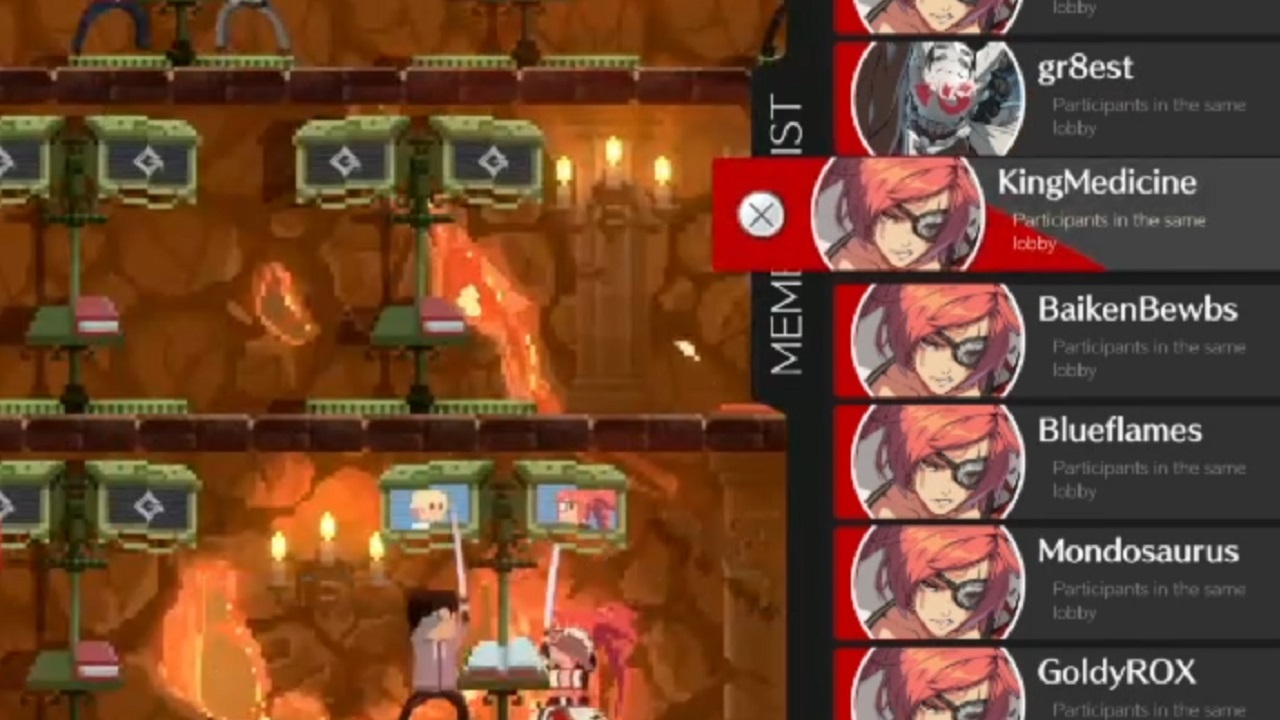 Quite frankly, of all the DLC characters that have launched so far, Baiken is a standout for two reasons.

I think that combination of well-rounded plus easy access moveset and gimmicks has made her a much less daunting challenge to learn compared to Goldlewis, Jack-O', and Happy Chaos, whose gimmicks are awkward and take a lot of practice to even begin to utilize efficiently against opponents of the same skill level. Baiken is just plain easier to use than all of them so far and it shows if you look at a Guilty Gear Strive online lobby right now.

With the tether, you can also get really tricky and creative with your attacks, so that makes her fun to play too. Honestly, figuring out how to effectively combine Baiken's tethers with comboing has been some of the most fun I've had in Guilty Gear Strive in a long time, and I see numerous pros out there are have an equally fun time figuring her out.

It's also possible her... bountiful assets in Strive are a draw, but I like to think better of my community.

So that's my break down of Baiken in Guilty Gear Strive. She's the fourth DLC character in the overall Season Pass right now with one more to go. I'm pretty happy with her so far, but how do you feel? Is she as strong and easy to use for anyone else as she's been for me? Have you fought her and feel different? Let me know in the comments below! You can also check out the recent livestream I did of gameplay with her to see more of Baiken in action!