Scream is unrivaled as my favorite horror movie and horror franchise. They scared the piss out of me as a little kid but I reclaimed them as a teen/young adult, and now I love them with all my heart. Scream (2022) AKA Scream 5 is one of my most anticipated movie releases of the year, so I’d like to share my rankings of the first 4 films before the new one comes out. Enjoy! 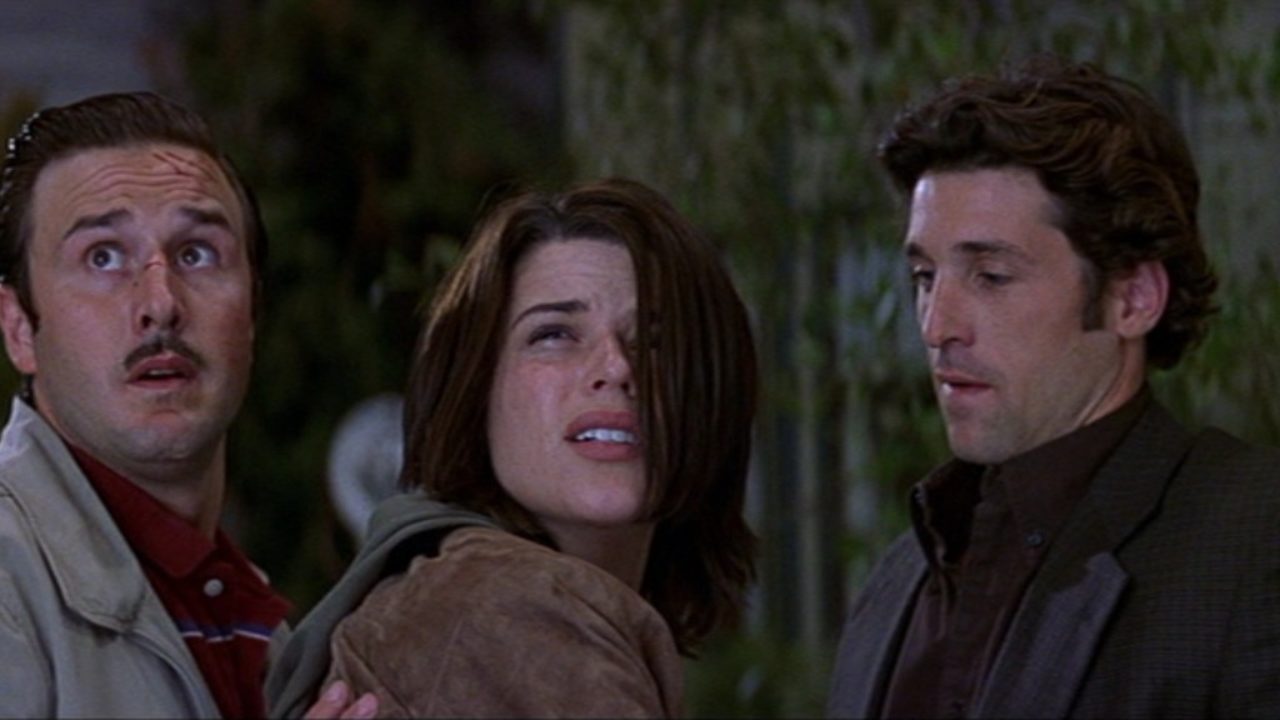 It’s widely understood that Scream 3 is the worst of the bunch, BUT, I don’t think it’s all that bad. The Hollywood setting is a bit weird, and the retconning of Sydney’s family history and the events that took place before the original movie are pretty shaky, but it’s still got a lot of that good Scream magic. There’s some great kills (the dressing room and one-way mirror are standouts) and I really like what they do with Ghostface, particularly his phone calls. They pull the fake voice gimmick like a dozen times and I really get a kick out of it, although there’s no way the average person had access to tech that good in 2000!

Also, this movie has a Carrie Fisher cameo! I mean come on.

Okay, maybe the most controversial part of my Scream rankings. Scream 2 is an excellent movie and a very clever follow-up to the original. It doubles down on the meta commentary that the original established, mocking sequels and their nature while playing off those same tropes simultaneously. I also think that Neve Campbell does some of her best work as Sidney Prescott in this movie. I will say that Scream 2 probably has my least favorite opening sequence in the series. It’s not bad, I just think the other movies do it better. Scream 2 also leans into the horror just a tad harder than its two subsequent sequels do. The scene in the police car and Randy getting snatched up in broad daylight are burned into my brain.

Okay, I’m getting up on my soapbox; Scream 4 is one of the most underrated horror sequels ever made. Straight up. 11 years after Scream 3, Wes Craven returned to his beloved series and dropped a flick that takes aim at reboot culture and Hollywood greed in the best way possible. I love that the entire movie makes you think that they’re setting up the next generation of Scream, handing the baton off to a younger cast, only to kill all of them off and remind folks why you “don’t fuck with the original.”

Emma Roberts also plays a GREAT Ghostface. Her sequence at the end, ripping her own hair out and beating herself to a pulp just to pull off a convincing frame job is disturbing and compelling.

In addition to having the best meta commentary since the original, Scream 4 also has some of the best Ghostface work since the first film. Moments like “I didn’t say I was in your closet” and the horror movie trivia sequence with Rory Culkin and Hayden Panettierre (invoking the original film’s iconic opening) live rent-free in my mind. So good. By the way, Panettierre’s Kirby might just be the best character in a Scream sequel.

Lastly, I love how Scream 4 plays with technology and the internet era. From the use of social media to Ghostface recording the killings to get clout online, you can tell Kevin Williamson and Wes Craven just had a ball imagining what Scream would be like in the modern era. Scream 4 was even a few years ahead of its time with its commentary on people’s undying thirst for attention and celebrity online, tapping into influencer culture before it became what it is today. “Everybody will be doing it one day” feels so prescient on a rewatch.

There’s not much for me to say about the original Scream that hasn’t been said a million times, so I’ll just hand-pick some of my favorite aspects of the movie that make it my favorite horror flick of all-time.

The opening scene somehow, after all these years, still manages to creep me out. It’s this particular scene that gave me bad dreams and made me sleep with the lights on when I was in elementary school and had no business watching Scream with my parents. It’s well-paced, and the sense of dread just slowly pours in over the course of 10 minutes or so. Virtually perfect writing by Kevin Williamson and an equally perfect performance from Drew Barrymore make this one of the greatest horror scenes ever put to film.

I love a good whodunit, and Scream is a compelling murder mystery in addition to being a great horror comedy. You could make reasonable cases for several characters being the killer, but the identity of Ghostface is truly up in the air until the last minute. I admire that this movie had the gall to pull a reverse Red Herring, with Billy dropping the knife and voice recorder right in front of Sidney in the first half hour of the movie. It makes you go “okay, so it can’t actually be him,” but it actually freaking is. It established the mystery element that went on to be a key aspect of every entry in the franchise.

The final confrontation with Sidney, Billy, and Stu post-Ghostface reveal is another big moment for me. Pretty much every line of dialogue from this scene is a banger. Here are a few I love:

“You hit me with the phone, dick.”

The final thing I want to shoutout is Sidney Prescott herself. I absolutely love that this character is a final girl that doesn’t need saving, one that’s assertive and grabs the bull by the horns. Her putting on the Ghostface costume and talking shit to Stu over the phone is so good! Her last line to Billy, “Not in my movie” is just *chef’s kiss*. I love Sidney Prescott so much, and she’s the beating heart of this series.

Those are my rankings of the four Scream films. I genuinely love all of them, and am counting down the days until I get to check out Scream 5! You can expect another deep dive review into that movie when I get to see it.