“Lighting in a bottle” that’s the term that comes to mind with a movie like Ghostbusters. It’s not often someone creates something that defines a generation and cements itself into pop culture forever. When 1984s’ Ghostbusters hit theaters on June 7, it did exactly that. It’s even interesting to see a franchise that only existed in 2 feature films and had lived purely in television animation for many years, but after the last installment called “Extreme Ghostbusters” there was a long period of nothing until 2016’s Ghostbusters hit theaters. Whether you loved or hated it, the film was deemed a “Bomb” at the box-office and was unable to meet studio expectations financially. Then 3 years later we had a glimpse of hope with a teaser trailer to a brand-new Ghostbusters film, that took place after the Ghostbusters 2, the project would be called “Ghostbusters Afterlife”.

Growing up in the 80s’ I was indeed a Ghostbusters fan, from the live action movies to the animated series. With that in mind I’m pleased to say that Ghostbusters Afterlife is a fun romp of nostalgia that will hit you in the right places. While it’s true that the movie plays out to a completely new audience, with themes cratered to younger folks not knowing who or what a Ghostbuster even is, it all helps the infection vector of the franchise for a new generation discovering Ghostbusters for the first time. You’d better believe anyone who goes into this film not knowing anything, will be watching Ghostbusters 1 & 2 immediately after, and that’s how the franchise has come full circle.

The main plot revolves around Phoebe, who’s Egon Spanglers granddaughter, discovering her roots, and investigating her past and finding herself in the process. While the film does have a ton of easter eggs and nodes to the original, Mckenna Grace absolutely carries it as the star, which leads me into my next point about Ghostbusters Afterlife, the characters. While I enjoyed what I saw, the film has some major character issues with the main cast. Trevor, Phoebe’s brother played by Finn Wolfhard doesn’t have a ton of development which is a bit frustrating, as this was intended to be a family movie after all. If you were interested in seeing and learning more about the other characters like Lucky, played by Celeste O’Connor, be prepared for a letdown. She plays such a small role in the film and is hardly developed at all, it’s like the writers threw that character in because they needed four ghostbusters. Celeste does as a good as she can with the script given to her, but you could literally remove her form the film and everything would be the same. Podcast, yes that’s the characters name, we are never given his real name, also feels tacked on and not needed, while he does get more screen time and laughs than Lucky, he’s underdeveloped and again, not really needed in the grand scope of the story. It would’ve been better and more powerful had Trevor and Phoebe uncovered the mysteries together since they’re Brother and Sister. These undeveloped characters are the only really thing about the film I didn’t like. Paul Rudd is funny but,I think he is in the movie more for his name on the poster. His character is underdeveloped as well. Carrie Coon does a good job at playing Egon’s daughter but again like Trevor, would’ve liked to see more of her in the film, and wish she had a bit more character development.

That being said, hardcore Ghostbusters fans will notice how carefully the writers, Jason Reitman & Gil Kenan leave out details from the first & second Ghostbusters films. While there is clear exposition given to what happened to the Ghostbusters, the second film is not mentioned at all, neither is a lot of things that I would’ve loved to know, like what happened to Ecto-1A? for example. It’s clever that they avoid issues like this, it didn’t mean that certain events didn’t occur, but they leave it up to the fans to decide what exactly happened without having to go in super minute detail. It was smart, because getting something wrong in the Ghostbusters Universe of films would’ve caused a clear “grab your touches and pitchforks” moment from hardcore fans on the attack. 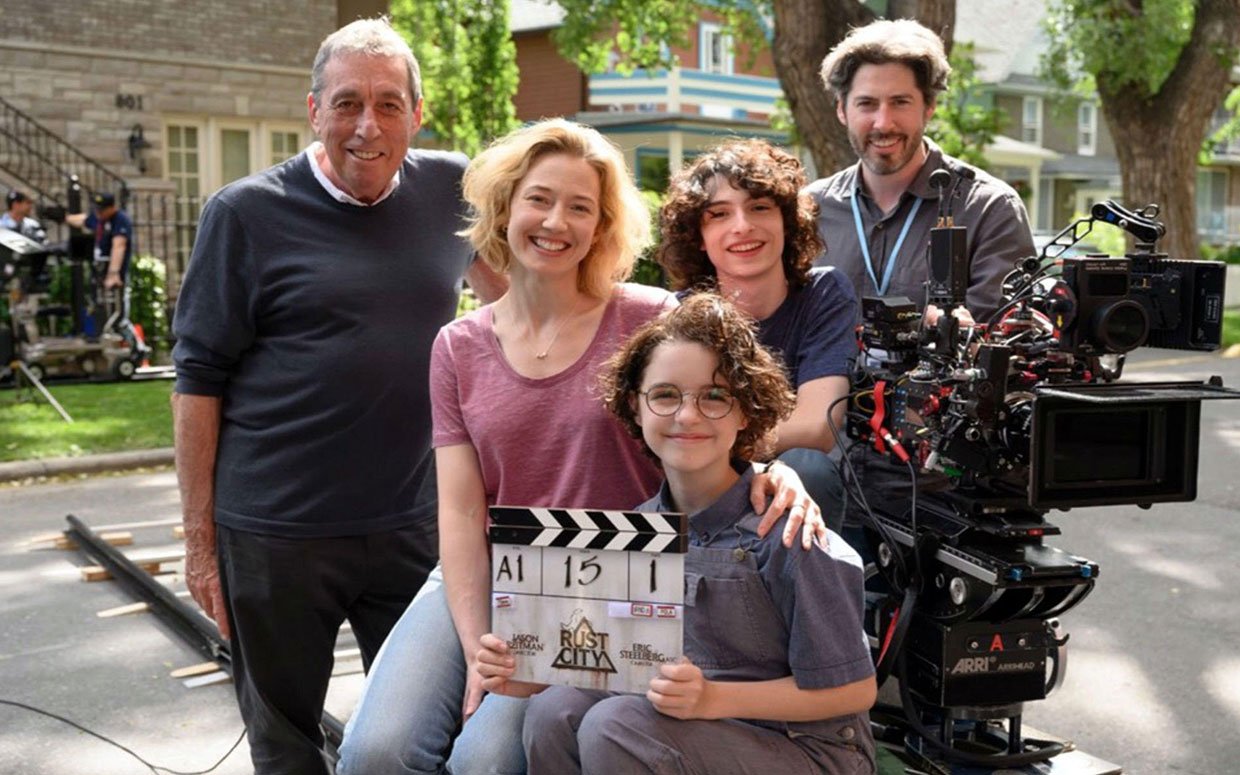 While the movie’s pace is good and it doesn’t lean to heavily on visual effects until the end, I will say if you’re looking for that explosive, over the top, screaming out of your seat ending, you will be disappointed, this isn’t the MCU. The ending is sweet, powerful, and you’ll be wiping your eyes as the credits roll. Although I do like the big happy ending, this was a powerful one albeit sad, but still powerful.

Jason Reitman was given an impossible task of capturing that same “Lighting in a bottle” movie magic his father, Ivan Reitman did back in 1984, and it’s easily one of the more heartfelt and emotional movies I’ve seen in a long time.  If you one of those people that enjoy “turning your brain off” and watching a “high octane thrill ride” this film probably isn’t for you, but if you like smaller stories, that focus more on characters than special effects you’ll like Ghostbuster Afterlife.

- Small story that's not a "High octane thrill ride" is a welcome change.

- A lot of characters lack depth and development