Today Hasbro announced more details about its very first Haslab project centered around the popular Ghostbusters Franchise. While it was already known to be a 1:1 scale replica of the Ghostbusters: Afterlife pack we got a lot more information, but at the same time a lot of fans (Including myself) have stepped back and thought “Do I want to back this?” For myself I figured this would be an instant buy, but I find myself doubting and concerned with a product overall. 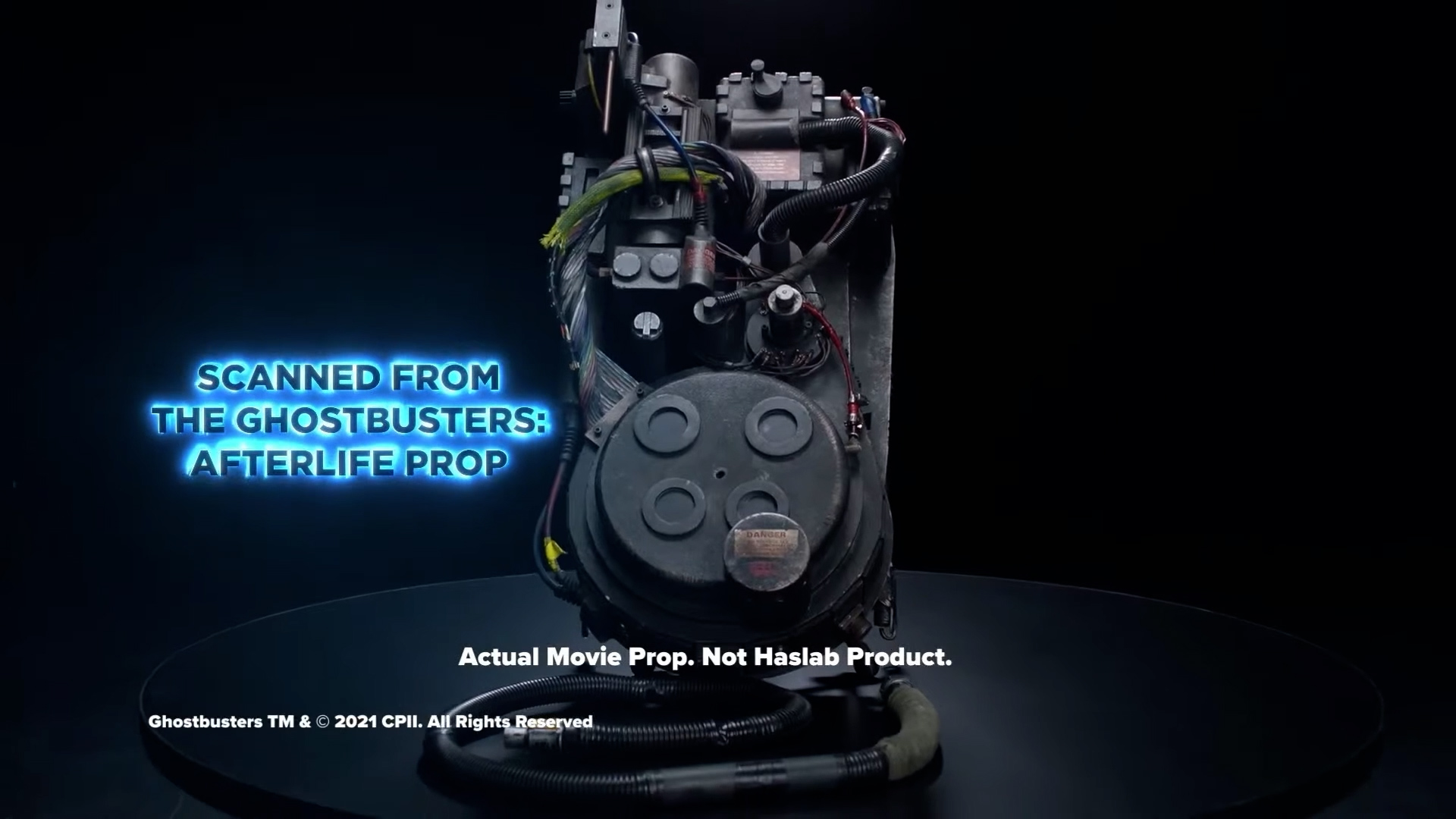 “You it' just occurred to me that we really haven't had a successful test of this equipment.”

While the information given was something, it didn’t really show or reveal a lot. The Pack is indeed based off the Afterlife design, will feature lights and sounds from both the 1984 film and the 2021 sequel, even the Cyclotron cover is removable allowing you to see inside the it from the first time. Hell, the pack even rumbles which is cool. However, the back of the Pack is missing one the BIGGEST things any Ghostbuster would know, the famous ALICE pack frame that is featured on every build, even the 2021 film has the ALICE pack frame from what we’ve seen in clips. That iconic piece is missing from the Plasma Series Proton pack, instead we get a completely flat back with what appears to be the green straps that are literally built into the pack itself. Now there are some interesting hole placements that very well might mean you can add on an ALICE pack, but there’s no official word on if that’s the case. It’s questions like this that has the hardcore fan base hesitate to pull the trigger. “Ray, pretend for a moment that I don't know anything about metallurgy, engineering, or physics, and just tell me what the hell is going on.”

While pack does open to show in the inside (somewhat) most of the Cyclotron appears more “toy-Like” than ever, being one solid mold and color makes it look less realistic than say Adam Savage’s custom-built Proton Pack, just as an example. That’s not to say some custom paint wouldn’t solve this issue, but still not having separate wires and pieces makes it look more like a toy than a nuclear accelerator. 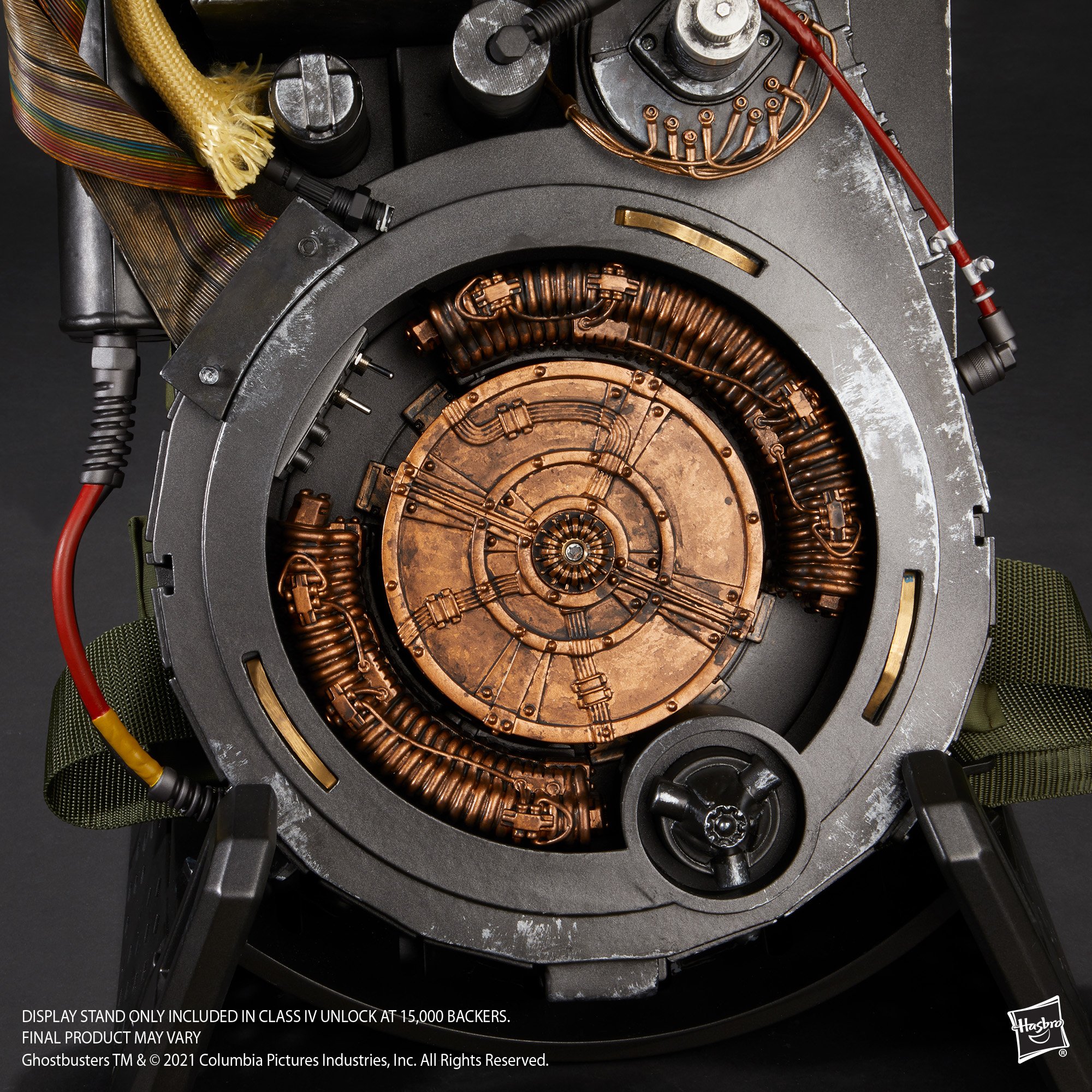 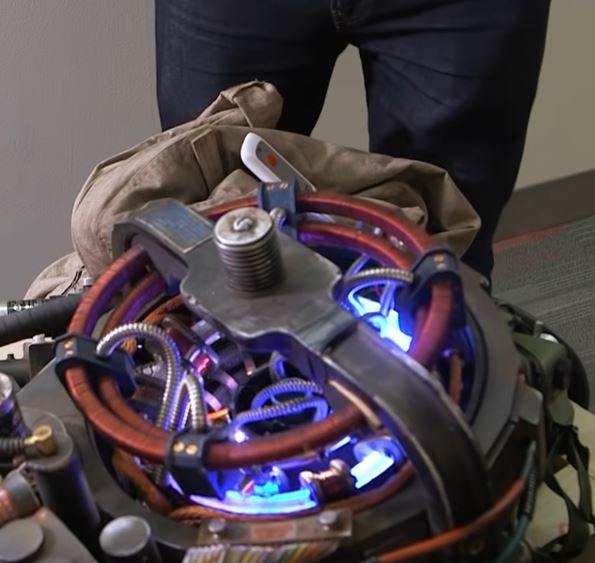 "I'm fuzzy on the whole good/bad thing. What do you mean, bad?"

The pack also appears to be smaller than your standard Proton pack, this is more of a speciation based on pictures since the actual dimensions are not on Haslabs website, which is also extremely odd. This maybe because the final design of the pack isn’t ready but things like dimensions, weight and moding capability are important to hardcore Ghostbuster fans that want to know and these details simple aren’t here, which is a tad off putting. The major factor is the lack of a wand attachment. Hasbro has said that the Ghostbusters Plasma Series Spengler’s Neutrona Wand will attach to the pack itself, but that info is buried on the Haslab webpage, which is weird, but this also means that you cannot control the Proton Pack with the wand itself, they are 2 both completely separate electronic systems, which will disappoint many fans.  Now there are 4 stretch goals if the project does well, however for some reason, we are also being kept in the dark on those details as well. They are vague too, with the goals seemingly saying, “The Classic Bundle”, “The Ghostbusters: Afterlife Bundle”, “The Spengler Special” and “the Supernatural Stand” all of those are pretty cryptic aside from the fourth goal which is obliviously a stand for the pack itself.

“Egon, somehow this reminds me of the time you tried to drill a hole in your head. Do you remember that?”

In conclusion the Ghostbusters Plasma Series Spengler’s Proton Pack Haslab project raises more questions than answers. The details on the stretch goals are not shown, the weight, and dimensions of the pack are not on the site itself and although Haslab says the pack is “Modular” we have no idea to what extent, can you swap lights? And a smoke kit? We just don’t’ know, so we’ll just have to keep an eye out for more details. Check out the newest Haslab project for yourself here https://hasbropulse.com/collections/haslab/products/ghostbusters-plasma-series-spengler-s-proton-pack