Welcome back, folks. It would seem that you weren’t eternally disgusted by previous entries in this series, so I thank you for coming back again. When we last left our heroes of Formula 1, we got to enjoy a wild weekend in Italy for the 2021 Italian Grand Prix at Monza. After some fierce racing that saw both championship leaders eliminated from the event in a single accident, McLaren managed to secure its first victory since 2012 and their first 1-2 finish as a team since 2010.

While Monza has always been known for thrilling races, the next circuit on the Formula 1 calendar is a bit less beloved. The Sochi Autodrom circuit is located in Krasnodar Krai, Russia and was constructed during the lead up to the 2014 Winter Olympics. Formula One has only recently returned to competition in Russia and the previous four races were uneventful, at best. 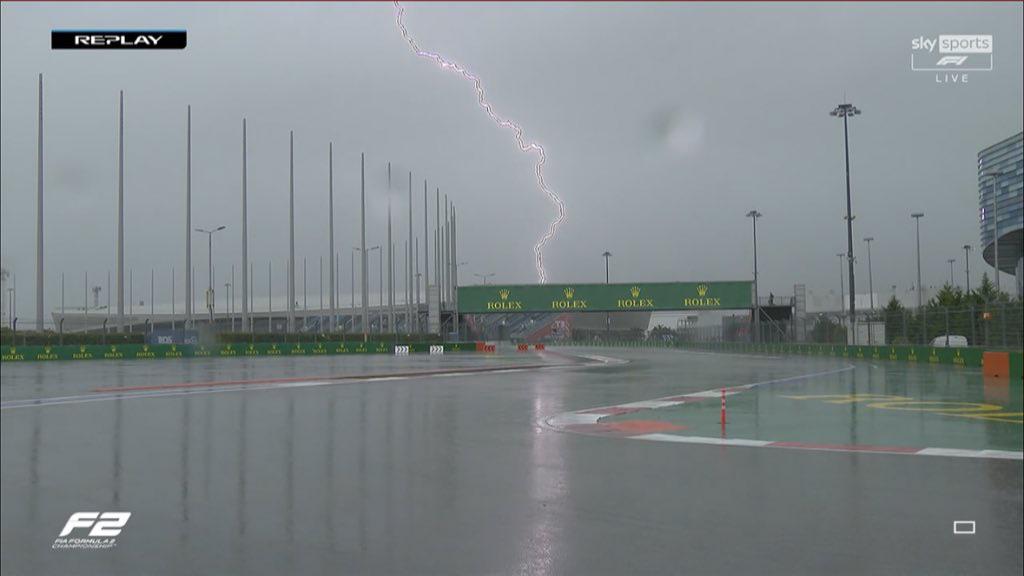 By the time qualifying had wrapped on Saturday, racing fans were elated to see McLaren's Lando Norris sitting on pole position. Norris has endeared himself to fans and peers alike with his fast pace. He is also known to be a prolific Twitch streamer and, at only 21 years old, is one of the youngest competitors in the field. Norris secured pole position for this weekend’s race thanks to a fortuitous tire decision under the threat of heavy precipitation.

That precipitation would be the big story on Saturday night and into race preparations on Sunday. Forecasts showed large, rain-filled clouds circling near the Sochi Autodrom, though the track itself was bone dry when it came time to start the race. The pack took off for an exciting start that saw Norris, Ferrari’s Carlos Sainz, and Williams’ George Russell take an early lead over the rest of the field. 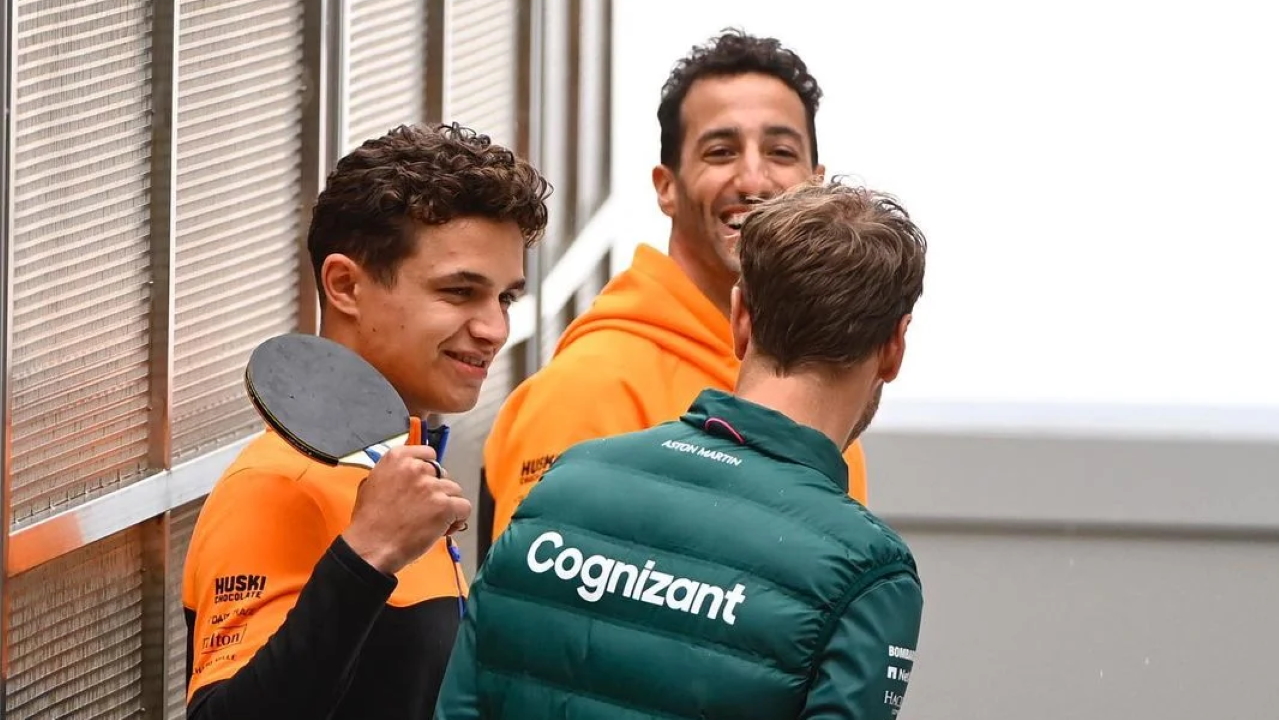 Historically, Mercedes has been the team to beat at Sochi and it took little time for 7-time champion Lewis Hamilton to start his push towards the front of the pack. 13 laps into the race, Lando managed to squeeze past race leader Carlos Sainz and would then hold that position for many more laps to come. This was actually the first time Norris had ever led laps in a Grand Prix and you could feel the excitement building.

As the race progressed and the obligatory tire stops had been made by most teams, weather reports began to indicate that some showers would begin to move over some parts of the 3.6 mile circuit. To achieve the fastest-possible speeds and lap times, Formula One cars must make use of specialized slick tires to get traction. Once the racing surface begins to get wet, the slicks cannot find traction and the car must slow down drastically. The only solution is to take either Wet or Intermediate tires then have channels designed to move water and aid in wet traction. 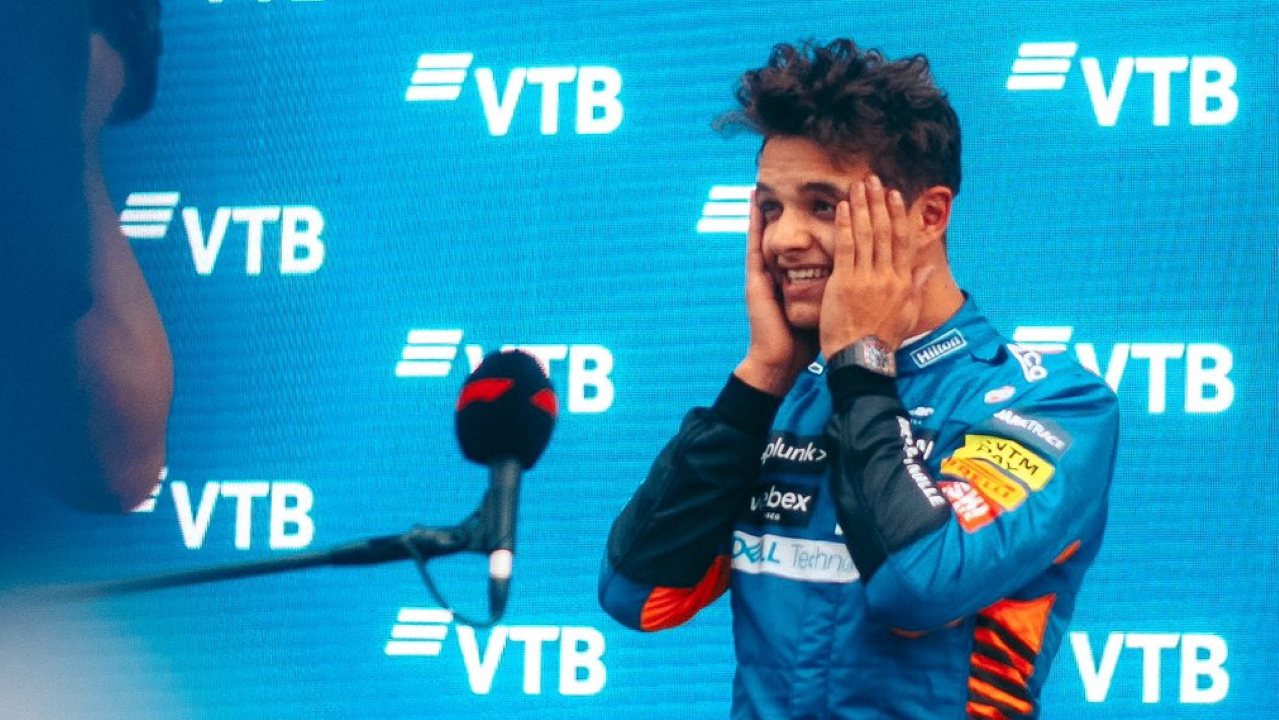 Knowing that you need to move to a different tire for wet driving is important, but not as much as knowing when the proper time to make the switch would be. Intermediate tires are much slower than slicks on dry pavement, so drivers do not want to make the change too early, or cars that opt to skip the pit stop can run around the circuit at faster speeds. On the flip side, if you stay out too long on slicks and the track is covered in water, keeping grip becomes near-impossible.

This is the situation that Lando Norris found himself in on Sunday afternoon. He was leading the race with only 7 laps remaining when the first droplets of rain began touching the track on the far side of the paddock area. All the drivers opted to stay out on the track as the time they lost slowing down for rain in the one section was still being outweighed by the speed they could make up on dry sections with the slick tires. Lewis Hamilton had positioned himself a few seconds behind Norris at this time, but it appeared that Hamilton did not have enough grip left in his aging slicks to pass Norris. 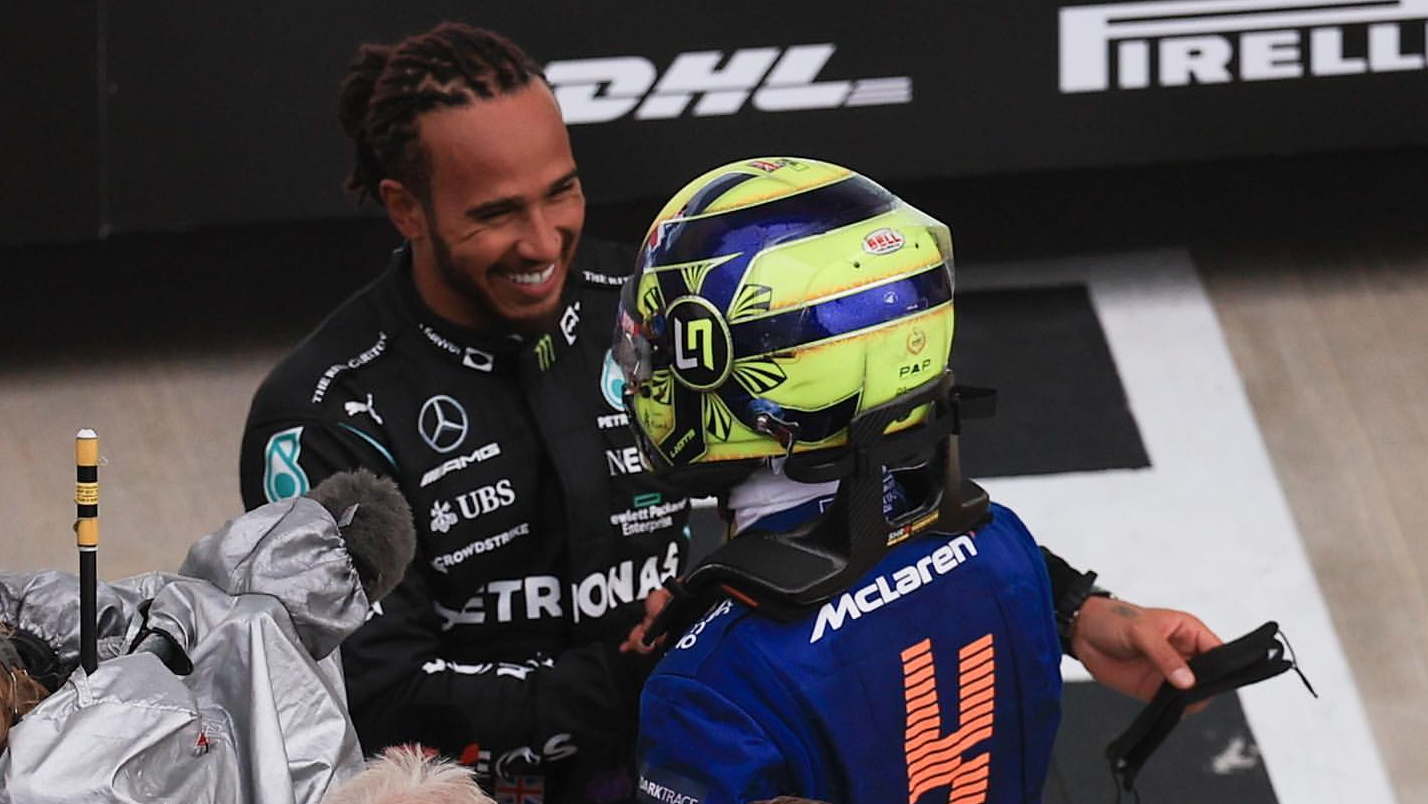 As the field came around the circuit again, the rain had extended to other parts of the track. Some teams called in their drivers to take Intermediate tires a bit early while Hamiton and Norris continued on slicks. At this moment, both cars were slower than those exiting the pits with new Intermediate tires, but they had almost a full minute lead on the car in third position, so both teams thought it could be possible to ride out the rain until the final lap. As Norris and Hamilton came around again with 5 laps remaining, Mercedes came onto the radio with Lewis and explained that the rain was going to get much worse very soon and asked him to pit. Initially, Lewis said he wanted to stay out (as all parts of the track near the paddock were still dry), but the team ordered him into the pits to swap out tires for a last-second push.

McLaren came on the radio for Norris at the same time and simply asked if he would like to swap to Intermediates. Clearly, flustered and in the most nerve-wracking situation in his life, Norris screamed “Nooo!” over the radio and continued into the final laps on slicks. At this point, he had more than a 40-second lead on Lewis Hamilton.

As luck would have it, the rain came hard. Norris began struggling to keep his car on the circuit, even at speeds less than half of what he had been running while the track was dry. Other drivers who swapped to Intermediates early were now flying around the track compared to the few slick holdouts.

In the middle of lap 51 of 53, Lando Norris attempted to guide his car through one of the early turns and lost all traction. His car slowly slid off the circuit into the runoff area while hydroplaning. At the exact moment, Lewis Hamilton was peeling down the straight towards this same corner and passed Norris, going on to take his second-straight win at Sochi.

Just like that, the dream of a Norris victory was gone. Lando ultimately finished in P7 once he got his car back on to the track and limped back around to the pits. It is a testament to just how far he was ahead of everyone else that he still managed a top-ten finish. That said, the results were devastating for everyone other than Lewis Hamilton and Max Verstappen, the latter of which managed to pull out a surprise second place finish after being forced to start the race at the back of the pack following an engine swap earlier in the weekend.

While the final results were a literal kick in the stomach after how the race played out, the future still looks bright for Lando and McLaren. With the 1-2 finish at Monza and a follow-up double points finish in Russia, the team is carrying lots of momentum into the next race in Turkey. Can’t wait to see how my heart will be ripped out of my butt when that time comes around!