As I continue my journey to share some of my favorite local Bay Area food spots I thought I’d take this entry to tell everyone a little bit about Fenton’s Creamery. This place is literally historic. Although the location has changed once since opening, it’s been hanging out in the Piedmont district of Oakland since 1894. The son of the founder invented Rocky Road ice cream along with a few other flavors, cementing the old-timey shoppe into the ice cream history books. 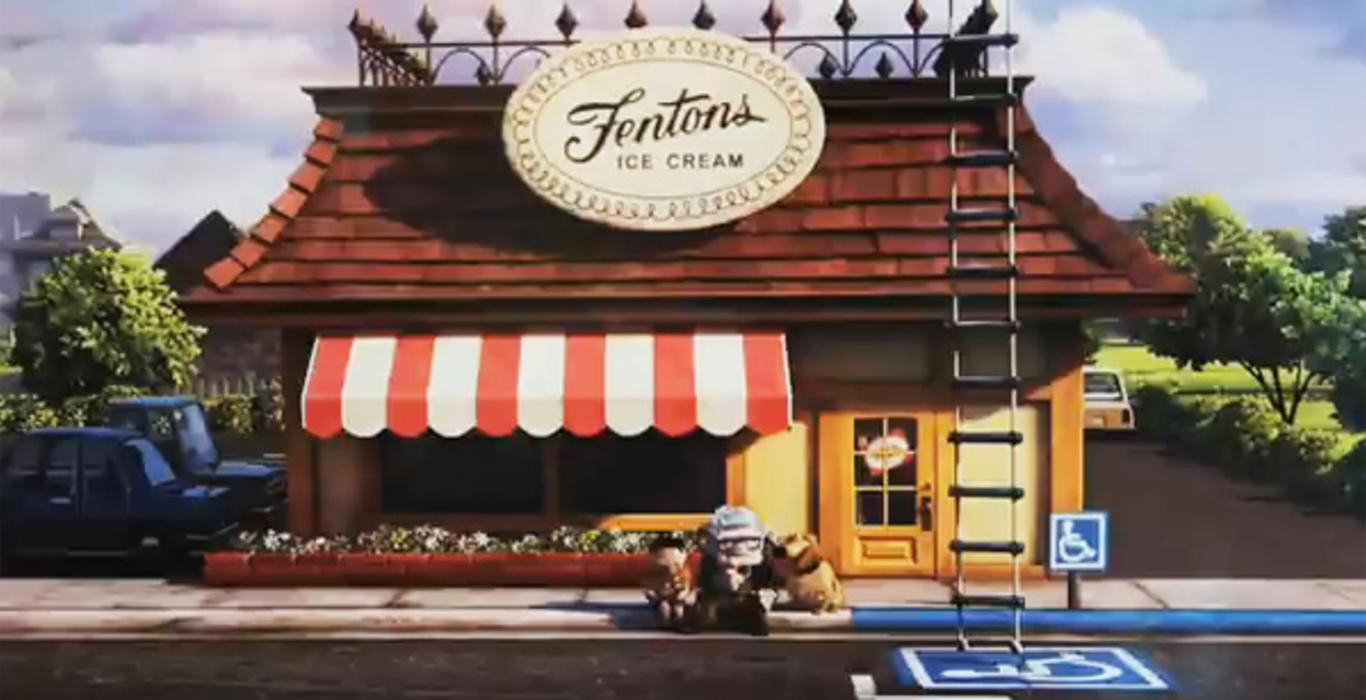 You may even recognize the name from its cameo at the end of Disney Pixar’s Up. Or maybe you saw the massive “Cookie Bowl 50” they made for Super Bowl 50 which, according to Wikipedia was, “a 10-pound sundae of 12 scoops of vanilla, chocolate and strawberry ice cream, plus boulders of Oreo cookies drenched in hot fudge, pineapple, strawberry, marshmallow, and caramel toppings, whipped cream, Oreo Crumbles and cherries—all served in a bowl made from Oreos.”

And, once again, it’s another spot that my grandfather introduced me to. He used to take my grandma here back when they were still high school kids for dates well before even my mom existed. So yeah, Morses have been eating here for at least four generations, if not more. 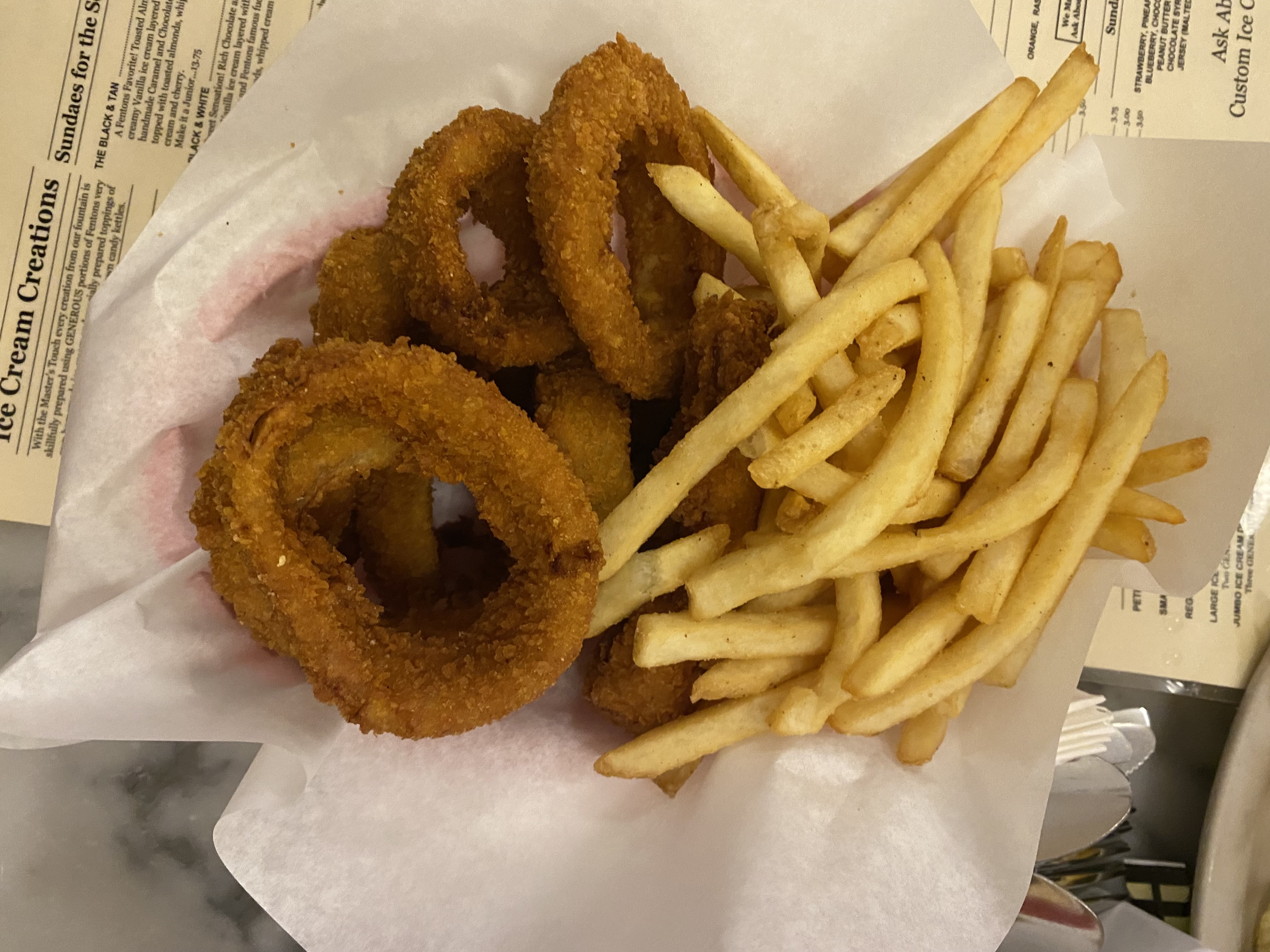 It is the embodiment of an old-fashioned ice cream shoppe experience. The decor has a classic diner/fountain shop vibe to it and large black and white photos of yesteryear adorn the walls. The place just bleeds old school vibes. It’s the kind of place where they ring a bell and bring everyone’s attention to the fact that it’s a very special birthday for someone’s kid and everyone cheers and sings along to the “Happy Birthday” song for them.

While the ice cream is definitely the real main course here, the classic diner food also shines through as part of that Americana experience. While they’re known for their famous crab sandwich, the last couple of times there I snagged a fried fish sandwich and a turkey club respectively. It’s simple and straightforward stuff, but it hits the spot if you’re itching for a comfort food experience. And man-oh-man their salads are MASSIVE, even in junior form. I also have to give props for any spot that has a basket of half fries, half onion rings on the menu. 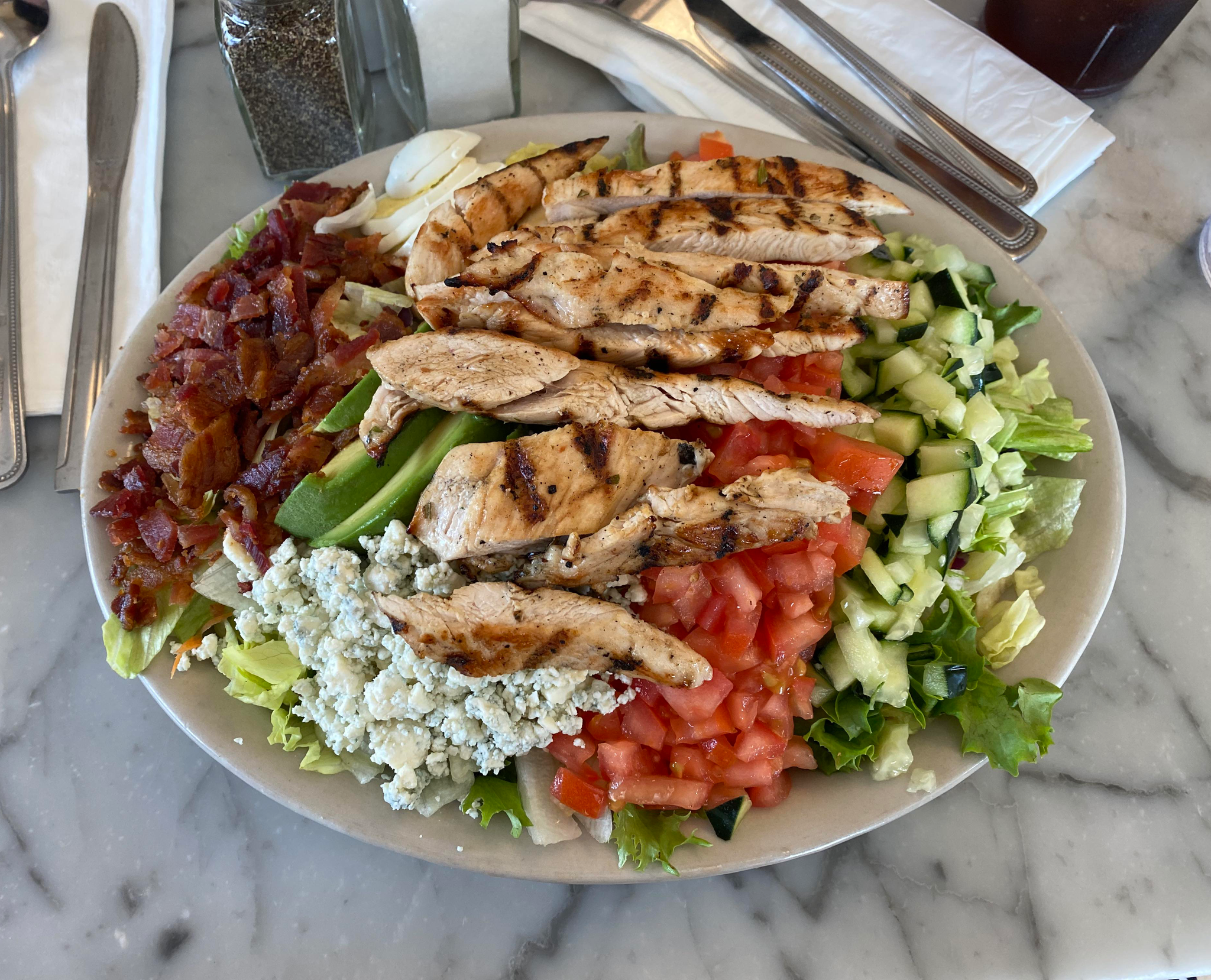 But let’s get to real star of the show here: Ice cream! Whether you’re into traditional flavors or looking to try something new, you just can’t go wrong with Fenton’s. This is like the ice cream you think of when you’re dreaming about ice cream. Rich, creamy, flavorful, melting on your tongue deliciousness. It’s just truly decadent yumminess. I had a friend come into town a few weeks ago and they love both diners and ice cream so I figured this was the perfect spot to take them. After a tasty meal we decided to order their massive banana split that they simply call “The Banana Special.”

The description of the Banana Special on the menu reads, “WATCH OUT! Tourists may take photos of you with this Fentons tradition! HUGE scoops, we mean HUGE scoops, of Vanilla, Chocolate & Strawberry ice cream cradled by a whole ripe banana. Bathed in pineapple, strawberry & chocolate fudge. Topped off with almonds, whipped cream and cherry.” And goddamn if it isn’t one of best things I’ve ever eaten! Just massive piles of ice cream and flavored syrups with real fruit chunks in them! Between three people we could only eat about half of it (they have to-go boxes for their ice cream though, so don’t worry, we took it home.) And believe me, we tried very, very hard to finish it. And that’s just one of the many deliciously decadent desserts to try there. 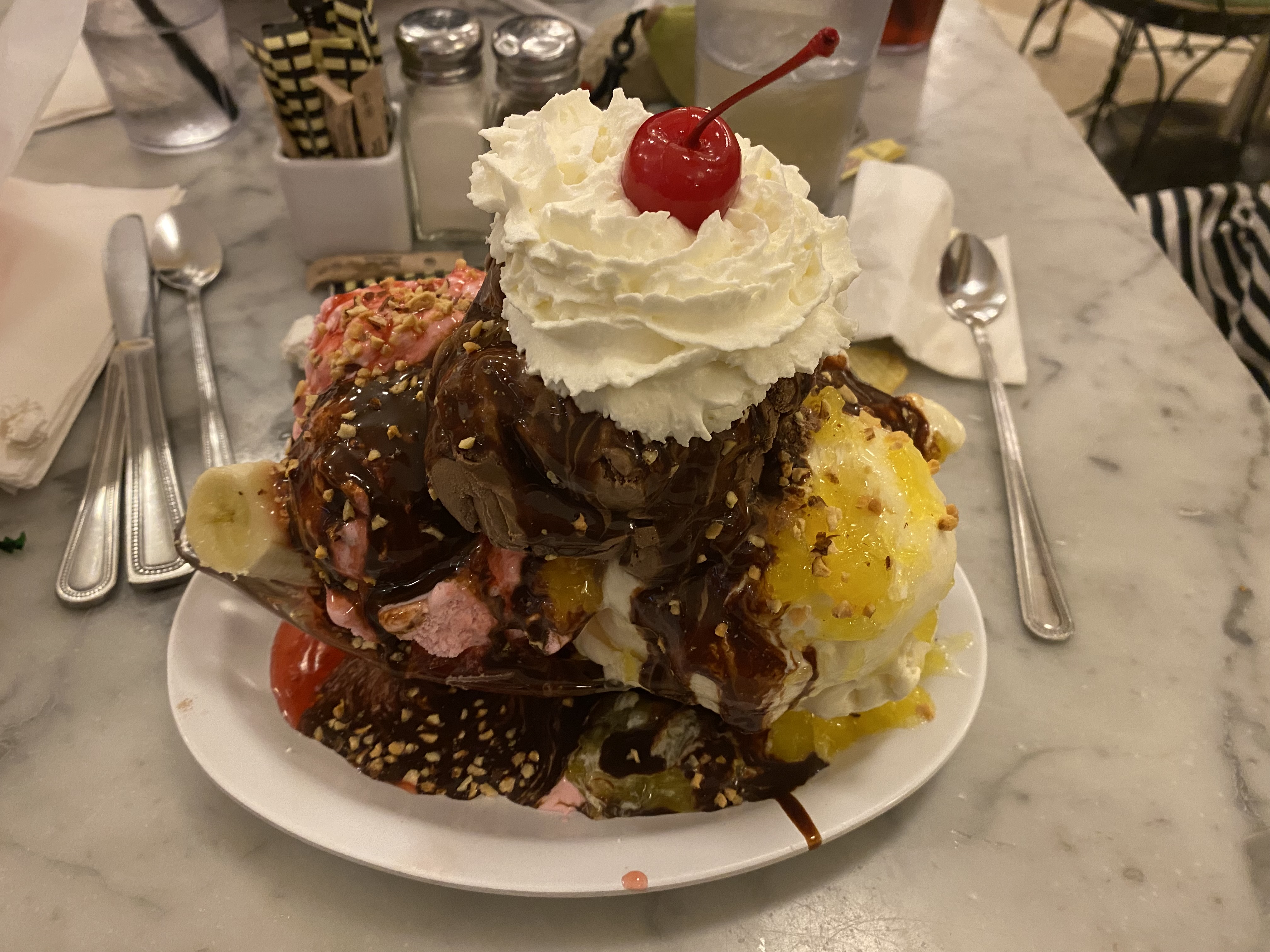 I’ve had a lot of their confections over the years, but I think their “Saddleback Brownie” is probably the richest thing I’ve ever eaten. The menu states the following about the Saddleback: “Oh, this one is for you! A large chocolate brownie under two generous portions of Vanilla or Dutch Chocolate Chip ice cream topped with Hot Fudge, almonds, whipped cream and cherry.” You may hate yourself for several days after trying to cram this one down your throat, but it’s the best kind of regret, the kind that involves sweets!

Unless you’re tragically lactose intolerant, you owe it to yourself to give Fenton’s a try the next time you find yourself in the Bay Area. The Oakland location is probably the one I'd try, but you can also check them out at the Oakland Airport if you’re on the go or stop by their newer Vacaville location. Bring a friend and tell the staff it’s their birthday if you want to embarrass them!