So, during the pandemic, LEGO Super Mario came out, right? I picked up the Starter Set and a few more because I was stuck at home, have always enjoyed the idea of LEGOs, and had plenty of time on my hands. The Bowser's Castle Boss Battle set actually came out a while back, but it was easily the biggest of the bunch by far at the time (1010 pieces - the Starter Set is 238). I just kind of sat on it for a while because I didn't have the space to build it. Now, recently, I do, so I did. As a major Bowser fan, I'd like to share what I built and how it compares to the rest of my LEGO Mario experience so far. 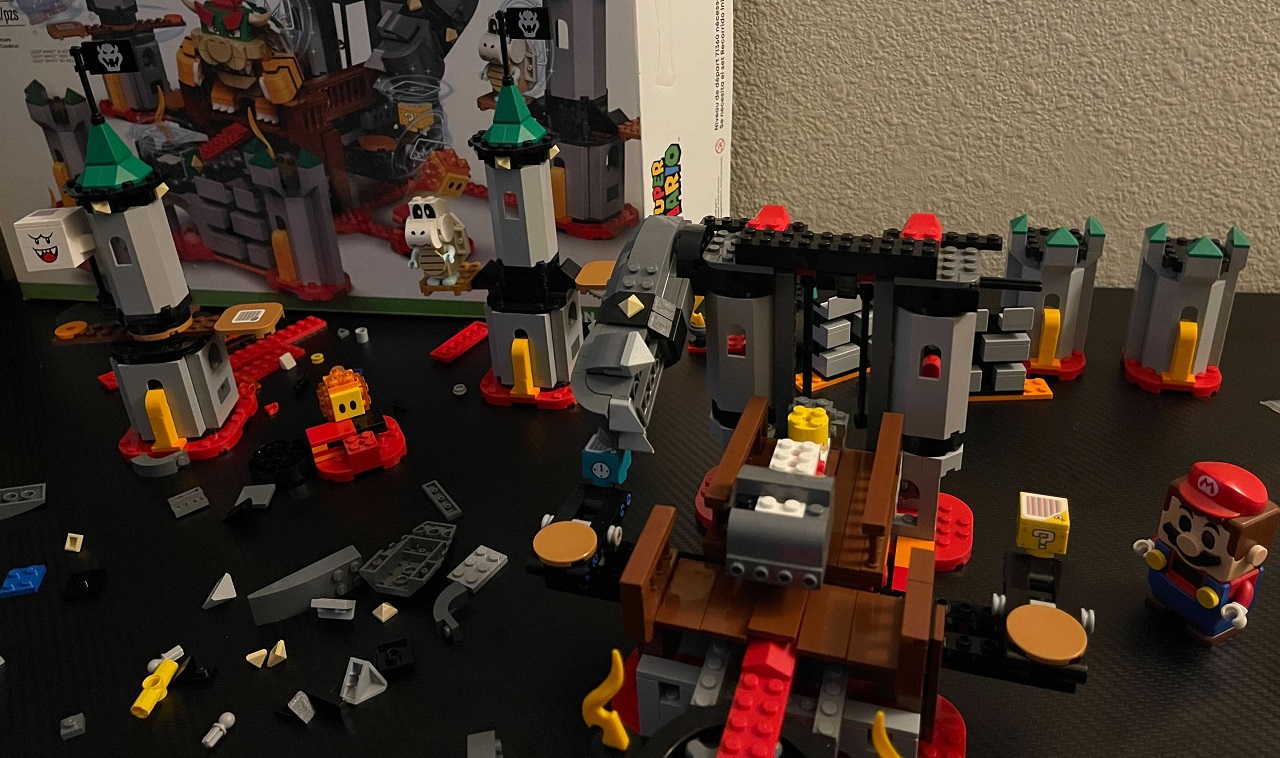 The Bowser Castle set contains the following: An entrance pedestal, front castle wall setup with turrets, a little fireball Podoboo character and platform setup, a tower and seesaw platform obstacle with a Dry Bones character, a tower and spinning mechanism obstacle with a Boo character, a bridge with various moving mechanisms and item boxes, a giant mecha Bowser with several moving parts and swinging arms, and a buildable big, bad Bowser himself.

The set came in an arrangement of 11 packages containing either entire sections or parts of the props listed above. I built it over the course of about 7-8 hours with instructions from the mobile LEGO Super Mario app, but I was also pretty casual and took my time with it. One thing I will say, there are only a handful of pieces with replacements or extra, so you'd do well to keep track of anything lest you lose a piece you need for any part of the build. 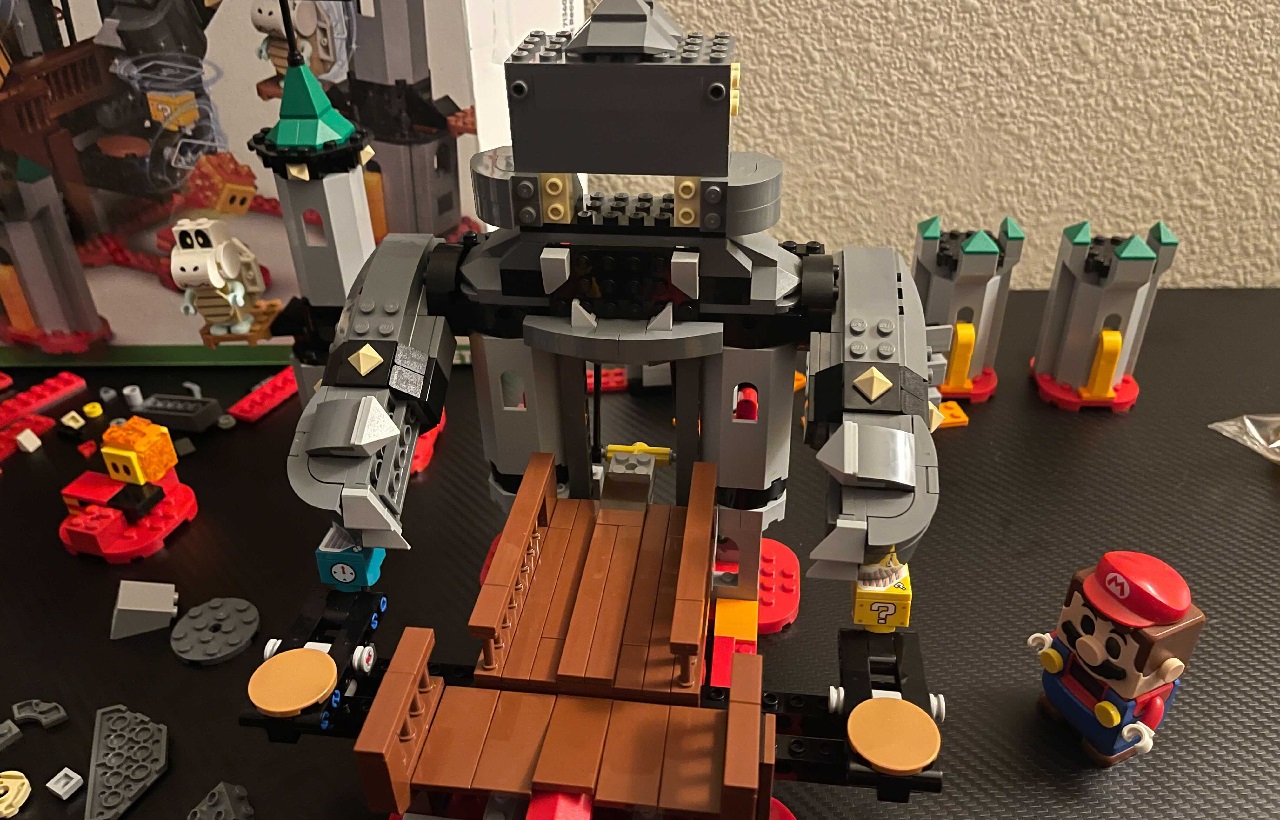 I really liked the progression of this set. It has you build from the very outside starting pedestal, to the castle walls, to the tower obstacles, to the bridge and base for the Mecha Bowser, to the Mecha Bowser itself, and finally Bowser. If you go by the numbers, it always feels like you're building the next coolest thing in the set.

There's one surprising exception. The altogether greatest highlight of this build was not Bowser, though building him was fun. It was the Mecha Bowser. Seriously, it was like building a Gundam, only it's a giant Bowser, and you build a lot of mechanisms that form the foundation of this part. When you finally put the Mecha Bowser components together and get to see where things are headed, it's a great feeling of realization. The arms swing up and down and actually affect the bridge below. The only thing I felt missing was I wish the Mecha Bowser's mouth articulated like roars or something. 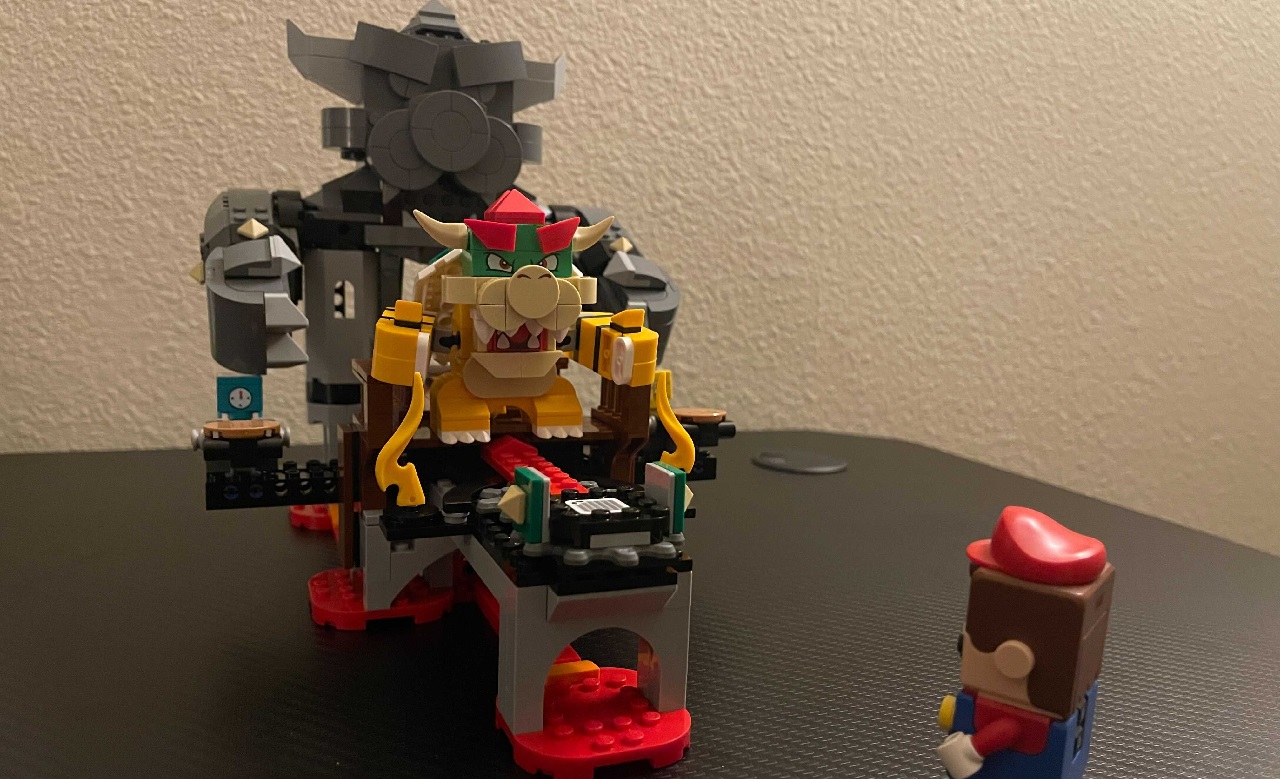 Bowser himself is great, but just a little disappointing to me. His shell, head, and feet are fun to build and his arms articulate for some posing, but he has no midsection. Bowser is a bulky fella from head to toe. I think they could have given LEGO Bowser more of a belly. The hands are also kind of disappointing. He has a white knuckle piece on each hand that is just rounded out and hollow instead of claws. Meh. He has sharp pointies for his feet claws. They should have given him similar claw pieces for his hands. Still, he's a pretty good build otherwise and a great opposite build to the LEGO Mario figure. 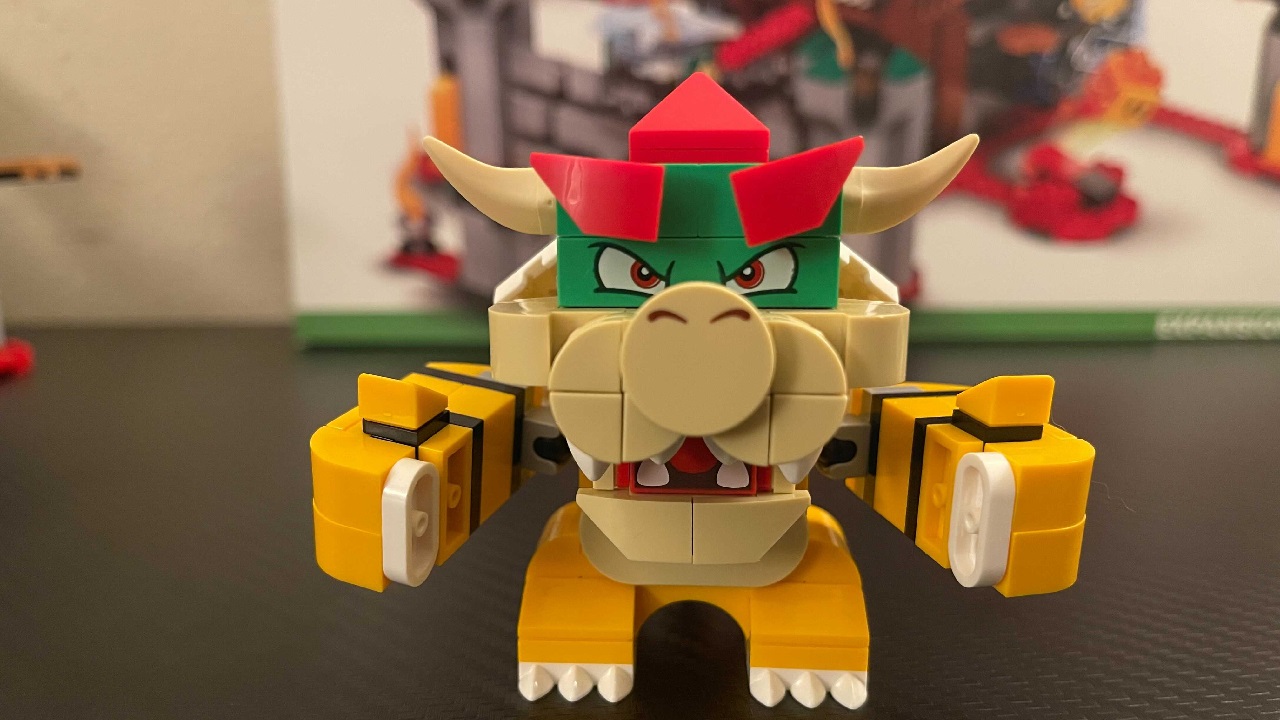 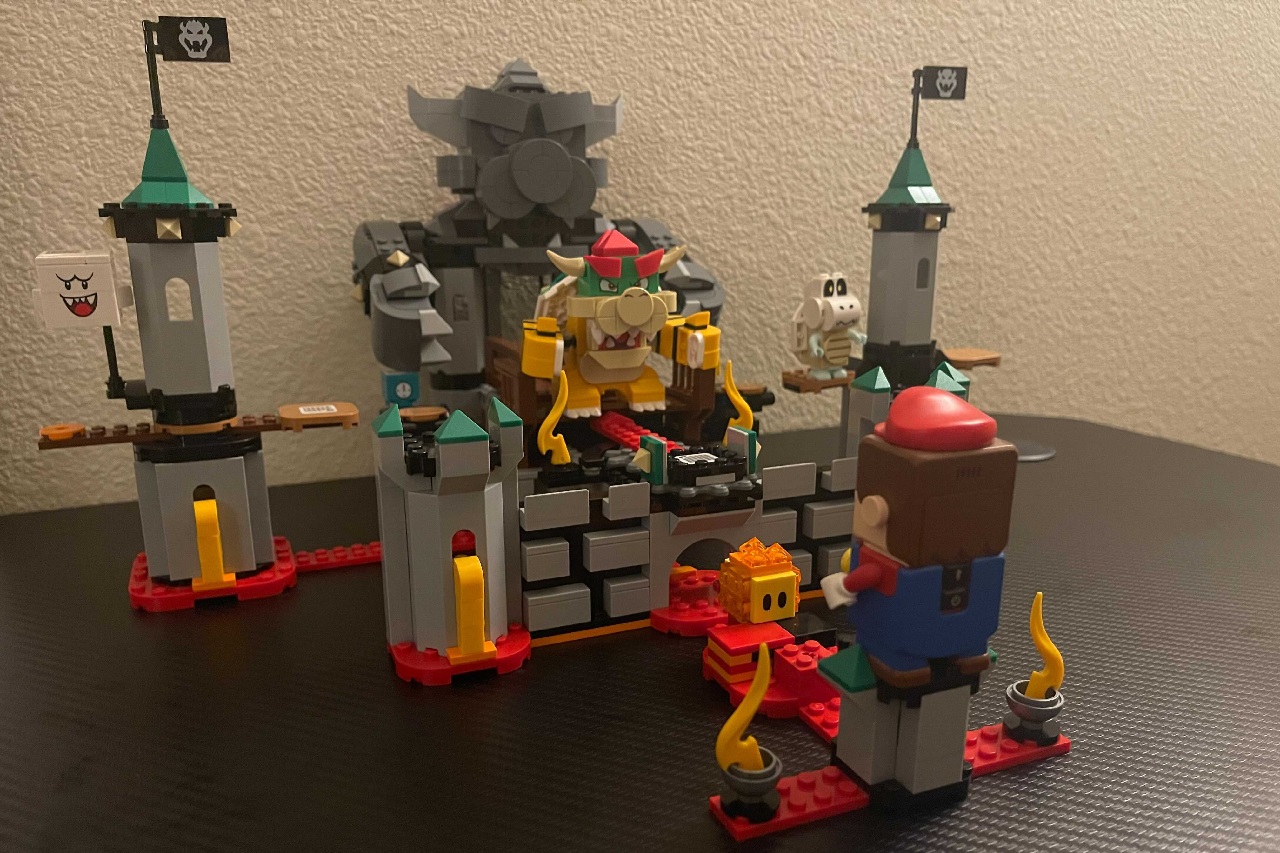 There are things about this set that are both the best of the LEGO Super Mario series and go against its core philosophy. LEGO Super Mario is like Super Mario Maker. Most of the sets have been props and obstacles that can be arranged and mixed into your existing LEGO Mario sets to build your unique LEGO levels. The Bowser's Castle Boss Battle set feels more like a self-contained set piece or a supermassive prop. It all fits together to form a very thought-out environment in a way the other sets don't.

It's not that I don't think that certain props of the Bowser's Castle set couldn't be mixed into the other LEGO Mario sets. You can easily put the turret, wall, and tower obstacles with your other level building if you wanted. The bridge and Mecha Bowser is one solid piece though. You can't break that apart and I don't think you'd want to. Still as a whole, I think it's the flashiest set I've build from the LEGO Mario Series so far and it will now be lurking prominently in the background with the rest of my knickknacks during streams. 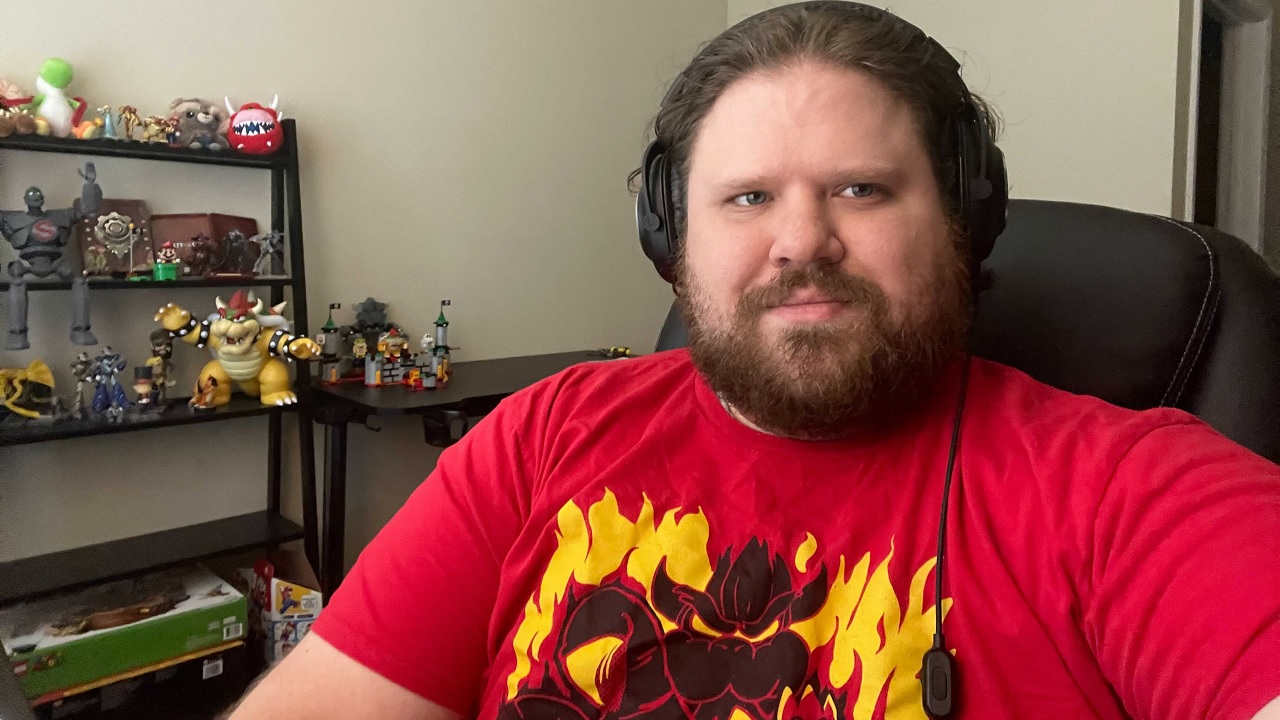 Cool castle, super rad Mecha Bowser, and a pretty okay LEGO Bowser... all-in-all, a pretty satisfying build. This set runs $99.99 from the LEGO store and doesn't include Mario or Luigi. You'll need them from their respective Starter sets to do interactive LEGO Mario stuff.

More than 3x the pieces of the LEGO Mario Starter kit

Mecha Bowser is a blast to build

Bowser himself is a slightly disappointing bulid