We're under a month removed from the launch of the first Guilty Gear Strive Season Pass 1 character, the powerhouse coffin-slinging Goldlewis Dickinson. That said, with EVO 2021 this weekend and the Guilty Gear Strive finals going on, we were bound to get more news for this exact occasion, and so we did. Arc System Works revealed that Jack-O' is returning to the playable roster. Given her prominent place in the game's Story Mode and the fact that Arc System Works said this character slot would be a returning one, this was kind of a no brainer, but Jack-O's playstyle is looking quite a bit different from her Xrd appearance. Check a look at the trailer below.

Like Goldlewis, Season Pass 1 holders will get to play Jack-O' a few days before everyone else on August 27. She'll become available to everyone on August 30. Let's analyze what it looks like we're in for with her from the trailer.

Some background on Pumpkin Gal 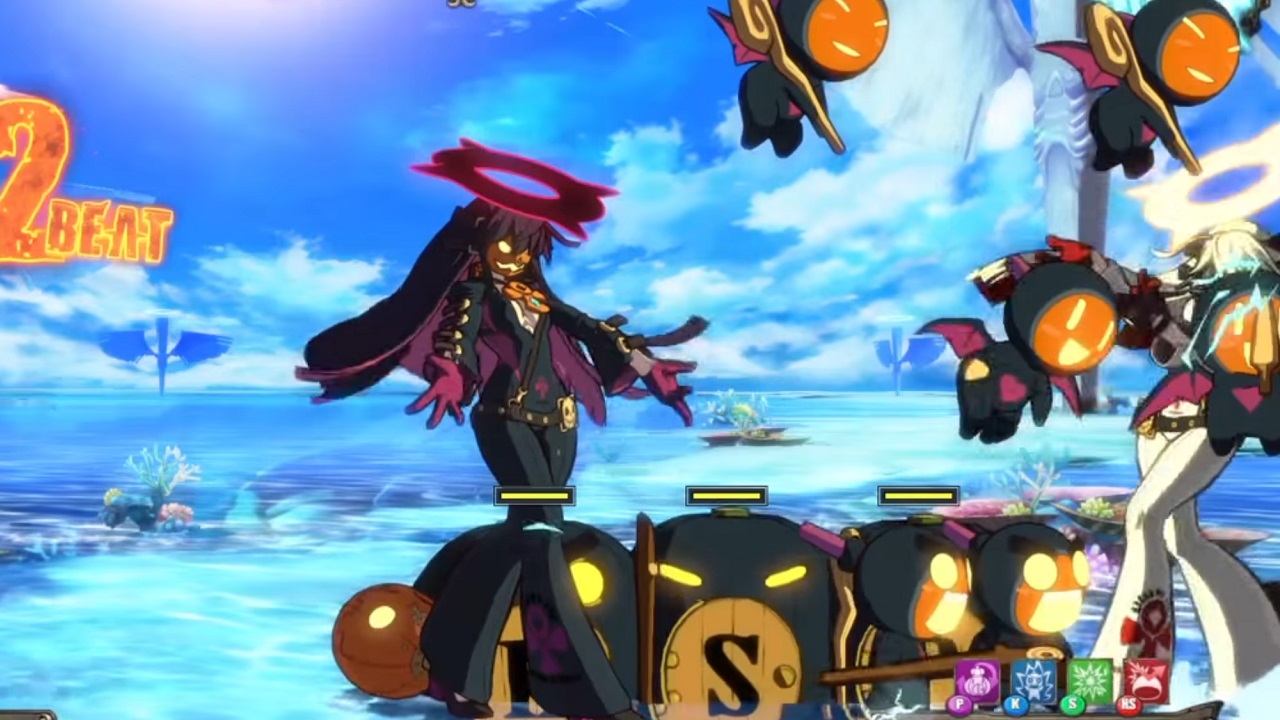 So right before we dive into Strive's version of Jack-O', let's talk about where she came from and what she does. Jack-O' has a very unique playstyle in Guilty Gear. She can attack players directly, but she can also summon tiny minions that approach foes slowly and pluck away at their health with small attacks when they reach them. In Guilty Gear Xrd, she spawned these minions in tiny huts that she could place and also move around. She could even throw them at foes as a projectile attack. The minions themselves could also level up and upgrade their speed and damage if the huts stayed on screen long enough and there were ground, mid, and high minions based on if you deployed a hut from the Punch, Kick, or Slash buttons.

In this way, Jack-O's biggest strength by far is overwhelming foes with a barrage of her own attacks and minions to keep chipping enemy health away as they try to chase her down. It could take some effort and skill to put huts up and keep them deployed properly while also defending against opponent aggression, but once Jack-O' tools were in action, dealing with her and the minions was very, very difficult. 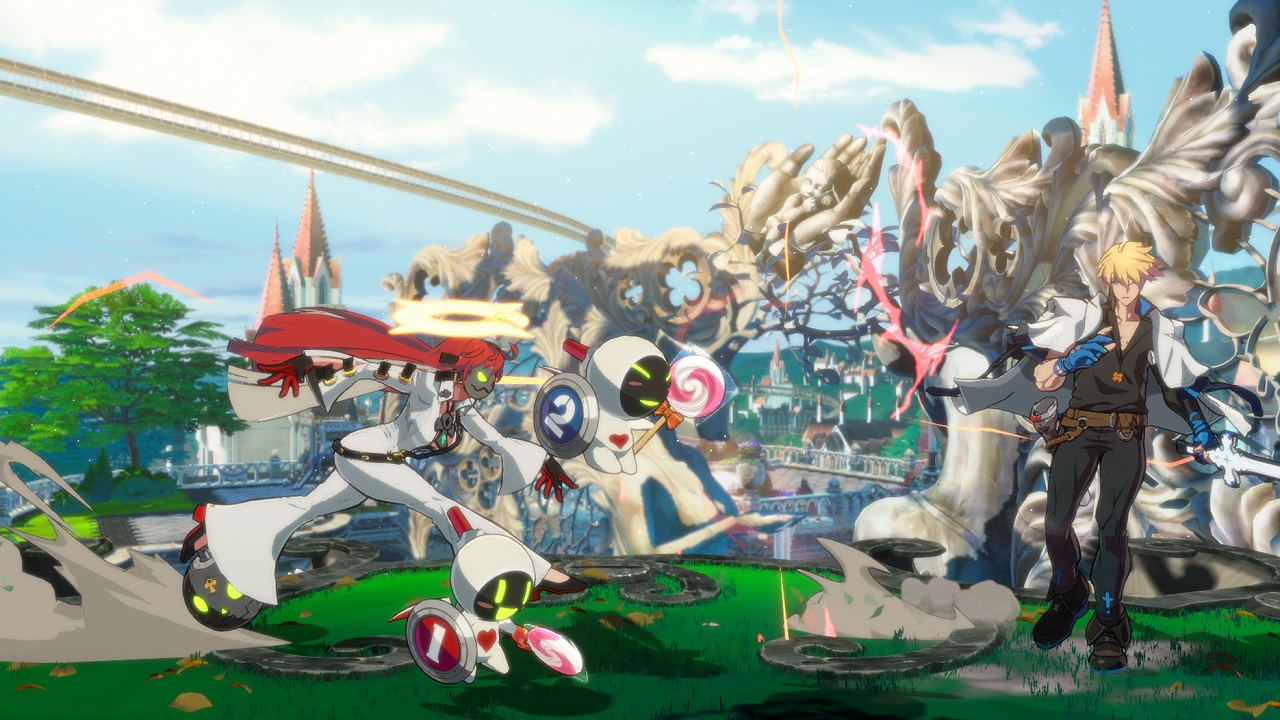 So then, looking at the trailer, it's easy to see right away that Jack-O's minion playstyle has stayed at least slightly intact. She can still use them, but her methodology for deploying and attacking with them has seemingly changed drastically. The minion huts appear to be outright gone, and where she could deploy six minions (two per Kick, Punch, or Slash house style) in Xrd, she appears to max out at three in Strive. In Xrd, she also used to be able to pick up the huts and relocate them either by placing them down again or throwing them forward, potentially harming opponents as a projectile. That's also obviously gone with the lack of huts.

The trade-off here is that Jack-O' appears to be able to interact far more directly with her minions in battle. In the trailer, we saw her directly deploy a minion and then straight up punt them at the enemy as a projectile. A, that sets up projectile pressure, and B, it puts the minion in range to start attacking the opponent if they don't move immediately. Moreover, it seems like there are different projectile properties on the minions. In one various, Jack-O' bounces a minion off the ground, but she also immediately launches another minion into it, bouncing them off each other off in a chain reaction to strike opponents in unique ways. 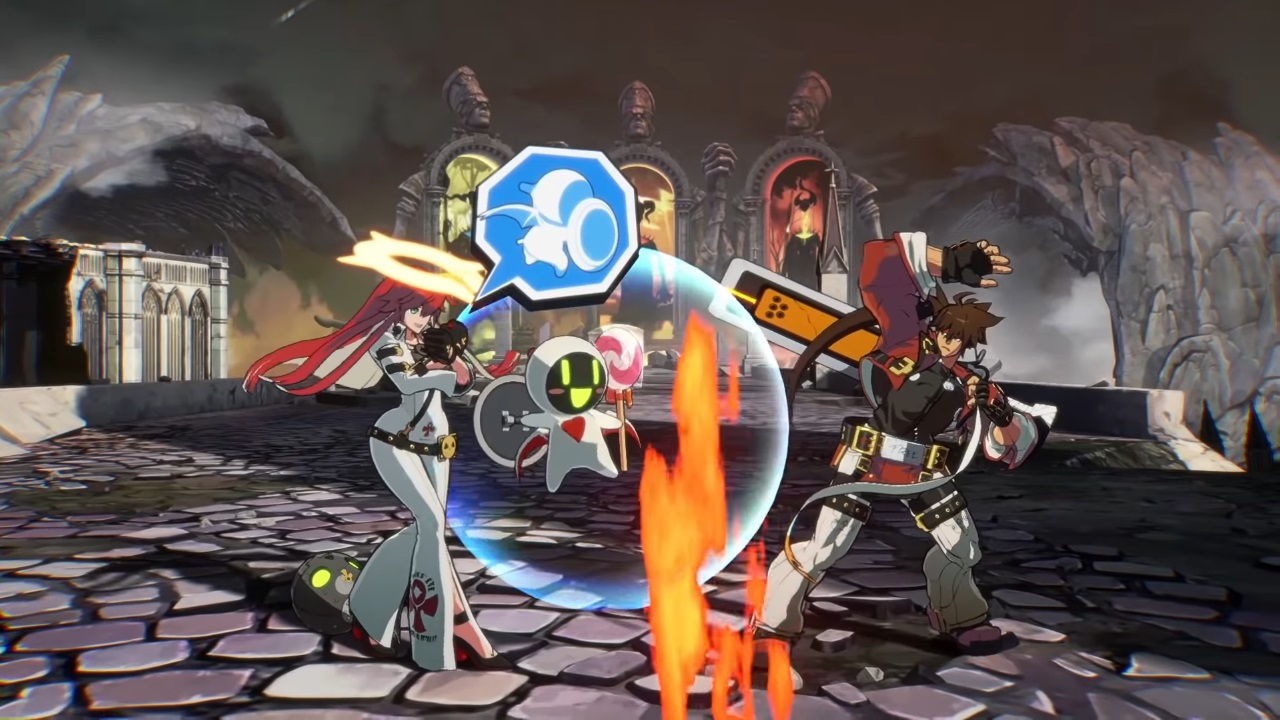 It would also appear that another feature of Jack-O' is intact. She could issue commands to her minions in Xrd that caused them to attack faster or even explode. In this trailer, we see her set a three second timer on one minion and then combo her opponent up before kicking it at them where it blows up like a small bomb. Another moment shows her issuing a blue command in which the minion deflects an opponent attack. With this in mind, it seems likely that other minion commands will also probably return.

I'm also glad to see a lot of her star normals are looking intact bacause that was a big part of Jack-O's pressure as she set up the minion swarm. Her diagonal ballchain strike, forward spinning ground sweep, and stretching low kick are here. I hope her advancing ball chain spin on forward Hard Slash also makes a return, but it didn't appear in this trailer. 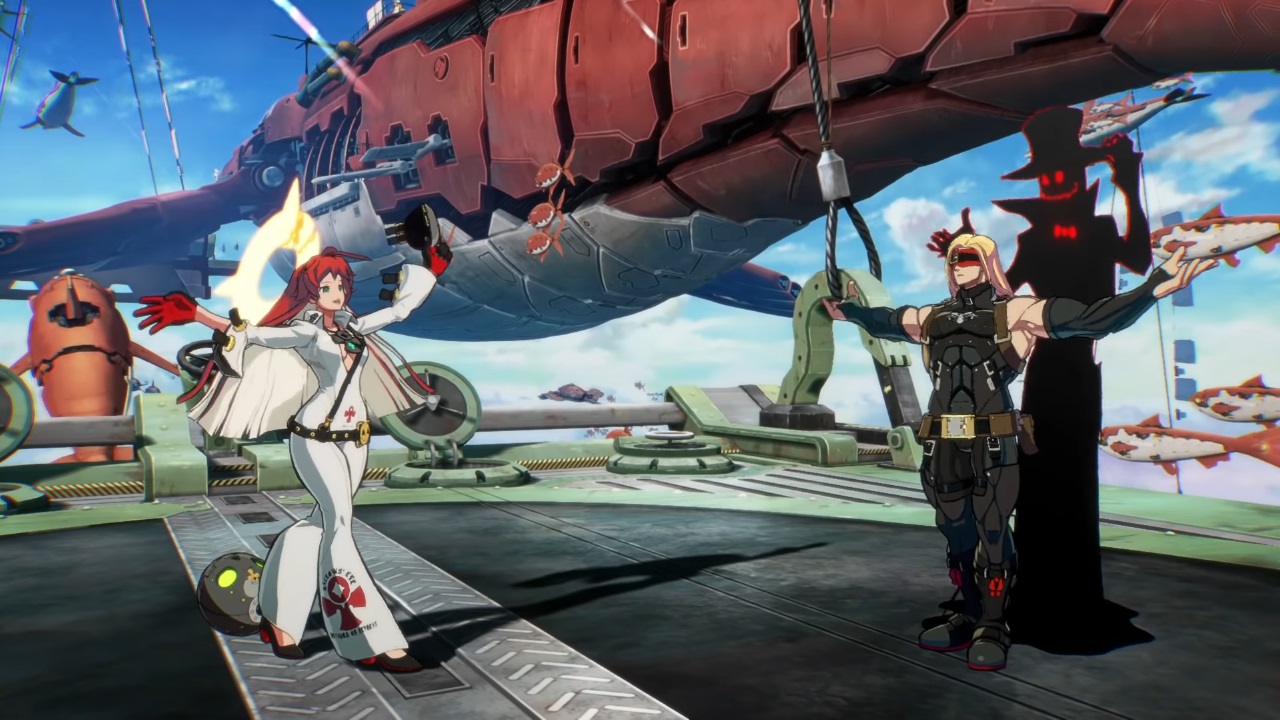 One last thing of note that did appear in this trailer is that Jack-O' can now apparently take her jack-o'-lantern mask off in battle. She always fought with it on in Xrd. I'm curious to see if this means she has two states of battle that affect access to her attacks and abilities or if it's just a cosmetic thing. 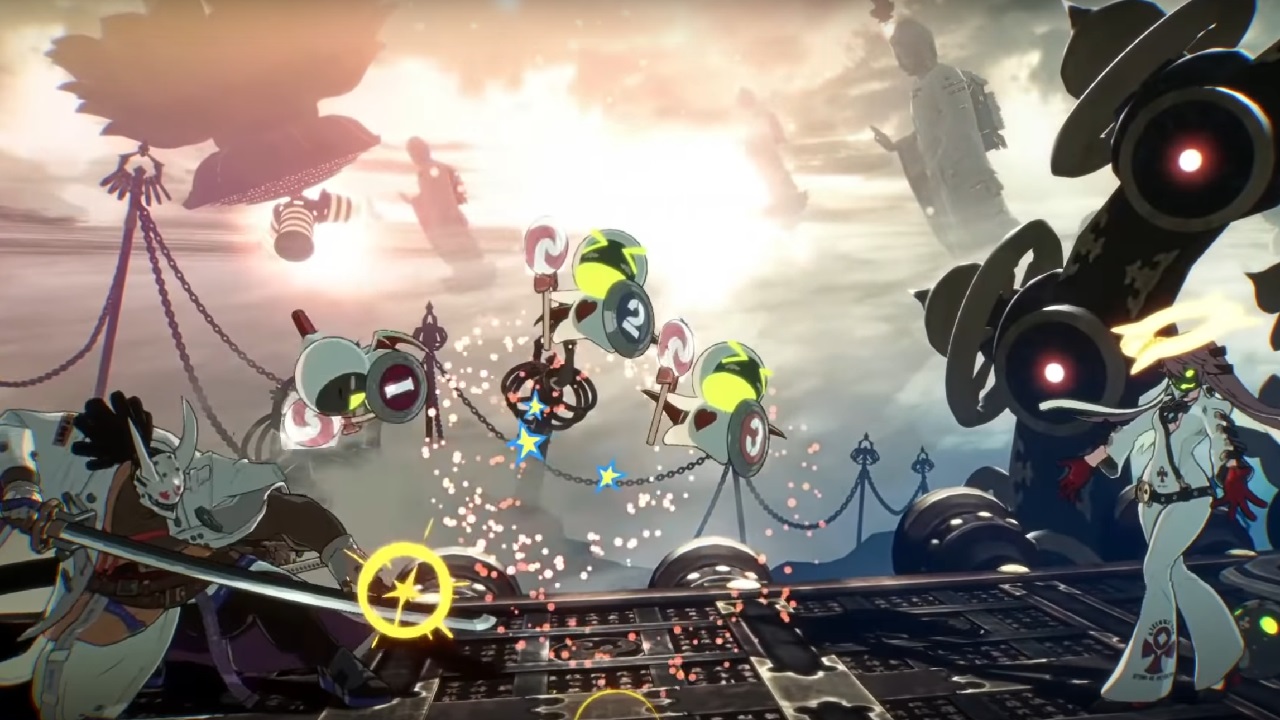 I feel like previous Jack-O' mains are going to have some work to do in relearning her without minion hut placement and being able to throw said huts for pressure, not to mention cutting the total number of minions from six to three. However, I still feel like she's going to be a swarm queen that can really overwhelm opponents when all of her tools are in play. Her normals are weird, her minions can now be kicked right into opponents, and she can even launch them at weird angles to mess with any "safe" approach. Then there's the fact that you can command the minions to do things like deflect attacks or explode.

You're going to have to fight for the breathing room to set her up proper, but I feel like Jack-O' still provides one of the most interestingly oddball playstyles around. Get the minions out there and this fighting game suddenly becomes a Zerg rush. 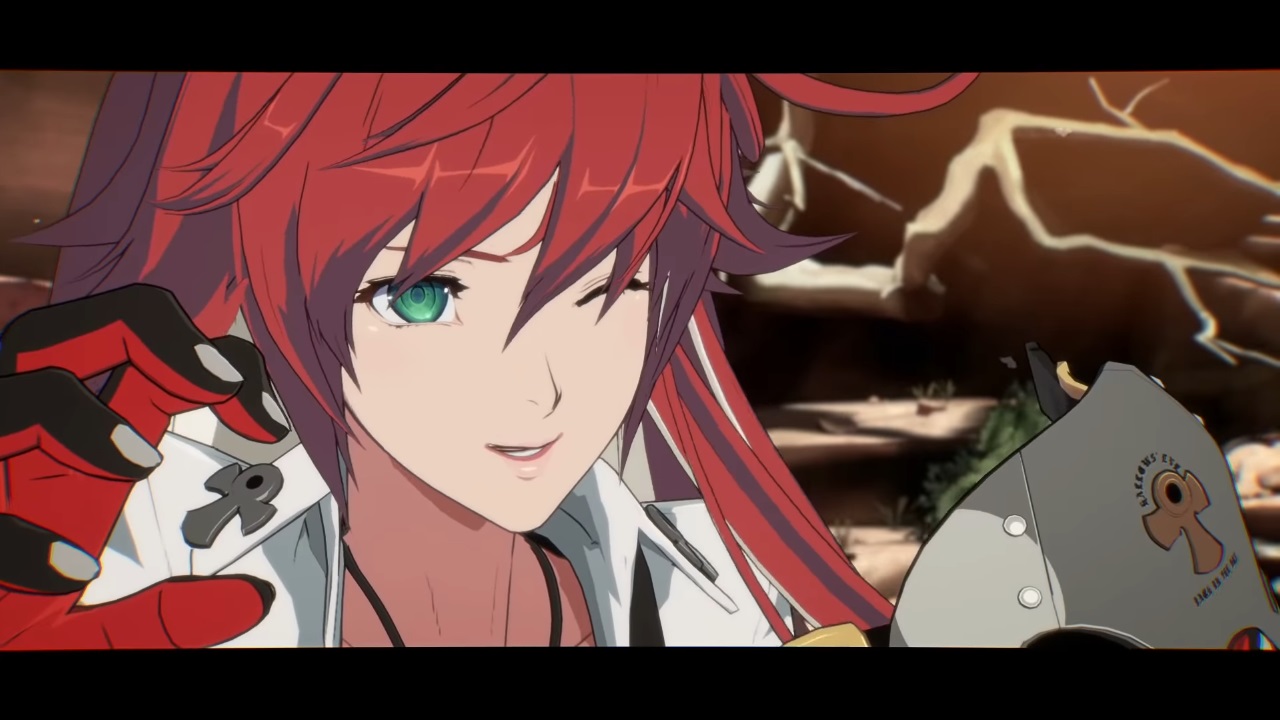 So that's my take on Jack-O' so far. Likely, we'll see an official movelist/starter guide video from Arc System Works soon, just like we did with Goldlewis. Nonetheless, what do you y'all think of the character? Do my predictions seem apt? I guess we'll find out when she lands on August 27.