Sakuna opens with a couple minute cutscene as many games do and a quick jog through a tutorial level.  After which you're greeted with another cutscene that sets up the actual plot of the game and a second tutorial level which honestly mostly goes through the same action scenes again.  This is all well and good, but the half of the game that makes this more than just an brawler/platformer unfortunately doesn't get the same detail, at least initially.  After those brawler section tutorial levels you end up at your primary residence for the game, which is where the whole farming section of the game takes place. You're greeted with a very brief "plant some crops" tutorial, given some general guidelines, eat a bad meal which sapped away the rest of my "fullness" meter, and then left more or less to your own devices. 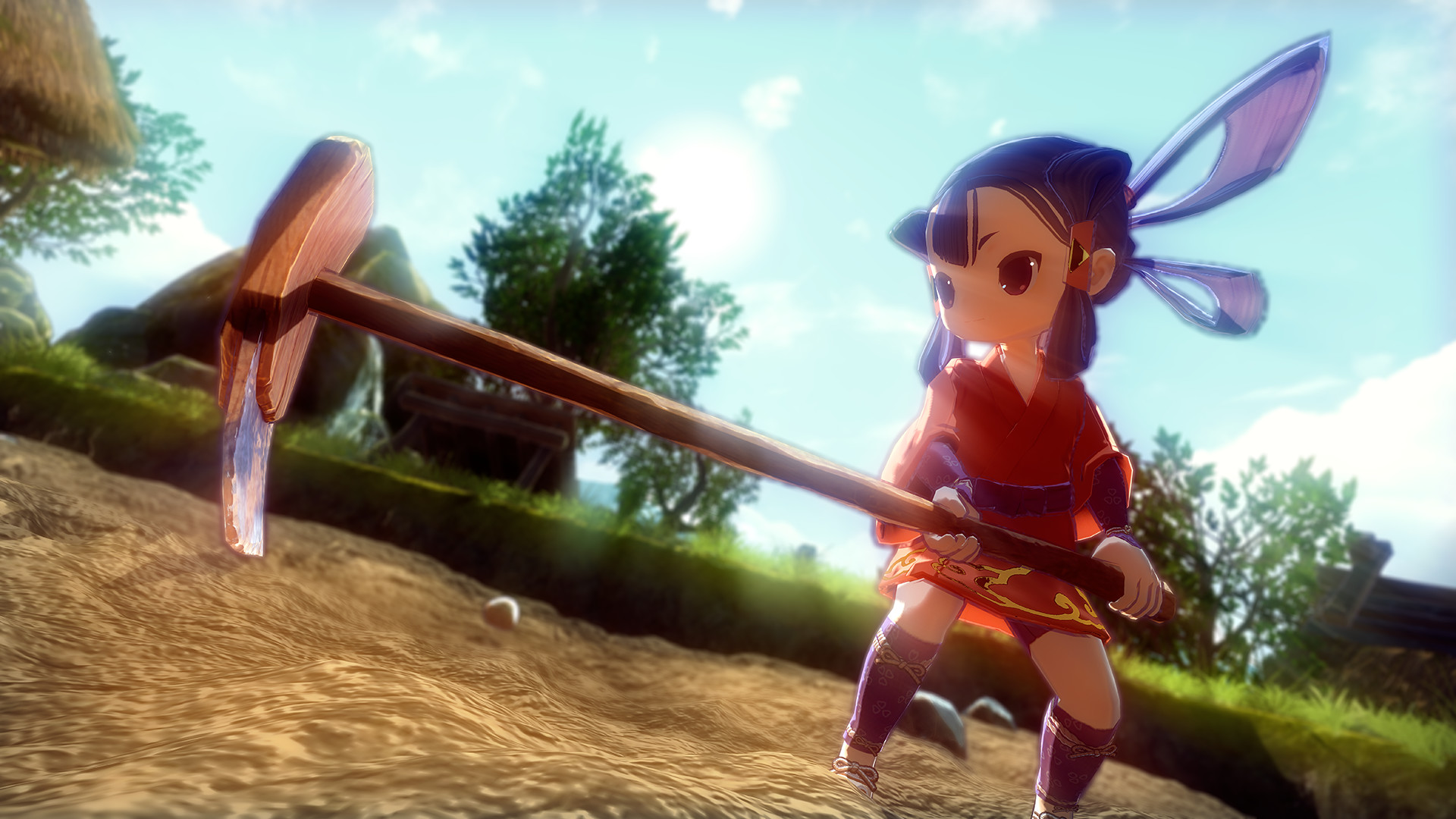 It's a farmer's life for bratty goddesses

I've almost always had a middling relationship with XSEED games.  In general I enjoy their design (Wild Arms in particular) and that's no different here.  There's always a little bit of awkwardness though and this game doesn't change any of that for me.  Movement is fluid and the animations are lovely so far but there are a few oddities surrounding the divine raiment moves.  I'm still getting used to the combat itself and walking backwards when planting is odd as the camera slowly tilts moving you off course along with it.  There's a lot I still have to learn about the stuff I'm picking up and how exactly they're supposed to be used, here's hoping that there's some more explanations on the way.

Most annoying is probably how much you find out in the game just by it happening to you without any explanation.  Lots of the ingredients you pick up can and will spoil, quickly.  This means recipes will likely need you to learn not only where to pick up the ingredients but how long they last so you can "farm" them accurately.  About half my ingredients so far have spoiled without me being able to use them at all.

Then there's the Fullness meter, which without being able to cook, dwindles away till you're hungry and then your health doesn't regenerate like it normally is supposed to. This would be fine if I could eat certain raw ingredients or cook anything from the start but so far not only do I not know how to cook anything the only person who has cooked anything took away the rest of my fullness meter, which leaves me with everything being more difficult than it's apparently supposed to be. 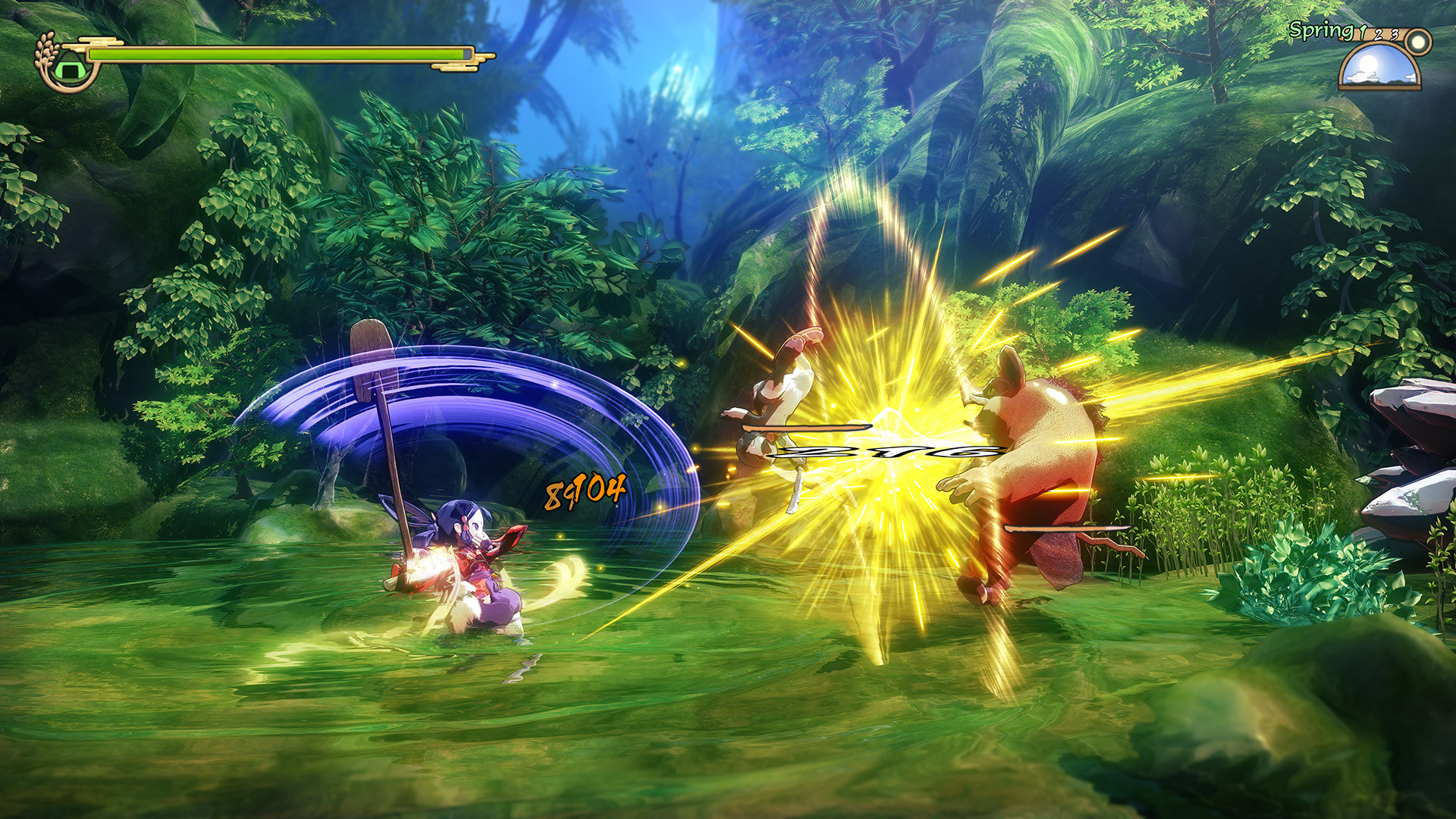 Also, I have continuously found these snails, frogs, and spiders around the farmstead.  Each one increases a unique percentage meter that I don't know what it's supposed to do or even if it's beneficial or detrimental.  Any instructions at all, even a little pop up regarding what they're there for, would be greatly appreciated XSEED.  Here's hoping that stuff comes in a future patch.

All in all the story is pretty cute so far, the action is fun if not immediately intuitive, and I'm sure I'll eventually figure out the farm life segments even with the lack of instructions.  I have enjoyed the character development as well, what I figured would be a game all about the main character has had a surprisingly developed supporting cast with the humans that stay in the farmstead along with you. Stay tuned for a full review once I eventually hit the end credits. 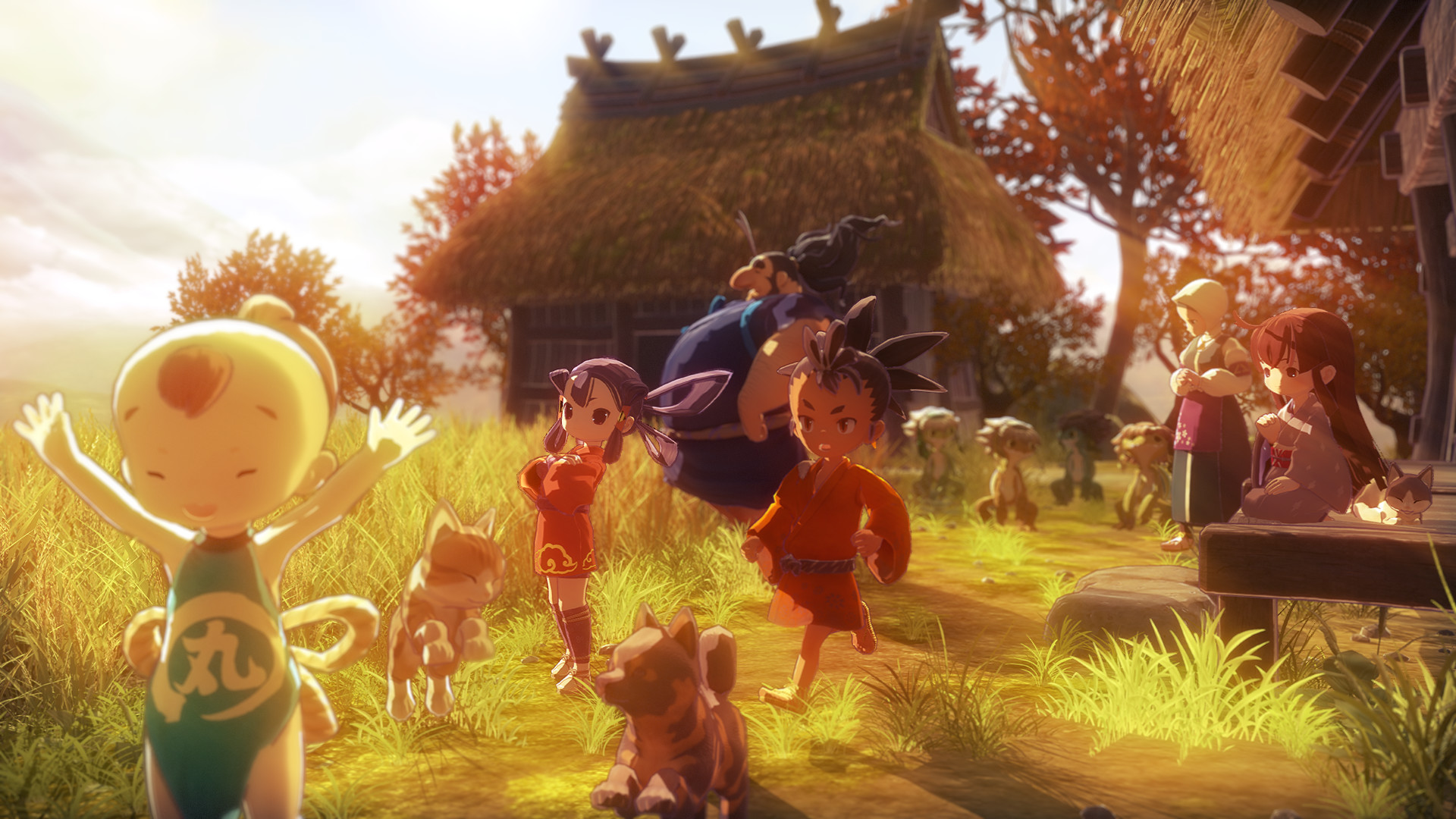