Red Dead Redemption 2 isn't a short game, and I've still never gotten to 100 percent completion, so I'm back with another pile of screenshots and the stories behind them. There are story spoilers ahead, so don't read them or continue on if you're concerned about that. 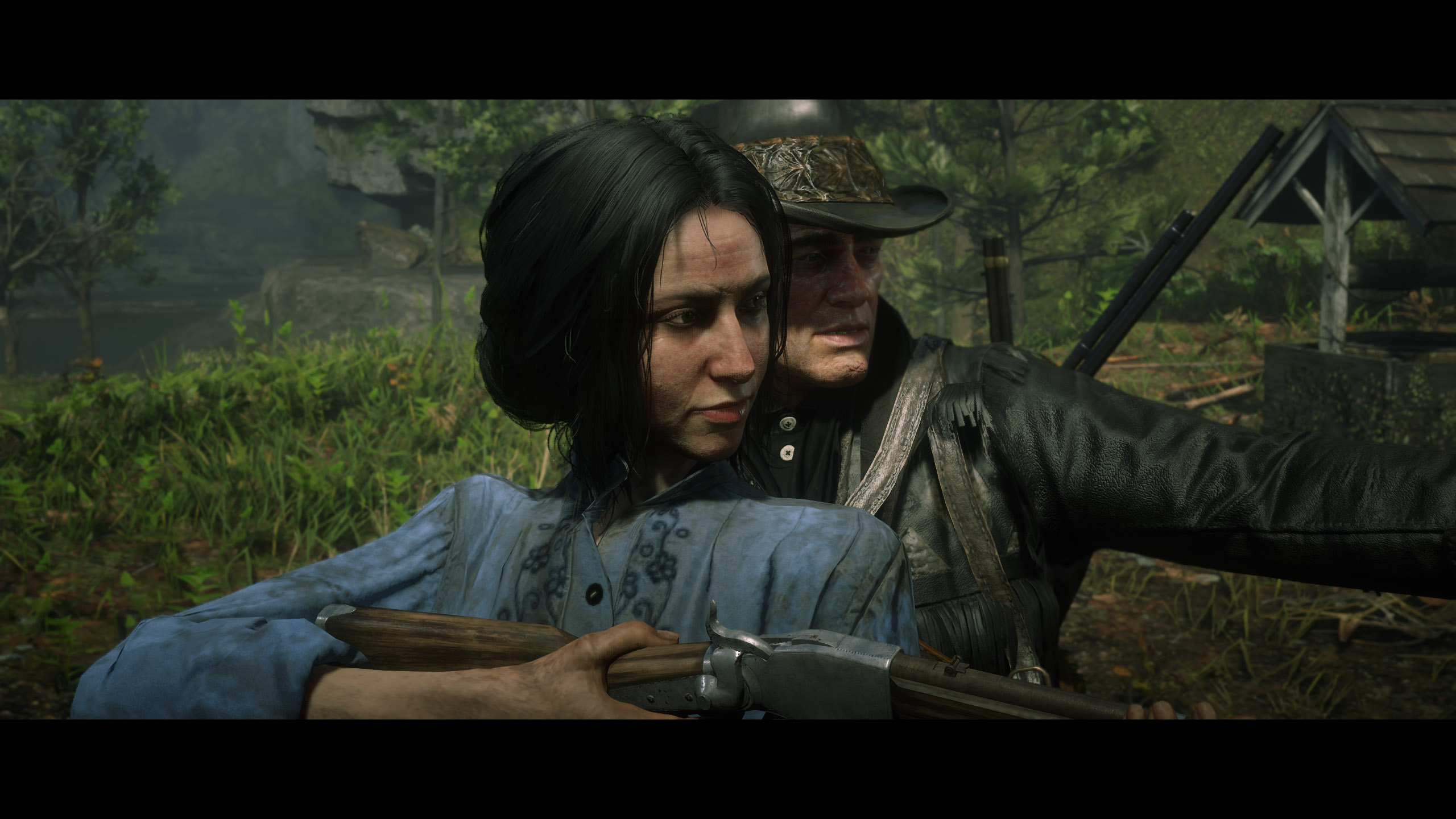 Last week I had a screenshot of Arthur and the love of his life, Mary, but there's another woman who makes a brief appearance in Arthur's journey. Charlotte Balfour, a widow who moved to the wilderness with her late husband. He died by bear attack and Charlotte is barely surviving as she doesn't know how to hunt or take live off the land. In Chapter 6, which is the redemption chapter in the game, Arthur spends time helping Charlotte learn how to hunt and shoot, giving her some basic tools to survive. Arthur's already beyond the point of no return here, but seeing him as a compassionate person makes the ending of RDR2 even more sad. 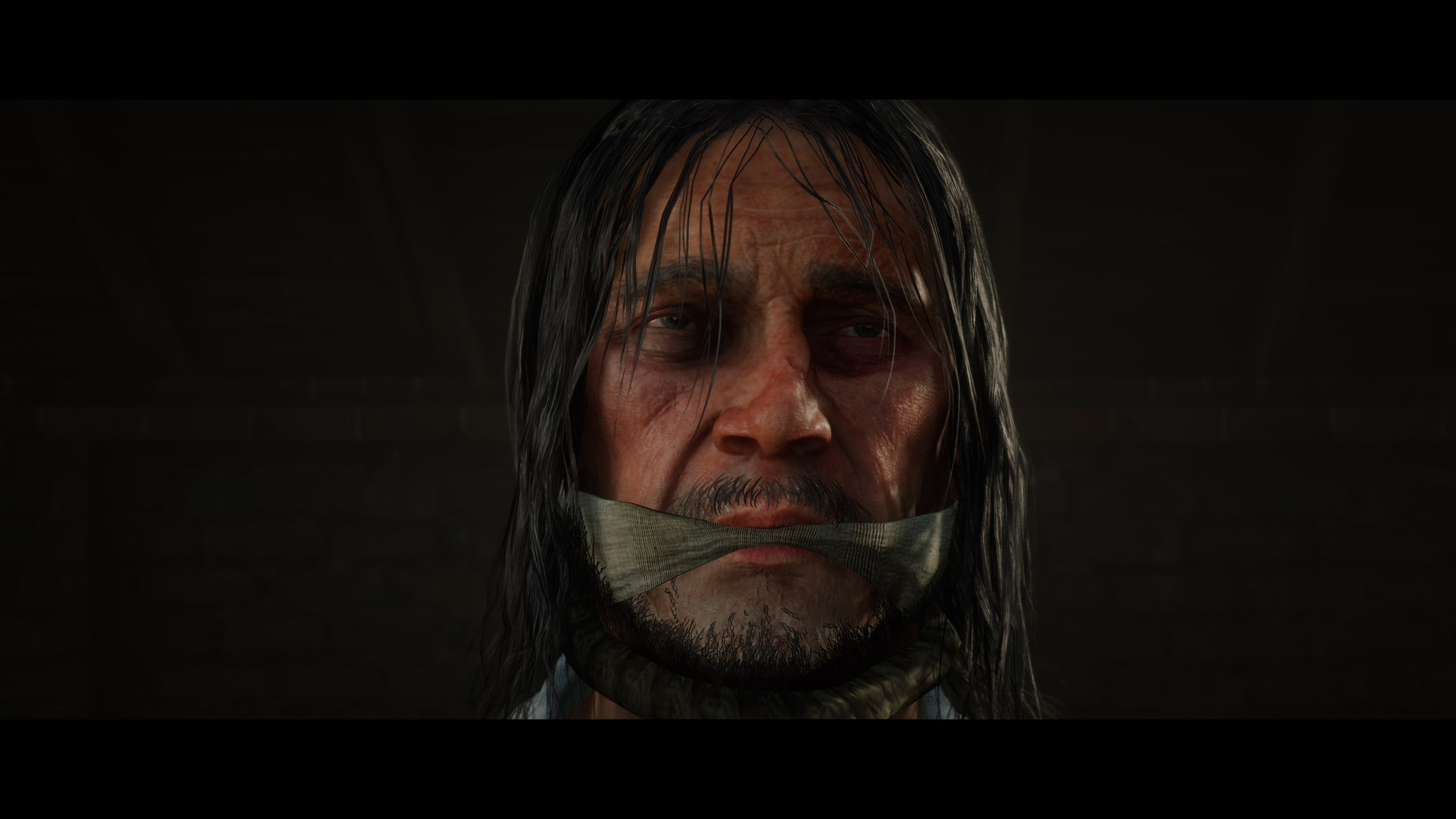 Colm is one of the antagonists of Red Dead Redemption 2. He runs a rival gang that is the cause of all of Sadie Adler's sorrow and rage. He killed a woman Dutch loved. He had Arthur shot and tortured. He did a lot of bad stuff to piss off the Van der Linde gang, and he frequently escaped consequence, until he didn't. Colm was waiting to be busted out of custody by his gang, but not before Arthur, Sadie, and Dutch prevented his escape and ensured he was hanged. You can see in his eyes he knows its over. 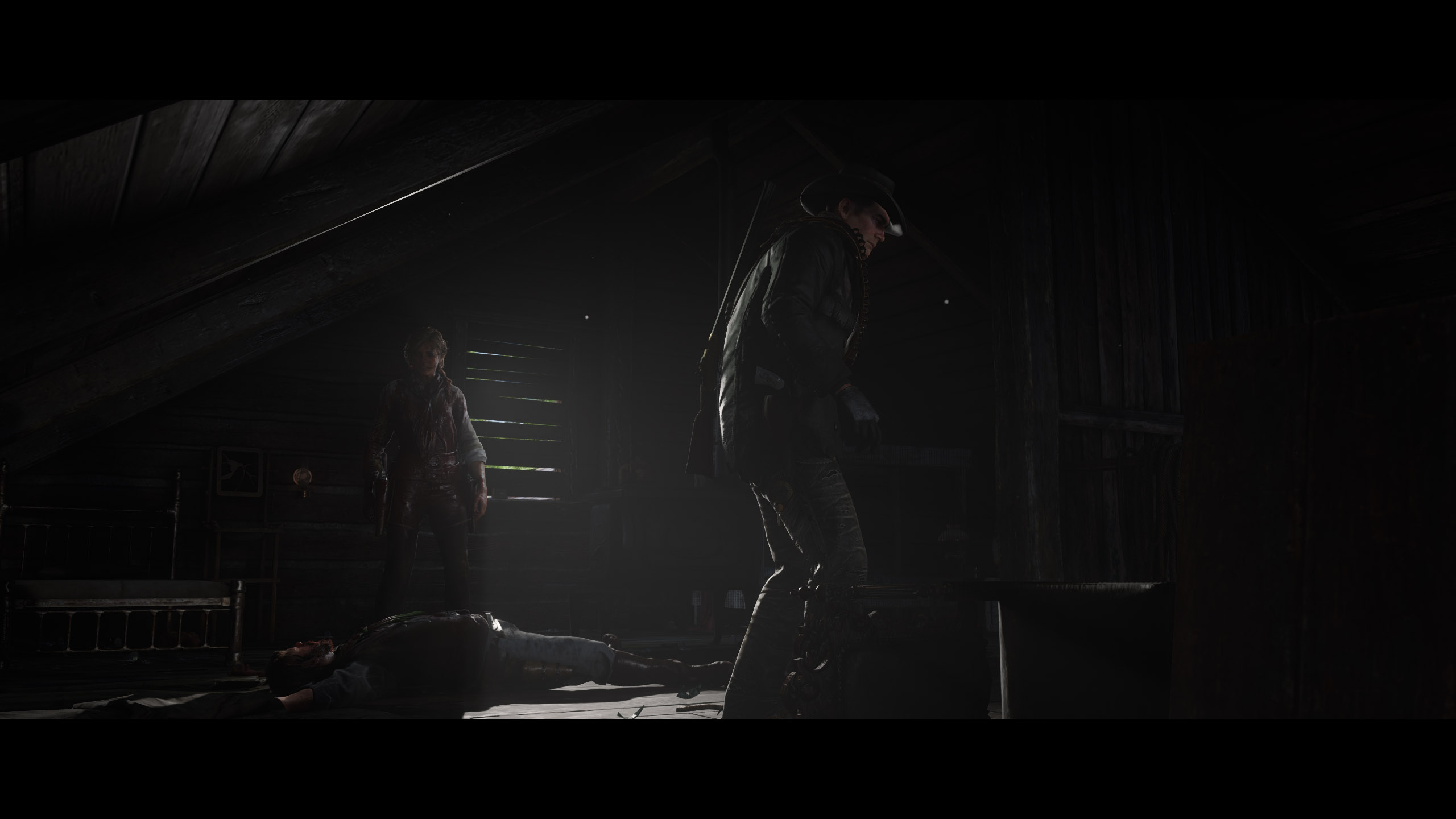 Just because Colm was dead didn't mean Sadie was satisfied. Her husband was killed by O'Driscoll gang members and her home was burned down. They helped turn her into the walking ghost that she became. Just before Arthur couldn't fight any more, Sadie asked him to ride with her up to Hanging Dog Ranch to finish off the O'Driscoll gang and, specifically, the one who killed her husband. The screenshot shows the immediate aftermath of that. 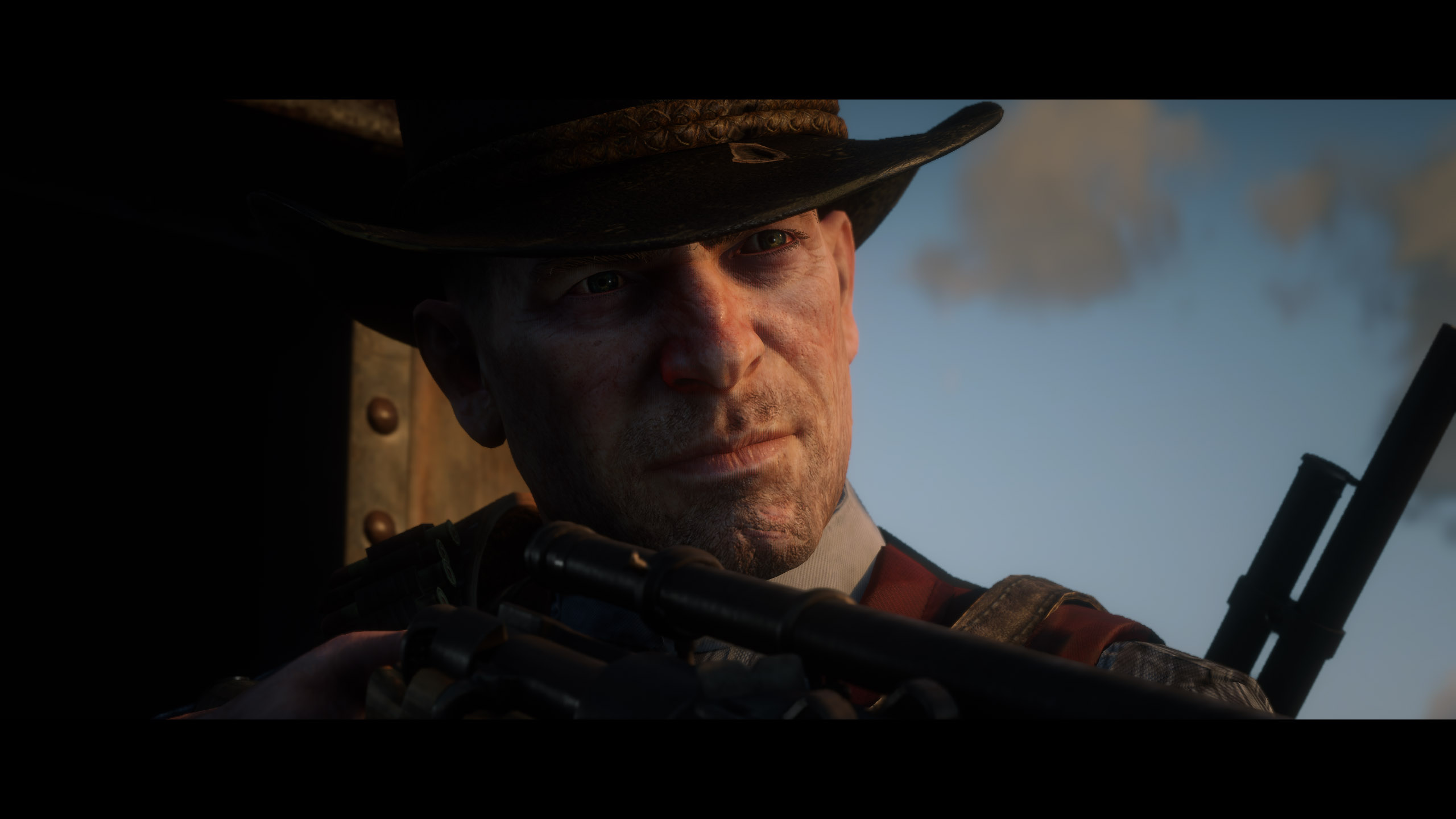 There isn't much of a story to this screenshot. It's one of the last missions in the game and I'd decided to go with a relatively clean-shaven Arthur. I'm typically all about the beard (although not too long). Anyway, I was just impressed with how lifelike his eyes looked and wanted to capture it. 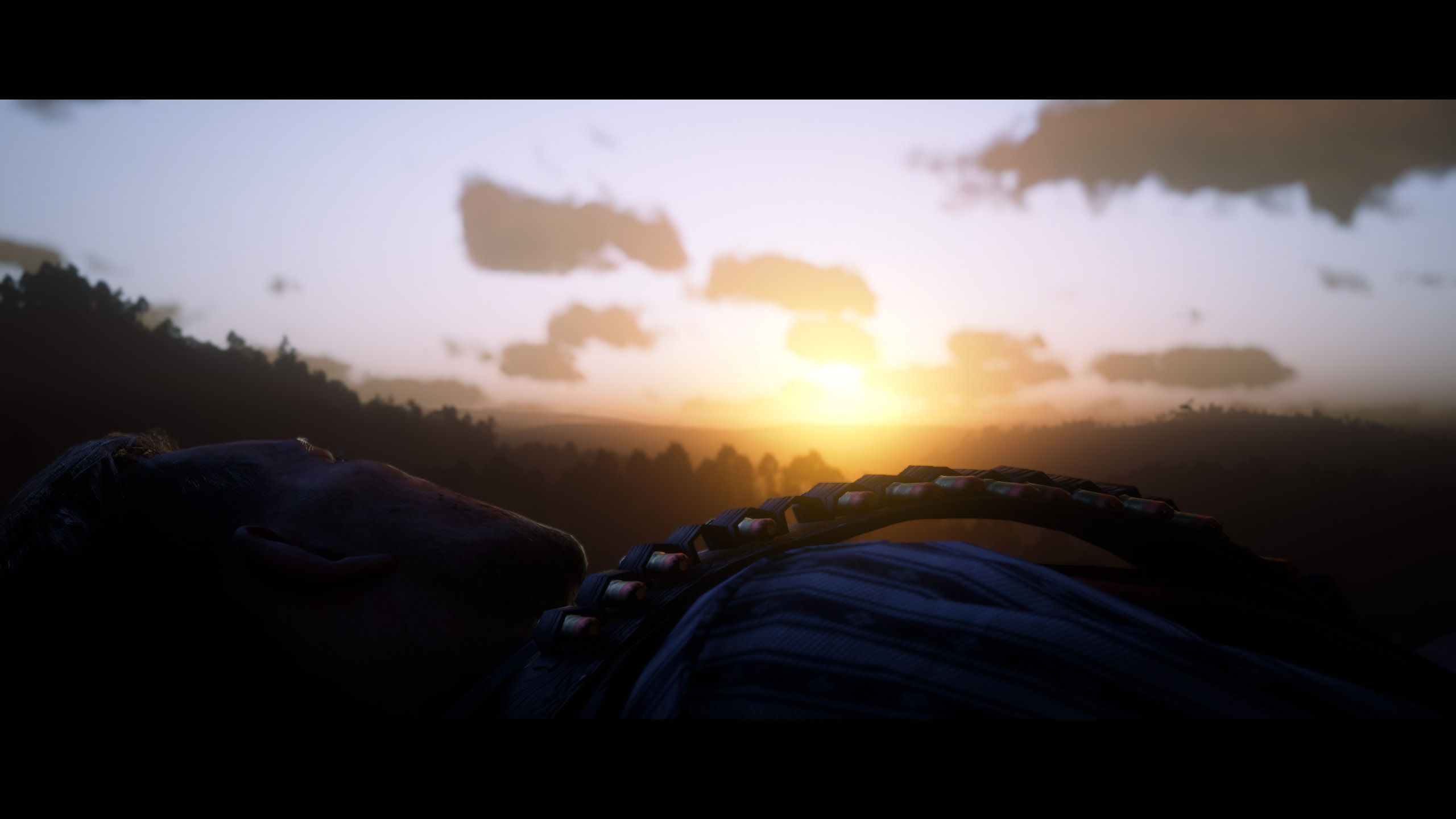 If you've played the game you'll know this final screenshot. This is my third time completing Arthur's journey. The first time was on PS4 for review, and as reviews go I was grinding out the story to finish the game. This moment wasn't lost on me the first time I played, but it didn't hit me that hard. In the second run (my first on PC) I went with a different ending, so I didn't get this scene. This time, though, I was struggling to keep from just having a good cry. The moments that lead up to this, and having really dug into the redemption theme near the end of the game, got to me. What if Arthur had just run away with Mary? He died at 35 years old or so, which if five years before me. It just feels like, by the time he realized he had a good man inside him, he was a dead man.