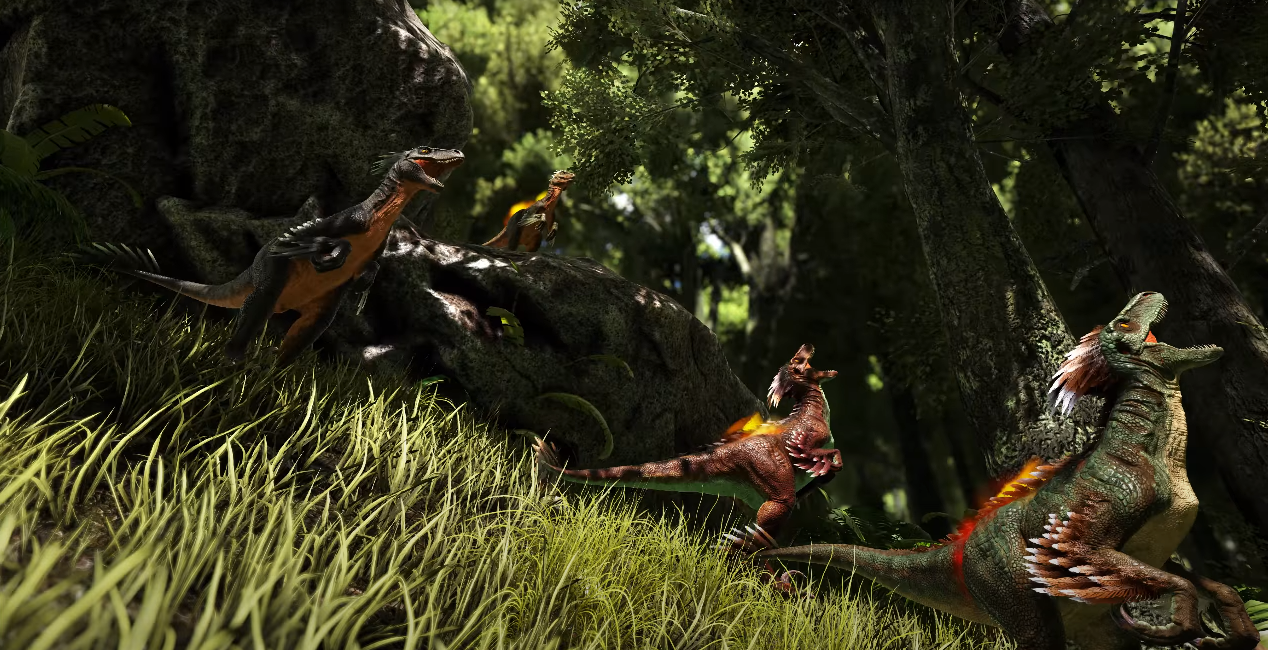 The Raptor is swift and destructive and always on the hunt for its next meal. Traveling in packs as well, these fleet-footed individuals can cross the distance in a flash. With a powerful pounce Raptors can even unmount individuals on the backs of smaller creatures such as the Pteranodon if flown too low to the ground. This pounce also pins you to the ground so retaliation is nearly futile. It is best to keep seated on taller tames or up in the air to avoid these creatures or make for deep water to make them lose interest. However, making your way into the water isn’t always safe either... 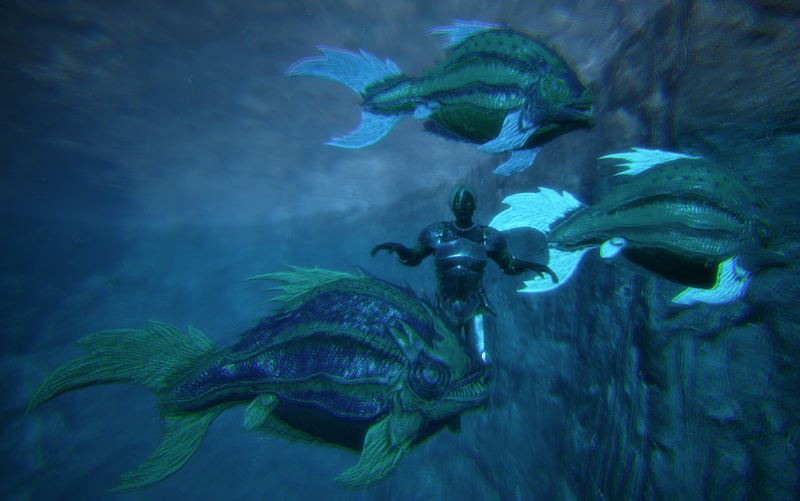 The Piranha reside in the rivers and ponds across the land and are extremely hostile. These fish are often found in groups of 4 to 5 and are quick to swarm anything that enters their waters. Movement is slow while underwater as well as limitations to weapon choice. Traversing deep water can be very hazardous as these fish can cut through armor in mere seconds.

This herbivorous creature is extremely greedy with quick hands and will run up to any persons who cross its path to steal anything they can put their claws on. Be careful that your prized weapon isn’t its next treasure. Once stolen, the Pegomastax makes a hasty retreat and catching up to it is often tough. You will have to subdue the creature if you hope to retrieve whatever has been taken! 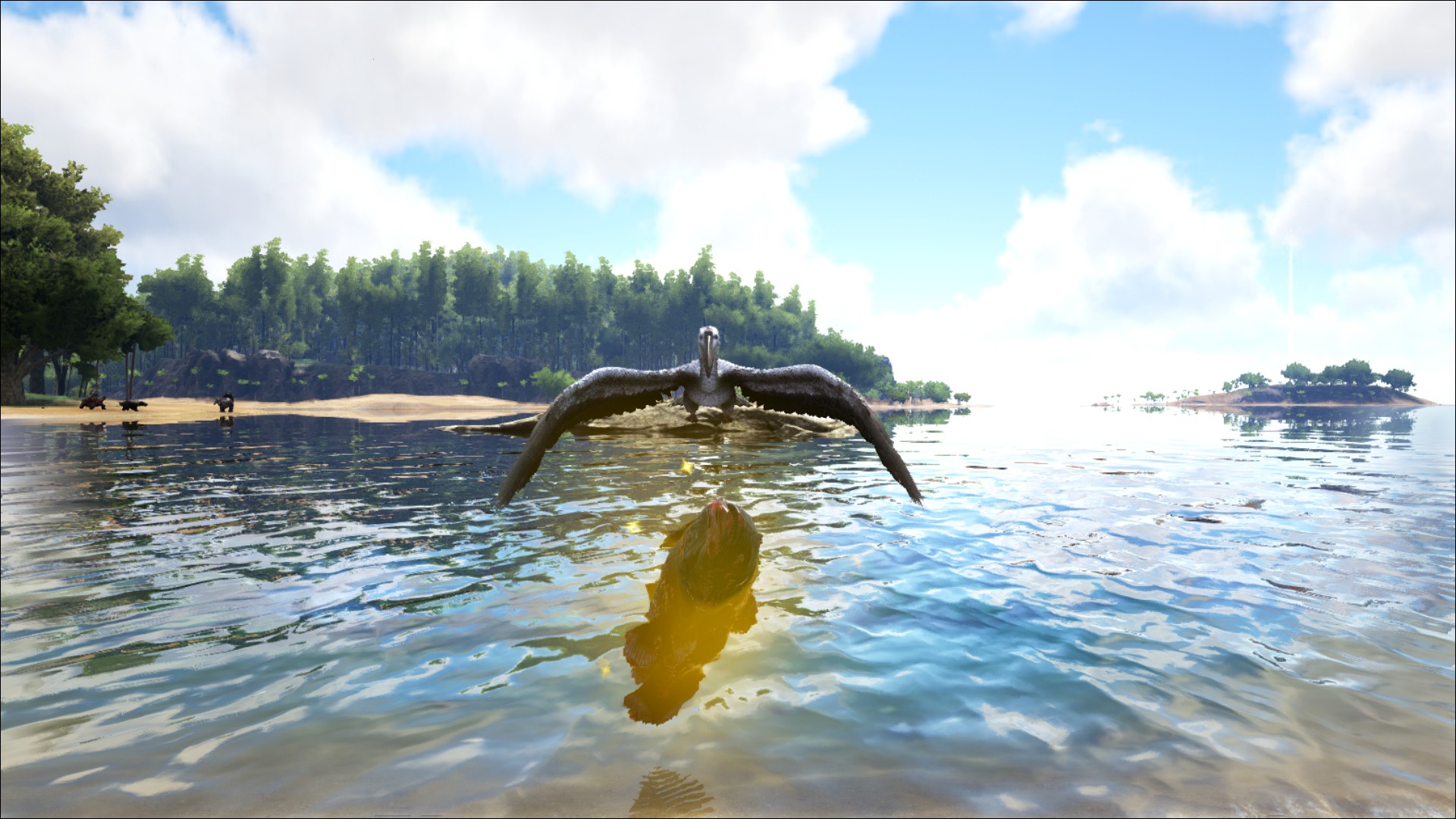 The Ichthyornis is the terror of the skies and often found around the shores. These cheeky creatures are always on the search for a bite to eat and will attempt to steal any food being carried. Food is a scarce commodity and these creatures may rob you of your only meal! Flying overhead they will circle and dive from time to time with a sharp peck. They will also cause you to drop any weapon that you are holding to make sure that you do not counterattack! Killing these creatures can be extremely tough due to their airborne nature and you will need to have great aim with ranged weapons such as the bow and arrow to subdue these birds.

Troodons are truly the scourge of the night. Nighttime is dark and fearsome as visibility is greatly reduced. With bright glowing yellow eyes, Troodon waits for unsuspecting individuals to cross their path. Extremely agile and small, they are very hard to spot in the dark and tough to hit with weaponry. Once a Troodon has attacked, their venomous bite causes you to lose consciousness at an increasingly rapid rate. Once knocked unconscious you are but an easy meal for them. Beware the beady yellow glow in the dark....

Making it through each day on ARK is tough. Weathering the elements, staving off hunger and finding a place to call home while gigantic prehistoric creatures attempt to make you their next meal is not an easy feat. Above are the top 5 most annoying creatures on my list. What creatures do you find the most annoying?