2017 2xLP issue on silver wax via Music on Vinyl 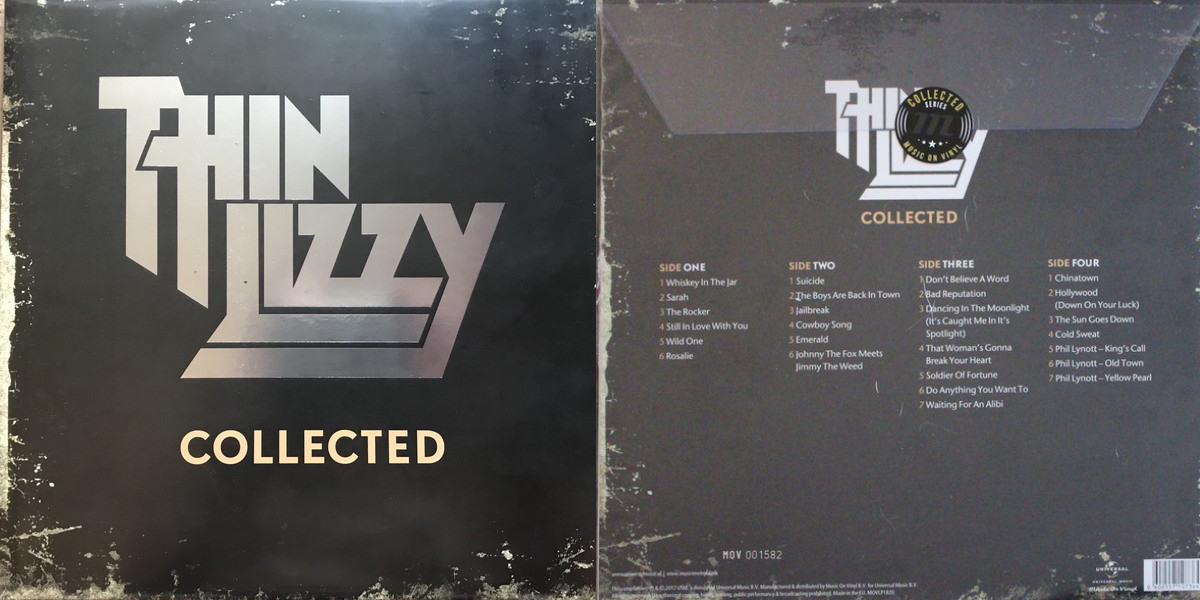 I am a major league Thin Lizzy stan. I already have all the albums that the songs on this collection come from (and reissues of those albums), but once you start collecting, you can’t stop. This particular greatest hits compilation is the best one I’ve come across for Thin Lizzy on vinyl as their career spanned multiple labels, so older sets were often incomplete. This pressing was supposed to be EU only and I had a pre-order that shipped to me erroneously. The few copies that did get out became valuable, though prices settled once the normal non-recalled version of the set went on sale. 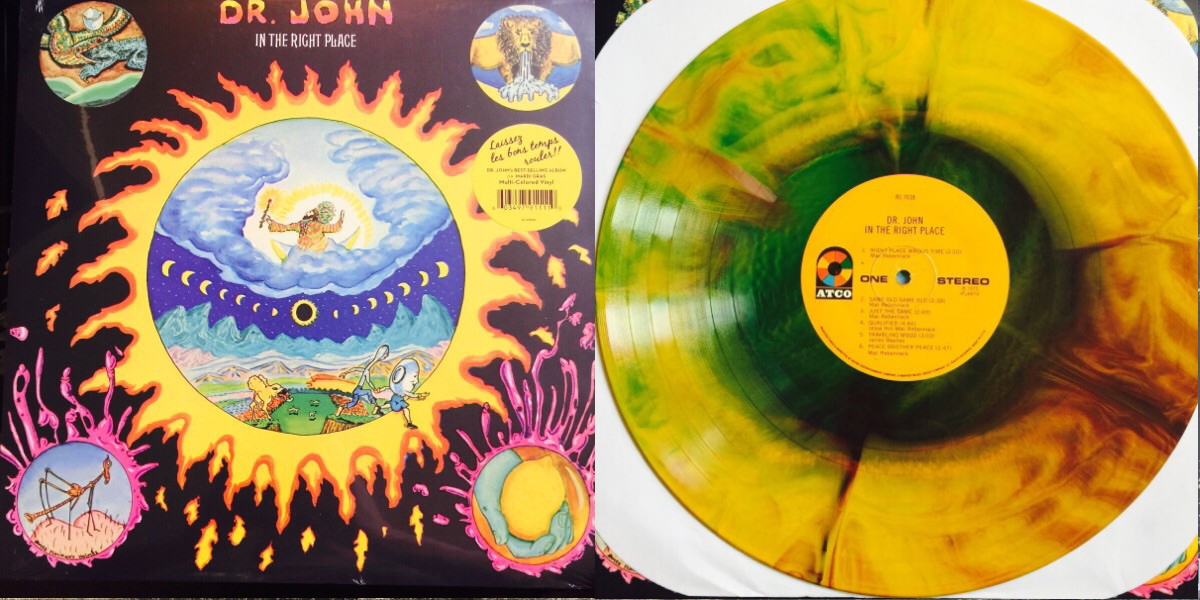 If you enjoy a good time, they don’t come much better than Dr. John. The New Orleans native pumped out hundreds of tracks over his career that spanned rock, jazz, funk, and just about everything in between. This LP is my favorite of his catalog, so I had to grab this reissue on starburst vinyl when ATCO offered it a few years back. 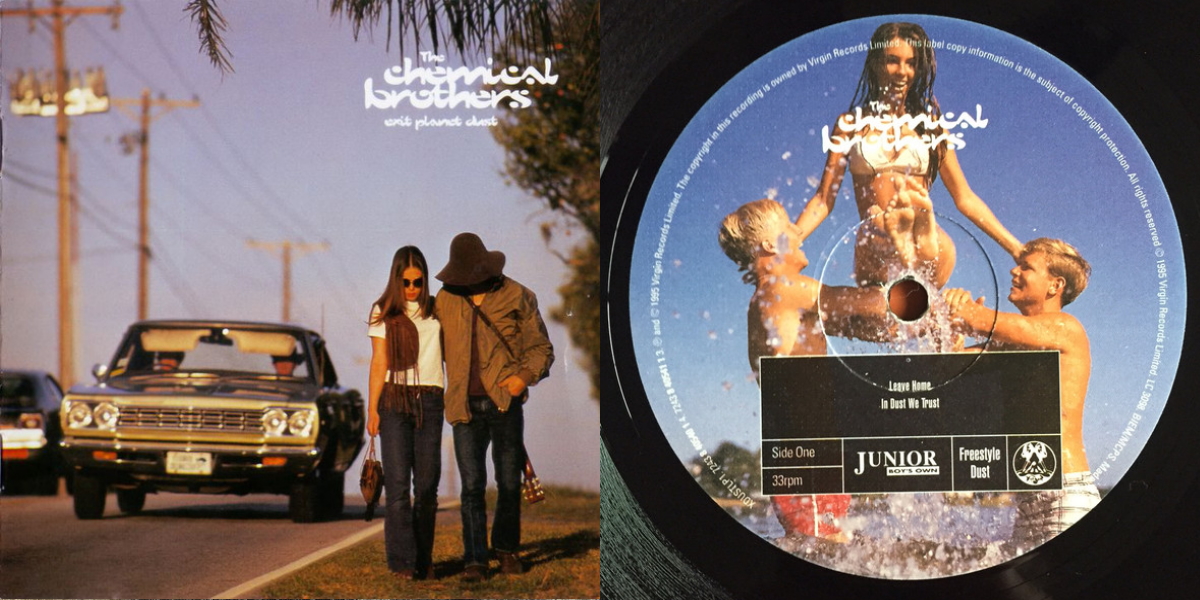 I assume that everyone who bumped tunes in the 90s loves the Chemical Brothers. They didn’t get on my radar until the album after this one, but I made sure to go through their catalog once I became consumed with Dig Your Own Hole. I wanted a copy of this on vinyl, but original pressings cost rap video money. I was elated when Astralwerks reissues this in 2017 for an affordable price.

2016 issue on red, white, and blue splatter wax via Warner/Rhino 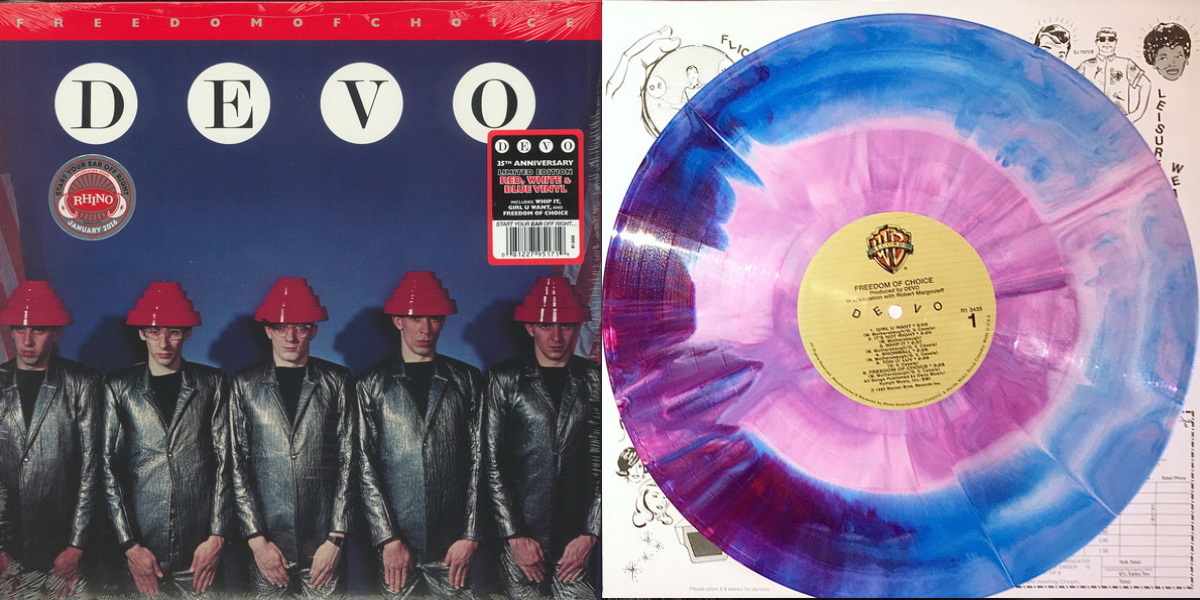 This is another LP that I had an original copy of, but was quick to pre-order the reissue when it became available. This Rhino-produced version sounds every bit as slick as my older copy and comes on a wild piece of wax. This one was released as a part of Rhino’s Start Your Ear of Right series in 2016.

Queens Of The Stone Age ‎– Lullabies To Paralyze 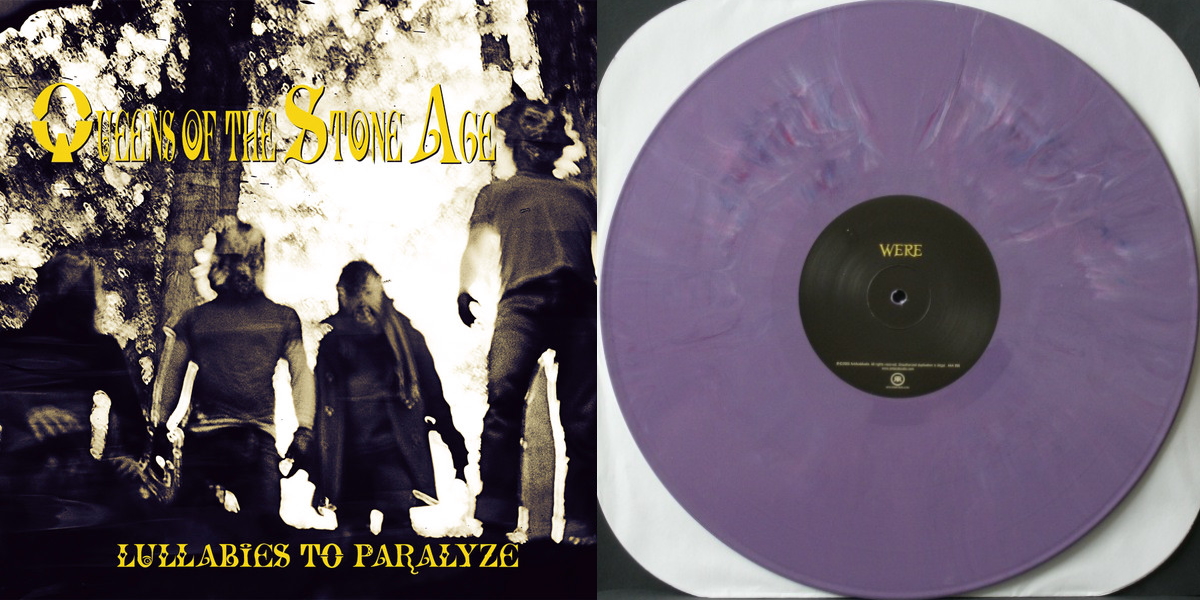 Big QOTSA fan here. This is the first pressing edition of Lullabies. You know you have a real one when it has the alternate album art and colored marble vinyl. It came with extra tracks not on the CD, including a cover of ZZ Top’s Precious and Grace and a reworked version of the old Infinity demo. This was later reissued without the bonus tracks using the CD artwork and then finally another edition came along that restored the bonus material, though both of those releases are on plain black vinyl. The newest reissue is worth it, though, because it's not prohibitively expensive like this first pressing and it sounds really good.