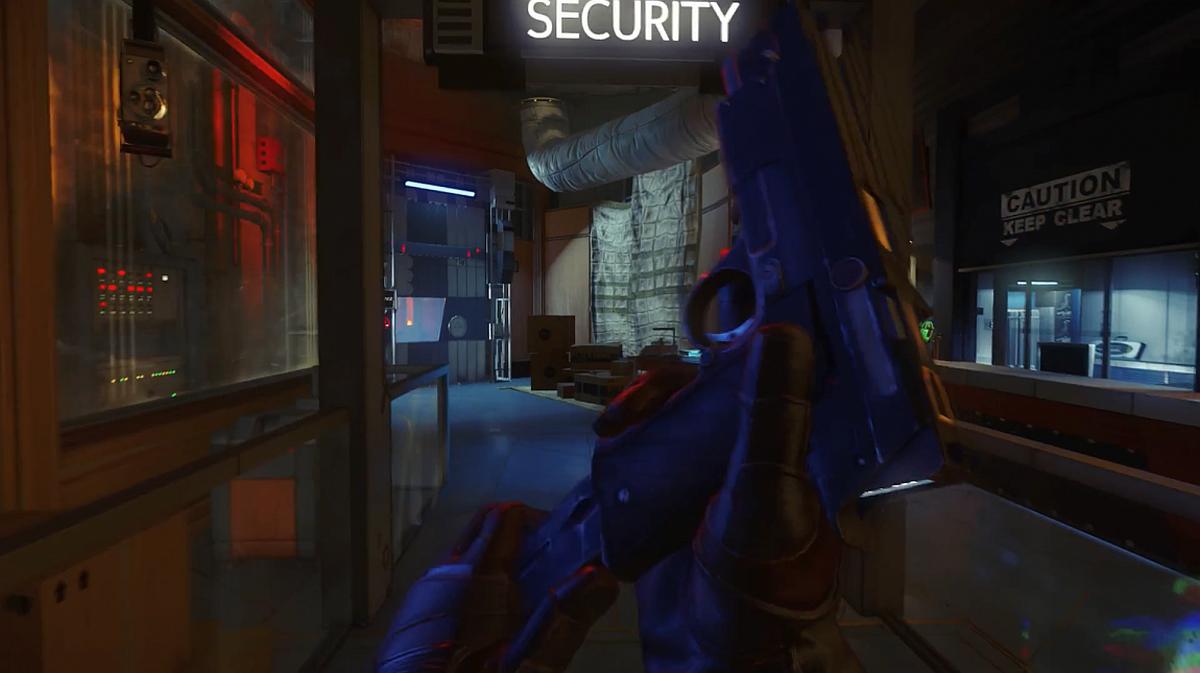 How To Be the Wu with the Golden Gun in Prey

One of the better weapons in Prey is a specially enhanced pistol found in the safe in the Talos I Captain's office. Dubbed the Artemis Golden Pistol, it will save you some weapon upgrades for the standard silenced pistol. The hard part is getting the side mission for it to obtain the randomly generated safe code, and this walkthrough will tell you how to do it. Bring extra ammo and the way will be fraught with Typhons.

To kick off the quest, you’ll need to find the body of poor Marietta Kyrkos, who met her fate in the Arboretum near Alex’s office. Of course, there isn't an easy way to get there–the main path is blocked–so you'll need to find an alternate route, which will also give you some extra info on how the Typhon outbreak happened.

First, find the entrance to Deep Storage and look for a sign that directs you to a Looking Glass screen. Follow that path that, and then break the glass screen with your wrench. There are mimics nearby disguised as boxes so stay ready to bludgeon or shoot them before you move on. Once you dispatch them, find a small shaft in the ceiling and use the GLOO Cannon to get to the top of Looking Glass station.

Once there, climb onto a ledge to get to a small walkway under the bars supporting Alex’s Office. Taking the walkway will bring you to the body of Marietta, awkwardly positioned near a faulty junction box. Use the GLOO gun on the junction box to ward of stray electrical charges, then loot the body and listen to the tape recording you get. It will give you the keycode for the safe of Captain Jada Marks, which is in her cabin in the Crew Quarters.

Next, head to the Bridge, and look for the Captain's body. Grab her cabin keycard from her since she won't be needing it anymore, then head to the Crew Quarters. When you reach the area, follow the waypoint to the cabin. Use the keycard to get in, find the safe on the wall, then use the code from the recording. Now that you have the Artemis, dump your regular silenced pistol, since the Artemis is a major upgrade. Hopefully you didn't waste any upgrade kits on it.

Now that you are the Wu with the Golden Gun, find out how to get the other special weapons like the Q-Beam and the Disruptor Stun Gun, as well as other tips, guides and walkthroughs for Prey.

Where to find stinkbugs - Grounded

What are combatants in Destiny 2?