As Morgan Yu, protagonist of Prey by Dishonored developer Arkane Studios, you bear witness to more than your fair share of disturbing events over the course of the game's sci-fi adventure. Typhon aliens, psionic abilities, a panoply of weapons—all are stepping stones on your road to Prey's multiple endings.

Prey's campaign brings you to several turning points where the game will ask you to make a difficult moral choice in order to proceed. Sometimes those choices seem straightforward. At other times, you'll have to decide between the lesser of two evils and—assuming you want to come out the other side with a clean conscience—do your best to live with your decisions.

Our guide to explaining Prey's endings breaks down what happens if your choices led you to a "good" conclusion, as well as the hell you'll put yourself and others through in the "bad" ones.

Before reading further, be warned: this guide is heavy on spoilers. Come back after you've finished the game if you want a better understanding of the ending you received.

Setting the Stage for Prey's Endings

As Prey's story unfolds, you'll meet characters who urge you to choose between one of two ultimatums. Some characters, such as your brother Alex, want you to destroy the Typhon by infecting the Coral, the neural network to which the hostile aliens are connected. Other NPCs such as January, a robot controlled by AI, wants you to blast the Talos I space station to bits—and go down with the ship.

Later in the story, you find a video from Morgan Yu, your character. The Morgan in the video explains that you've been used as a guinea pig, the subject of countless experiments by scientists who apply Neuromods to alter your mind. Their experiments are what have enabled you to wield some of the Typhon's powers against them. At the end of each experiment, the scientists erase Morgan's (your) memory, starting each new round of trials with a blank slate.

The video you made for your future self serves as a warning about the Typhon and the Neuromods used on your mind. Your plan, prior to the previous memory wipe, was to trigger Talos I's self-destruct sequence by stealing two keys. Destroying the station would bring an end to everyone and everything that inhabits it, guaranteeing that no Typhon aliens or DNA could make its way to earth.

Near the end, you'll reach a point where Alex, January, and other characters attempt to sway you toward one outcome or the other: evacuate or blow up Talos I. 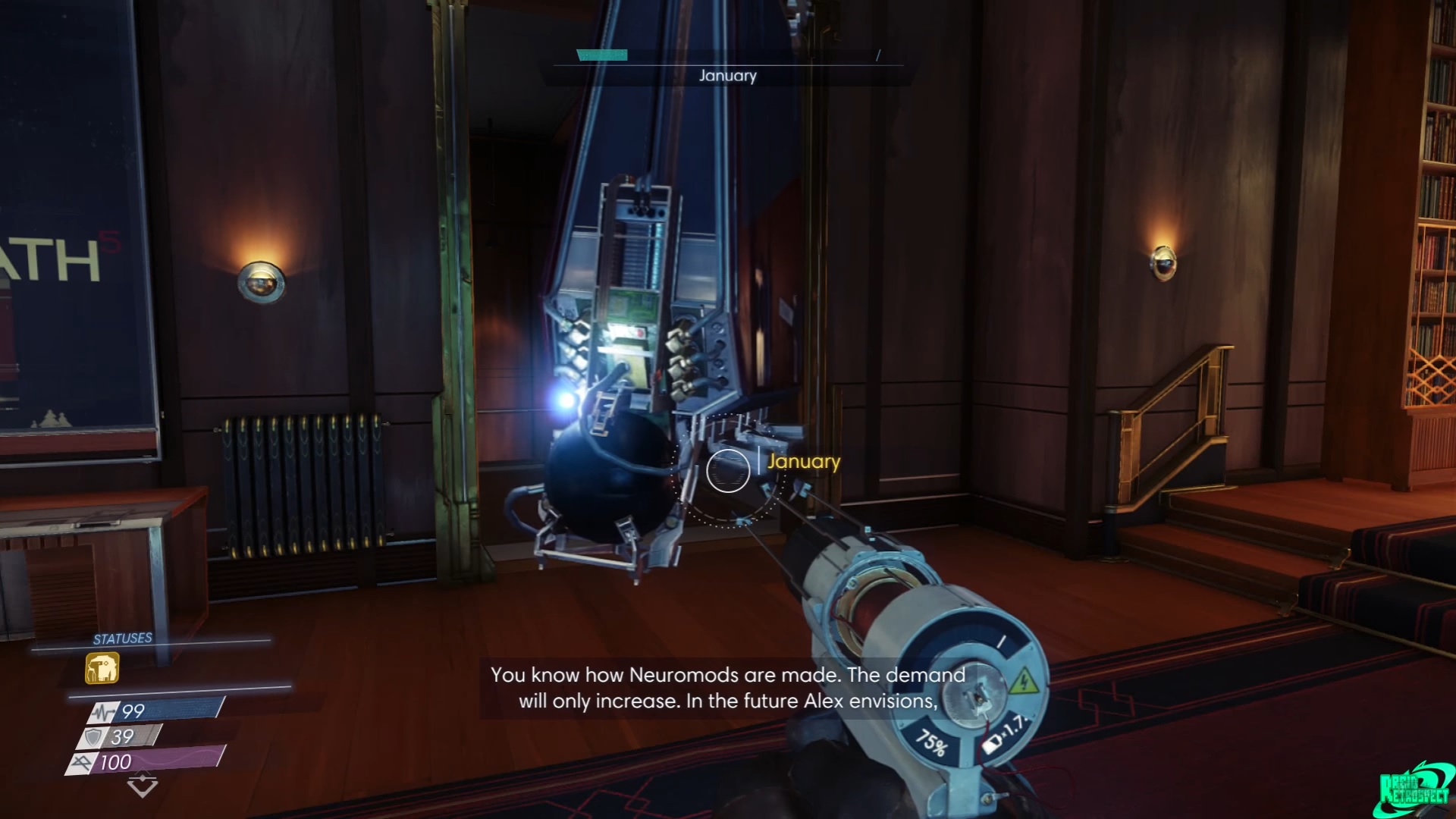 Whether you get a good ending or a bad, the reality is that Prey's world amounts to a simulation running on an aggregate of Morgan Yu's memories. Alex Yu and others engineered the tests to determine if the Typhon can exhibit human empathy to fight against the Typhon that have conquered earth. The choices you make and the upgrades you select go a long way in determining whether you receive a good or bad epilogue.

Boiled down, you'll get a good ending by saving as many survivors as you can during Prey's campaign. After the final sequence of the game, you'll learn that Morgan Yu was a Typhon Mimic carrying Morgan Yu's memories. Every step of your adventure was one part of a larger simulation based on your memories. That is to say, your memories harvested from a previous Morgan Yu subjected to Neuromod experiments.

Earth, you come to find out, isn't in danger of being invaded by Typhon. The aliens have already invaded, and are implanting humanity into their Mimics—one of the end goals of the experiments to which your character was subjected.

All is not lost, though. Every passenger from Talos I that you saved gives you a personal comment that you can give to Alex. As long as you have those comments, and if you refrained from upgrading using Typhon mods, Alex will be convinced to spare you. You'll be faced with another choice: kill everyone you just saved, or take Alex's hand to usher in a utopian future where Mimics and surviving humans live alongside each other.

You'll get a bad ending if you kill survivors that you encounter, try to initiate the space station's self-destruct sequence and escape via a pod, or attempt to kill Alex. Bad endings also occur if and when you hoard Neuromods and try to escape with other survivors.

Note that you can find a key to one of the escape pods and flee without initiating Talos I's self-destruct program. If you do this, however, the game cuts off abruptly when Alex ends the program and a disembodied voice says, "We failed. This isn't the one."

Now that you've finished the game once, check out our Prey guides to give yourself an edge during your next playthrough, such as how to find a gun quickly at the beginning, or all safe locations and keycodes so you can see which ones you missed your first time through.