Nintendo seems to have turned the corner financially. SuperData estimated last week that Nintendo Switch sold 2.4 Million units in its first month. Niantic also recently announced that Pokemon Go still has 65 million active users. Things seem to be looking up for the Big N, and investors in the stock are finally benefitting.

I alerted readers in March that Nintendo's Stock (NTDOY) had an actionable monthly buy signal. Shares of NTDOY (the company's American Depository Receipt) had formed an "inside month and up" buy signal above $26.79/share. 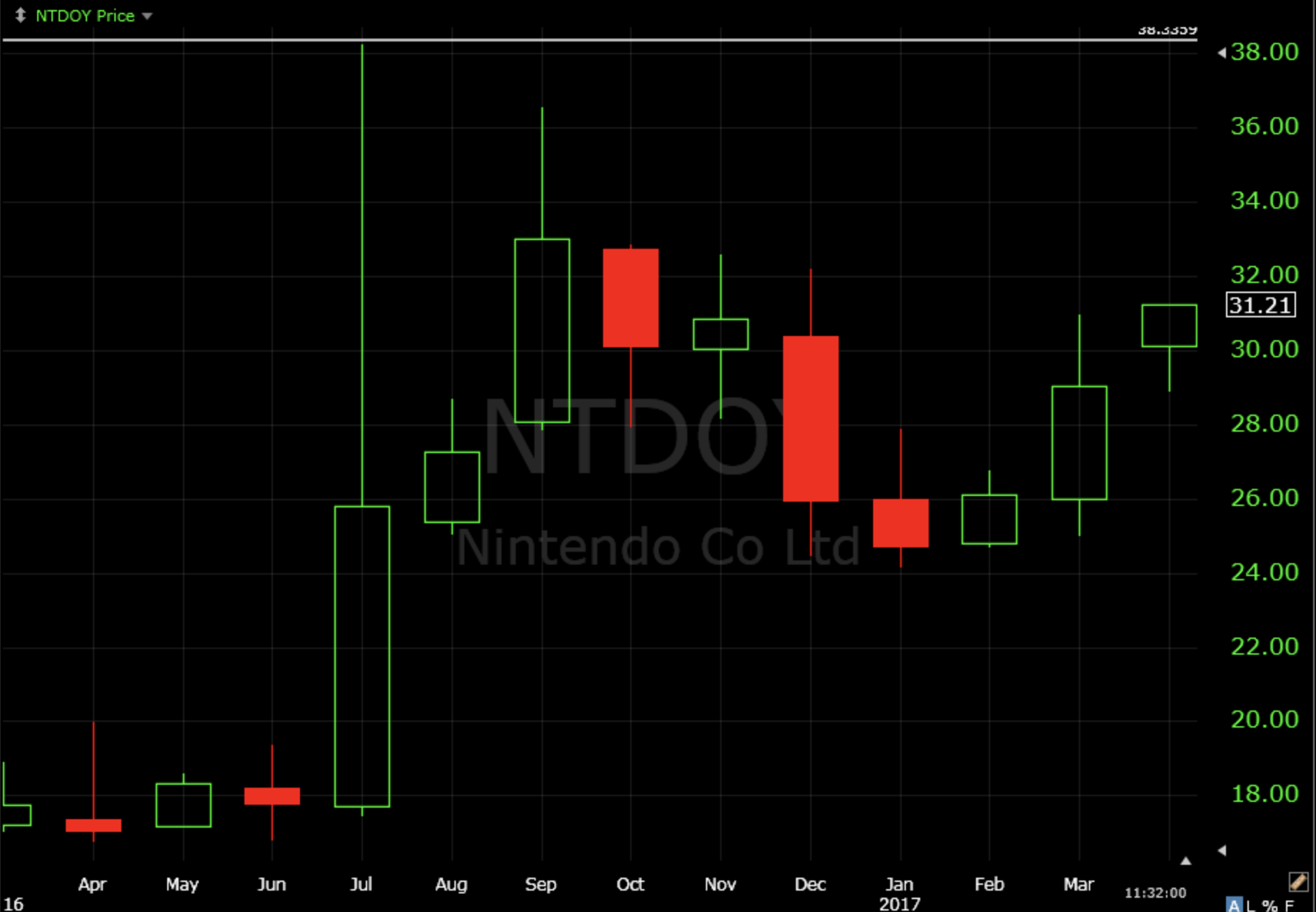 The nice thing about my technical (chart-based) trading philosophy is that these signals can occur on multiple time frames, even quarters. Today, Nintendo's stock has a brand new trading signal that could lead to even more gains for patient investors. 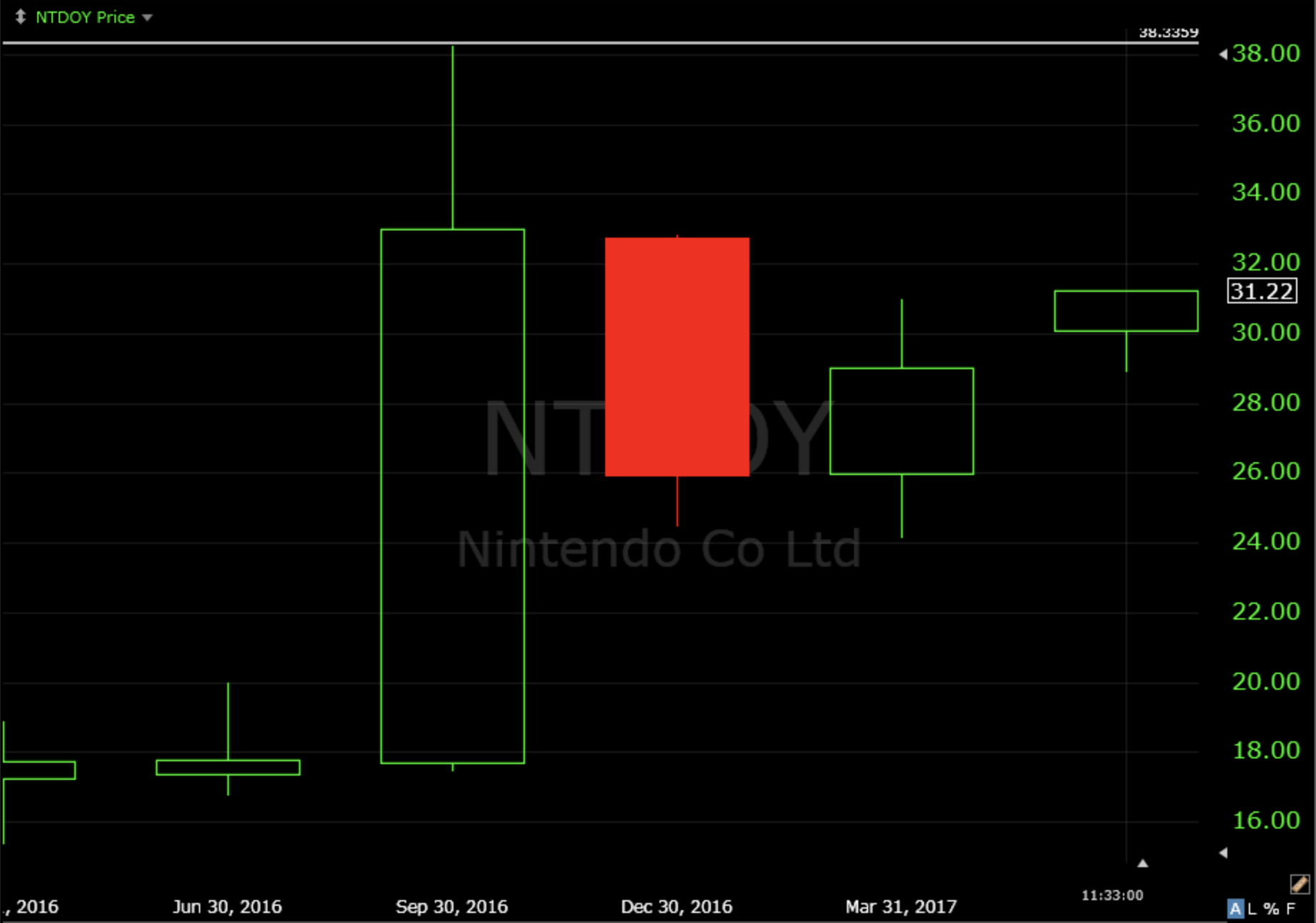 We may finally get a resolution to the battle being waged inside that trading range formed during the Pokemania of July 2016. NTDOY traded in a range of $17.45/share to $38.25/share during the 3 month period ending September 30, 2016. The stock then traded between $24.44/share and $32.83/share in the quarter ending December 31, 2016. This was well within the previous quarter's range. This is called an "inside bar" in technical analysis of stock charts. NTDOY traded below $24.44/share early in January, 2016, but ended up the month of March back within the previous quarter's range. This set up a potential reversal strategy (rev strat) formation.

NTDOY formed a quarterly rev strat buy signal when the stock traded above $30.96/share this morning. This buy signal will be in place as long as the stock stays above that price level. The nice thing about this signal is that it is a quarterly signal which investors could profit from it for the next few months. I believe the stock has near-term upside to around $34-36/share with an attempt to breakout above July 2016's high of $38.25/share still a possibility if the company's fortunes continue to improve.

Nintendo will announce its fiscal year results on April 27. The next day, Mario Kart 8 for Nintendo Switch will release. This next quarter also includes E3 2017. There are a lot of potential positive catalysts for traders to capitalize on this actionable quarterly rev strat buy signal, and as I have previously indicated, I strongly believe that Nintendo is a great long term investment.

A candlestick formation that occurs when the entire price range for a given security falls within the price range of the previous period.

A candlestick formation that occurs after an inside bar when a stock breaks above or below the previous period followed by a breakout of the range. It is essentially an equillibrium break followed by a reversal to the other direction.

For more information regarding the technical trading strategy that I use follow Rob Smith from T3 Live.

Find out more about the charting software used in this video at the Official TC2000 Website.

If you found any of the terms in the video confusing, please check out Investopedia for much more educational information.