Dark Souls 3: The Ringed City - How to Find the Ring of Steel Protection +3

Dark Souls 3 carried over the concept of +1 and +2 rings from Dark Souls 2. You can't find those enhanced rings until your second and third playthrough, respectively, but +3 rings can be found in any New Game playthrough—if you know where to look. Follow our guide to locating the Ring of Steel Protection +3 in The Ringed City DLC expansion.

Where to Find the Ring of Steel Protection +3

Like its counterparts, the Ring of Steel Protection +3 boosts your resistance to physical damage. You'll be happy to know it's sitting out in the open near the beginning of the Dreg Heap, ripe for the taking. Be careful, though. The path to the ring is treacherous.

Start out at the Dreg Heap, the first bonfire you light in The Ringed City DLC. Proceed forward and drop off two ledges until you see a ramp on your left. Follow the ring across the courtyard, ignoring the murkmen that bubble up from the ground around you. Head toward the spellcaster, then sprint for the nearby broken stone bridge where a body lies. The stone will give way, and you'll plummet through the glass ceiling of a cathedral. 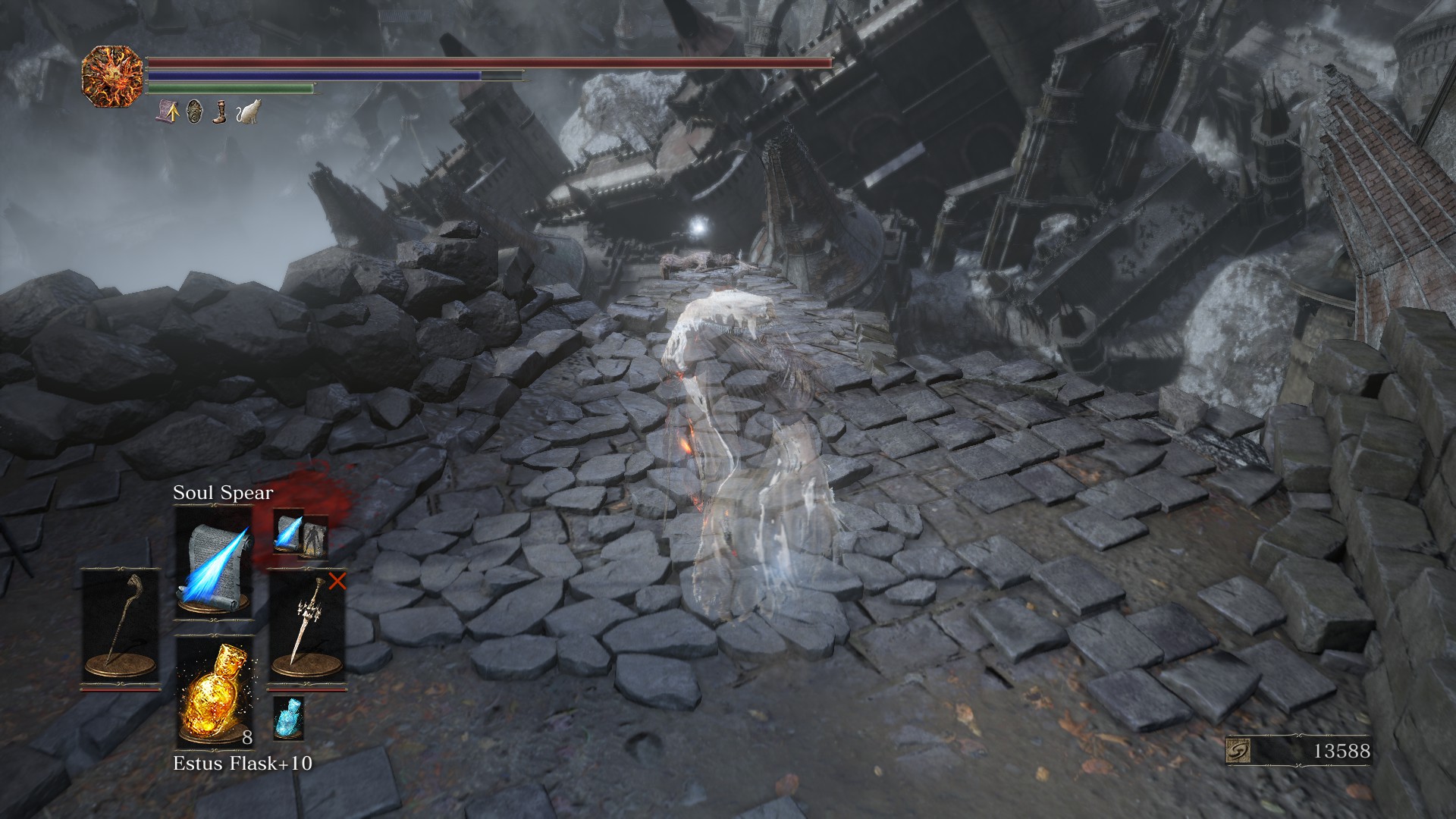 Take a moment to get your bearings. Make your way toward a gap in the wall on your left. Murkmen spawn as you go, including one right in the center of the hole; veer around him so he doesn't grab your legs and wrestle you to the ground. Outside, turn right, then right again. You'll see a specter pointing down, indicating that you should drop. Do so quickly: there's an angel nearby who will be happy to spike laggards with a hail of golden projectiles. 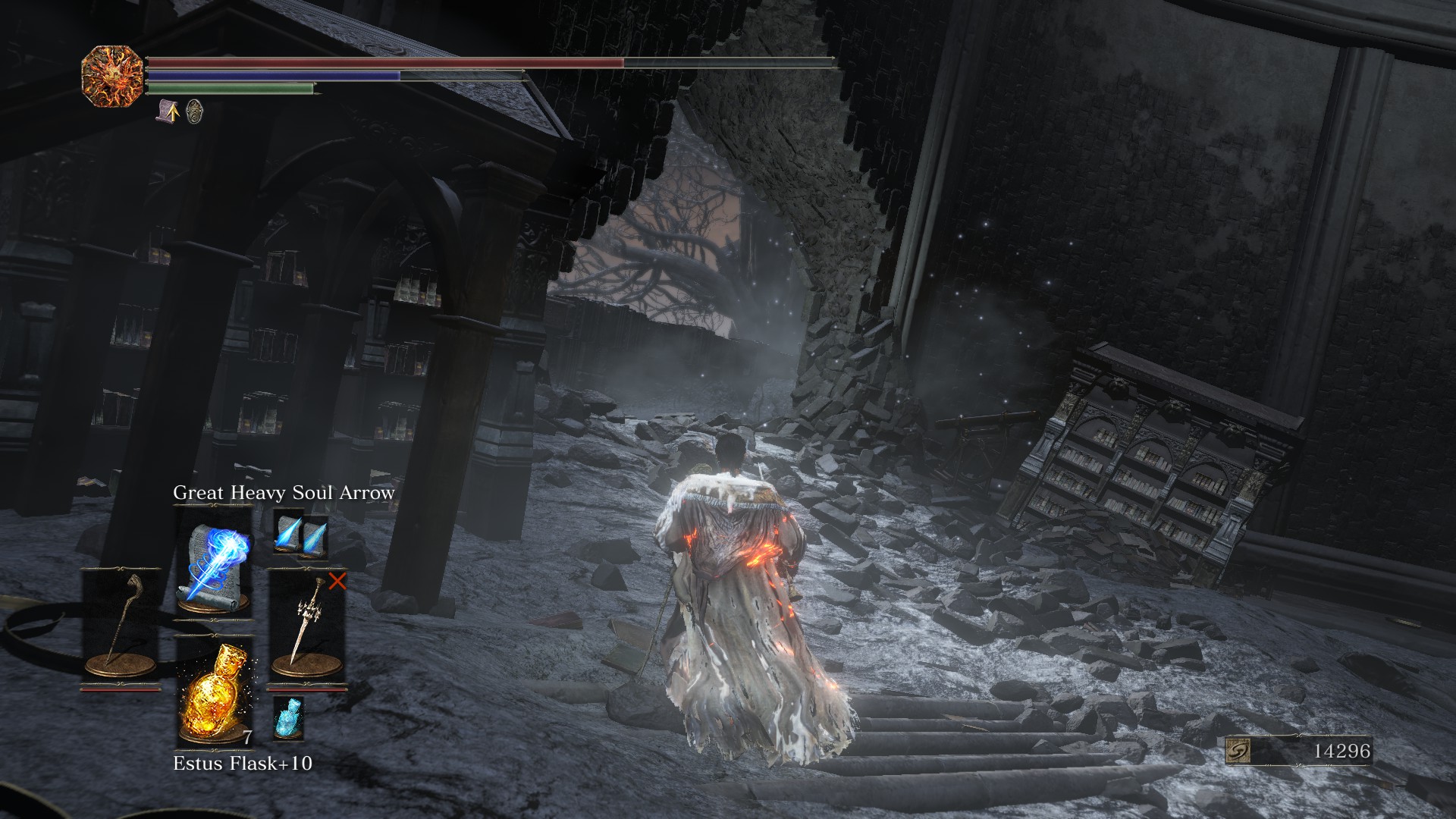 Sprint forward and take cover behind the broken bell until the barrage ceases. The angel should forget about you after a few seconds. Take a few steps forward than hang a left to hug the fall building. It's connected to a wooden bridge. The bridge curves around to below where the angel hovers.

Wait for the angel to cease its blitzkrieg, then follow the bridge to a body at the end. Loot the corpse to claim your Ring of Steel Protection +3. Immediately turn around and run for cover; the angel unleashes spells at a fast enough clip that you'll almost certainly die unless you can get out of its line of sight. 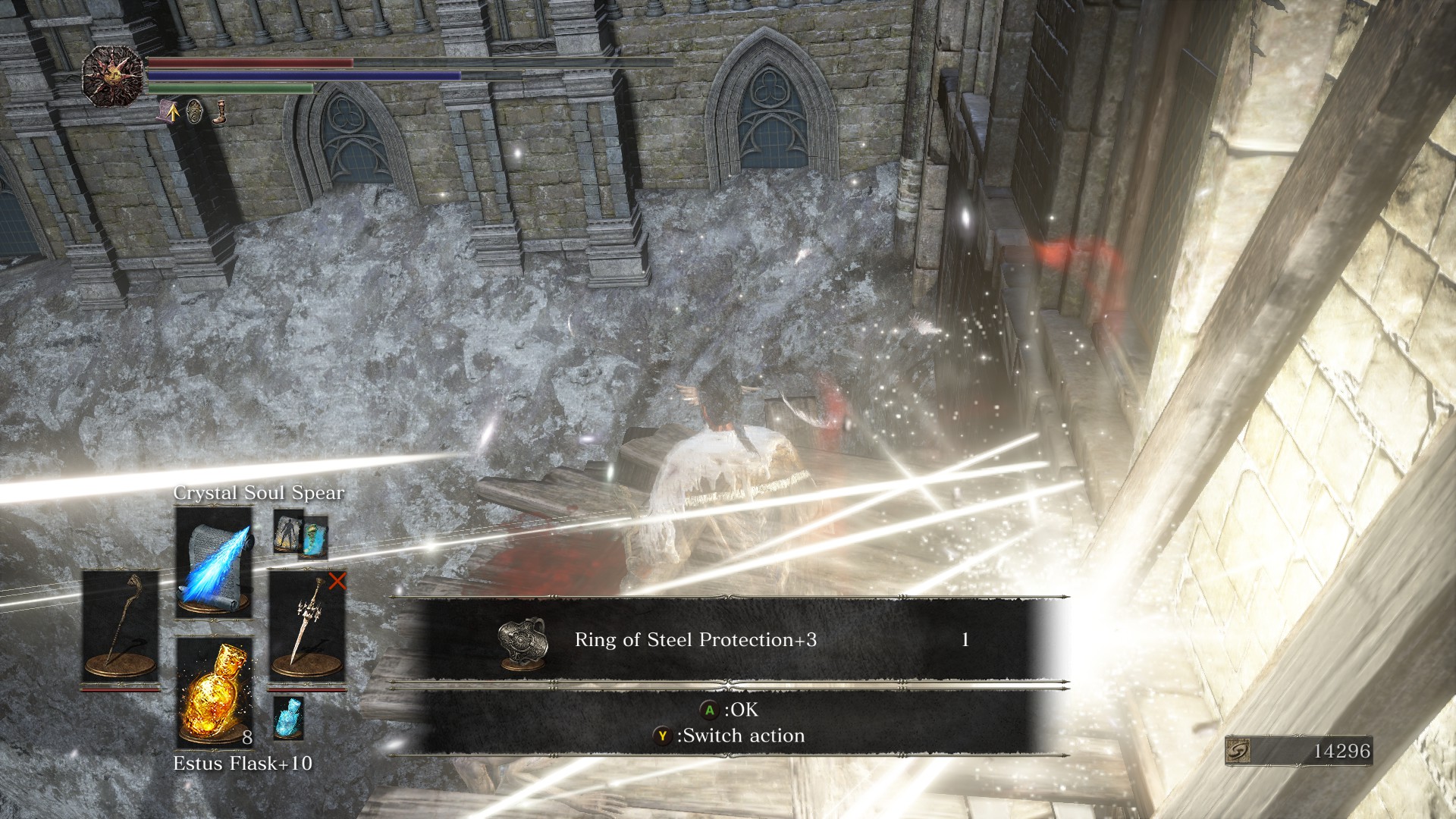 Ready for more walkthroughs? Take a bonfire to our Dark Souls 3 guide, where you'll find tips, strategies, and guides such as how to acquire Lapp's armor, a new piece of gear given to you (after a fashion) by an old friend.