Nintendo has announced that they will double production of the new Switch console from 8 million to 16 million in their next fiscal year beginning on April 1. This comes on the back of news that Nintendo had sold nearly 1.5 million Switch consoles in its first week of sales. This is undeniably great news for the company, as Nintendo's previous Wii U system sold 3 million units in its launch quarter only to fall flat on its face selling slightly less than 3 million units in the next 12 months.

Nintendo specifically mentioned that better than expected demand for the Switch console has lead them to this decision to ramp up production. This should also help the company draw third party support from some tepid partners who sat out the Wii U's product cycle. Shares of Nintendo were up 1.69% in Japanese trading and the stock is up nearly 10% since the day before the Switch console launched.

From a technical (chart-based) perspective, Nintendo shares have an actionable trading signal. Shares of NTDOY (the company's American Depository Receipt) have formed an "inside month and up" buy signal above $26.79/share. There are still nearly two weeks left to this monthly trading signal. 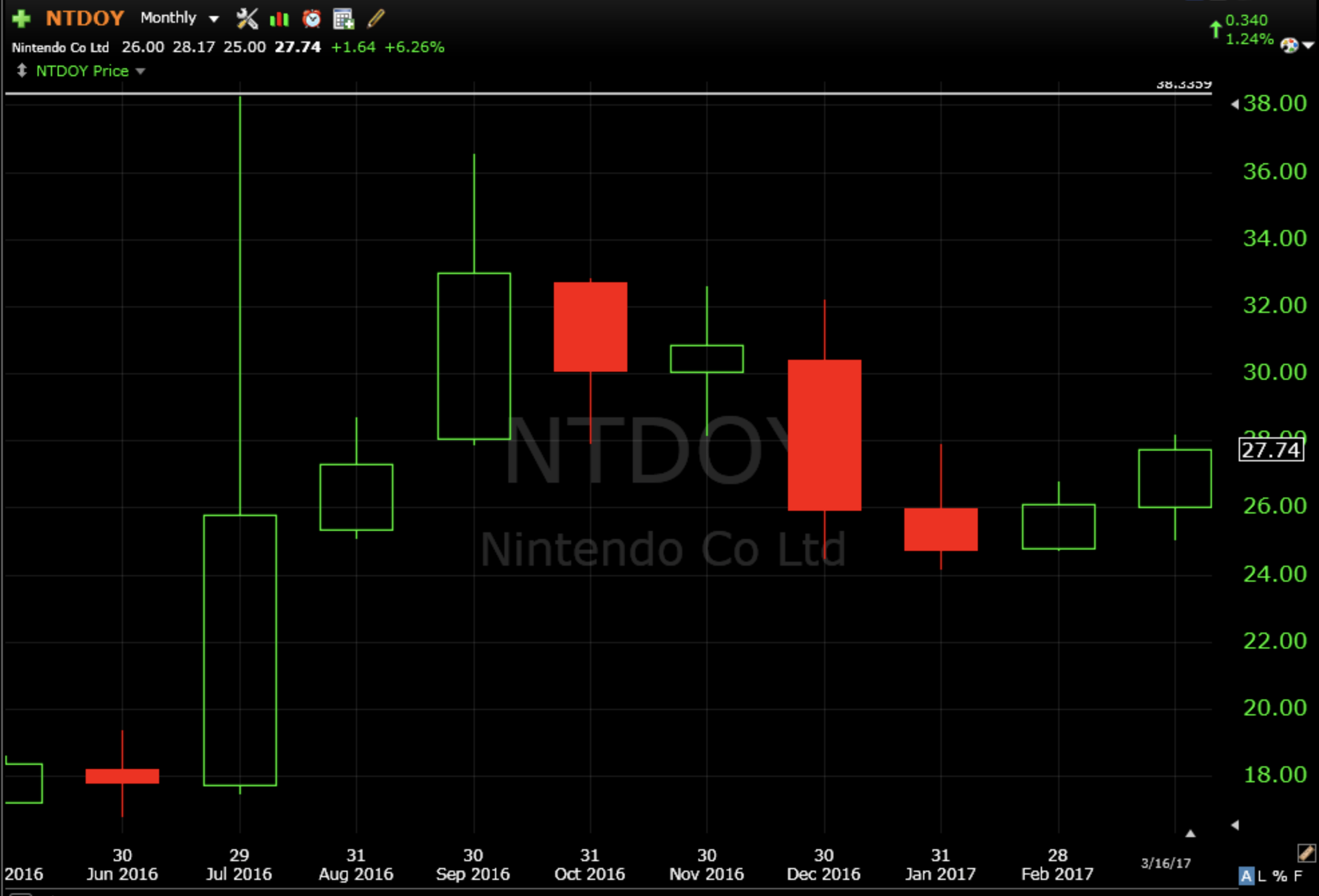 Nintendo's stock is still stuck inside of the range formed during the Pokemania of July 2016, but after trading inside month and down in December of last year, we have our first buy signal. NTDOY traded between $24.12/share and $27.89/share in January. Last month, the stock traded within that range with a low of $24.68/share and a high of $26.76/share. The current buy signal became actionable last week when the stock traded above $26.76/share and today's news confirms what the chart was already telling us.

Current momentum indicates that the stock is headed for the $30/share level. It is still a long way back to the 52 week high of $38.25/share, but it is hard to not be more bullish on this stock given today's news. Traders still have time to play NTDOY for a trade this month and as I have previously indicated, I strongly believe that Nintendo is a great long term investment.