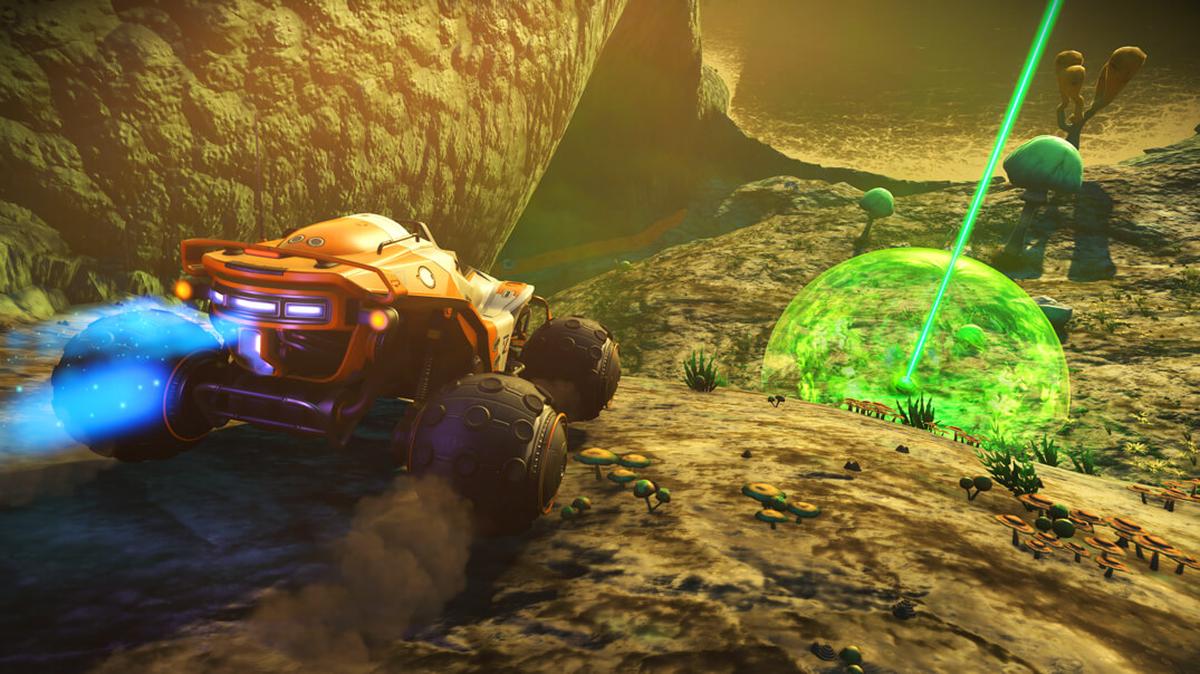 No Man's Sky has had it's share of issues, but since it's launch last year, developer Hello Games has tried to make it up to fans with several huge free updates to the game. The newest Path Finder update launches today, and adds just about everything except a kitchen sink in your spaceship.

The highlight of the update, as the name suggests, is new ground vehicles called Exocraft, which were leaked in January after some data digging by fans. There are three different models that players can unlock through base-building, offering greater speed and weapons potential.

The game now has a Permadeath mode, which add the brutality of Survival mode, but also wipes out saves and starts players from the beginning of the game. if that isn't bad enough, Survival mode has been tweaked tio add more difficulty, including damaged ships crash landing on planets. New trophies and achievements have been added to chronicle your pain.

Chris Hohbein, community manager at Hello Games, took to the PlayStation blog to bullet point the other additions:

Here's a new trailer showing off the additions. The full patch notes are below the trailer.

Here are the patch notes for the update: